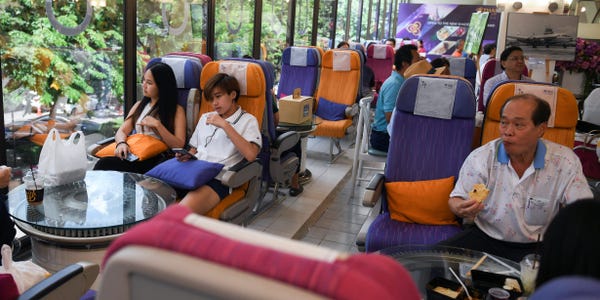 Thai Airways has opened a pop-up restaurant in its Bangkok headquarters, so that customers missing the days of in-flight dining can get their fill.

The coronavirus pandemic has decimated commercial air travel, and the Thai Airways fleet has been grounded for months.

Thailand banned all passenger flights on April 4 but Thai Airways, which is 48% government-owned, took the novel step of bringing the in-flight experience on terra firma on September 3.

The airlines has transformed the canteen in its head office into a plane-themed restaurant serving only Thai Airways in-flight meals.

On September 3, Thai Airways opened a pop-up restaurant in its headquarters in Bangkok. 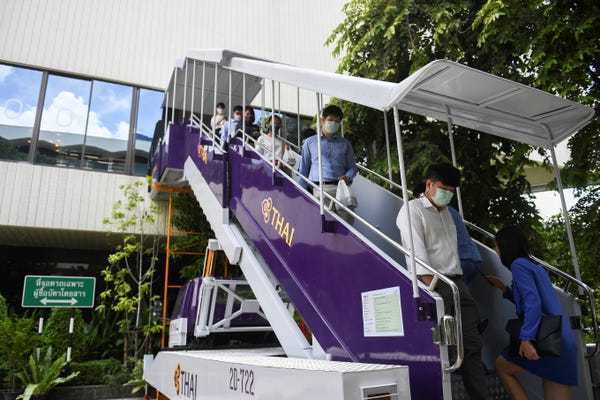 The office's usual cafeteria has been transformed. Chairs have been replaced with airplane seats, and tables have been crafted from old plane engine parts. 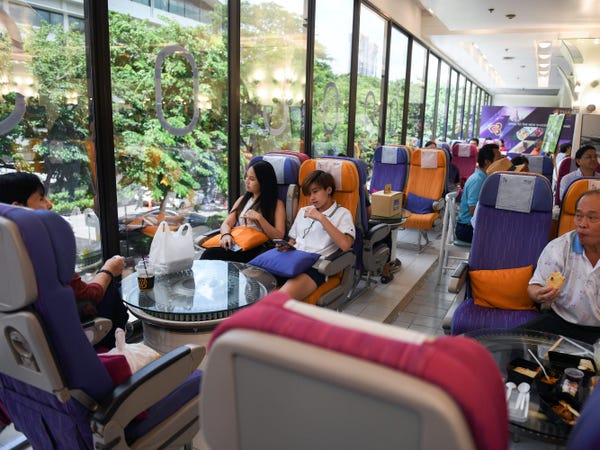 The old menu has been cast aside, and is now exactly the same as onboard Thai Airways flights. 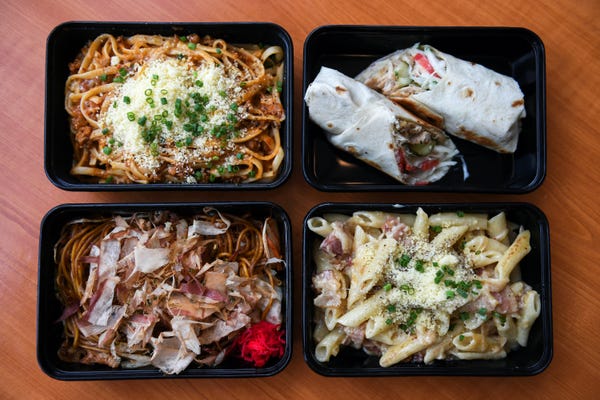 A bakery breakfast is served from 7 a.m. and the airline's main international menu begins at 9 a.m.

Included on that menu are: Caesar Salad, Japanese yakisoba, and shwarma kebabs, according to the travel website Sam Chui.

Thai Airways has been offering its leftover in-flight meals as takeout since April, The Guardian previously reported.

Thai Airways cabin crew, kitted out in their uniforms, are on hand to welcome diners to the experience. 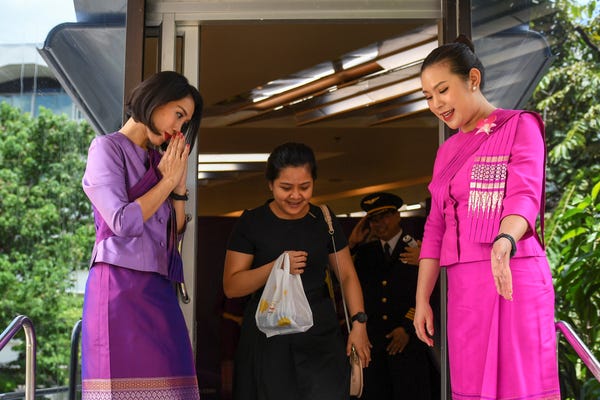 To get in, customers need to book online and download their "special boarding pass" to be scanned on entry. 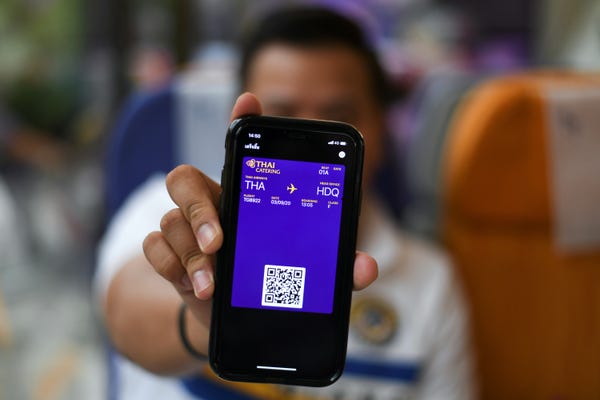 One retired pilot, Varavut Chevavej, came back to volunteer at the pop-up restaurant. 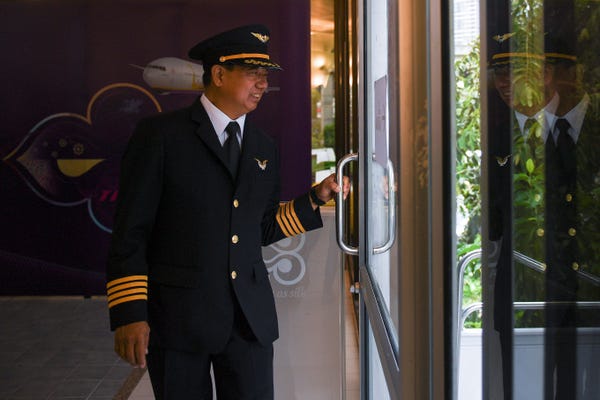 One diner, Kanta Akanitprachai, 50, told Reuters: "I like the in-flight meals on Thai Airways, but we only get to have it when we fly."

"Today we get to have it here, that's good because we want to eat."

There is also a choice between economy and business class seating. 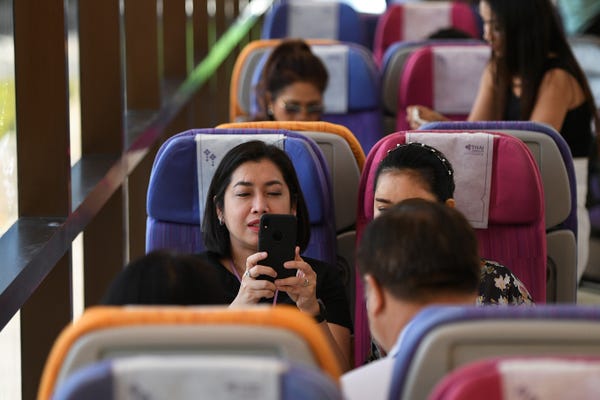 Customers at Thai Airways' pop-up appear not to be the only people missing plane food. Indonesia's Garuda and Cathay Pacific are reportedly also offering their leftover in-flight meals as takeout. 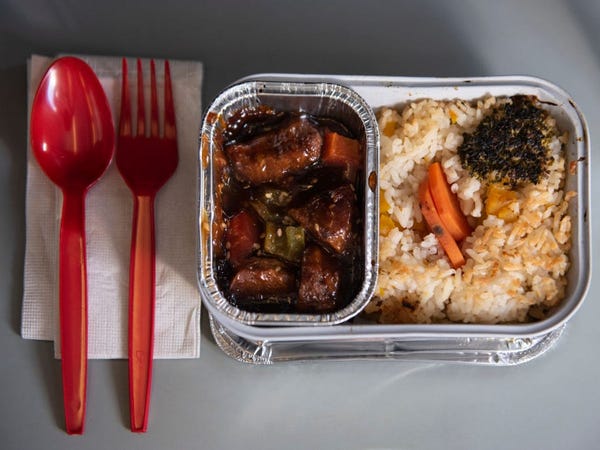 Most of the Thai Airways fleet has been grounded since April as a result of the coronavirus pandemic. 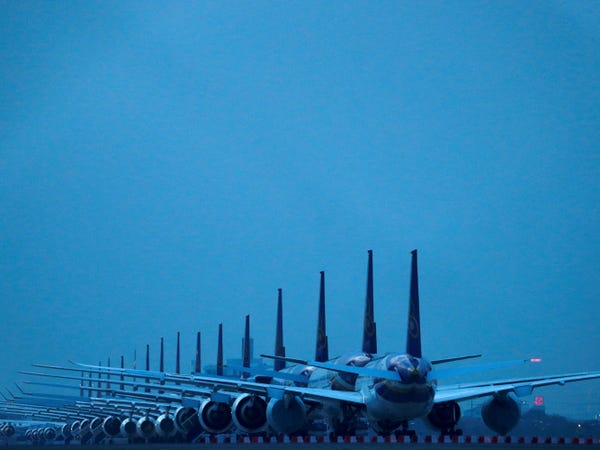 The airline appeared to be close to filing for bankruptcy, but asked the government in May for a $1.8 billion bailout. 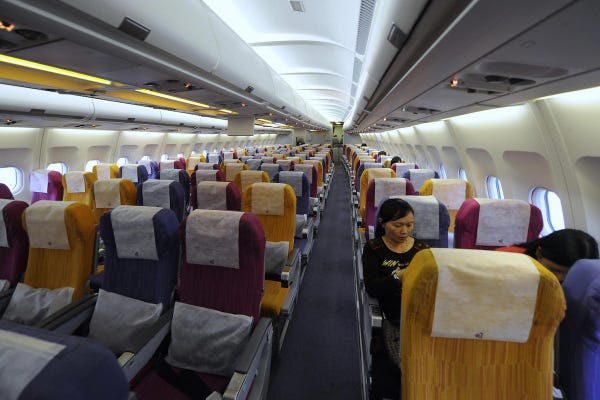 Thailand's bankruptcy court is currently considering the restructuring plan proposed by the airline.

The Thai government owns 48% of the airline.