Indonesia tsunami-quake death toll could soar over 2,000 as it is revealed 1,000 people are still missing

More than 2,000 people may have died in the devastating earthquake and tsunami in Indonesia, it has emerged, with more than a thousand still missing.

Some 1,424 people have already been confirmed dead and buildings were reduced to rubble after monster earthquake struck on Friday, sending destructive waves barrelling into Sulawesi island.

Hundreds have been buried in mass graves as overwhelmed authorities race to avert a disease outbreak from corpses rotting in the tropical heat.

Around 1,000 people are still missing in the neighbourhoods of Petobo, Balaroa and Sigi near the city of Palu which was wrecked by the disaster, Sky News reported. 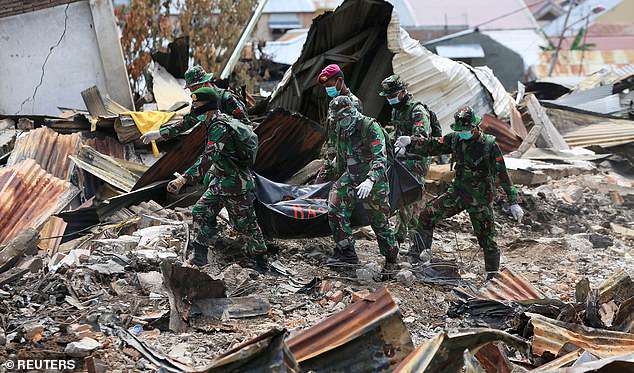 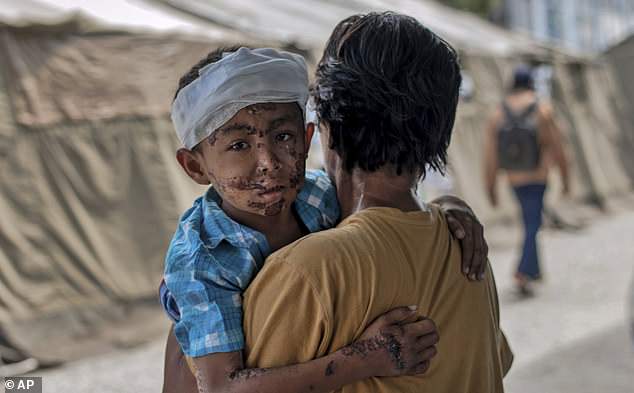 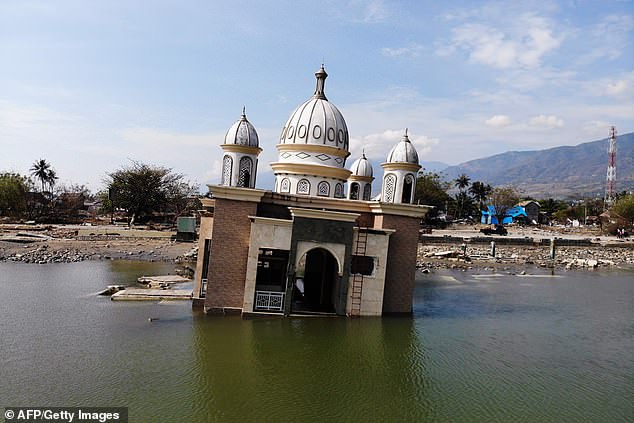 Police have been rounding up dozens of suspected looters and the military warned that soldiers will fire on anyone caught stealing.

Electricity was restored and some shops began reopening today but efforts to get aid to hungry and thirsty victims, many now homeless and sleeping in evacuation camps, were slow to get off the ground due to severed transport links.

Some banks reopened and a major mobile phone network was back in operation in the stricken city of Paluk, 370,000

A team of French rescuers were in Palu and helping search teams on Thursday, while NGO Oxfam said it expects to be on the ground by Saturday.

Palu airport, badly damaged in the twin disaster, finally re-opened to all flights Thursday, allowing the international aid effort to ramp up.

The Indonesian government initially refused to accept international help, insisting its own military could handle the response.

But as the scale of the disaster became clear President Joko Widodo reluctantly agreed to allow in overseas aid.

Desperate survivors, some crying, waited to get a spot on the vessel which was set to return to the city of Makassar in southern Sulawesi, and brief scuffles broke out with soldiers. 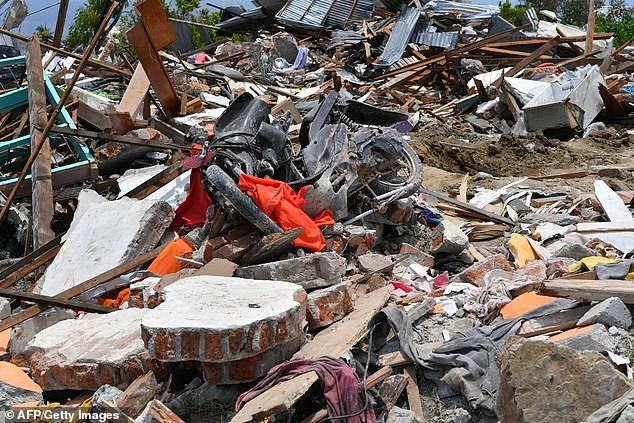 Wreckage in a devastated area of the Petobo subdistrict in Palu where 1,000 are still missing 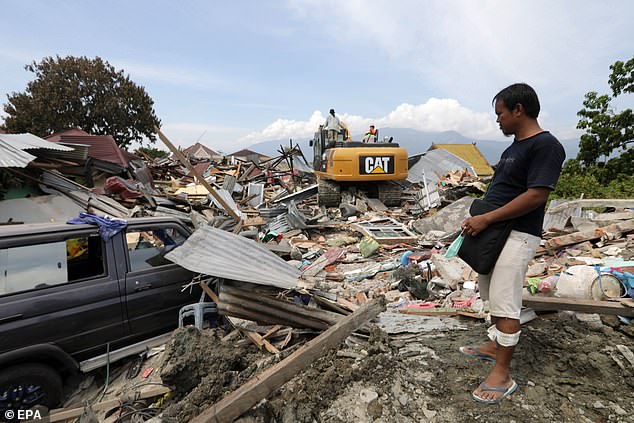 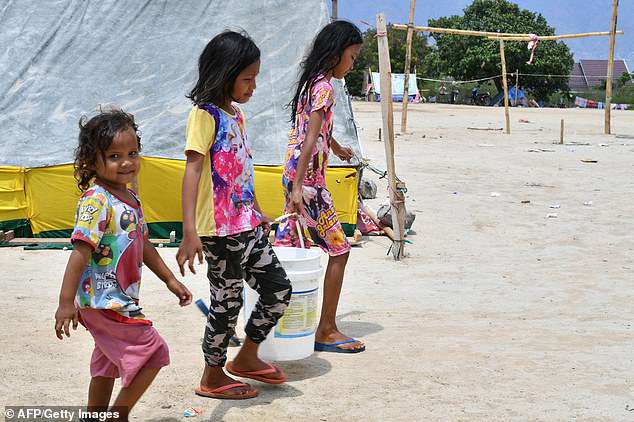 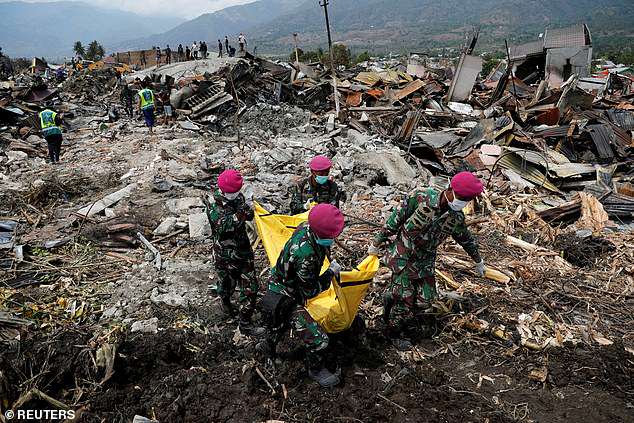 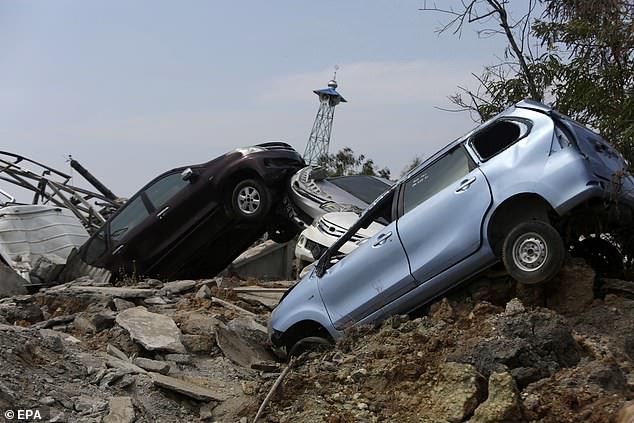 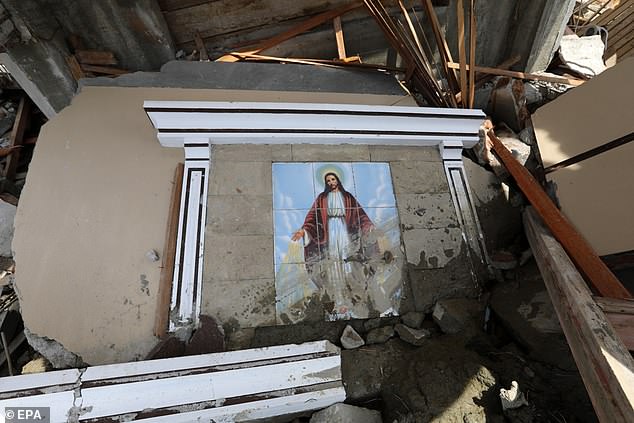 A Belgian remains missing while over 100 other foreigners in the ravaged area have been evacuated, the disaster agency said.

Indonesia, which has a longstanding problem with ‘fake news’, vowed to clamp down after false reports related to the disaster circulated online, including one saying another quake had hit Sulawesi.

‘If you spread this kind of information, you’re just going to create more suffering and confusion for people,’ said Daryono, head of the geophysics agency’s quake and tsunami information centre, who like many Indonesians goes by one name.

Rescuers seeking survivors are focusing on half a dozen key sites around Palu, including a shopping mall and the Balaroa area where the sheer force of the quake turned the earth temporarily to mush.

Rescue workers are pushing into outlying districts, where residents have said they have been scavenging for coconuts, bananas and cassava.

National disaster mitigation agency spokesman Sutopo Purwo Nugroho told a briefing the main roads to the south, west and east of Palu had been opened.

But there has been scant information about conditions on the road to the north, along the coast towards the epicentre of the quake, 50 miles from Palu. 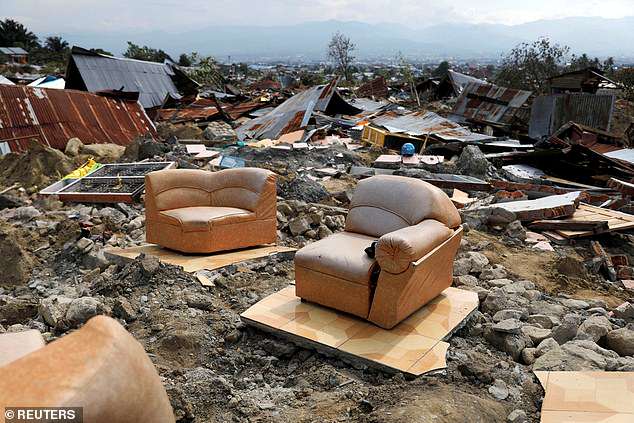 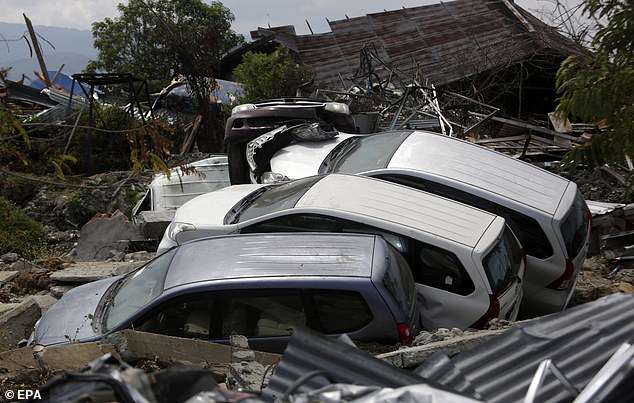 Damaged cars sit in a tsunami-devastated area at Petobo today, six days after the earthquake 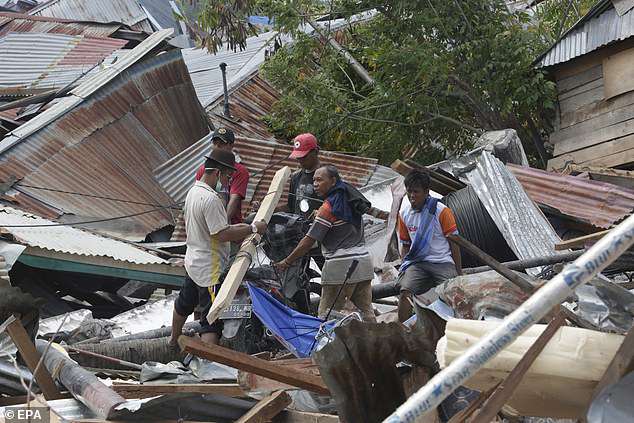 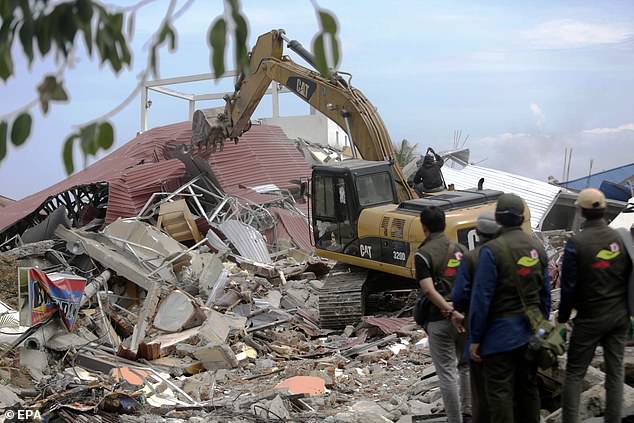 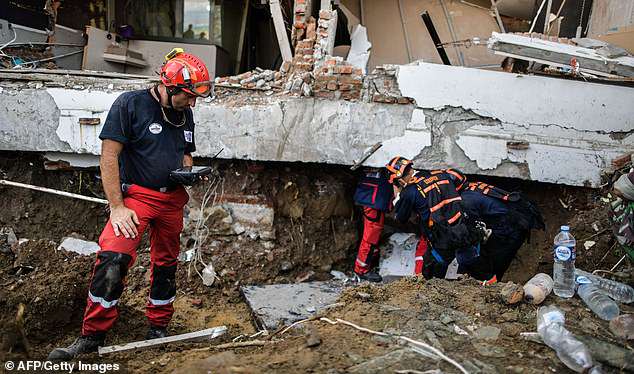 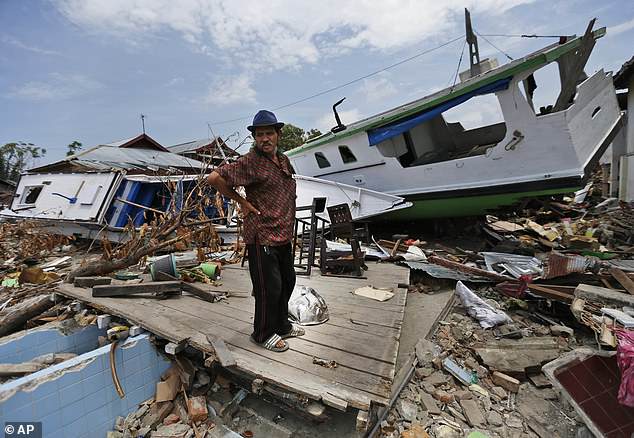 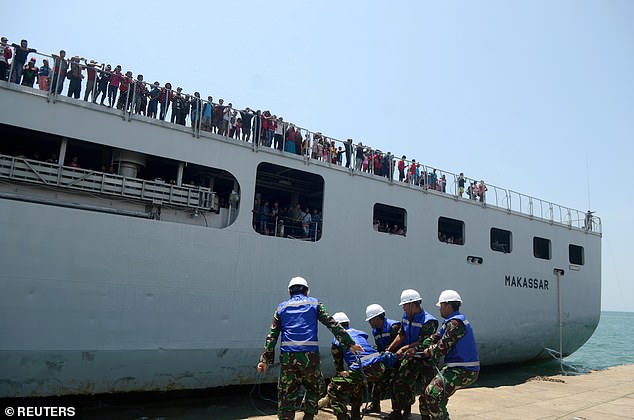 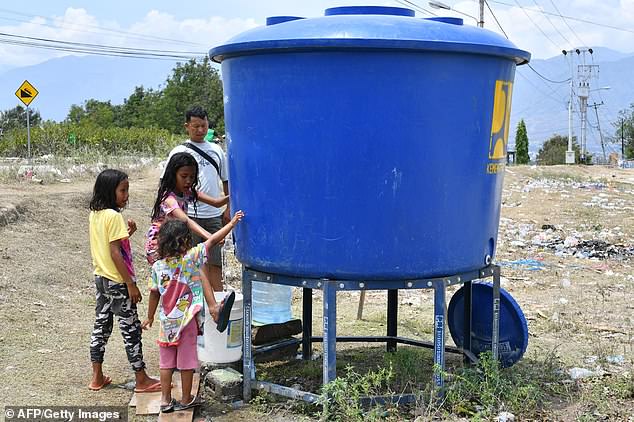 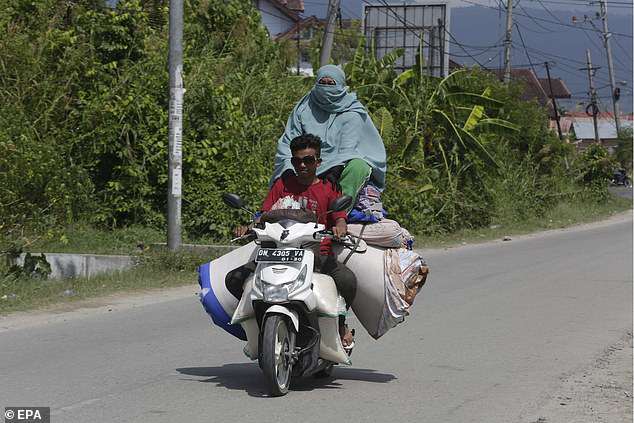