Giant waves crashed down into Palu on the island of Sulawesi, demolishing buildings and wiping crowds off beaches. 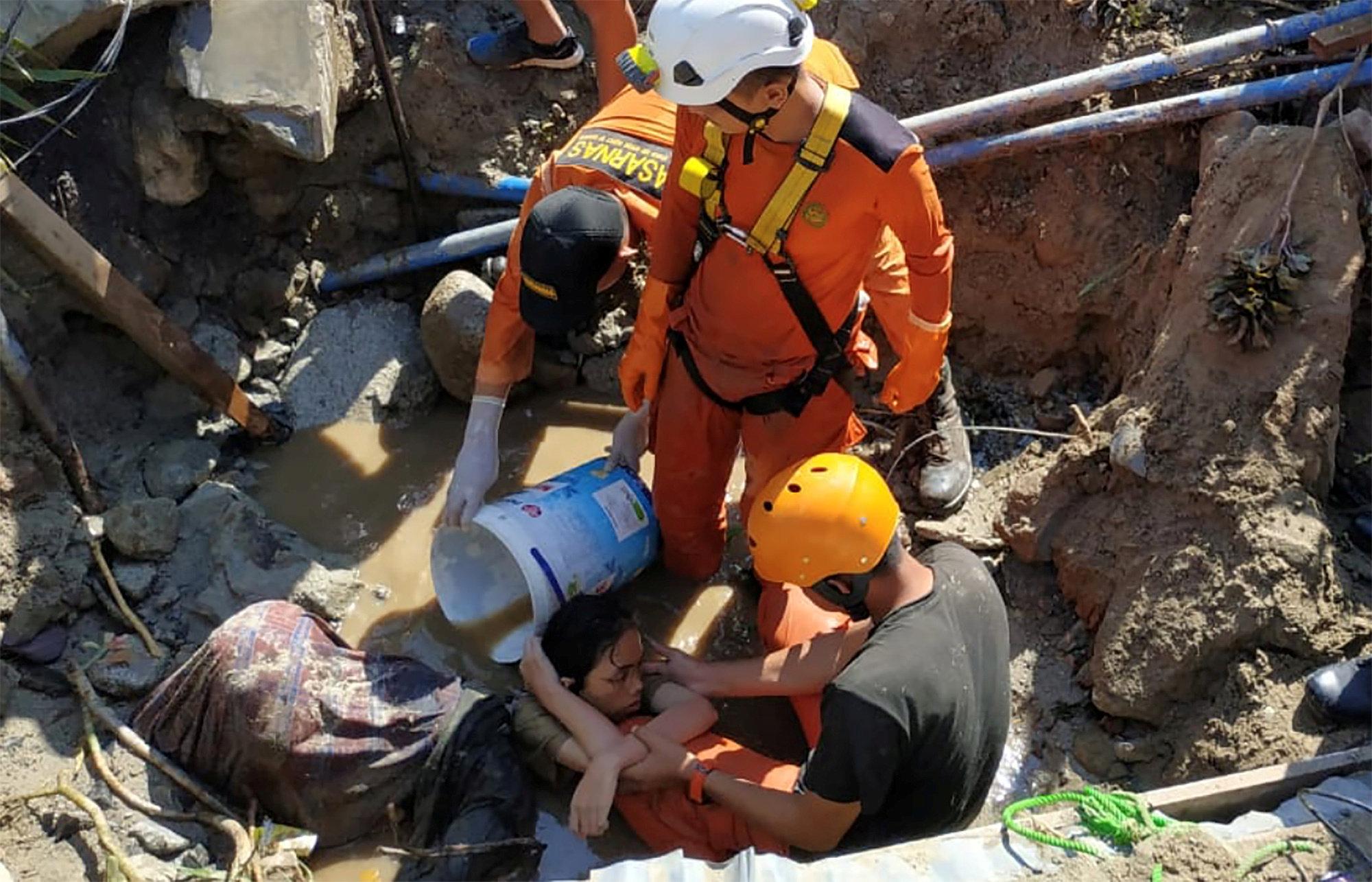 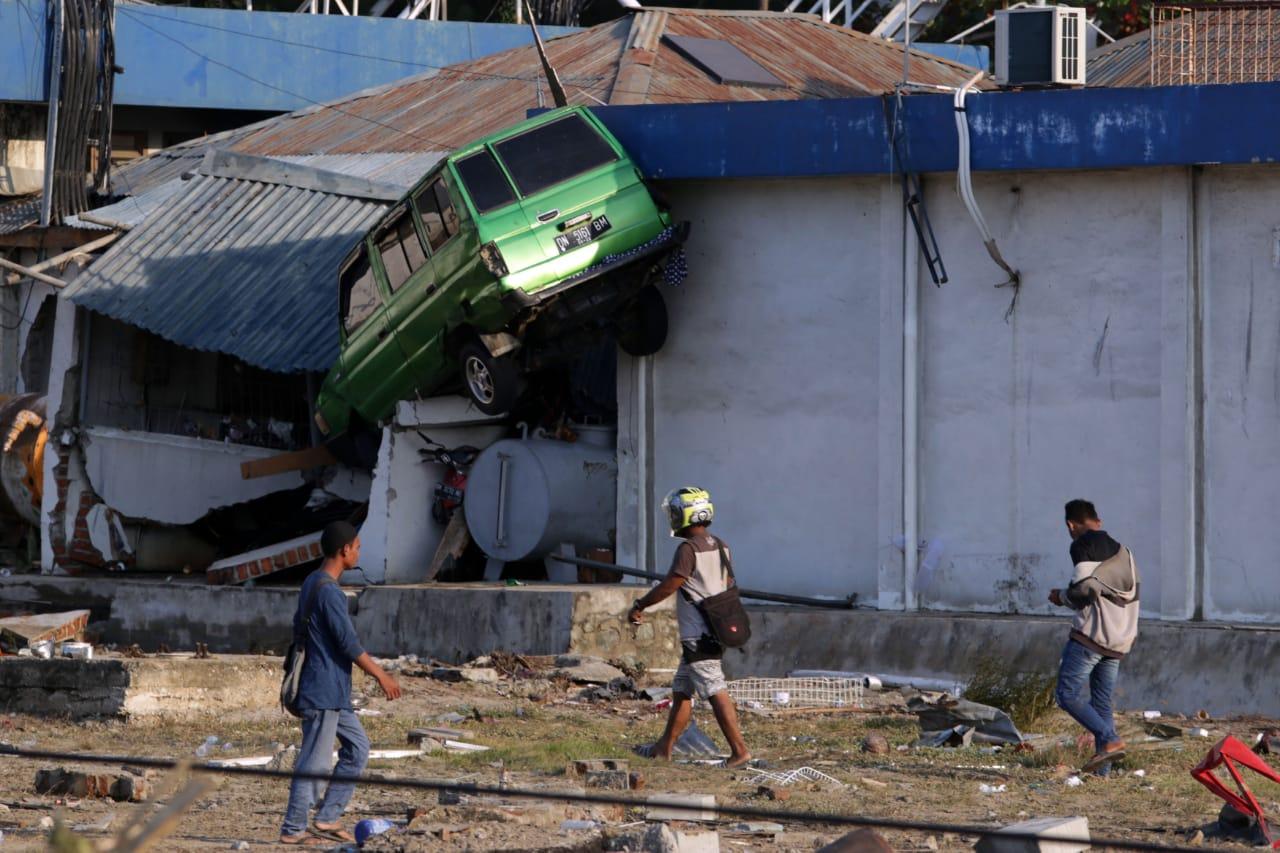 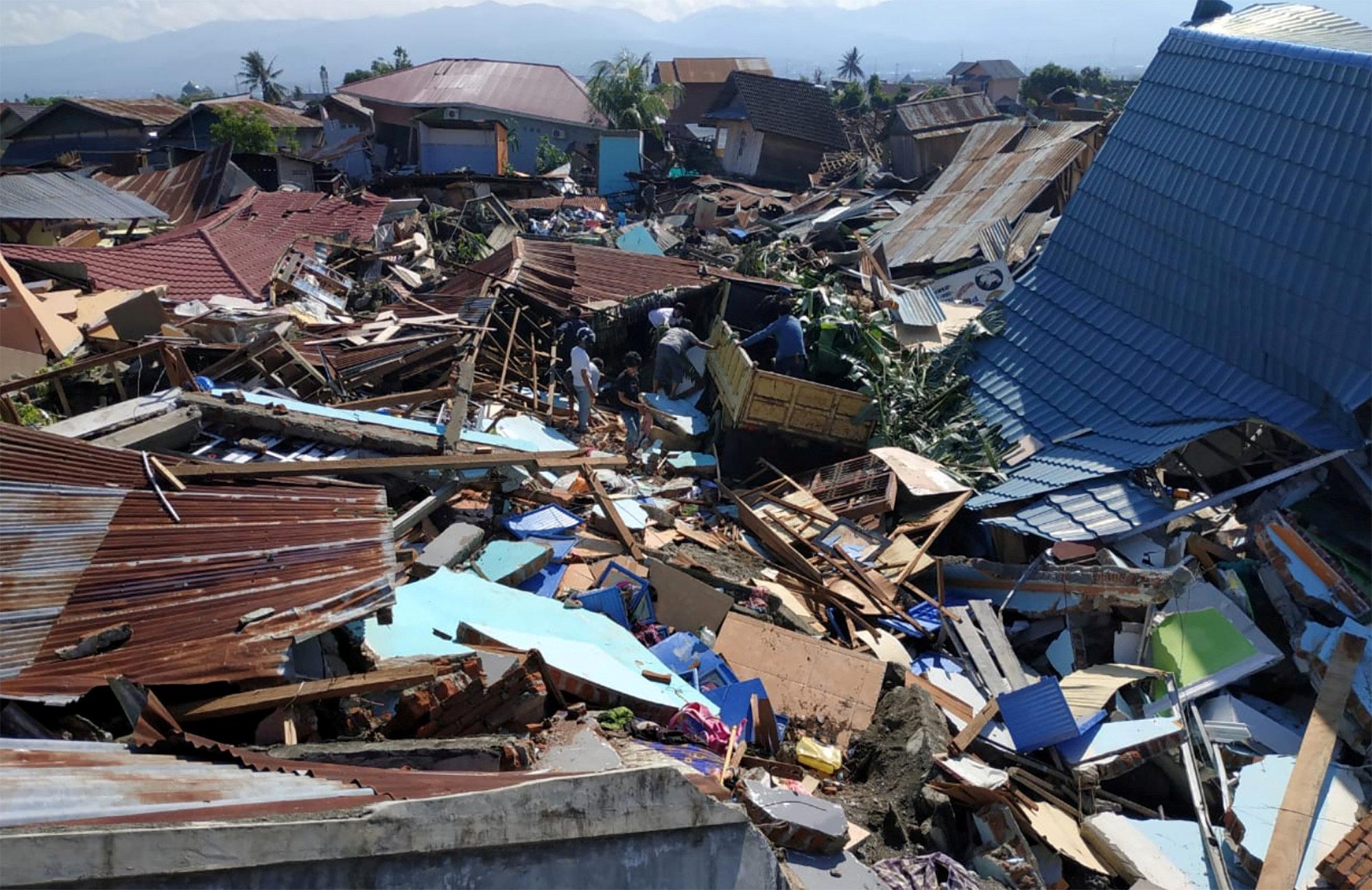 The waves were caused a 7.5 scale earthquake that hit Indonesia’s coastline on Friday.

It is believed that the death toll could rise even higher, with hundreds of people still missing.

Sutopo Purwo Nugroho, a spokesman for the national disaster mitigation agency, said: “The death is believed to be still increasing since many bodies were still under the wreckage while many have not able to be reached.” 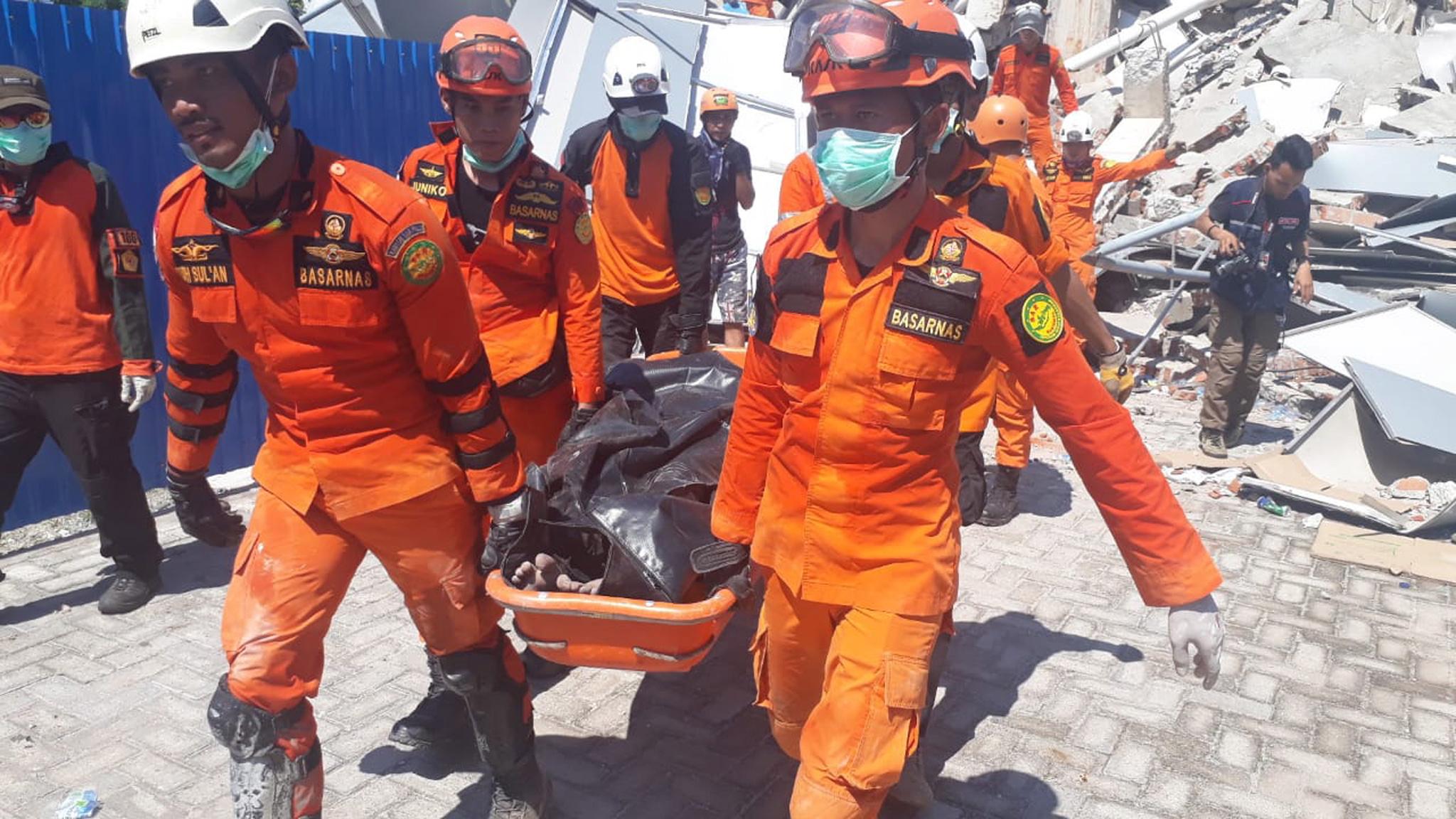 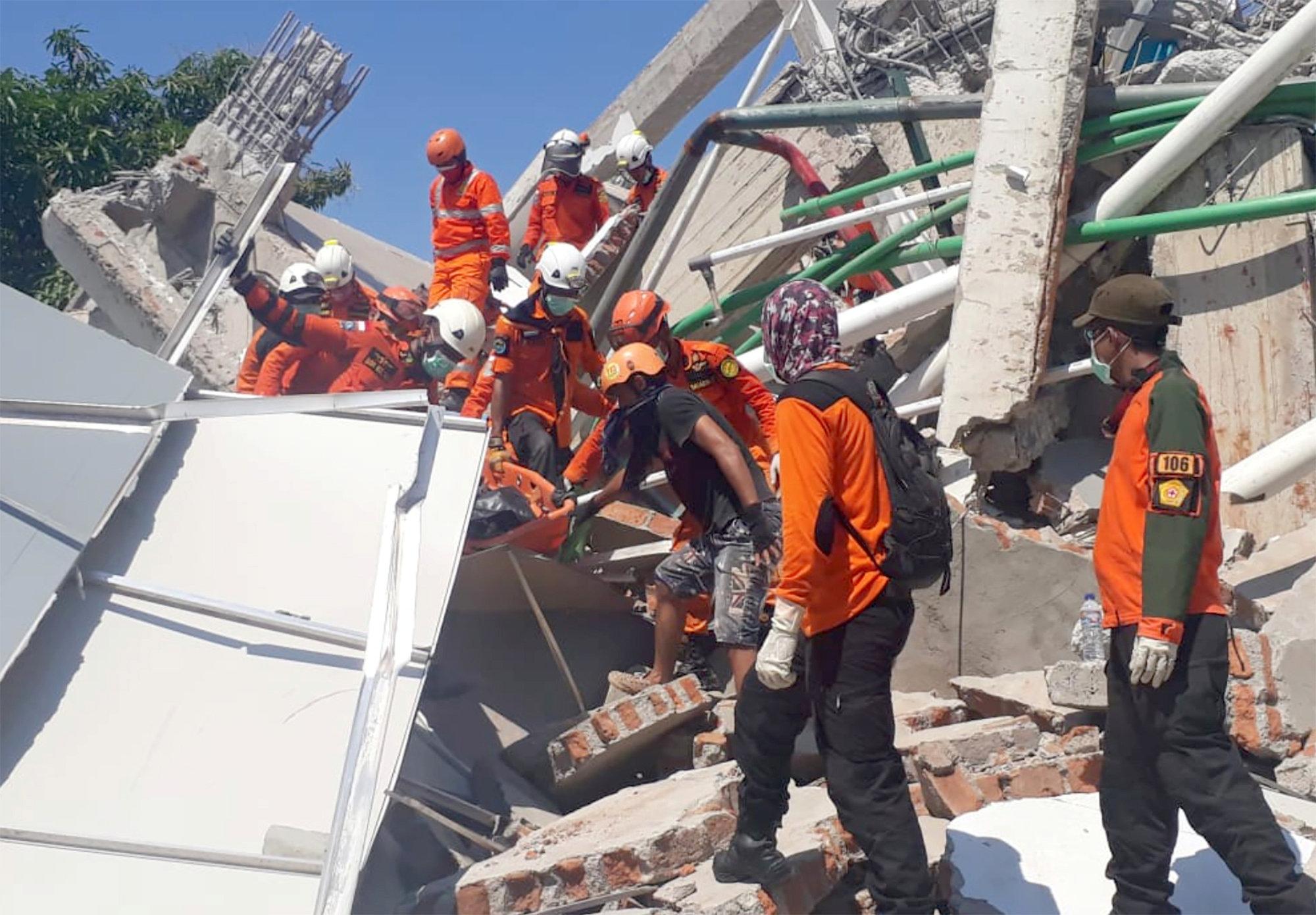 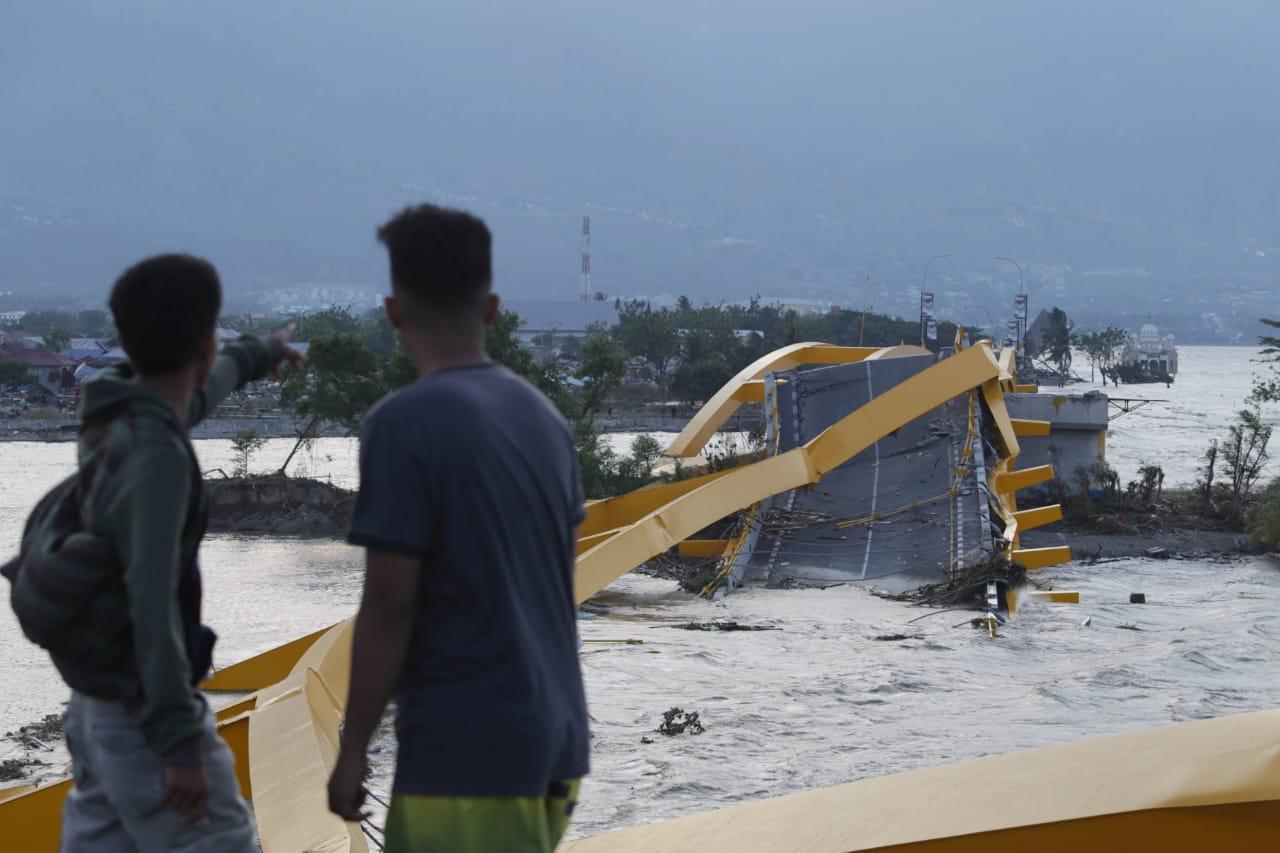 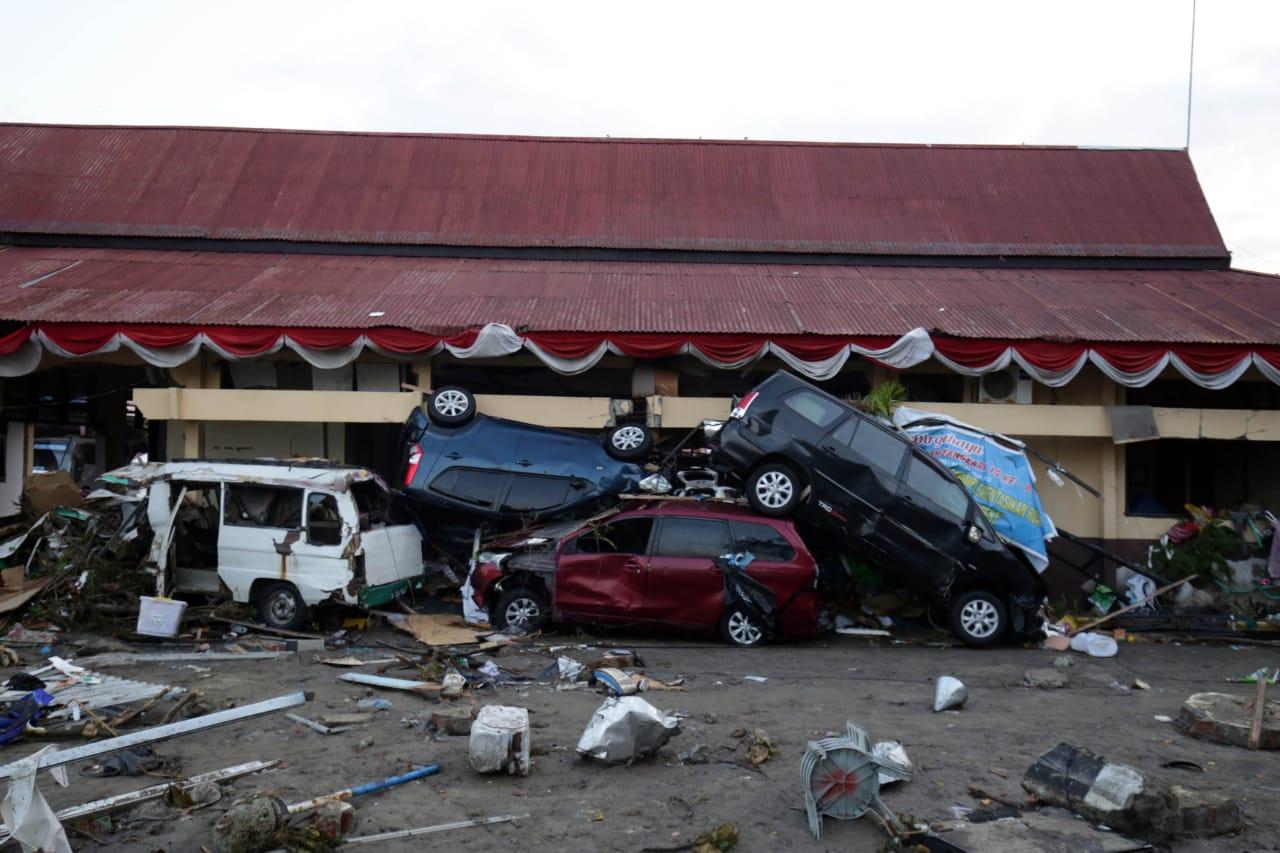 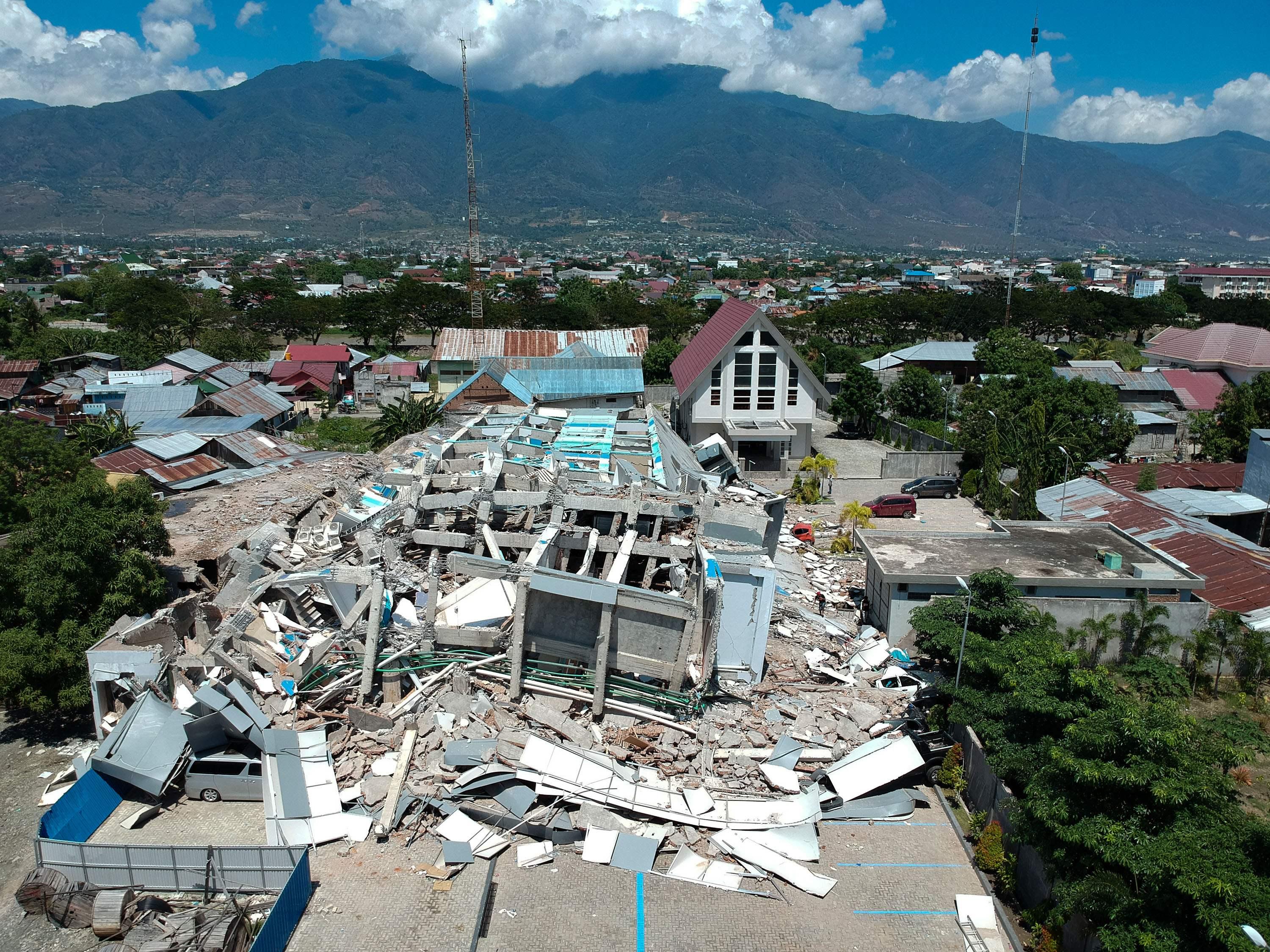 The new toll comes after Indonesian vice-president Jusuf Kalla said the number of fatalities could soar into the "thousands".

"The death is believed to be still increasing since many bodies were still under the wreckage while many have not able to be reached," he said.

Aid and supplies have been sent in via military and commercial aircraft, including helicopters, to reach badly affected areas.

Donggala, the site closest to the earthquake's epicenter, and Mamuju were also ravaged, but little information has been available to victims due to damaged roads and disrupted telecommunications.

Looters have been stealing from a badly damaged mall in Palu that was not being guarded. 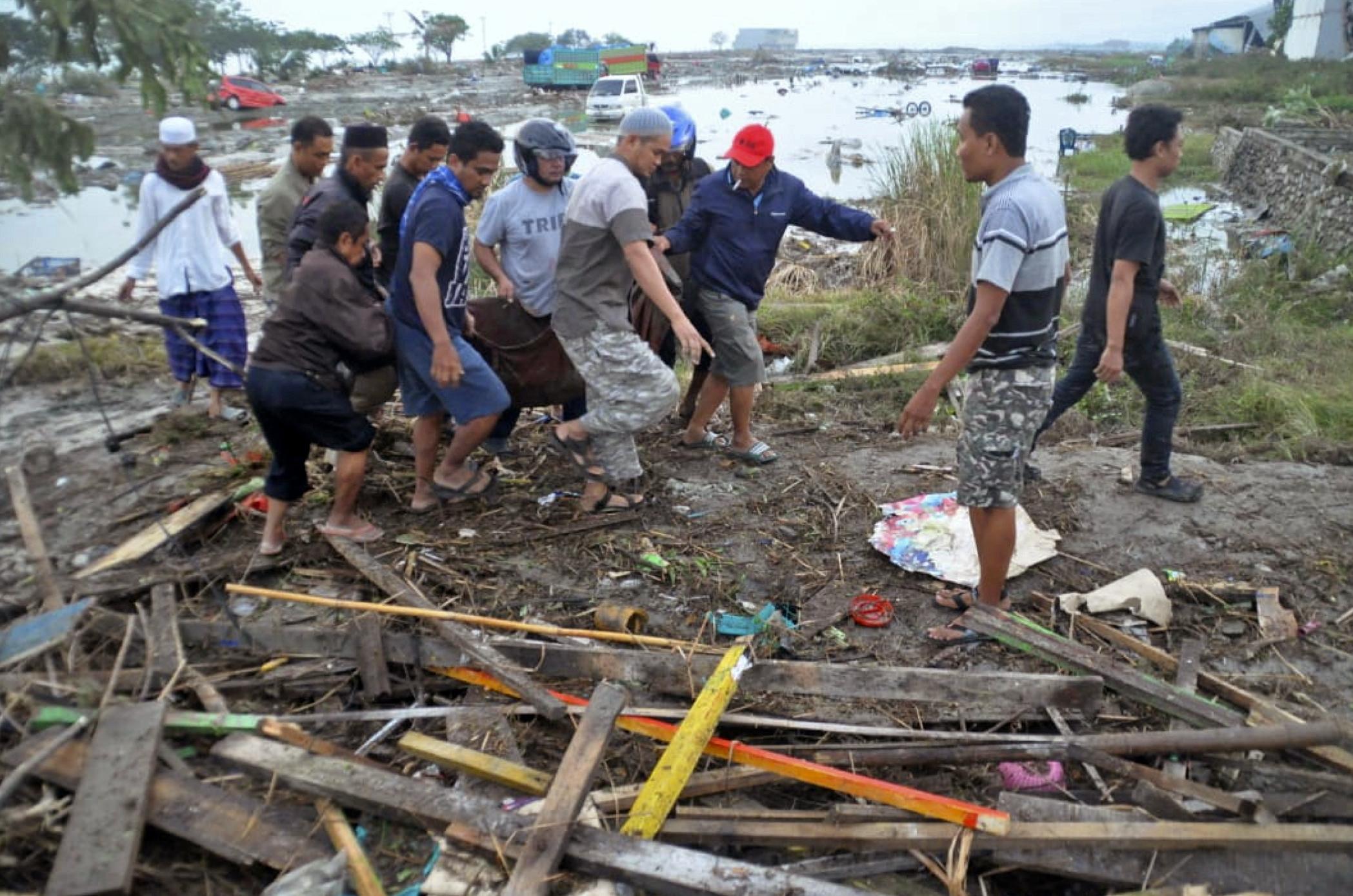 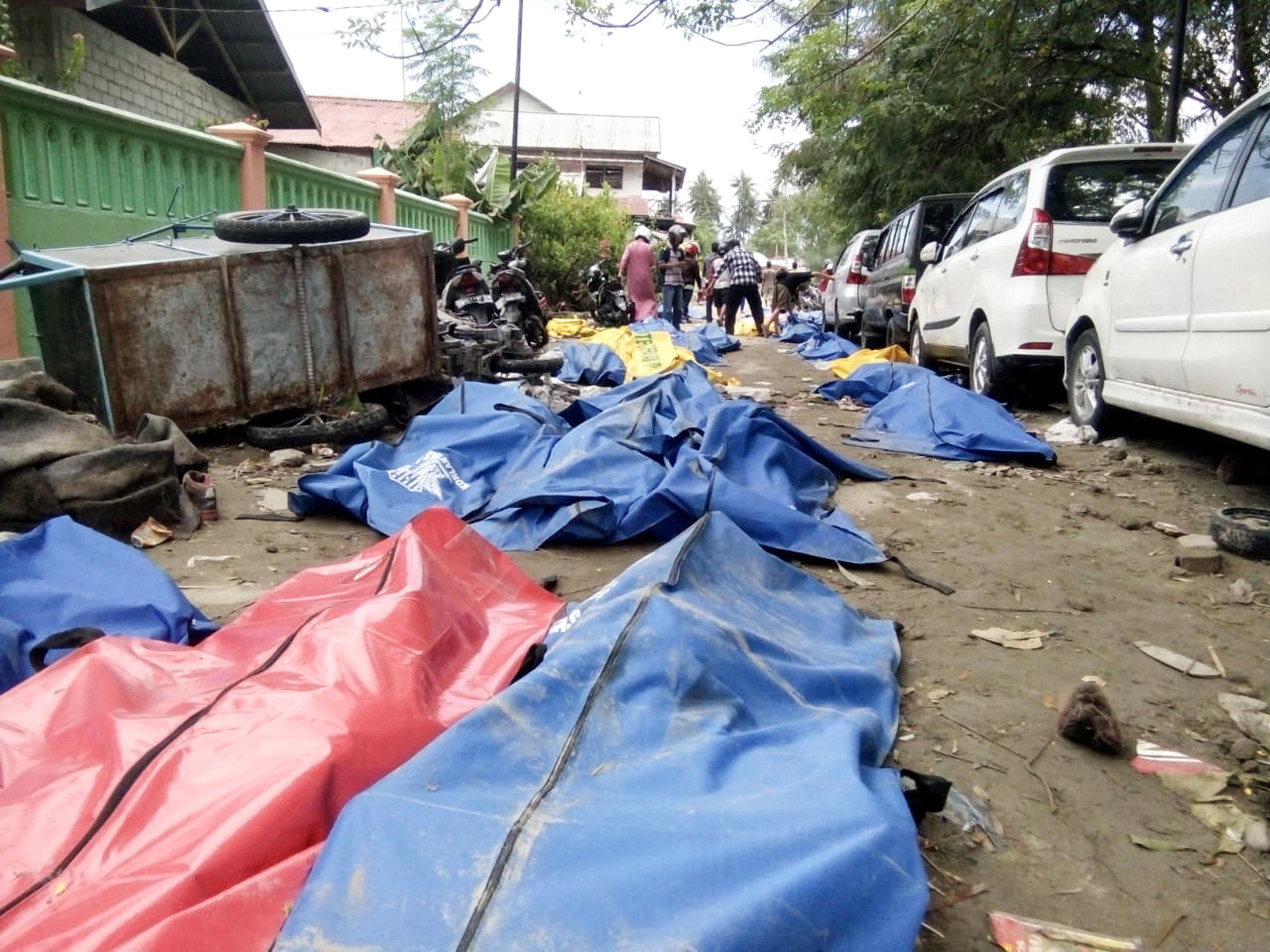 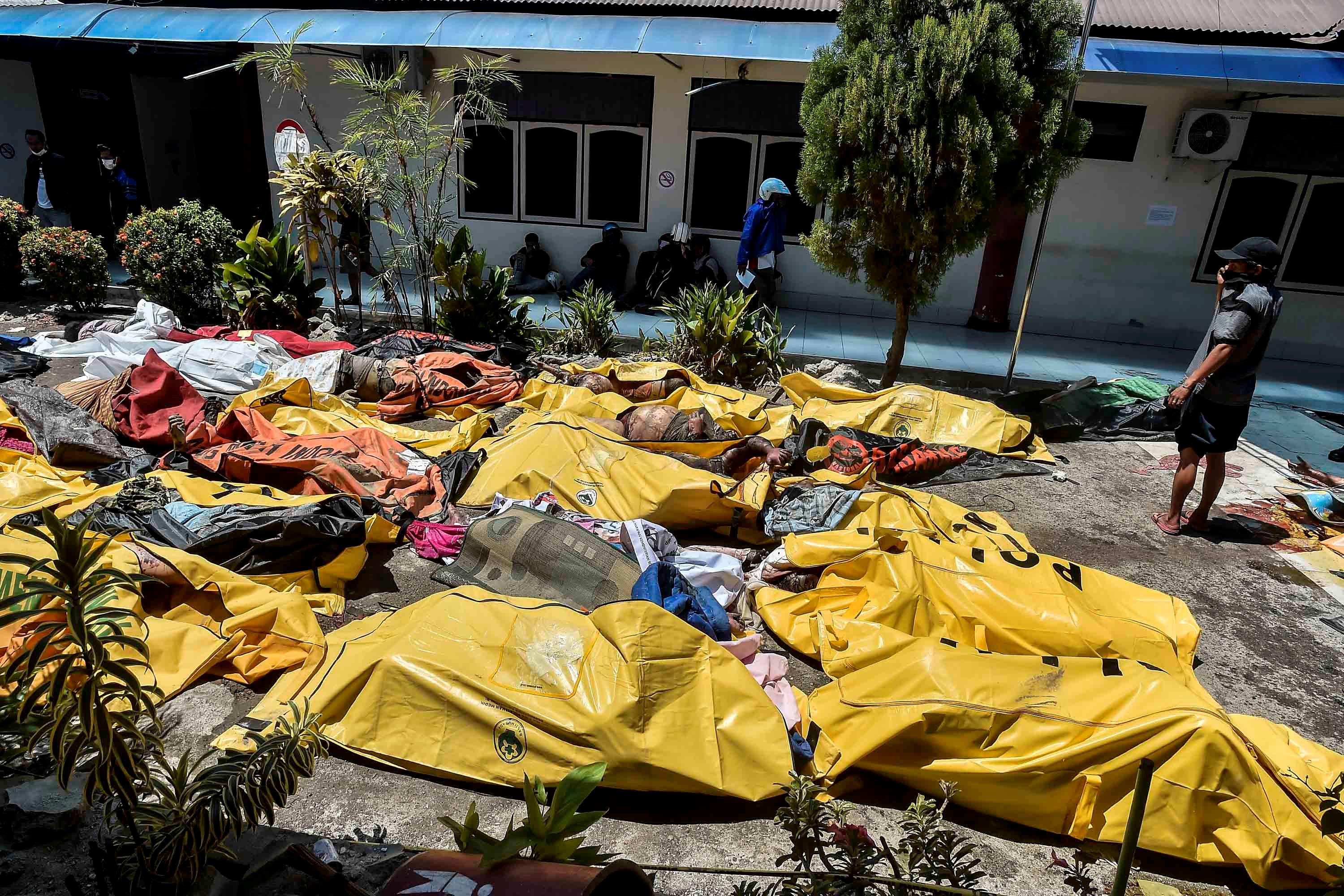 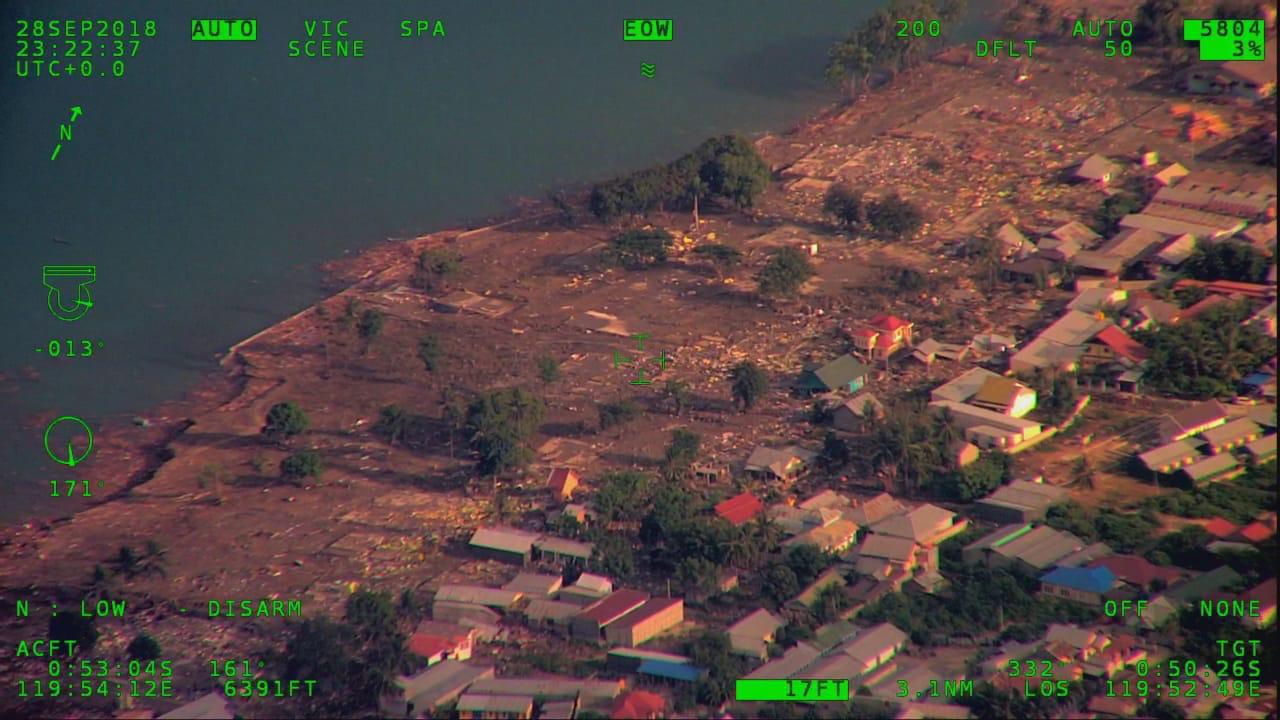 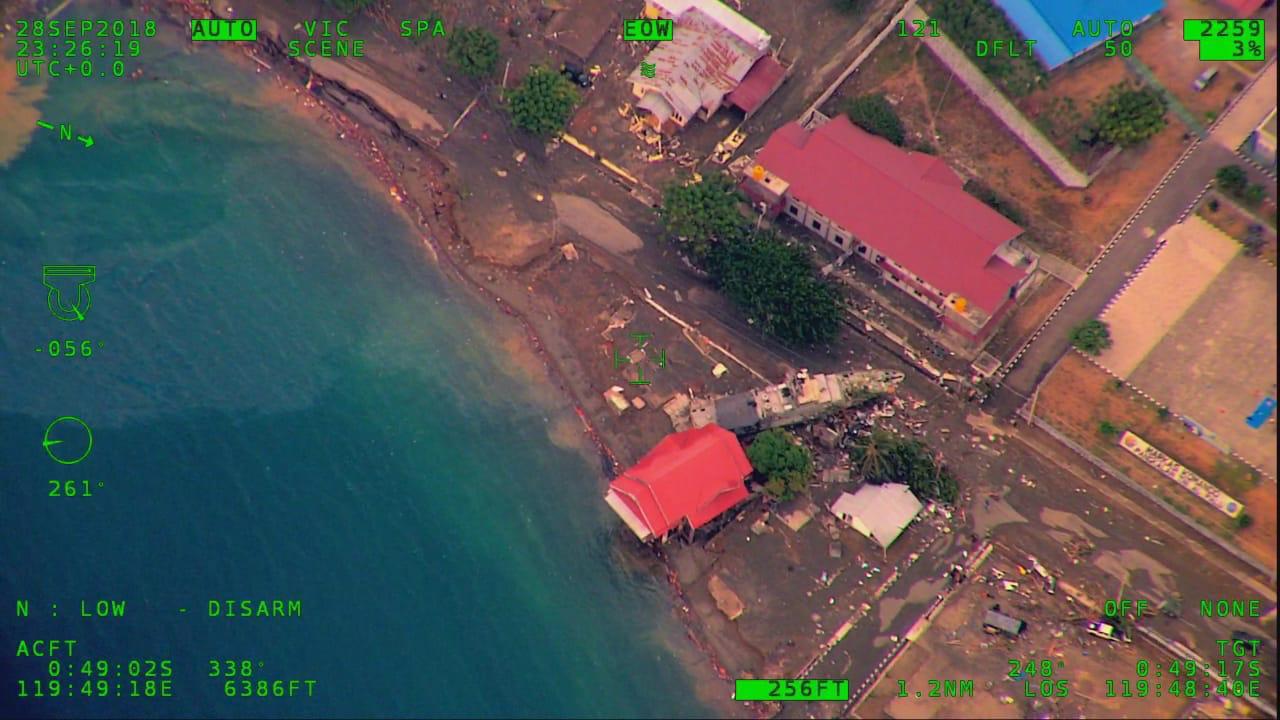 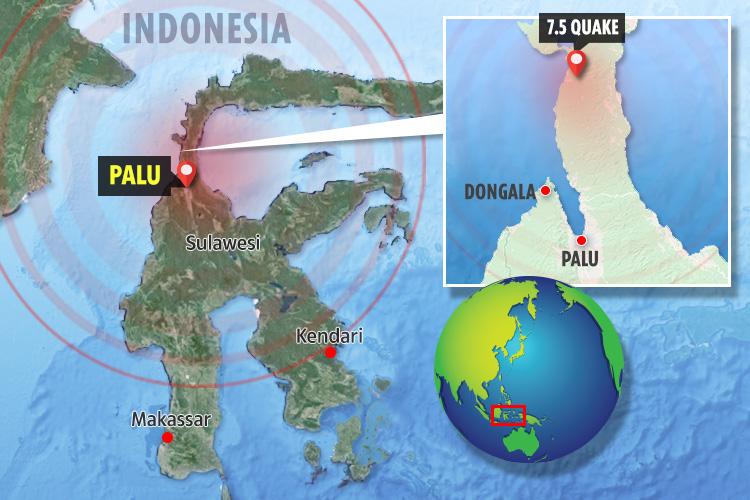 Residents were also seen returning to their destroyed homes, picking through waterlogged belongings, trying to salvage anything they could find.

Nugroho said "tens to hundreds" of people were taking part in a beach festival in Palu when the tsunami struck at dusk on Friday.

Dwi Haris, who suffered a broken back and shoulder in the chaos, broke down as she described the ordeal.

She said:"There was no time to save ourselves. I was squeezed into the ruins of the wall, I think.

"I heard my wife cry for help, but then silence. I don't know what happened to her and my child. I hope they are safe."

The tsnumai was the latest natural disaster to hit Indonesia, which is frequently struck by earthquakes, volcanic eruptions because of its location on the "Ring of Fire," an arc of volcanoes and fault lines in the Pacific Basin. 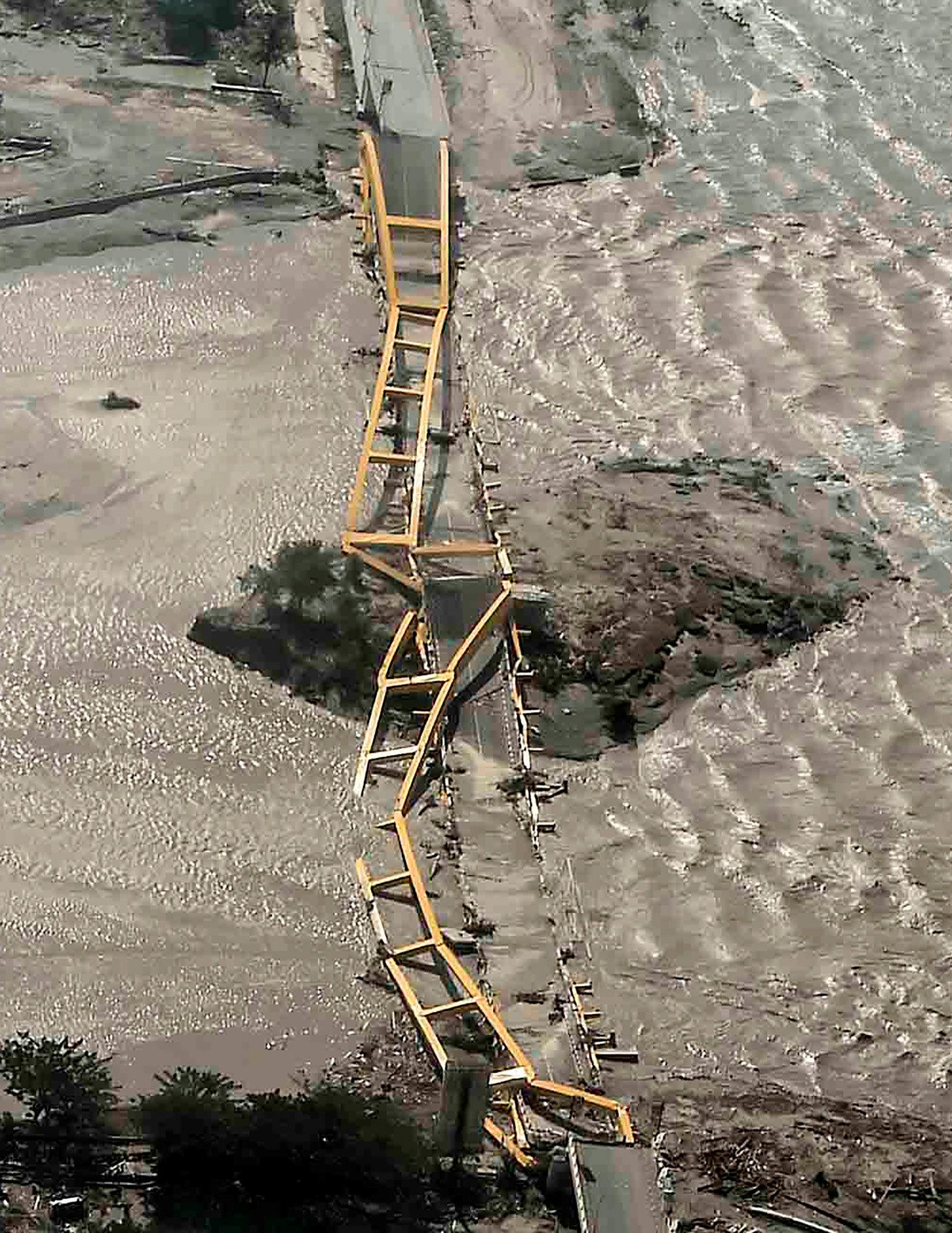 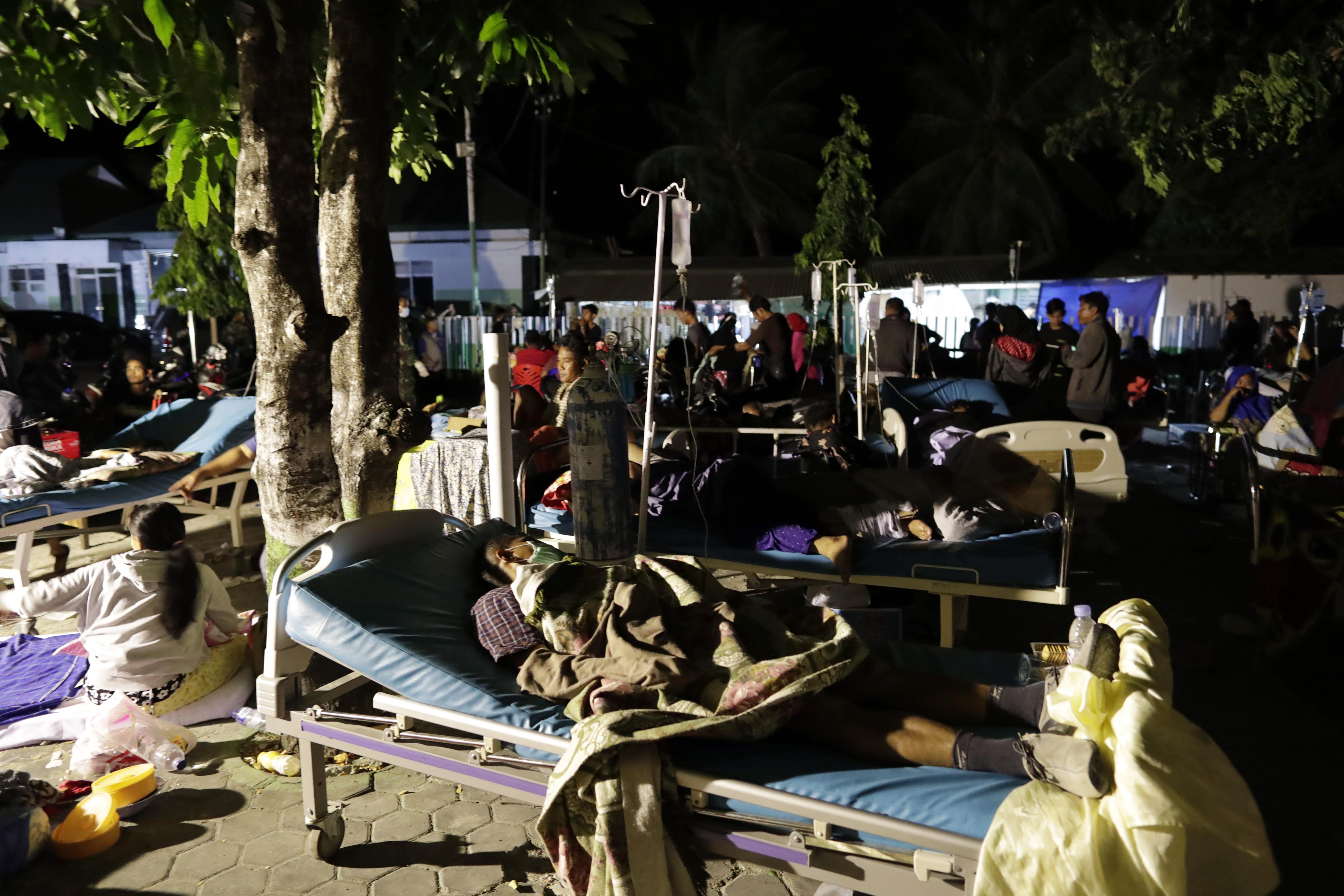 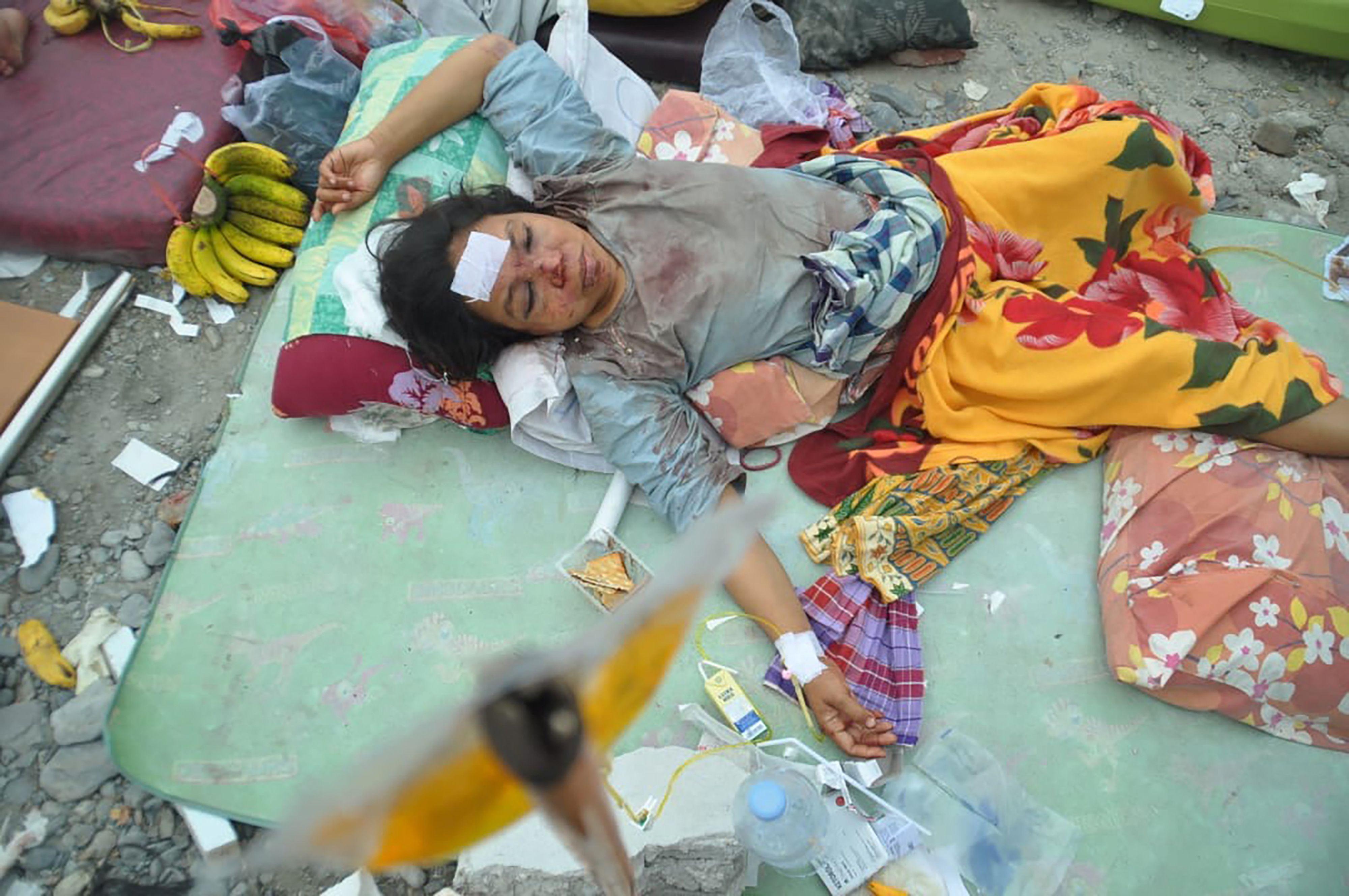 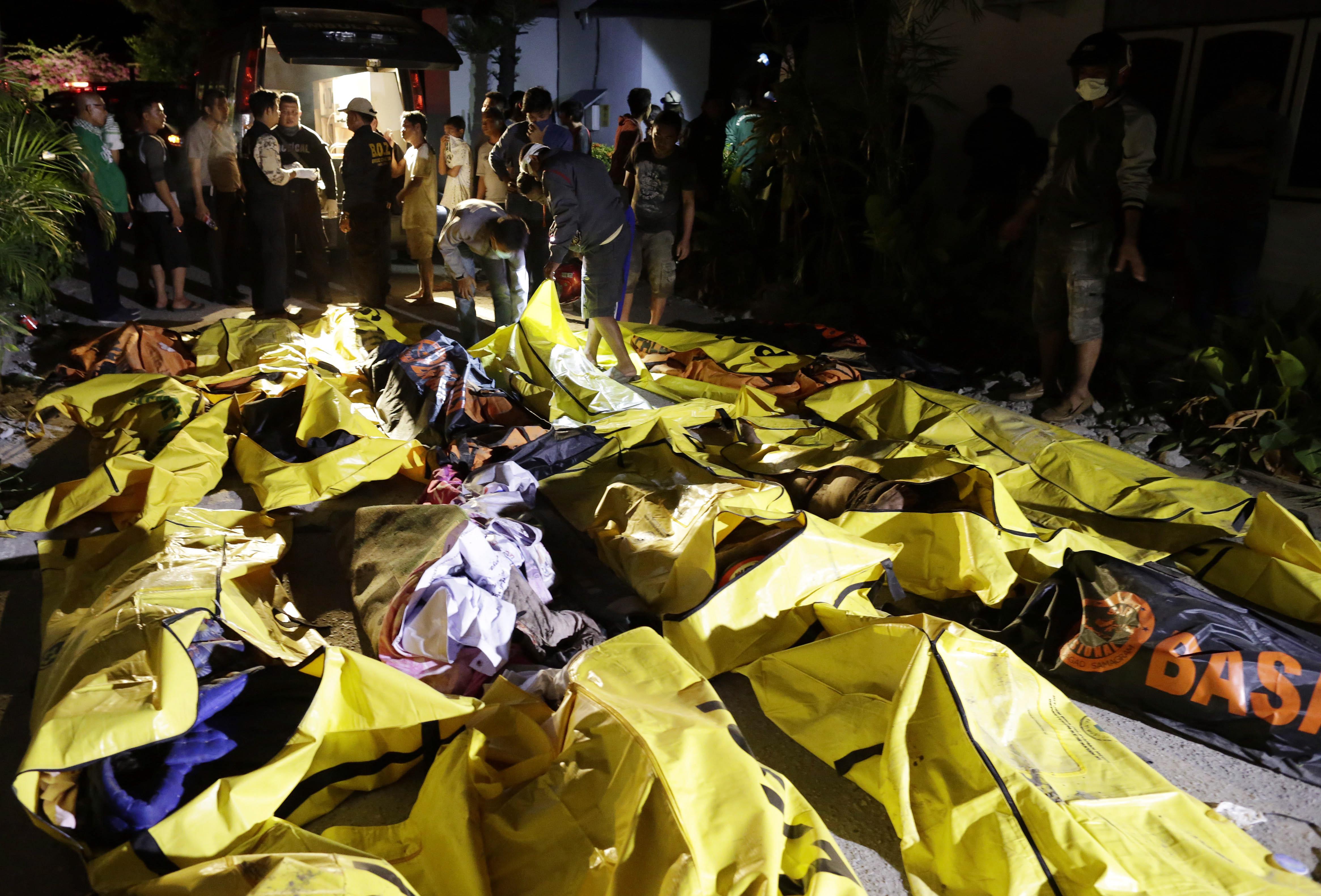 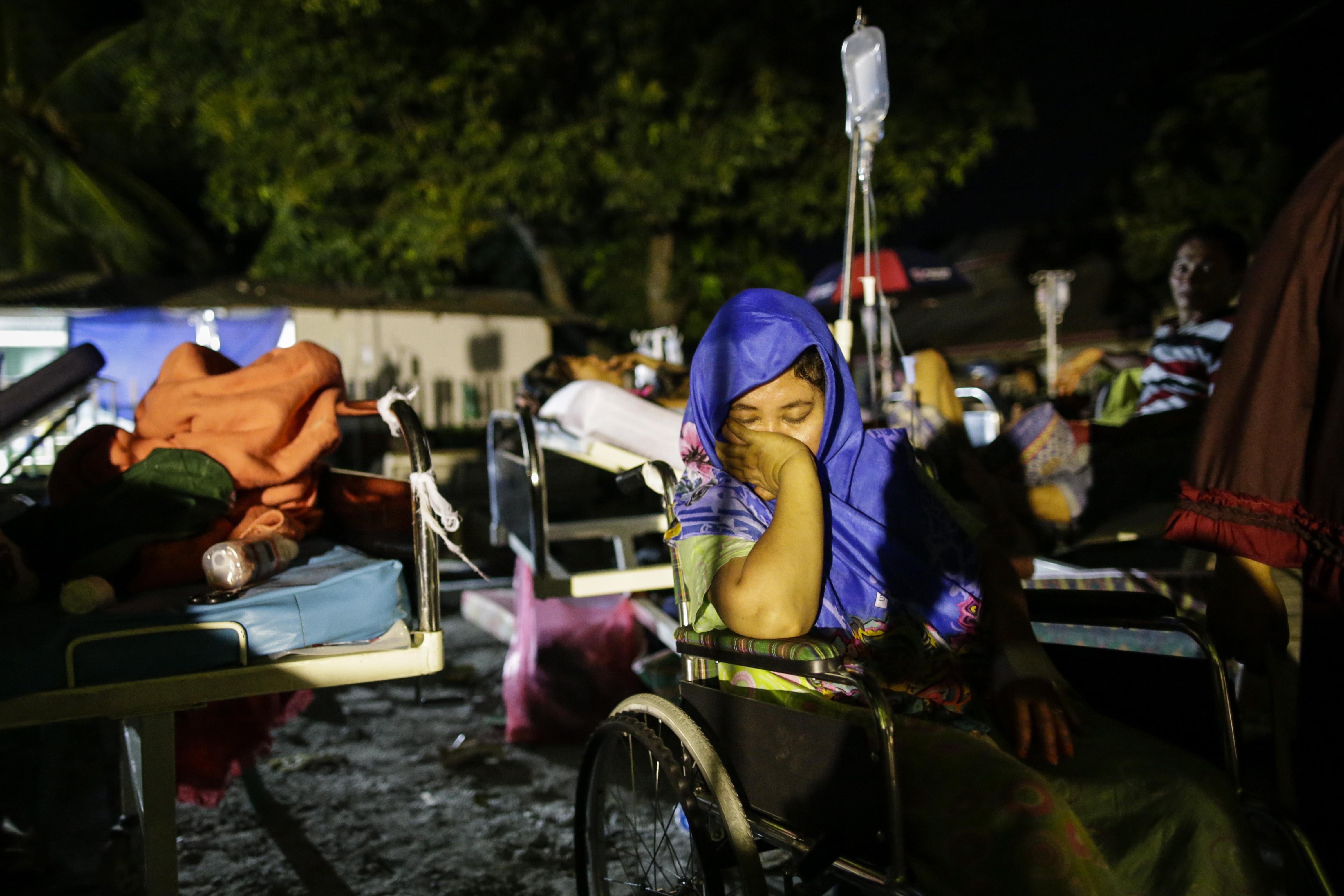 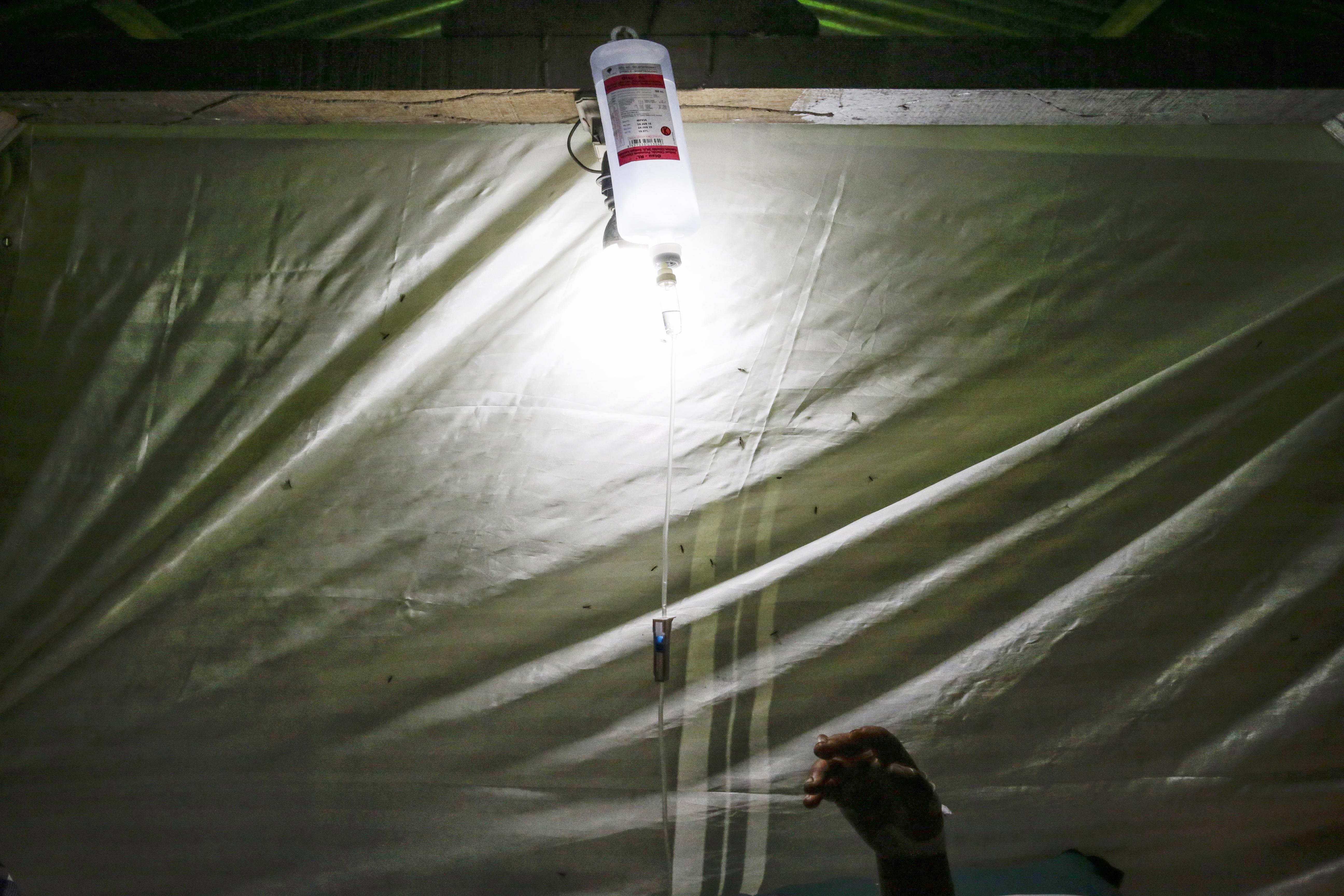 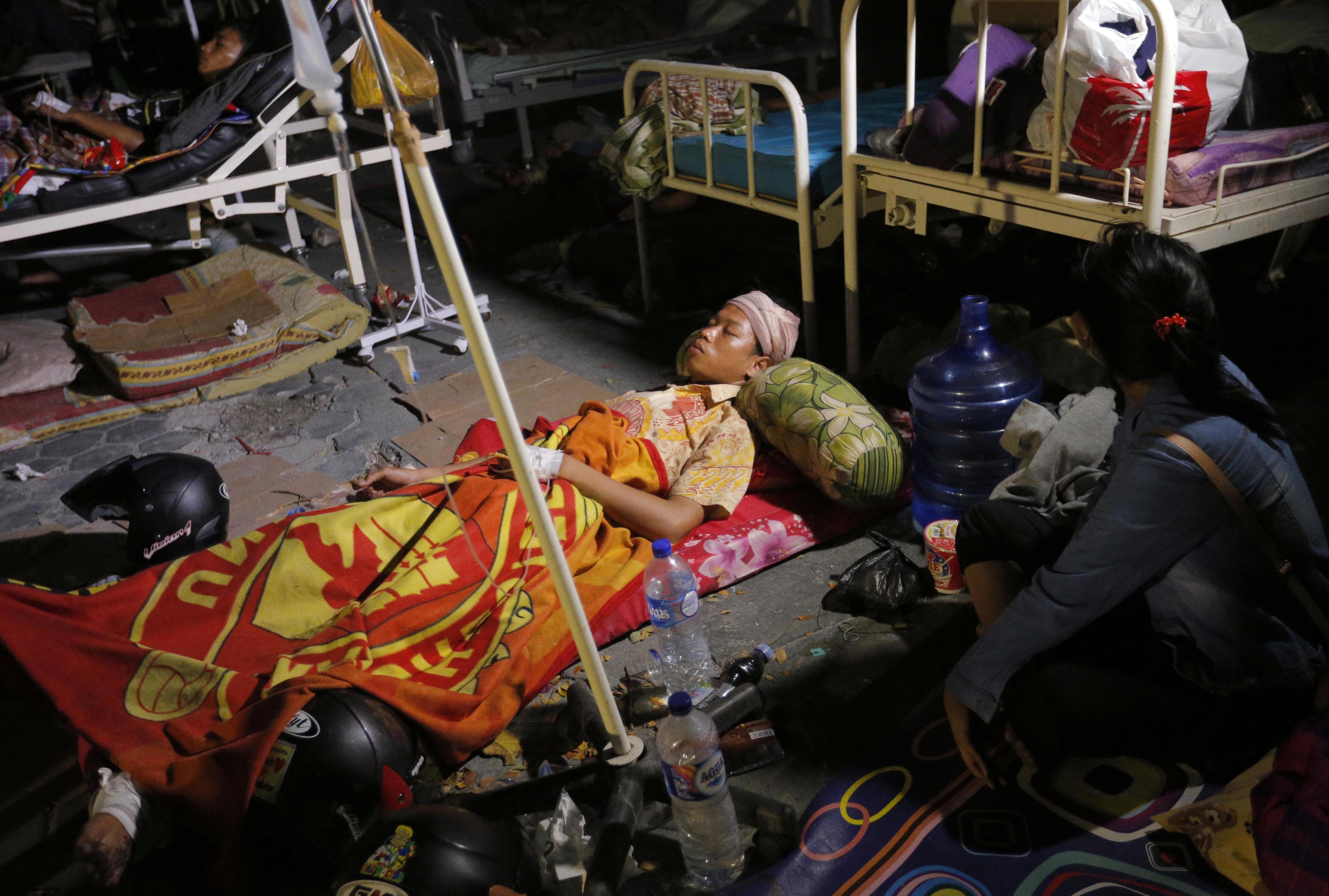 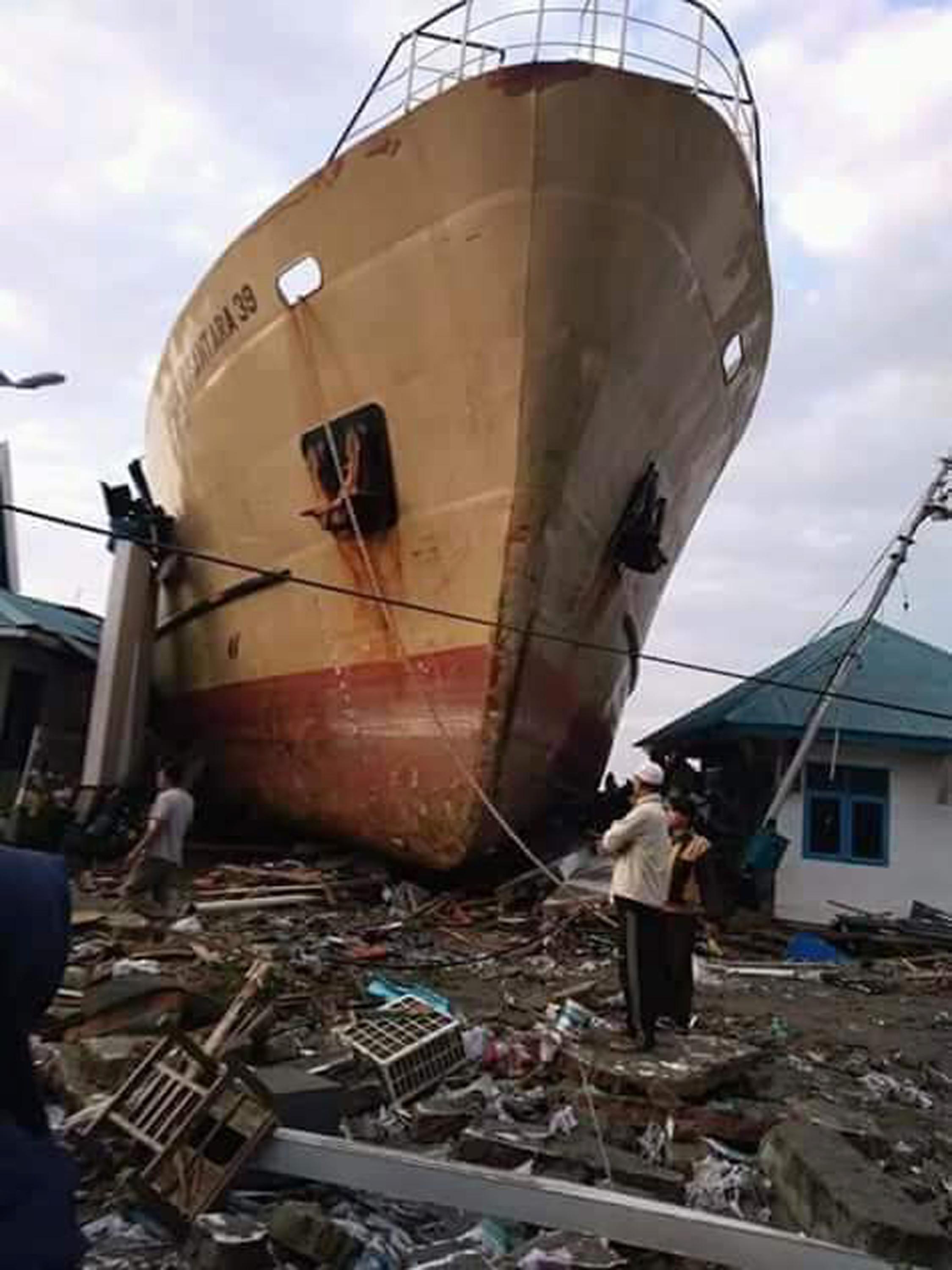 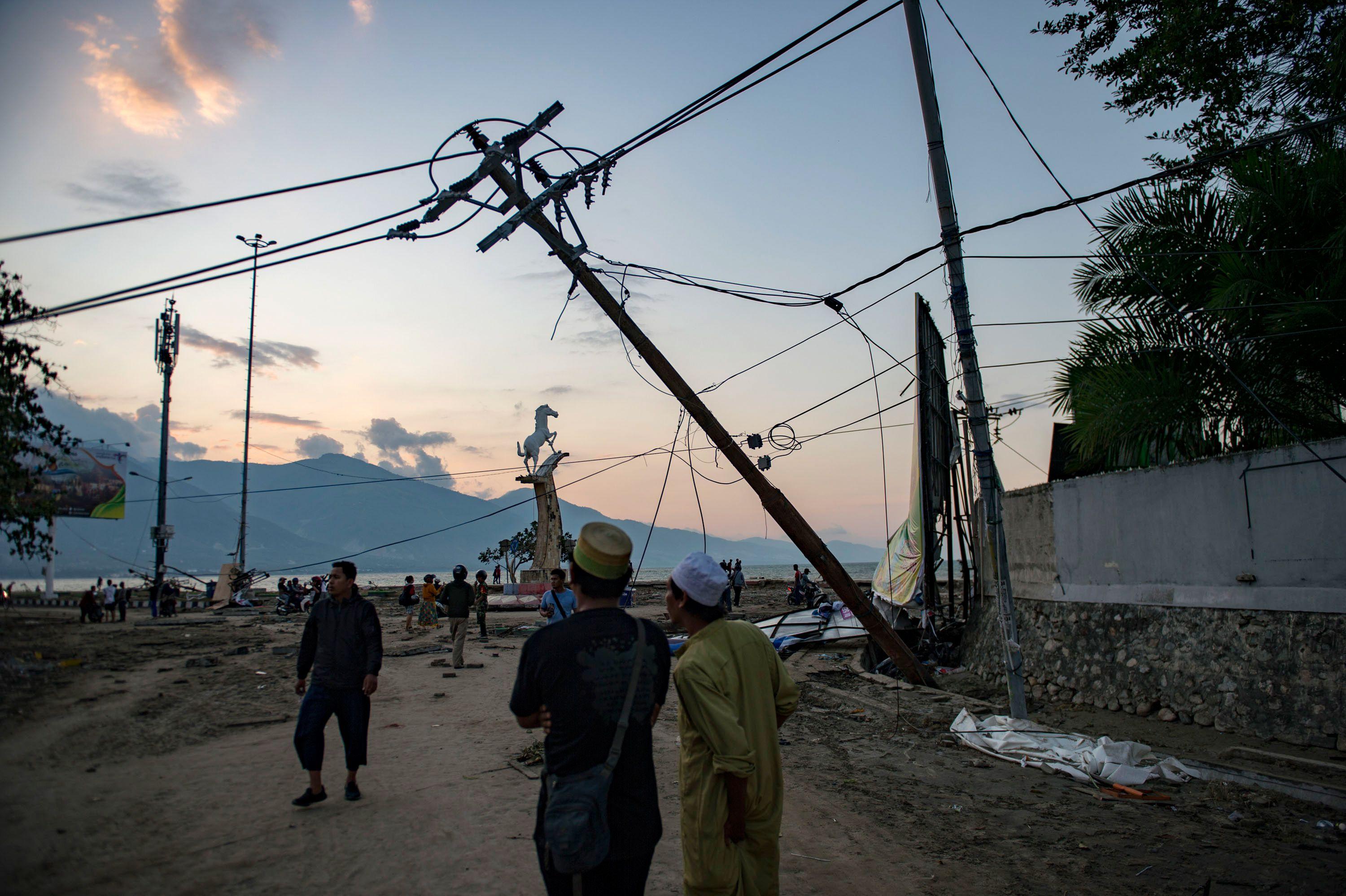 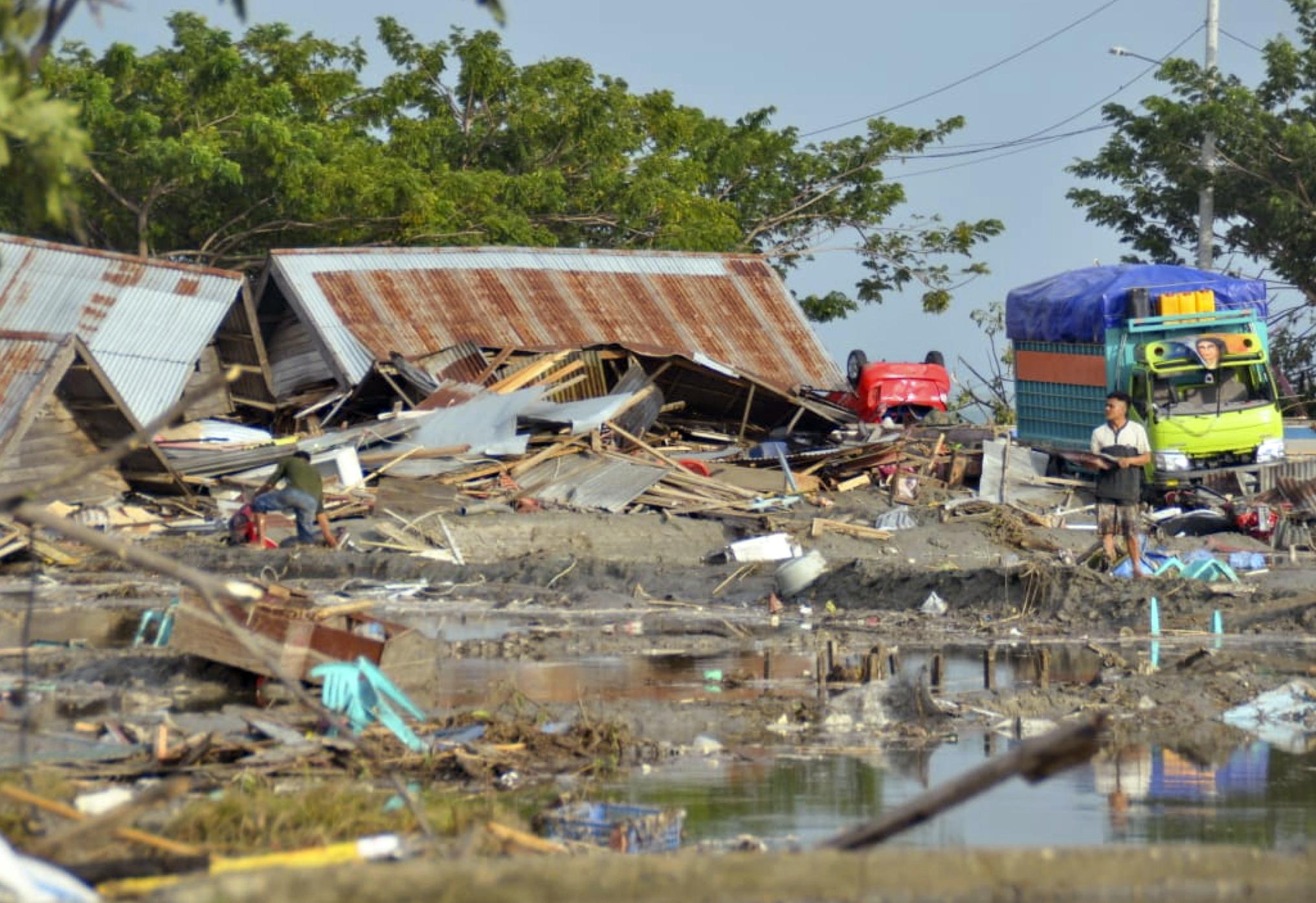 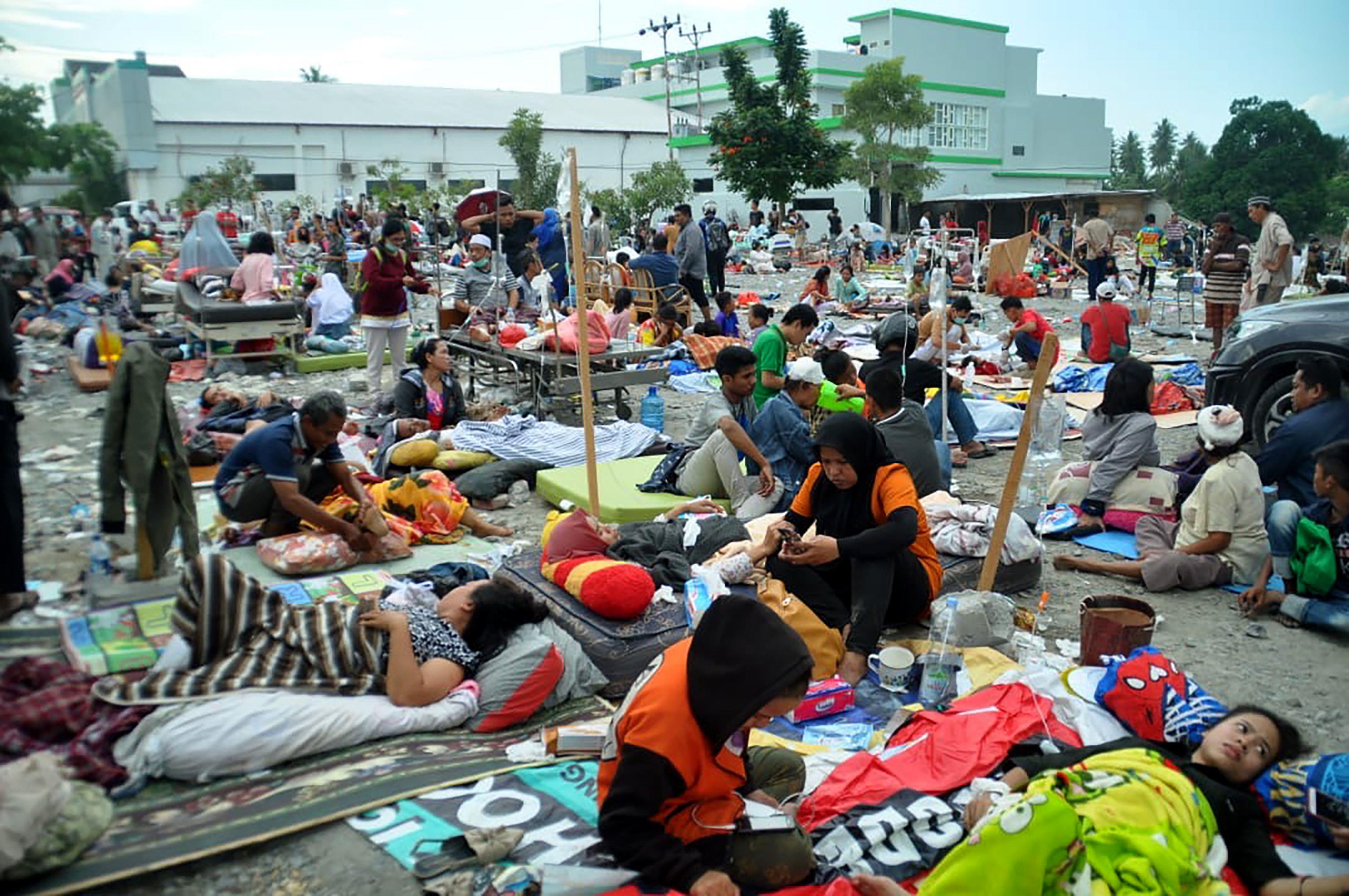 In December 2004, a massive magnitude 9.1 earthquake off Sumatra island in western Indonesia triggered a tsunami that killed 230,000 people in a dozen countries. Last month, a powerful quake on the island of Lombok killed 505 people.

Palu has been strewn with debris from the earthquake and tsunami.

A mosque heavily damaged by the quake is half submerged and a shopping mall was reduced to a crumpled hulk.

The city is built around a narrow bay that apparently magnified the force of the tsunami waters as they raced into the tight inlet.

Indonesian TV showed dramatic smartphone video of a powerful wave hitting Palu, with people screaming and running in fear. The water smashed into buildings and the mosque. 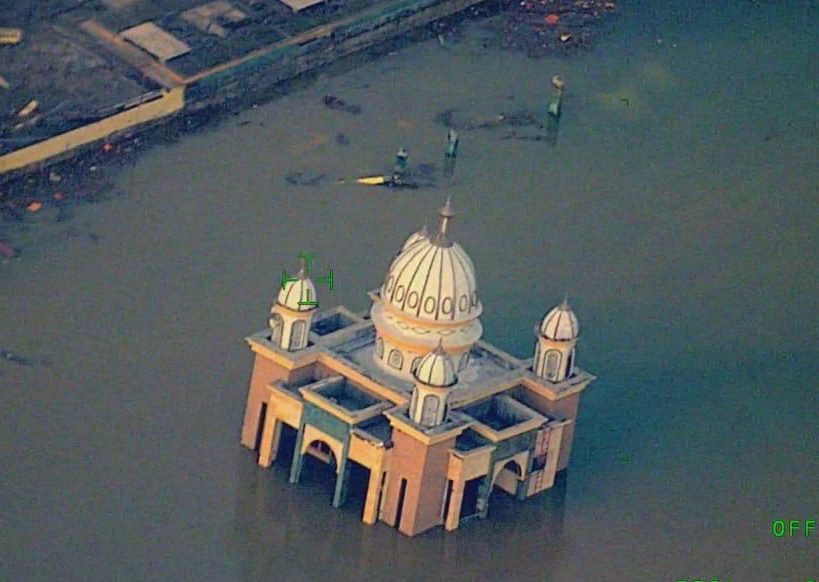 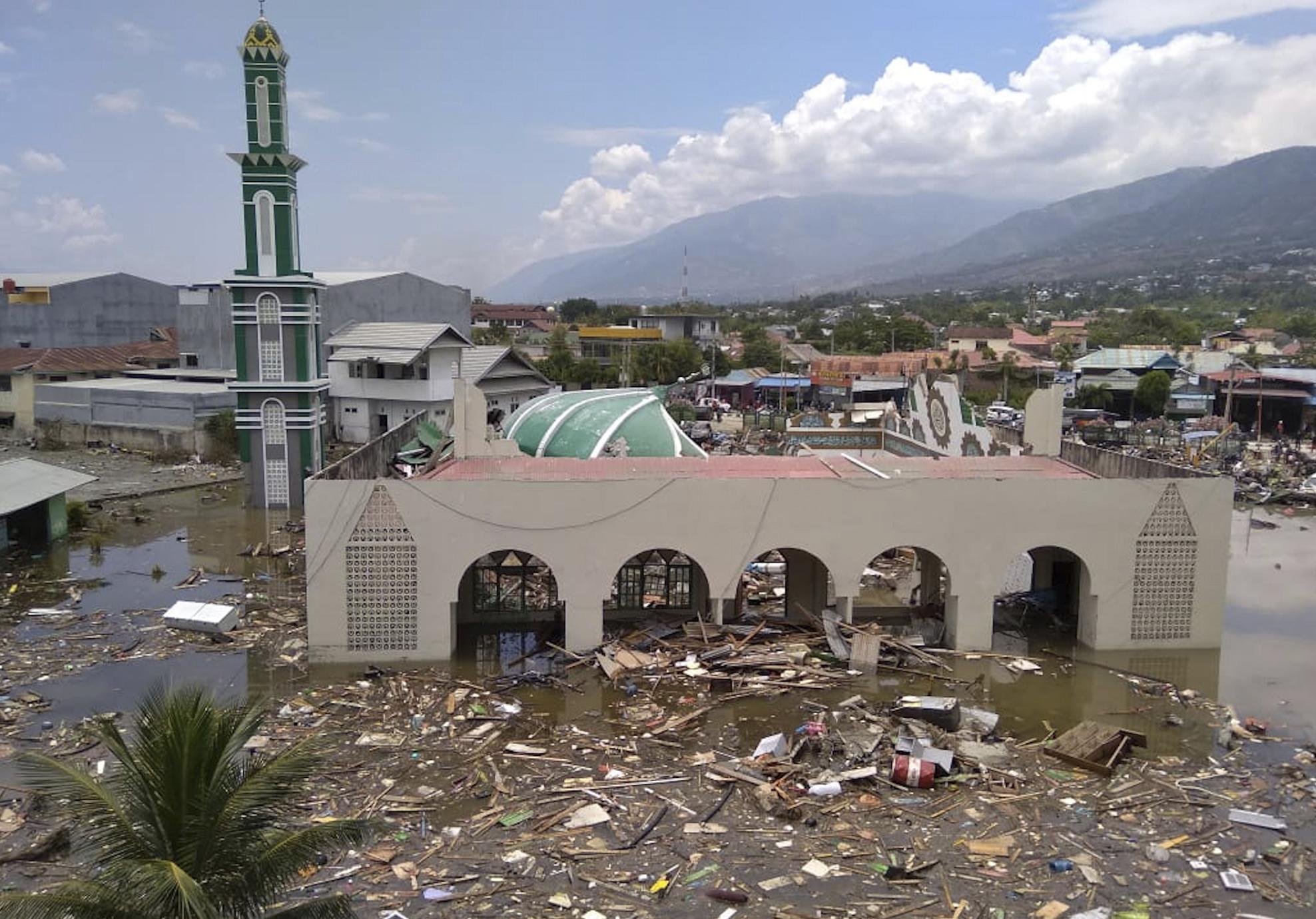 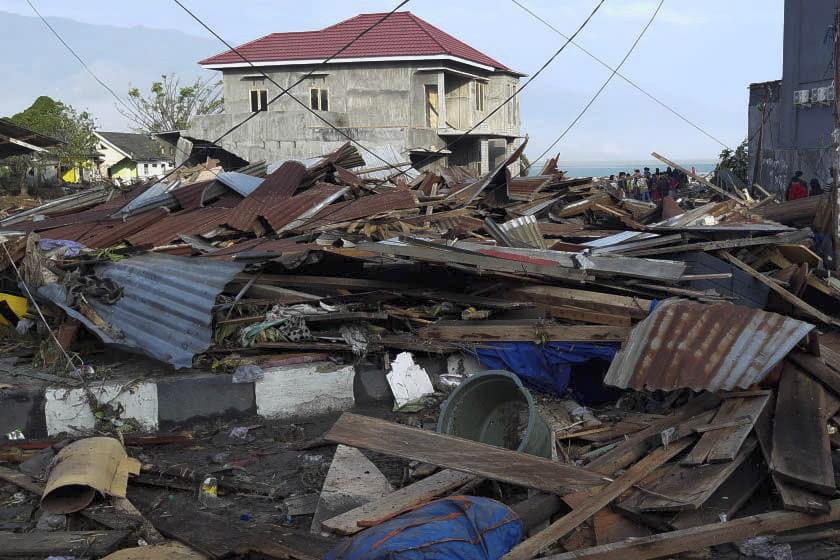 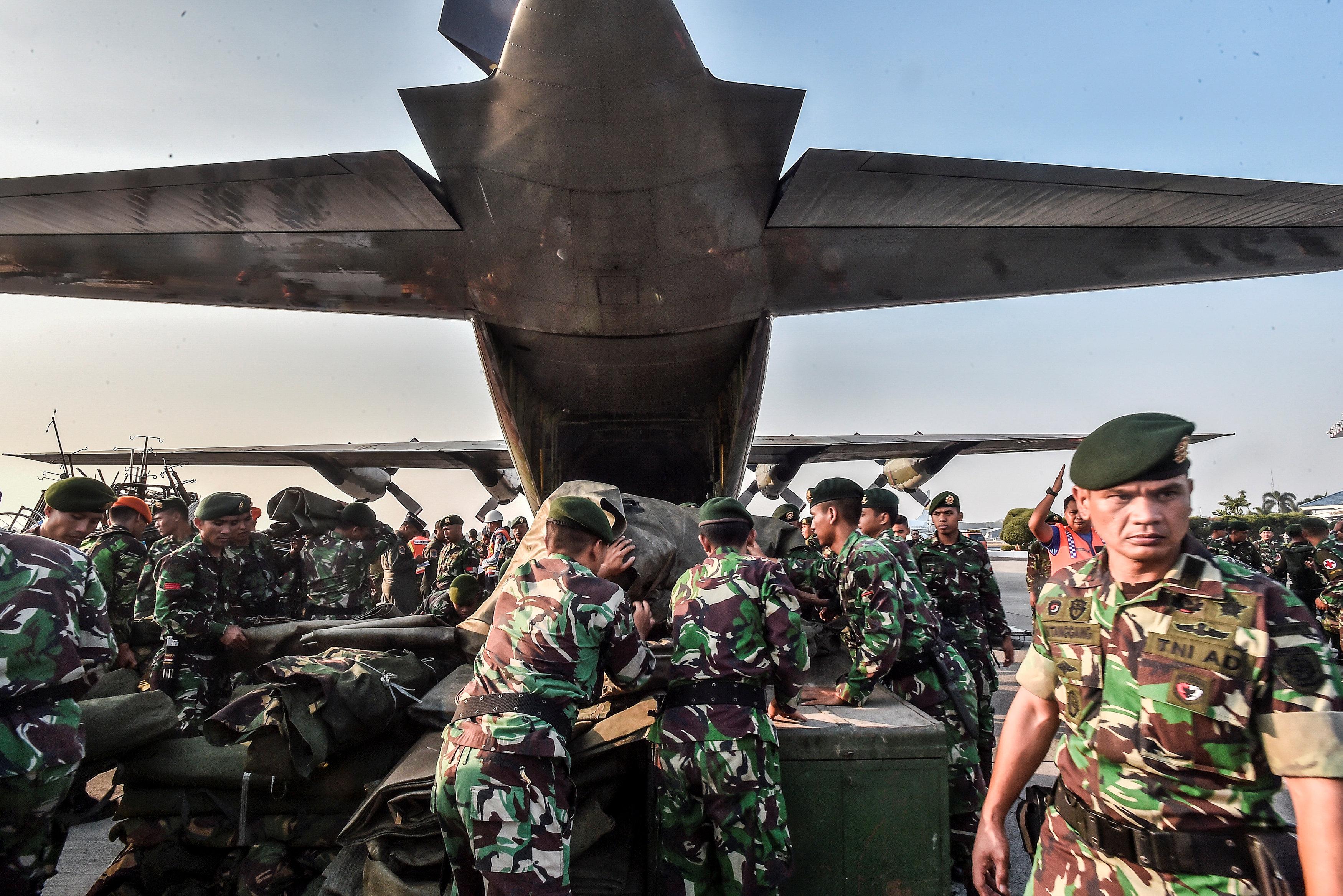 Nina, 23, was working at a laundry service shop not far from the beach when the quake hit.

She said the quake destroyed her workplace, but she managed to escape and quickly went home to get her mum and younger brother.

"We tried to find shelter, but then I heard people shouting, 'Water! Water!'" she recalled, crying. "The three of us ran, but got separated.

Rescue efforts have been hampered because power and telecommunications have been cut. Most people have been forced to sleep outdoors – fearing strong aftershocks.

"We hope there will be international satellites crossing over Indonesia that can capture images and provide them to us so we can use the images to prepare humanitarian aid," Nugroho said.

Sulawesi has a history of religious tensions between Muslims and Christians, with violent riots erupting in the town of Poso, not far from Palu, two decades ago. Indonesia is the world's most populous Muslim country.