Indian Prime Minister Narendra Modi has laid the foundation stone for the Ram temple to be built in the holy city of Ayodhya in the northern state of Uttar Pradesh.

The temple site is considered to be the birthplace of Lord Ram, one of the most revered Hindu gods, and has been one of the most controversial and contentious issues in modern India.

For decades, both Hindus and Muslims have laid claim on this 2.77 acre plot – the size of a football field – for which a court case went on for decades. 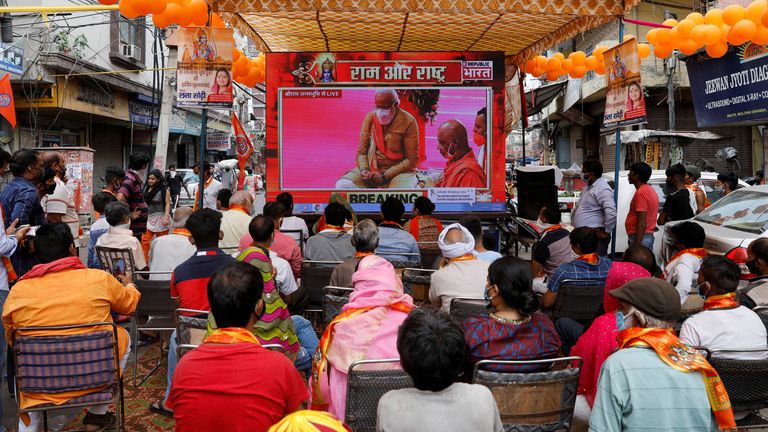 Hindus believe that the Mughal Emperor Babur destroyed a temple and built the Babri mosque on the exact same spot in 1528.

In 1949, the idols of Lord Ram were found in the central dome of the mosque and a large number of Hindus began gathering there to pray. This led to protests by Muslims and the government locked the gates of the mosque and declared it a disputed site.

The Bharatiya Janata Party, a political party of the Hindu nationalist movement to which Mr Modi belongs, was a marginal force in the 1980s and seized on the “Ayodhya movement” as a sort of Hindu renaissance, making the Ram temple an issue in every state and federal election.

On 6 December 1992, the Babri mosque was destroyed by a right-wing Hindu mob. The events triggered religious riots in which about 2,000 people, most of them Muslim, were killed across the country.

Since then, the site has been heavily protected while a series of ongoing court cases by various groups were fought in the Supreme Court of India.

Last November, a unanimous verdict by the country’s highest court awarded the disputed religious site to the Hindus, rejecting the Muslim claim. 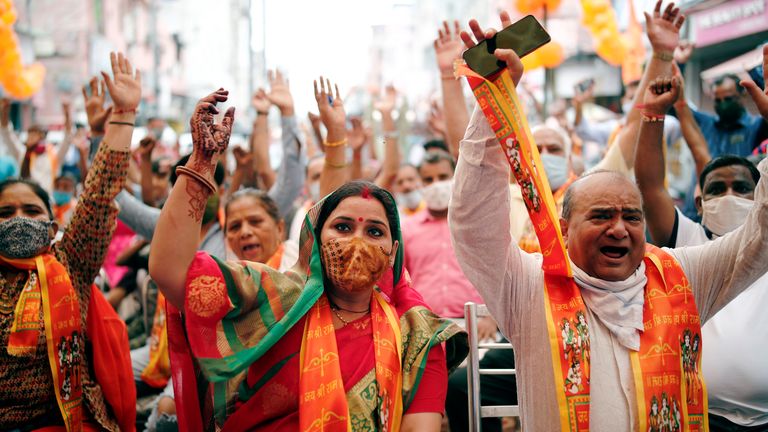 The supreme court has directed the government to give an alternate parcel of land to the Muslim group that had staked a claim to the disputed site.

In its verdict, the supreme court said: “Archaeological evidence supports an underlying structure of Hindu origin. The Muslim parties, including the Sunni Waqf Board, failed to establish exclusive possession of the disputed land.”

It also said “the destruction of the mosque in 1992 was in breach of the supreme court’s orders and a violation of law”.

In an earlier hearing in 2017, the supreme court said: “The demolition of the mosque is a crime that shook the secular fabric of the constitution.” 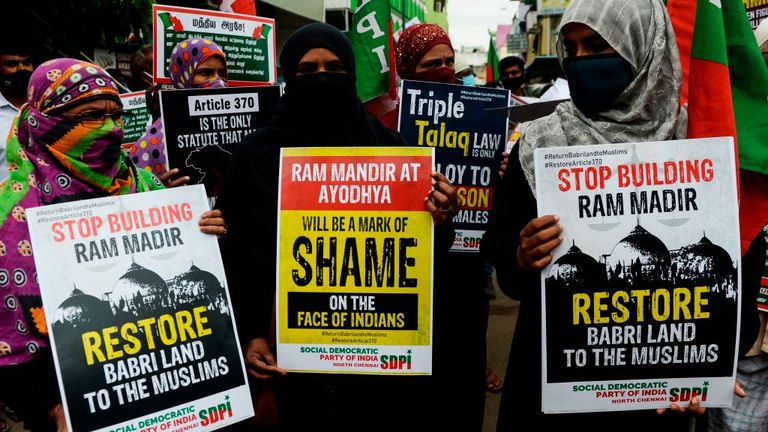 The Ayodhya issue has polarised the country for decades and the rift between the majority Hindus with their 182 million Muslim brethren has widened.

A statement on Wednesday by the All India Muslim Personal Law Board, a leading Muslim organisation, said: “The Babri Masjid was and will always be a Masjid. Hagia Sophia is a great example for us.

“Usurpation of the land by an unjust, oppressive, shameful and majority-appeasing judgement can’t change its status. No need to be heartbroken. Situations don’t last forever.” 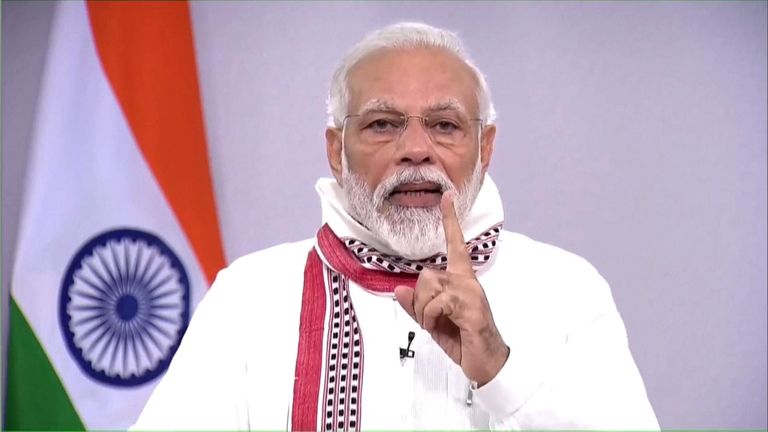 In a message after the supreme court had given its verdict on the Ayodhya issue, Mr Modi said: “This verdict shouldn’t be seen as a win or loss for anybody.

“Be it Ram Bhakti or Rahim Bhakti, it is imperative that we strengthen the spirit of Rashtra Bhakti.

“May peace and harmony prevail.”

Images from Wednesday’s ceremony will be seen as a political victory for Mr Modi and further consolidate his popularity with the majority.