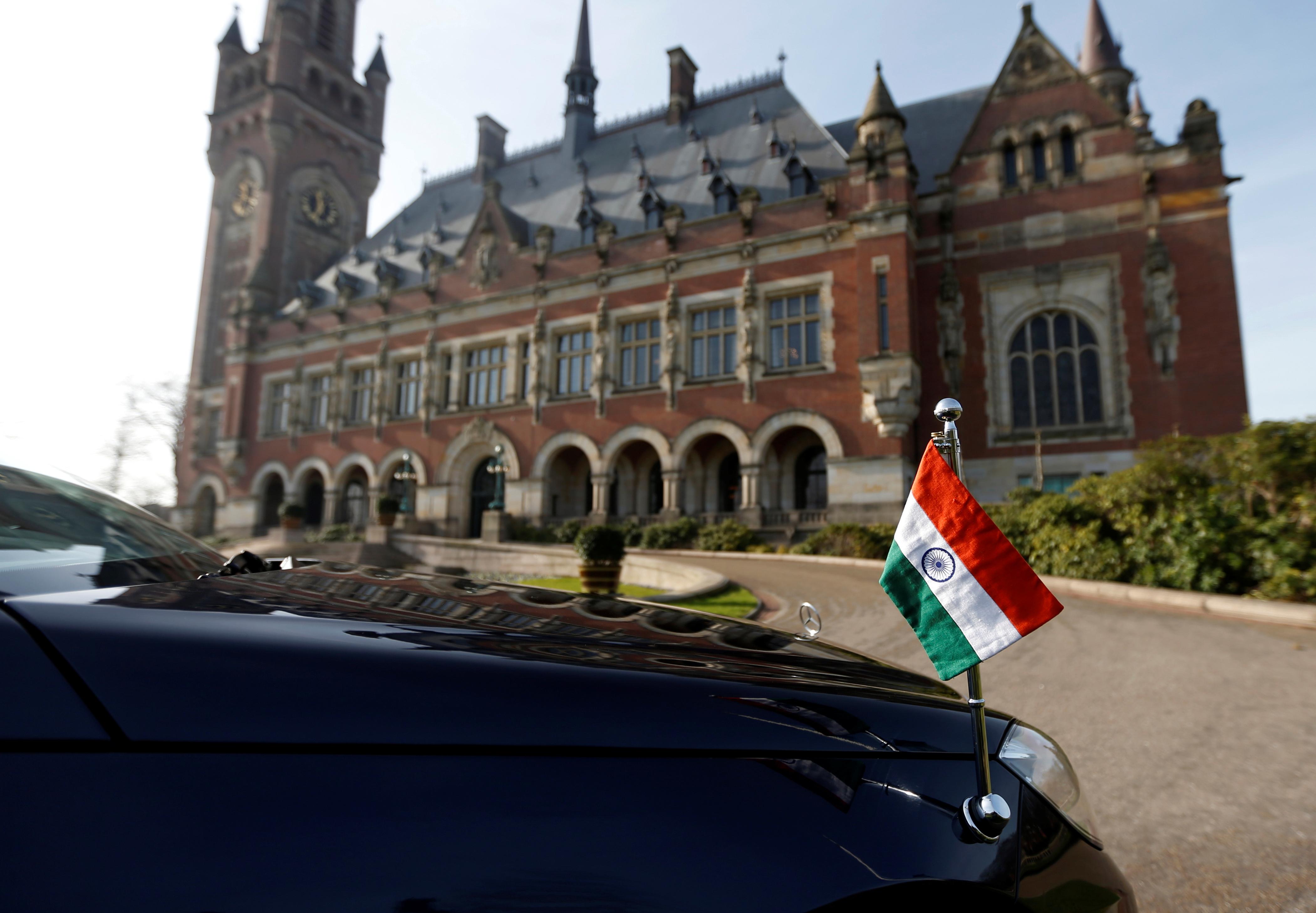 AMSTERDAM (Reuters) – India asked the World Court on Monday to order the release of an Indian national sentenced to death by Pakistan, saying Islamabad had failed to allow him diplomatic assistance before his conviction, as required by an international treaty.

The hearings at the U.N. court, formally known as the International Court of Justice (ICJ), revolve around the case of Kulbhushan Sudhir Jadhav, a former Indian navy commander who was arrested in Pakistan in March 2016 and convicted of spying.

Hearings in the case, which will run for four days, come at a time of intense tension between the nuclear-armed neighbors, as Indian Prime Minister Narendra Modi has warned of a “strong response” to a suicide attack on a convoy in Kashmir last week that killed 44 Indians.

“It would be in the interest of justice, of making human rights a reality, to direct his (Jadhav’s) release,” said Harish Salve, India’s senior counsel.

Pakistan is due to respond at the ICJ on Tuesday. Officials in Islamabad said ahead of the hearing that India was trying to use the court intended to resolve international disputes as a criminal appeals court. They also said the relief sought by India is disproportionate even if the treaty were violated, and at most Jadhav’s case could be reviewed.

India filed a claim against Pakistan before the ICJ in May 2017 arguing Islamabad had breached the 1963 Vienna Convention by not allowing diplomatic assistance to Jadhav during his secretive trial. India won an injunction that ordered Jadhav’s execution stayed while the court looked into the case.

No date has been set for a ruling, which will likely come months after the close of the hearings.

The ICJ is the U.N.’s highest court, and its decisions are binding — though it has no power to enforce them and they have been ignored in rare instances.

The 1963 treaty has been a frequent source of cases before the ICJ. A 2004 ruling led the United States to review the cases of dozens of Mexican citizens on U.S. death row after they were found not to have been granted consular access.