But a further investigation by an expert revealed a sweet surprise for the American owners of this brick property. 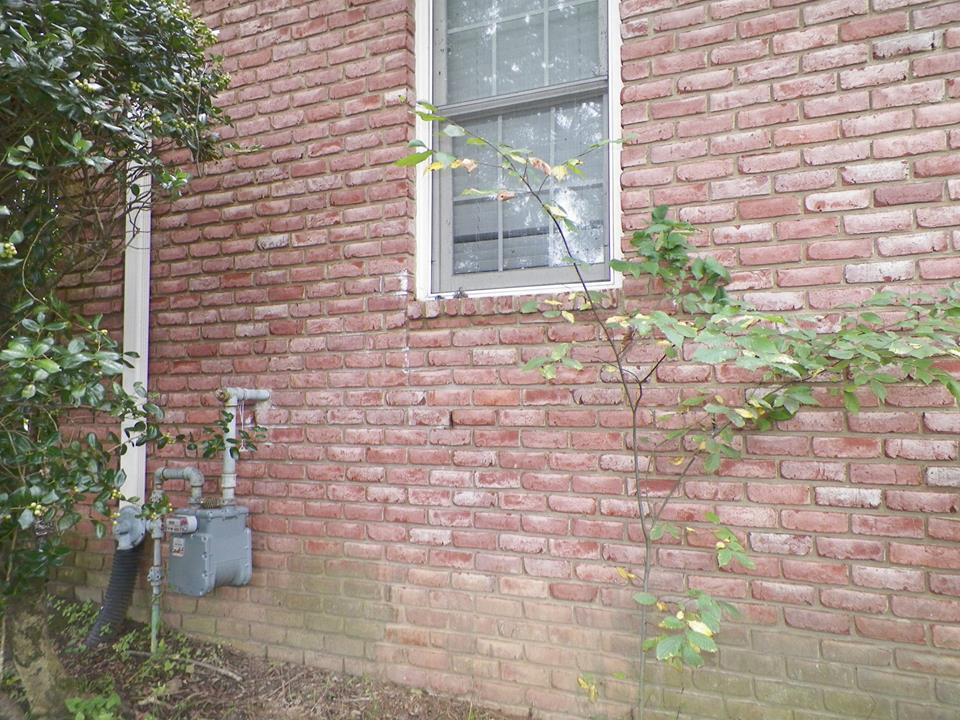 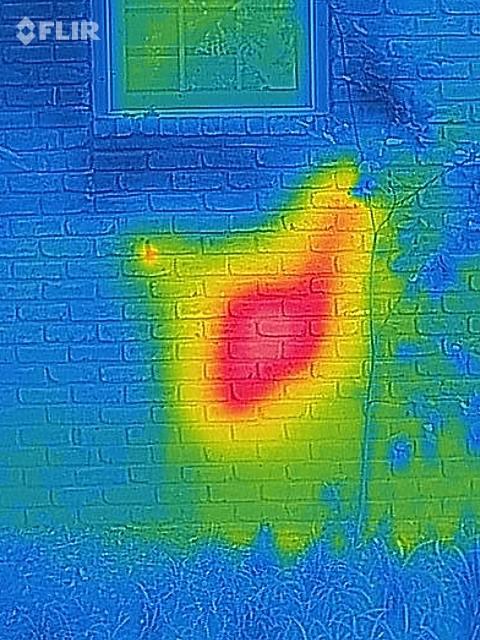 David Glover aka The Bartlett Bee Whisperer had to hack into the home’s exterior in Germantown, Tennessee, to show exactly what was lurking behind the solid brick wall.

A huge honeycomb – complete with thousands of honey bees – was taking up a decent chunk of the wall cavity in one of Glover’s toughest jobs.

In a Facebook post, which has been shared more than 110,000 times, he admitted: “Every once in a while I get a call that makes me cringe.

“Sometimes the bees are way up high, and sometimes it’s bricks. 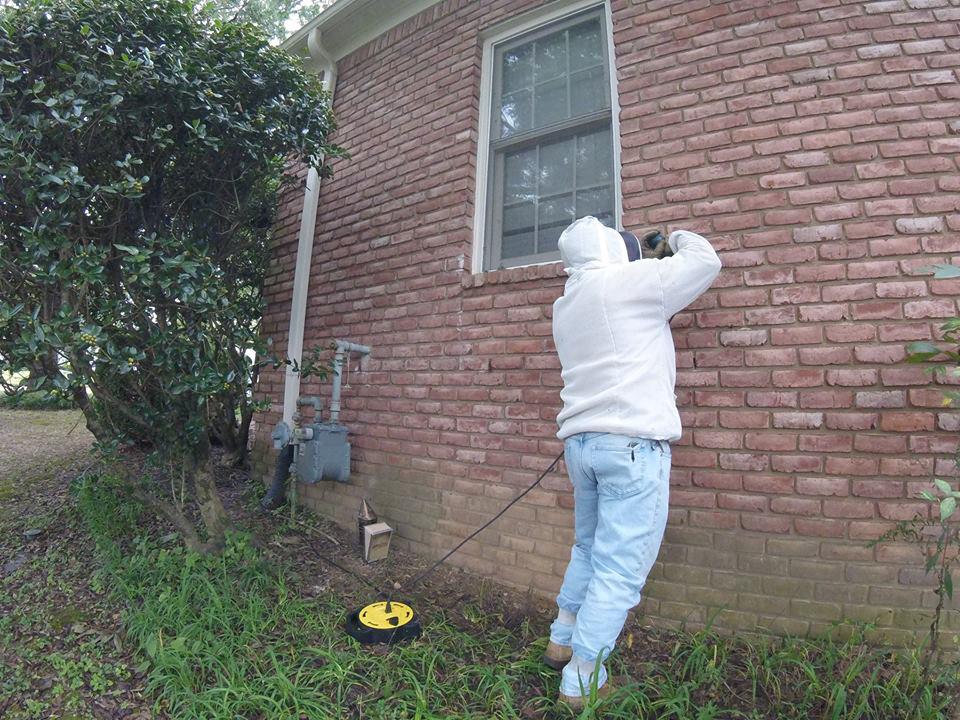 “I prefer to be minimally invasive when removing honey bees from buildings. I don’t like taking out bricks.

“Will the mortar chip out, or will the bricks crumble? Will the [honey] combs be usable once the bricks are out of the way? As much as I dreaded removing the bricks the final view of the hive was AWESOME!

“The homeowner was more than pleased that we were able to remove and relocate the bees and their hive.” 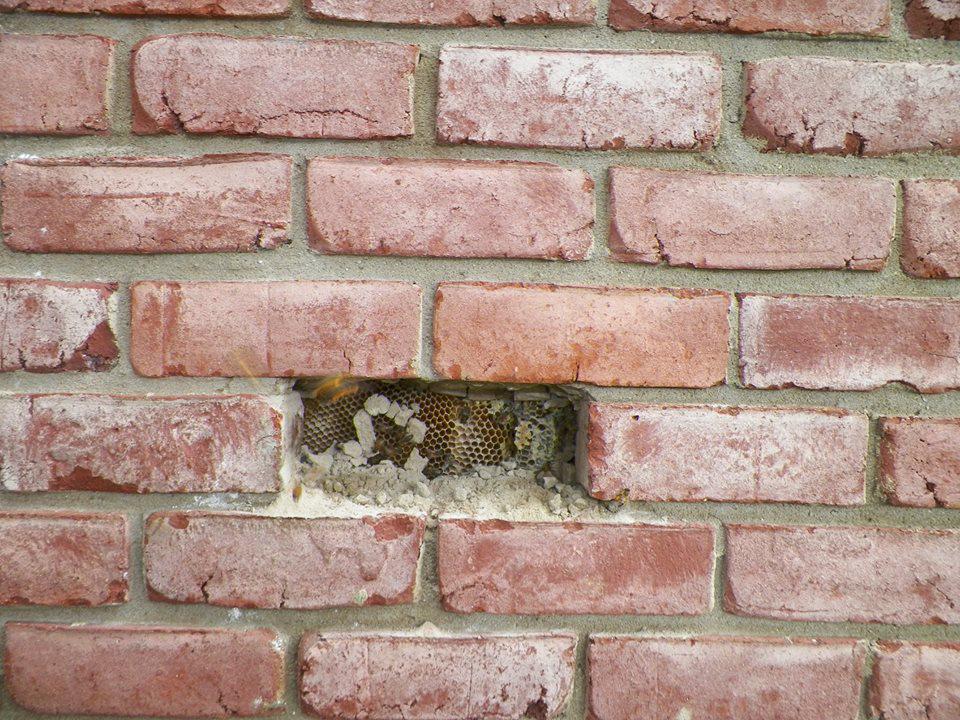 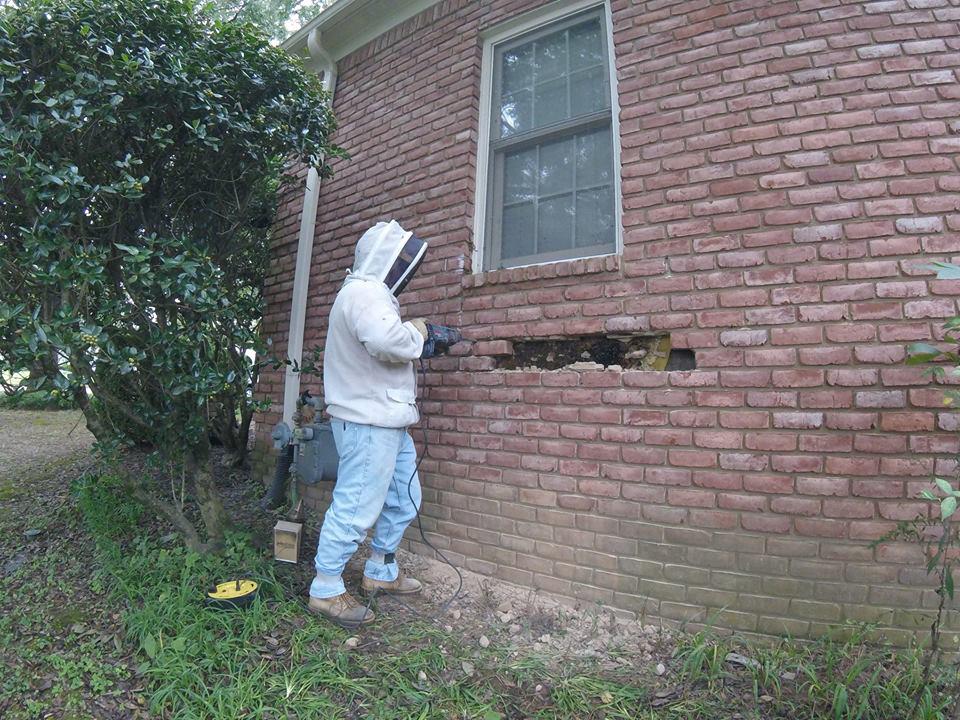 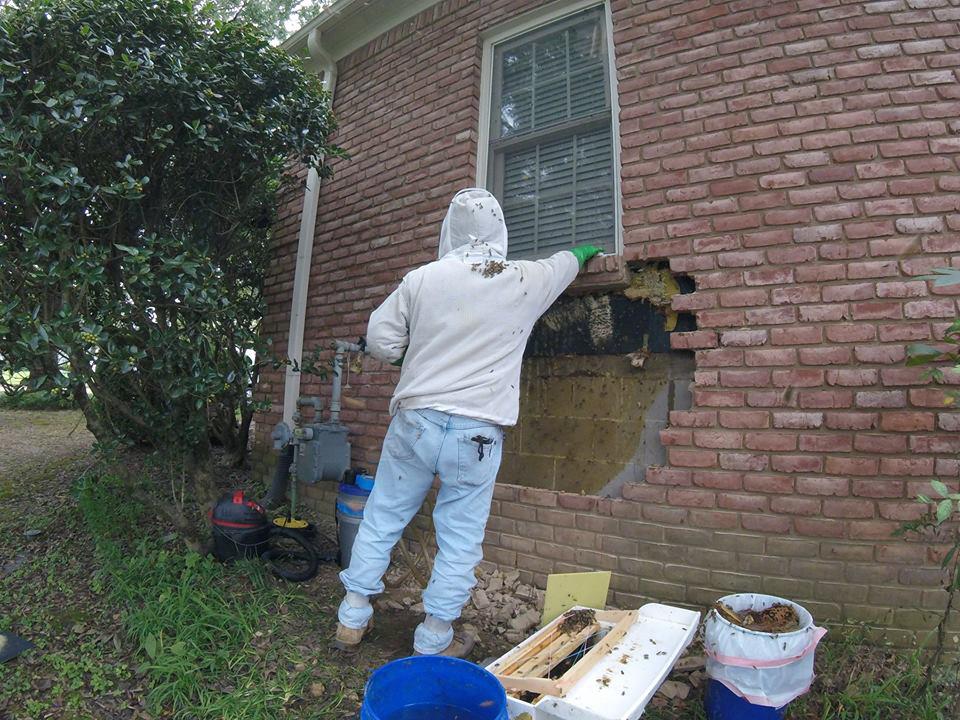 Incredible images and video footage helped the beekeeper identify where the bees may be living before proving it with an infrared picture and then starting to remove the bricks.

As he removed more bricks he began to uncover a huge honeycomb beneath a window, which remained intact.

After safely removing it, Glover pointed out the stain left behind by thousands of tiny bee feet walking on the white surface.

He explained to Bored Panda: “Step-by-step the area of the home is opened, and all combs removed. Brood combs are rubber banded into hive frames and honey goes into a bucket (as long as the bees have never been sprayed). 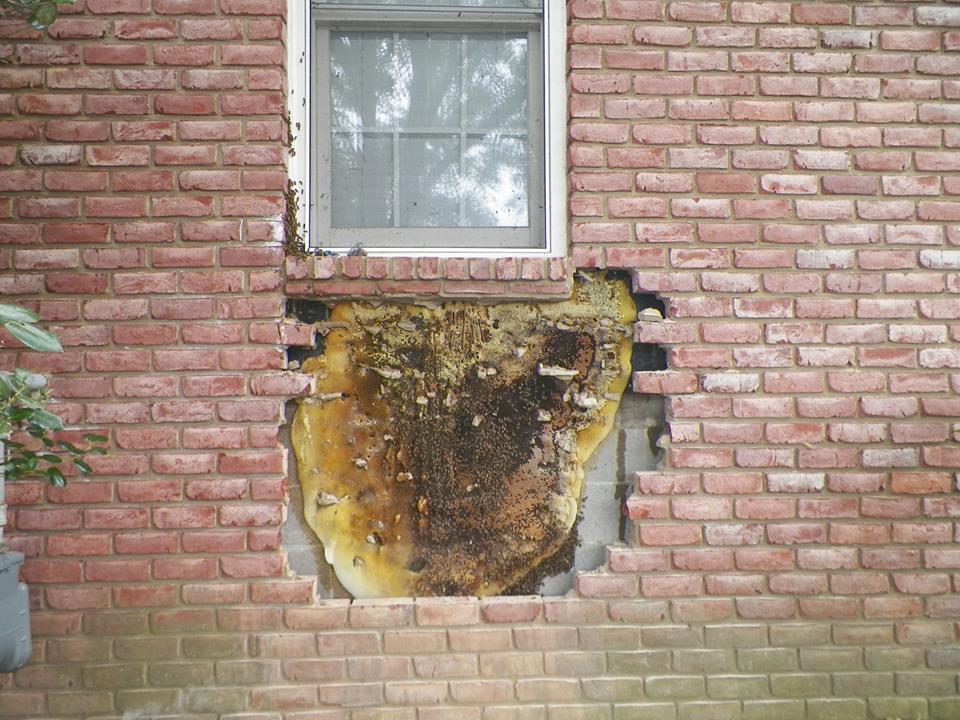 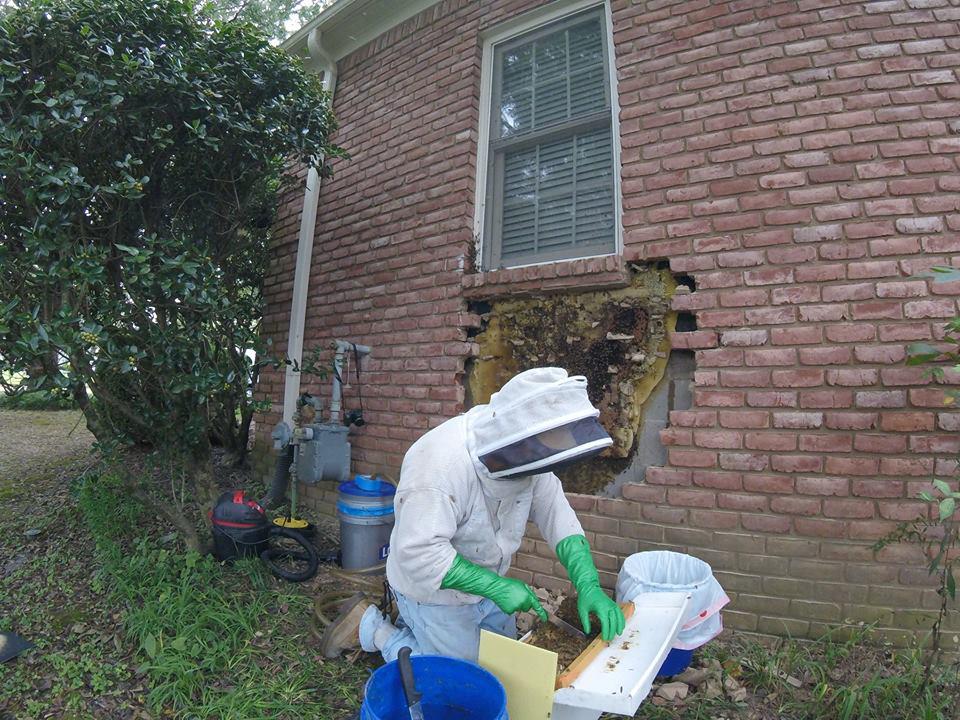 “If the homeowner is willing to eat a piece of comb with me, it’s probably never been sprayed. The bees who do not follow the combs into the new hive box are vacuumed into a two-stage vacuum. "They are added back to the new hive once they are set up in their new yard."

After the Bee Whisperer rescues bees, he uses them to repopulate empty hive boxes for local beekeepers who have suffered colony losses.

He added: “No one is aware of the size of their honey bee hive. They are all surprised because they are expecting something the size of a wasp nest or hornet’s nest.

“The infrared gives them the first clue, but that’s only the brood combs of the hive.

"The babies are incubated at 94.5 degrees Celsius. Any honey combs in the hive are cooler and usually don’t show on the IR.”