STARGAZERS don't have long to wait before the next solar eclipe graces.

To get the lowdown on the celestial showcase, The Sun spoke to University of Hull astronomer and eclipse buff Professor Brad Gibson. 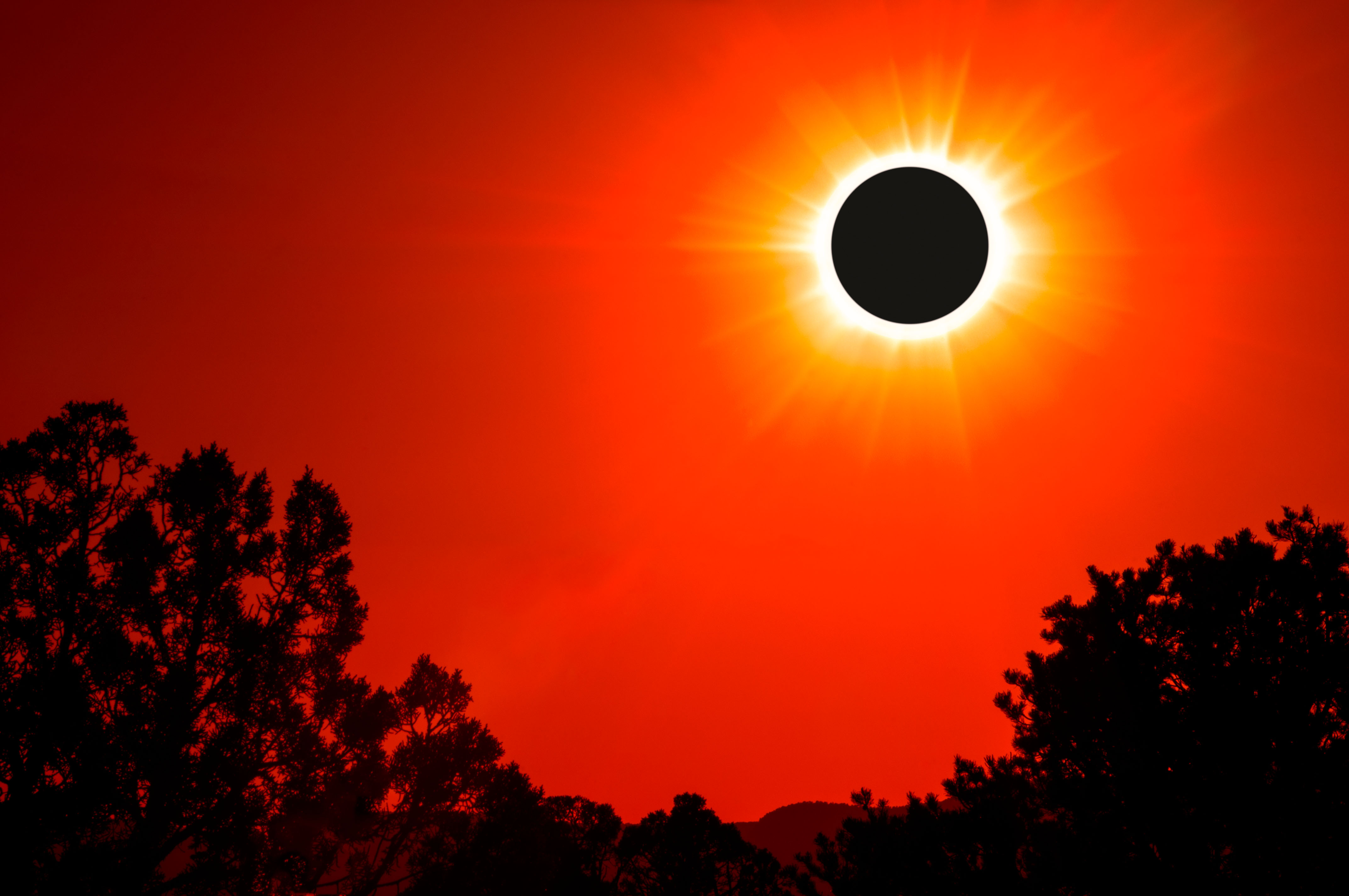 1) What causes a solar eclipse?

A solar eclipse occurs whenever the Moon lies between the Sun and observers on planet Earth.

It causes either a partial or full blackout of the Sun in which our closest star is briefly obscured by the transiting Moon.

"A few times a year, that path of the Moon on the sky places it in front of the Sun, where it blocks some (a partial eclipse) or all (a total eclipse) of the Sun’s light."

2) How to look at a solar eclipse safely

If you employ the right technique, it's possible to view a solar eclipse safely without damaging your eyes.

"Most importantly, never ever look at the Sun directly or through a telescope, unless you have a special solar filter installed," Prof. Gibson said.

He added: "There are a number of safe ways to view a solar eclipse, though.

"Far and away the easiest is to put a small pinhole in a piece of cardboard and hold the cardboard up to a wall (or the ground), projecting the image so that it can be observed safely. Easy, fun, and safe!"

3) What is the difference between a solar eclipse and a lunar eclipse?

As their names suggest, the difference between a solar and lunar eclipse is simply whether a shadow is cast on the Sun or the Moon.

Prof Gibson said: "A solar eclipse is when the Moon lies between the Sun and Earth, and blocks some (or all) of the light from reaching the Earth.

"A lunar eclipse, instead, is when the Earth lies between the Sun and Moon.

"In that case, the Earth blocks some (or all) of the light from the Sun reaching the Moon – in others words, the shadow of the Earth is cast over the Moon."

There are several lunar and solar eclipses across the globe every year, meaning they aren't all that uncommon.

The likelihood that one occurs where you live – such as the UK or eastern United States – in any given year is relatively low, however.

"They’re not as rare as you might think," Prof Gibson said. "There are 2-5 solar eclipses each year, and the same number of lunar eclipses.

"They are not all visible from the same place on Earth though, which is why we sometimes think of them as rare.

"If you're willing to travel (or view them via online platforms), you don’t have to wait longer than a few months for an eclipse to be seen somewhere on Earth!"

5) When can I see the next solar eclipse in the UK?

Brit stargazers have a little while to wait until the next solar eclipse, while those elsewhere have a shorter wait.

"There will be a spectacular total lunar eclipse on 16 May 2022, which will see the entire Moon lost in the Earth’s shadow," Prof Gibson said.

"The next solar eclipse which will be accessible from the UK will be 25 Oct 2022.

"While only one eighth of the Sun will be blocked by the Moon, it should still make for great viewing."

The last solar eclipse of the year will take place on December 4 in several countries outside of the UK.

The eclipse will be visible in parts of South Australia, South Africa, South America, the Pacific, the Atlantic, Indian Ocean, and Antarctica.

In other news, Apple has announced that it will let customers fix their own iPhones for the first time starting next year.

The UK is fighting an epidemic of hack attacks targeting consumers and businesses, according to officials.

NASA has slammed Russia after a missile it fired into one of its own satellites forced the space station to perform an emergency swerve.

And, a 75-year-old Brit has told of his anger after scammers on WhatsApp fooled him into sending them hundreds of pounds.

We pay for your stories! Do you have a story for The Sun Online Tech & Science team? Email us at [email protected]