EARLIER this week an employment tribunal judge said that “Calling someone ‘mate’ or ‘lad’ is not a pet name. In our opinion it’s a nickname.

“They’re not demeaning. However, chick, babes, bobs, honey, hun and sweetie are all demeaning and infantilising ways of referring to women.” 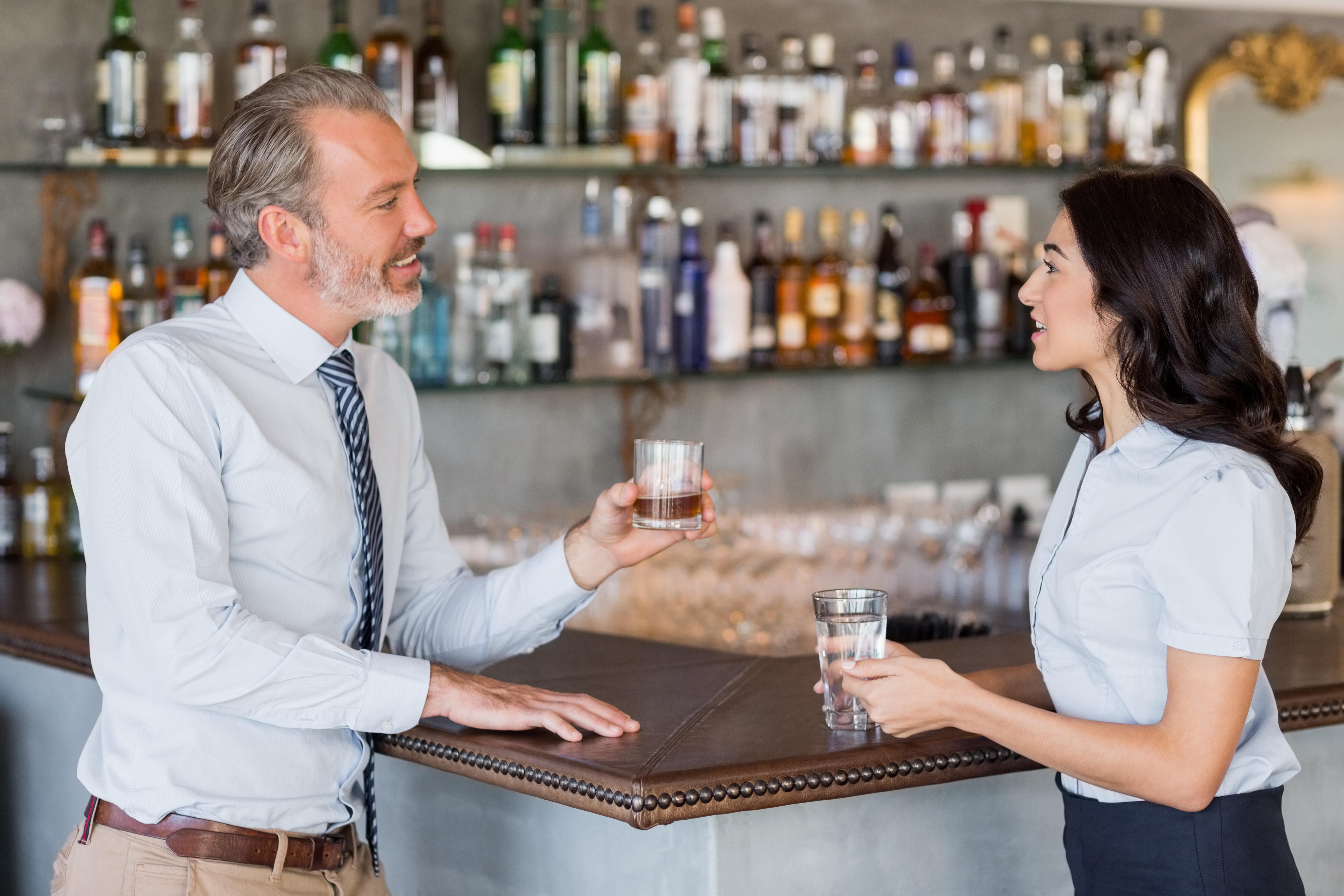 Hmm. For me, it’s all about context. As it happens, I rarely use any of those particular words. Being from Birmingham I’m more of a “bab” man.

By the way, bobs? Does anyone call anyone bobs?

Anyway, if I were to use any of these words in any of my workplaces, they would either pass without notice, or cause offence, or something between the two.

It all depends who I was talking to.

There are women I’ve worked with for 20 years or more who I’m pretty sure I could address as honey or sweetie without it being taken as anything other than a term of endearment.

On the other hand, if I got in a lift with the controller of Radio 5 Live and chirped: “Hi babes,” then I wouldn’t blame her for taking offence.

Nor would it be appropriate for me to sidle up to a young female researcher I’d never met and call her sweetie.

I understand all that.

But if someone decides all these kinds of words are demeaning and infantilising then the baby is being thrown out with the bathwater. We stand to lose some nice modes of address which have their entirely blameless uses.

If the judge concerned had put the word “potentially” before “demeaning and infant-ilising”, then I wouldn’t ­disagree with her.

These words can be rather toxic just as they can be rather sweet. I’d back myself to know the difference, and I think most right-thinking people do too.

As for the idea that mate or lad are not even potentially demeaning or infantilising, I’m afraid I disagree with that too.

I call nearly everybody I know mate, and I’m called mate — among other things — by countless people too. Almost always it’s perfectly fine, but I can conceive of circumstances in which it wouldn’t be.

For example, were I to go to see an important TV executive who I’d not met before, and he were to address me as “mate”, I’m not sure I’d like that.

I would ask you to understand most of us have the humanity and intelligence to know what modes of address are appropriate, with whom and when

It’s not that I’d be offended, rather that it would give me the sense that I wasn’t about to be offered any kind of plum job.

This is my point: While mate is generally fine it is still, to use the phrase the judge didn’t use, potentially demeaning and infantilising, even to me.

When I first started at the BBC a very senior, very posh boss who plainly liked me, obviously felt, with me having a Midlands accent, that he couldn’t speak to me like he spoke to everybody else.

For years, whenever he passed me in the corridor he’d give me a cheery thumbs-up and say, “Hello MATE”, in that odd way posh people say the word.

Did he address Jeremy Paxman or John Simpson as mate? Of course not.

Was I offended? No, not really, more amused.

But it did say some-thing about the higher esteem he held them in over me.

As for addressing anyone as “love”, I had a bad experience doing so when I was a young-looking 17-year-old trying to get served in my local pub.

I ordered a pint and when the barmaid, who must have been 20 years older, handed it over I squeaked: “Thanks love.”

At which point everyone within earshot spat their beer out in mirth. I’ve not dared to love, as it were, anyone since.

This is my point: while mate is generally fine it is still, to use the phrase the judge didn’t use, potentially demeaning and infantilising, even to me

I don’t normally give my ex-wife, Jane Garvey, the last word on anything.

But she nailed this issue once on Radio 5 Live when she was interviewing some crusty know-all of a bloke.

At one point he said: “The thing is, love.” Listening on, I flinched slightly, but she just carried on.

Then, at the end of interview, she said: “OK gorgeous, thanks for coming on.” His face, as they say, was a picture.

So, in conclusion, ma’am, which is how I believe female judges should be addressed, I would ask you to understand most of us have the humanity and intelligence to know what modes of address are appropriate, with whom and when.

I rest my case, bab.

A MATE of mine called Trevor drove me to West Brom on Saturday in his new Tesla.

I’d never been in one before. It was like a computer screen with a car attached to the back of it.

One of its bells and whistles – as car sales people always refer to fancy features – concerned the indicators. 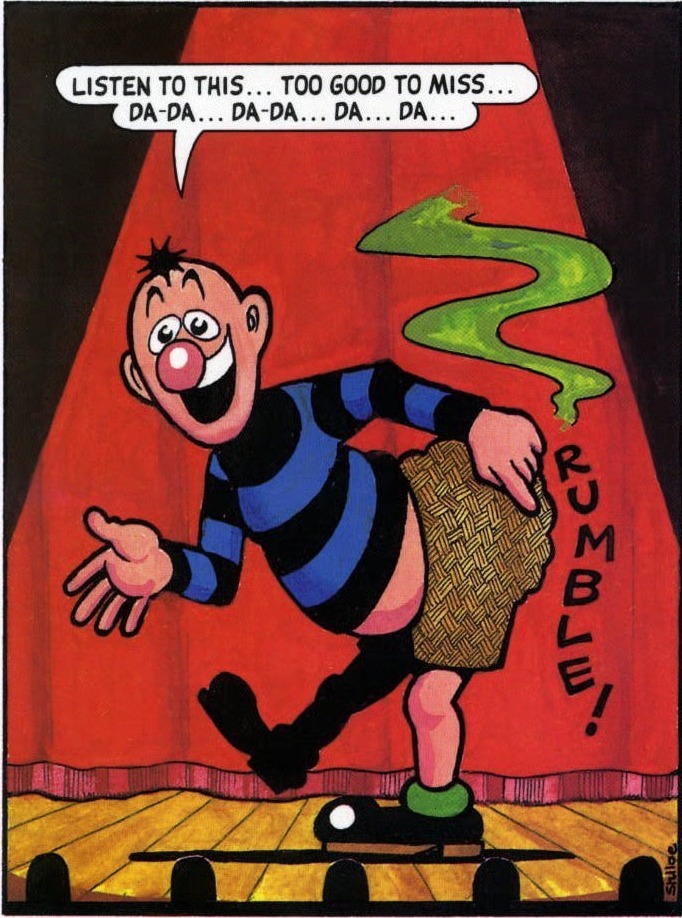 Instead of the traditional tick-tock type of sound you could get, well, farting noises.

But Trev made an interesting point – that farting noises are a truly global phenomenon.

Languages, accents and so on will vary, but parping sounds won’t.

From Santiago to Shanghai and Seattle to Sri Lanka, the sound of the bottom burp is universal, said Trev.

But is it? Do different diets and, er, body shapes and local customs alter the sounds?

I don’t know, but I’m looking into this and will get back to you.

WITHOUT wishing to overshare, I suffer quite badly with anxiety, stress, depression, and quite vicious self-loathing.

Just mislaying my house keys can lead me into a deep hole of distress. I got some therapy last week from an unexpected source – an astrobiologist, cosmologist and theoretical physicist at Arizona State University.

I was interviewing Professor Paul Davies about his new book What’s Eating The Universe? In it he explains that another universe may be crashing into our own and may gobble it up.

Or the vacuum in space could decay and release a stupendous amount of energy which, in his words, would be apocalyptic.

In other words, our universe might eat itself up from the inside out.

There’s nothing like contemplating the end of the universe to take your mind off your lost house keys.

A QUICK shout out to any teenager or parent presently going through the trauma of a child leaving the family home for the first time to go to college.

I did it as the teenager 35 years ago, and as the parent three years ago. On both occasions I cried like a baby.

This weekend I will certainly be making it a hat-trick of embarrassing blubs when I drive my youngest off to her new life.

At least I’ll never have to go through this again. Wish me luck.

EVERY few months or so, ever more compelling evidence emerges that heading footballs makes it more likely you’ll end up with dementia.

I was covering the story a few months ago when I wondered what research had been done by football’s governing bodies around the world into what the game would be like if headers weren’t allowed.

The answer, it turned out, was that no such research had been undertaken anywhere on planet football, certainly none that I, or plenty of experts in the field, had come across.

Yes, heading isn’t allowed in some younger age groups, but no one’s looked at trying it in the senior game. 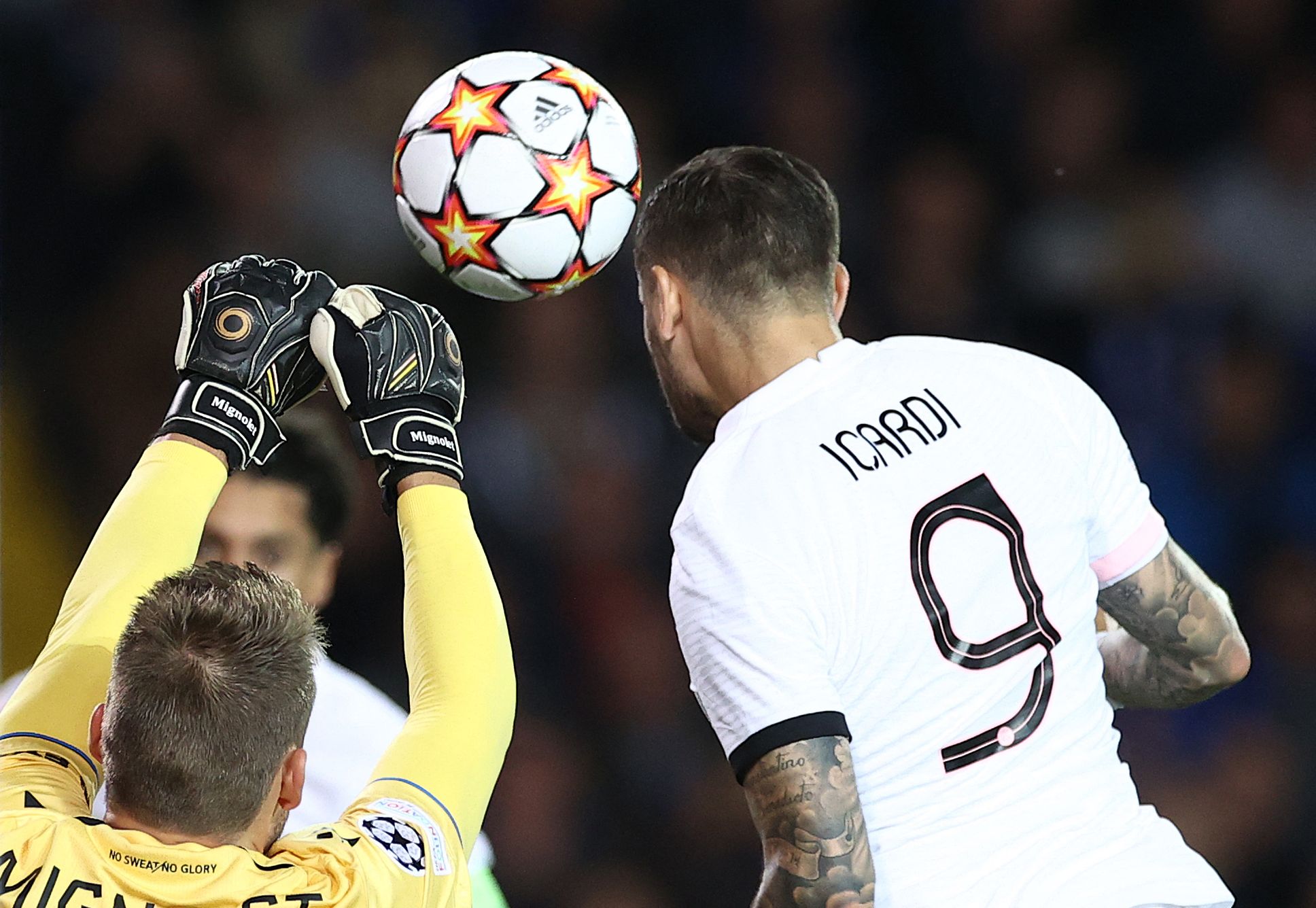 Furthermore, even asking the question about what header-less football might look like earned me all sorts of rebukes from those who considered such a thought heresy – like I’d suggested trying different-shaped goals or balls made out of sponge or something.

To be clear, I’m not sure taking heading out of the game is possible or even desirable.

But it seems barking mad to me – even immoral given what we now know about the medical harms – to not at least give it a try to see what it’s like.

If it doesn’t work at all, then fine, forget it. We’ll carry on as we are, accepting the risks and we’ll know we have at least explored all the possibilities.

I made a half-hearted attempt to get some kind of trial game organised, got nowhere and gave up.

I’m delighted, then, to now find out that the charity Head For Change has succeeded where I’ve failed.

On Sunday, September 26, at 3pm at Spennymoor Town in County Durham, two teams of ex-pros will play each other.

In the first half heading will only be allowed in the penalty area, in the second there will be no heading at all.

Pardon the slight pun but hats off to them. I’m fascinated to see how they get on.

Even umpire was ace 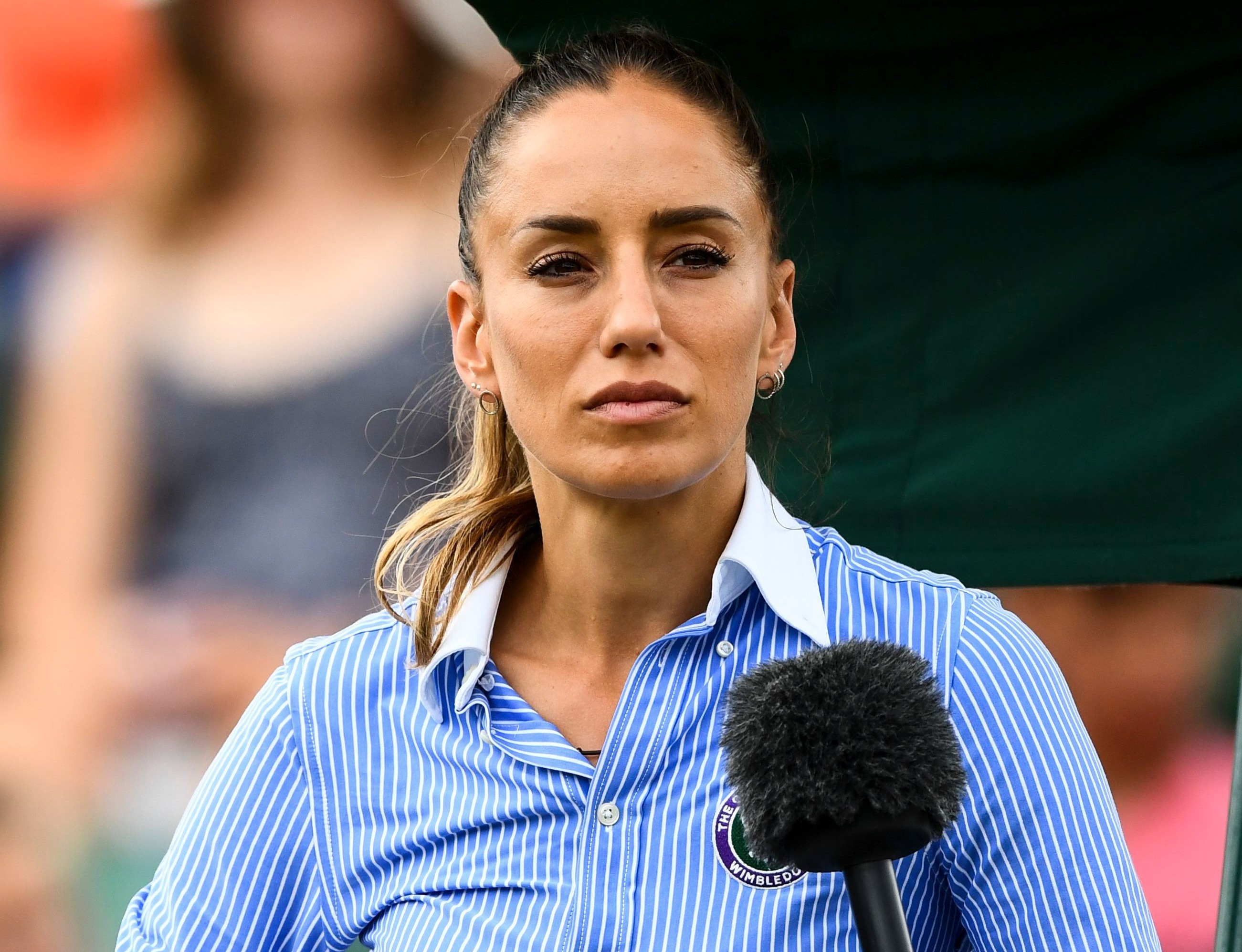 THREE things made a big impression on me watching the US Open Women’s Final.

The first was obviously our Emma Raducanu, right, who is, was and doubtless always will be simply phenomenal in every way.

Then there was her opponent Leylah Fernandez, left, who, on her form and ferocity, would have beaten anyone else in the world on the day, apart from Emma.

I was just thinking how nothing could better this sporting spectacle when the icing on the cake presented itself in the shape of the chair umpire Marijana Veljovic, above.

She looked like she might be doing the job just to pass the time between filming a Hollywood blockbuster in the morning and going on to do some catwalk modelling in the evening.

If I was a tennis player I would misbehave abominably just for the dark joy of hearing her discipline me for racquet abuse.