Husband, 34, whose life was saved by £450,000 crowdfunding campaign to pay for US cancer treatment reveals he will be a FATHER after couple have IVF

A husband whose life was saved after his wife launched one of Britain’s biggest-ever crowdfunding campaigns is going to be a father.

Mike and Kate Brandon announced they are expecting their first child through IVF following his lengthy battle with leukaemia.

The 34-year-old was diagnosed with the blood disease in January 2014 and was given just weeks to live by 2016.

But after learning of an experimental treatment in the US that could save him, Mrs Brandon, 36, set up a GoFundMe page and raised more than £450,000 to cover the costs.

After the successful treatment in Pennsylvania he went into remission and remains so today. 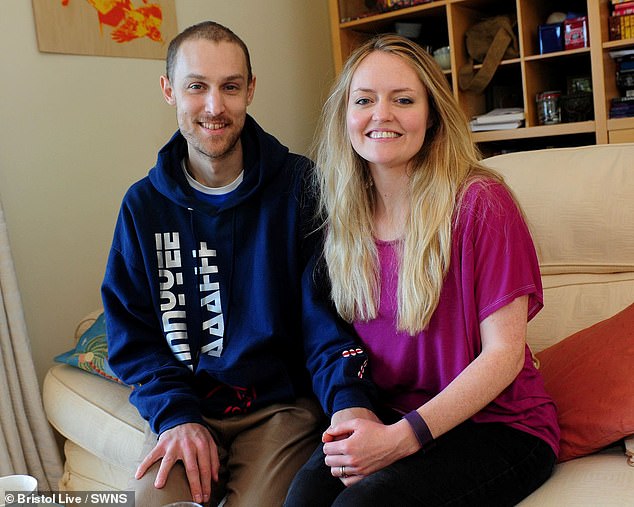 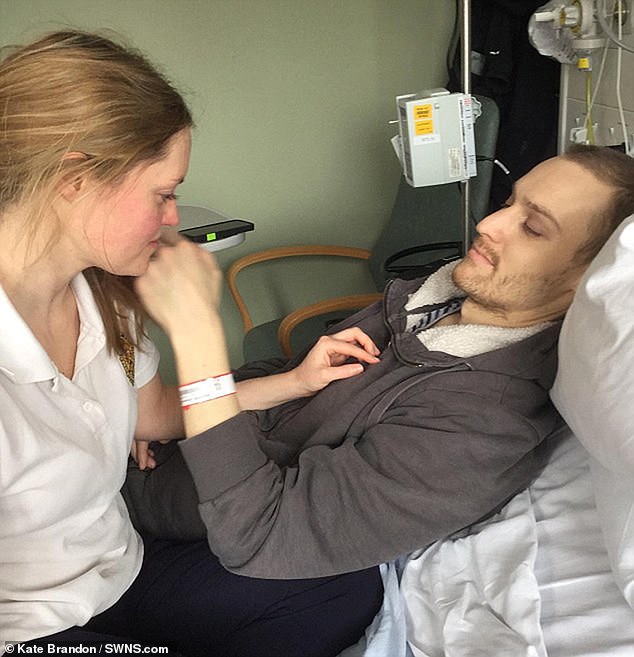 Mr Brandon, 34, was given weeks to live in 2016, pictured, but was able to undergo an experimental treatment in the US thanks to his wife raising £450,000 in just days with a GoFundMe campaign

It was the second time a viral internet campaign helped save his life after he previously found a bone marrow donor thanks to his wife’s online efforts.

The couple, of Westbury-on-Trym, Bristol, announced they were expecting on the GoFundMe page, which has had more than 20,000 donations.

Mrs Brandon said: ‘We continue to be grateful every single day to everyone who fought to keep Mike alive.

‘We still go through scary times and it feels like life still involves walking on a tightrope, but with more time that passes, the more clear tests he receives, our confidence builds and that tightrope becomes less scary.

‘Living in this way has its challenges but it’s a constant reminder to us to be grateful for the small things; cuddles on the sofa, giggles with friends and family, singing to the dog…I feel like I have fallen in love with him a little bit deeper with each hurdle we jump. 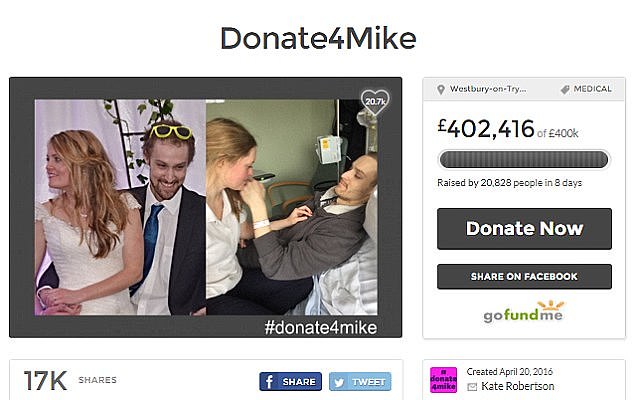 Mrs Brandon set up a GoFundMe page in 2016 that went viral and raised the £400,000 they needed in just eight days, pictured, 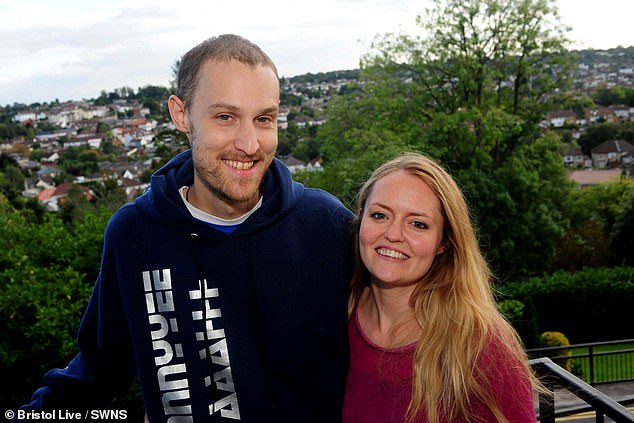 Mrs Brandon, 36, pictured, with her husband, said life was still ‘scary’ even though he is in remission, but that the experience has reminded them to be ‘grateful for the small things’

‘We are so, so lucky!…life continues to get more exciting and fulfilling. And…after four rounds of IVF we are almost six months pregnant!’

Mr Brandon was diagnosed unexpectedly in 2014 after experiencing night sweats and fatigue.

He immediately began chemotherapy and doctors said his condition was so severe that he only had until the start of July that year to find a donor.

Mrs Brandon, then Miss Robertson – who was backpacking in Asia when she received the news – described the revelation as the ‘the worst day of her life’.

Mr Brandon was initially told that there was a 60 per cent chance one of his three brothers would provide a positive match and could donate stem cells.

When none were deemed suitable, the couple contacted Anthony Nolan, a charity which saves the lives of people with blood cancer who need a stem cell (or bone marrow) transplant.

Within days, their race against time had hit the internet where it grabbed attention across the world.

WHAT IS ACUTE LYMPHOBLASTIC LEUKAEMIA?

Leukaemia is cancer of the white blood cells.

Acute leukaemia is that which progresses rapidly and aggressively.

Lymphoblastic leukaemia is cancer of the lymphocytes – the white blood cells that fight viral infections.

It affects about 650 people a year in the UK and is the most common type of cancer in children.

Approximately one in every 2,000 children will develop it.

About 85 per cent of cases occur in children under the age of 15.

Treatment usually involves a combination of chemotherapy and radiotherapy and a stem cell transplant is sometimes required.

Mrs Brandon started a campaign called #Shake4Mike in which she asked the public to register with the charity as stem cell donors and upload ‘shaky face’ selfies to social media before nominating a friend to do the same.

In May, the couple were ecstatic when the search yielded a donor – and on 30th June 2014, his 30th birthday, Mr Brandon got his lifesaving transplant.

It meant the couple were able to enjoy the wedding of their dreams in June 2015.

But their joy was to be short lived, as in February 2016 he began to feel ill again.

Tests revealed his white blood cells had plummeted and doctors were forced to investigate pains in his chest.

A month later, in late March, the couple received devastating news that his leukaemia returned – this time more aggressive than ever after spreading to 35 per cent of his cells.

With her husband having undergone every treatment the NHS offers, Mrs Brandon searched for a solution – and discovered a treatment called CAR T-Cell therapy.

This is where stem cells are inserted into the body – and prompt the immune system to fight the cancer.

Doctors warned them the costs would be ‘astronomical’ but their online campaign reached their £400,000 total within just nine days, with extra cash raised going to Bristol Royal Infirmary Haematology Oncology Unit.

Mrs Brandon also revealed on the GoFundMe page that the T-Cell treatment her husband received in Pennsylvania is now available in the UK.

The couple’s GoFundMe page is still active, with donations being given to the Bristol Royal Infirmary. To donate uk.gofundme.com/donate4mike

Waterloo Regional Police are asking for the public’s help in locating a missing 14-year-old girl. They say that Fable Linfield was last seen leaving her…