Money-obsessed husband, 70, blasted his estranged wife to death in drive-by shotgun attack after he was ordered to pay her £10,000 divorce settlement 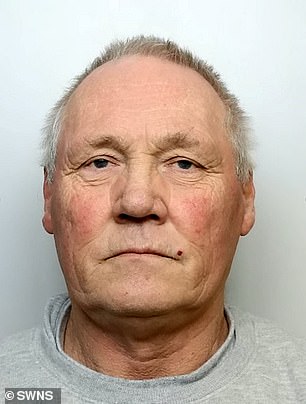 A money-obsessed pensioner has been found guilty of murdering his estranged wife in a drive-by shotgun attack after he was ordered to pay her a £10,000 divorce settlement.

Michael Reader, 70, blasted Marion Price, 63, with a shotgun as she sat in her car outside her home in Earls Barton, Northamptonshire, after spending months tracking her movements.

A court heard he carried out the ‘cold, calculated murder’ because he ‘bitterly resented’ being told to pay his former partner £10,000 just a few days earlier.

He killed Ms Price as he drove by her Vauxhall Corsa on his motorbike, shooting her once through the window before she had taken off her seatbelt.

Ms Price’s brother and son-in-law later discovered the grandmother-of-three’s blood-soaked body slumped in the front seat of the car on December 15 last year.

Emergency services rushed to the scene, but she was pronounced dead.

Reader was accused of laying in wait and killing Ms Price because he did not want to part with his money following a bitter legal row over their finances. 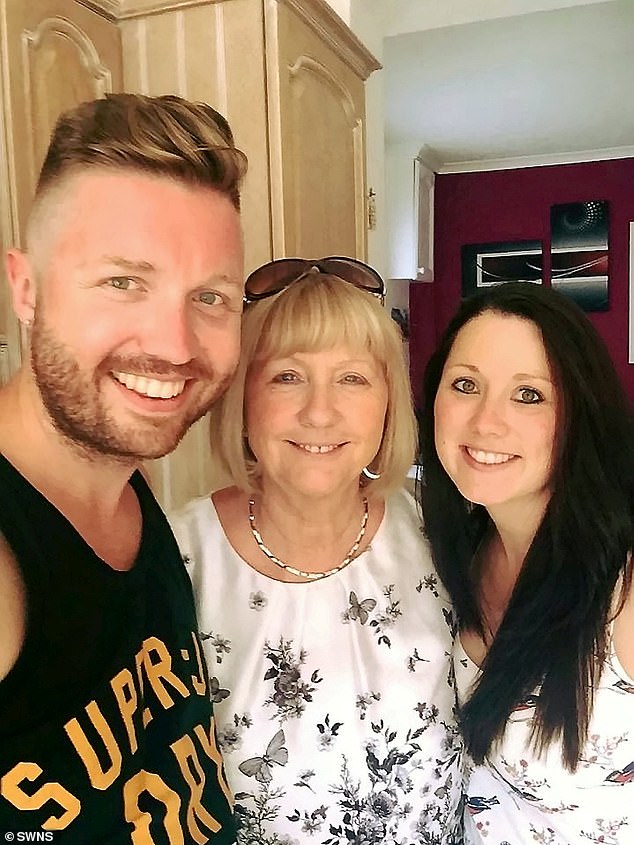 Ms Price’s brother and son-in-law later discovered the grandmother-of-three’s blood-soaked body slumped in the front seat of the car on December 15 last year. Ms Price is pictured with her son Gary and daughter Toni

School finance worker Ms Price told friends she was ‘scared of what Reader would do next’ following the judge’s ruling in court.

He was described as a ‘controlling husband’ who was ‘obsessed with money’ and planted a tracker on his former wife’s car after the pair separated in 2017.

Reader had previously threatened ‘if you leave me, I’ll kill you’ and was accused of attacking her with a mallet before he carried out the execution. 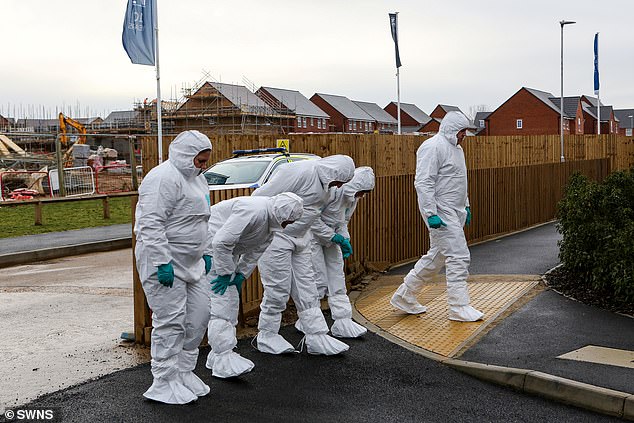 Police cordoned off and forensic officers conducted a search in Earls Barton, Northamptonshire, after Ms Price was found dead as a result of a shotgun wound in her car 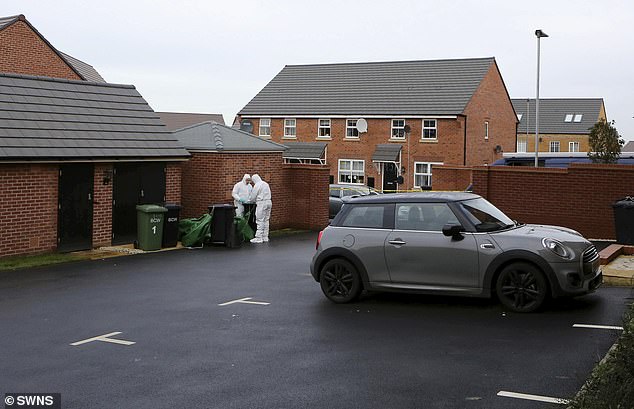 Reader kept his head bowed as he heard the verdict over videolink and is now likely to spend the rest of his life in prison.

In dramatic scenes at Northampton Crown Court a jury of seven men and five women convicted Stephen Welch by a 10-2 majority over his role in the death of Ms Price.

Welch, of Kingsthorpe, showed no reaction when the jury returned their verdict after 14 hours and 14 minutes of deliberations.

The court heard Reader, from Northampton, travelled to Ms Price’s home just days after he was due to pay her the £10,000 settlement from a bitter divorce.

Prosecutor Mary Loram QC said: ‘We will see this was an amount he would have bitterly resented. This was no amicable agreement.

‘Michael Reader was a man obsessed with money and it was a theme of his separation from Marion Price that he did not want to part with it. 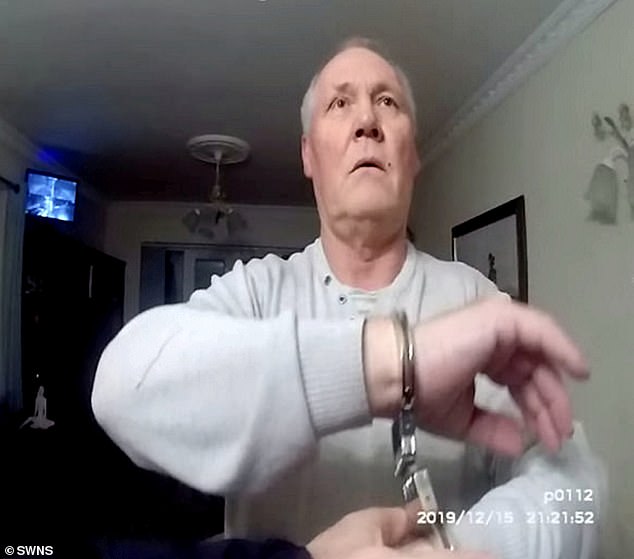 Michael Reader being arrested. The best friend of cold-blooded killer Michael Reader has too been found guilty of murder this afternoon

‘In the absence that his was anything but a cold, calculated murder, Michael Reader would, at the very least, be someone the police wanted to speak to.

‘He was a prime candidate for someone who would not only want to cause her harm, but kill her.’

On the day she was shot, Ms Price had been to visit her sister Helen and went shopping before going to visit their mother.

At 4.18pm Ms Price called daughter Toni before returning to her home. She was killed at around 5pm.

The court heard Reader had lain in wait for Ms Price for 45 minutes after parking his motorbike up on a street one mile away. 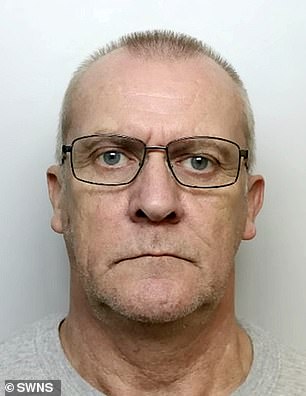 It wasn’t until three hours later that a neighbour noticed her car windows smashed and Ms Price’s family rushed to the scene and found her body.

Ms Price’s body was discovered slumped in the car three hours later after a neighbour noticed her windows were smashed.

Grey-haired Reader – who previously cleared for allegedly hitting Ms Price with a mallet – was later arrested at his home but denied seeing his former wife.

But a jury saw through his lies after hearing how he stalked his ex wife using a tracking device and gunshot residue was later found on his jacket, which was dumped in a river.

Detective Chief Inspector Joe Banfield, of Northamptonshire Police, said after the verdict: ‘Michael Reader is a manipulative, controlling bully, who could not stand the fact that Marion Price had escaped his clutches, left him, and was starting to enjoy her life again.

‘The campaign of abuse Reader imposed on Marion throughout their marriage caused her to live in almost constant fear.

‘He continuously put her down, ridiculed her, used threats of violence and made her life hell while they were together.

‘Reader was a man obsessed with control. When Marion bravely walked out on him, it was too much for him to take and he began tracking her movements.

‘Finally, after being ordered to pay Marion £10,000 as a final divorce settlement, he took the decision to murder her at close range, in cold blood.’ 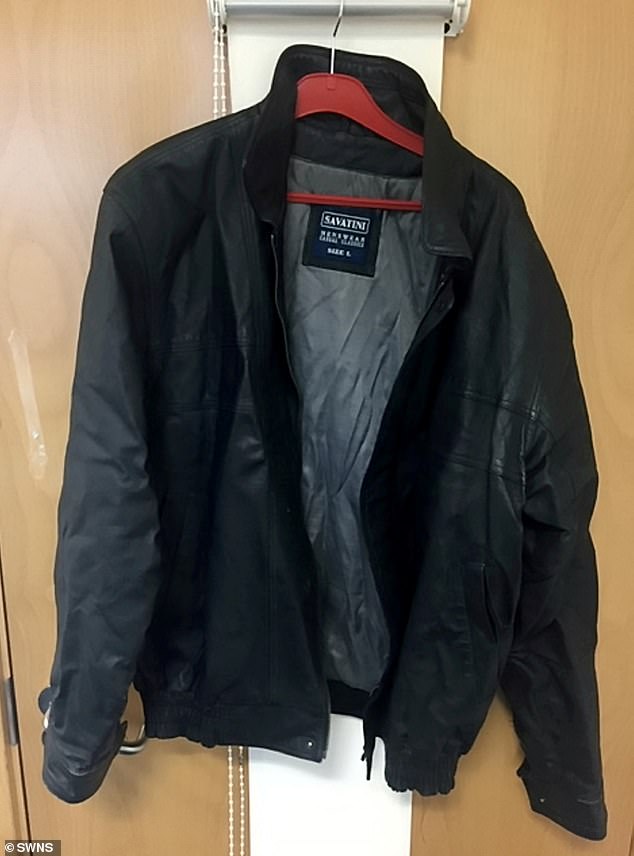 A jury saw through Reader’s lies after hearing how he stalked his ex wife using a tracking device and gunshot residue was later found on his jacket (pictured), which was found dumped in a river 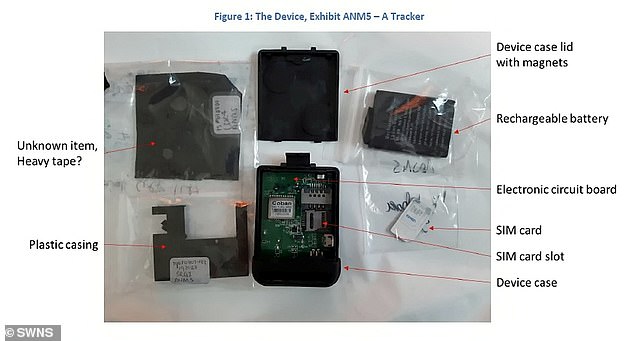 Northamptonshire Police said Reader subjected Marion to a harrowing campaign of abuse during their marriage.

They said Reader had controlled and manipulated Marion, belittling her, making derogatory comments about her appearance, and turned the ‘fun mum’ her children knew into someone who was ‘constantly on edge.’

On one occasion in 2017, Reader had left Marion stranded in London because she’d ’embarrassed him’ by daring to get up and dance at a Jersey Boys musical, alongside the rest of the West End audience.

‘Without him, Reader would not have been able to plan Marion’s murder and he should be utterly ashamed of himself for allowing Reader to draw him into such a sickening and calculated plan.

‘This has been a very complex case to investigate with lots of evidence to work through and I am pleased to have it conclude with Reader and Welch likely to spend the rest of their lives behind bars where they belong.

‘Finally, I would like to pay tribute to Marion’s family who have come to court every day, showing great courage, strength and resolve.

‘I hope the fact that justice has been served is a small comfort to them and my thoughts will remain with them long into the future.’