HORRIFIC photos show a collapsed highway in Mississippi as two were killed and 10 were injured after heavy rainfall from Hurricane Ida washed the road away.

Three of the people injured were in critical condition after the heavily traveled road in Mississippi completely collapsed on Tuesday morning. 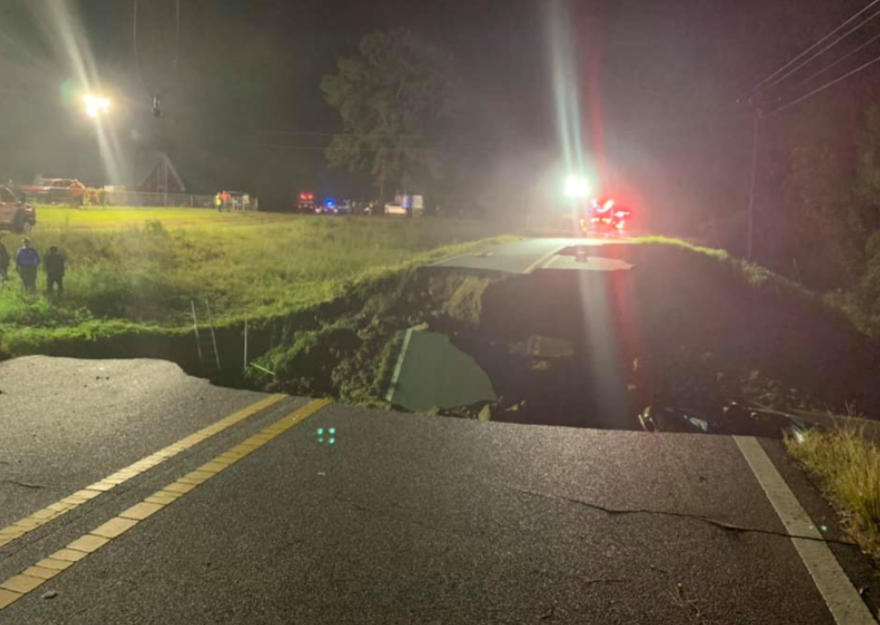 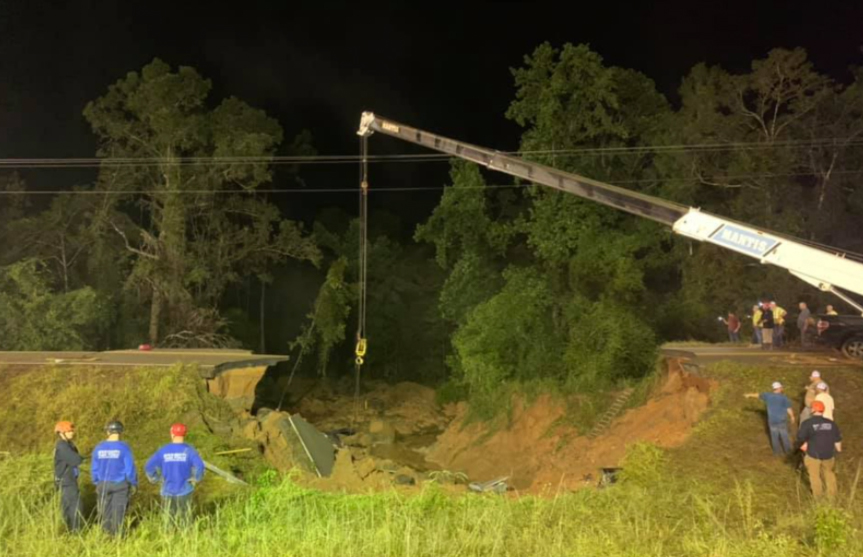 Highway 26 in Lucedale, a two-lane road, connects Mississippi and Louisiana.

According to reports, seven vehicles were involved in the wreck as the highway washed away.

A crane was needed the fish the cars out of the hole the heavy rainfall caused.

One of the victims has been identified as Jerry Lee, 42, and the second victim's name has not yet been released.

Local media reported that schools in the area canceled classes on Tuesday.

Highway 26 is the main bus route for schools in the George County School district.

At least four people have died as a result of Hurricane Ida, which made landfall over the weekend.

One of the individuals drowned in his car while attempting to drive through floodwaters, the Louisiana Department of Health said.

Another was discovered on Sunday after deputies responded to a call of a person injured by a downed tree in Baton Rouge.

THOUSANDS MAY BE WITHOUT POWER FOR A MONTH

By early Tuesday, around 1.3million people, mostly in Louisiana, were without power 48 hours after the storm hit.

Some people in the southern part of the state may be left without power for a month.

Power officials have warned leaders in Jefferson Parish, south of New Orleans, that its roughly 440,000 residents may have to live without electricity for a month or longer after utility poles were wiped out across the county.

Louisiana Governor John Bel Edwards expressed that "nobody is satisfied," with the estimate that power may be out for 30 days.

"We all want air conditioning … Even if you have a generator, after so many days they fail," he said.

The governor said he was hopeful that 20,000 power line workers in the state and thousands more en route could restore power sooner.

As of Tuesday, the Federal Emergency Management Agency (FEMA) was not able to complete a full damage assessment because of downed trees and clogged roads.

In the wake of the storm, parts of Louisiana and Mississippi are also under a heat advisory, with a heat index reaching 95 degrees on Tuesday. 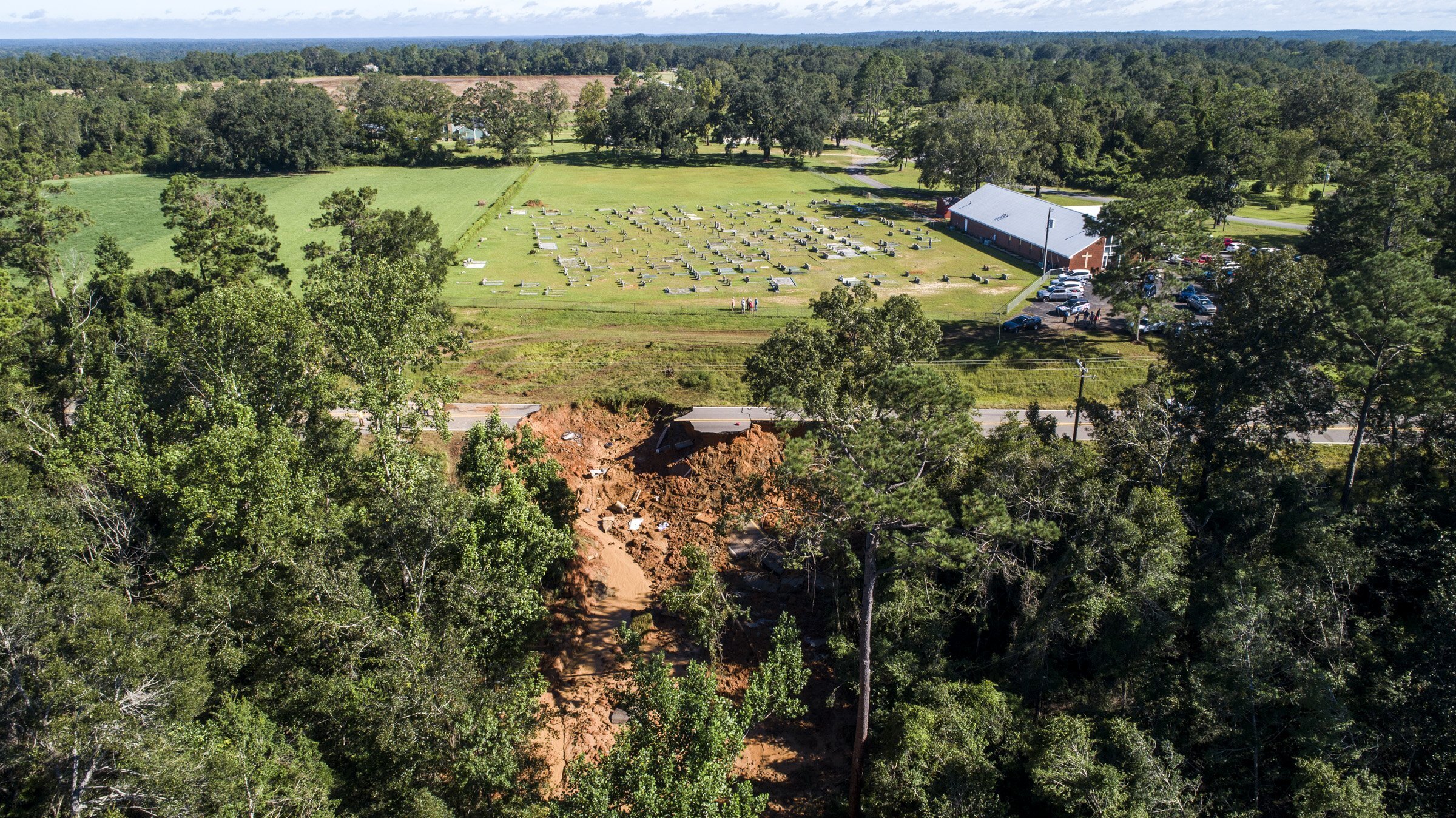 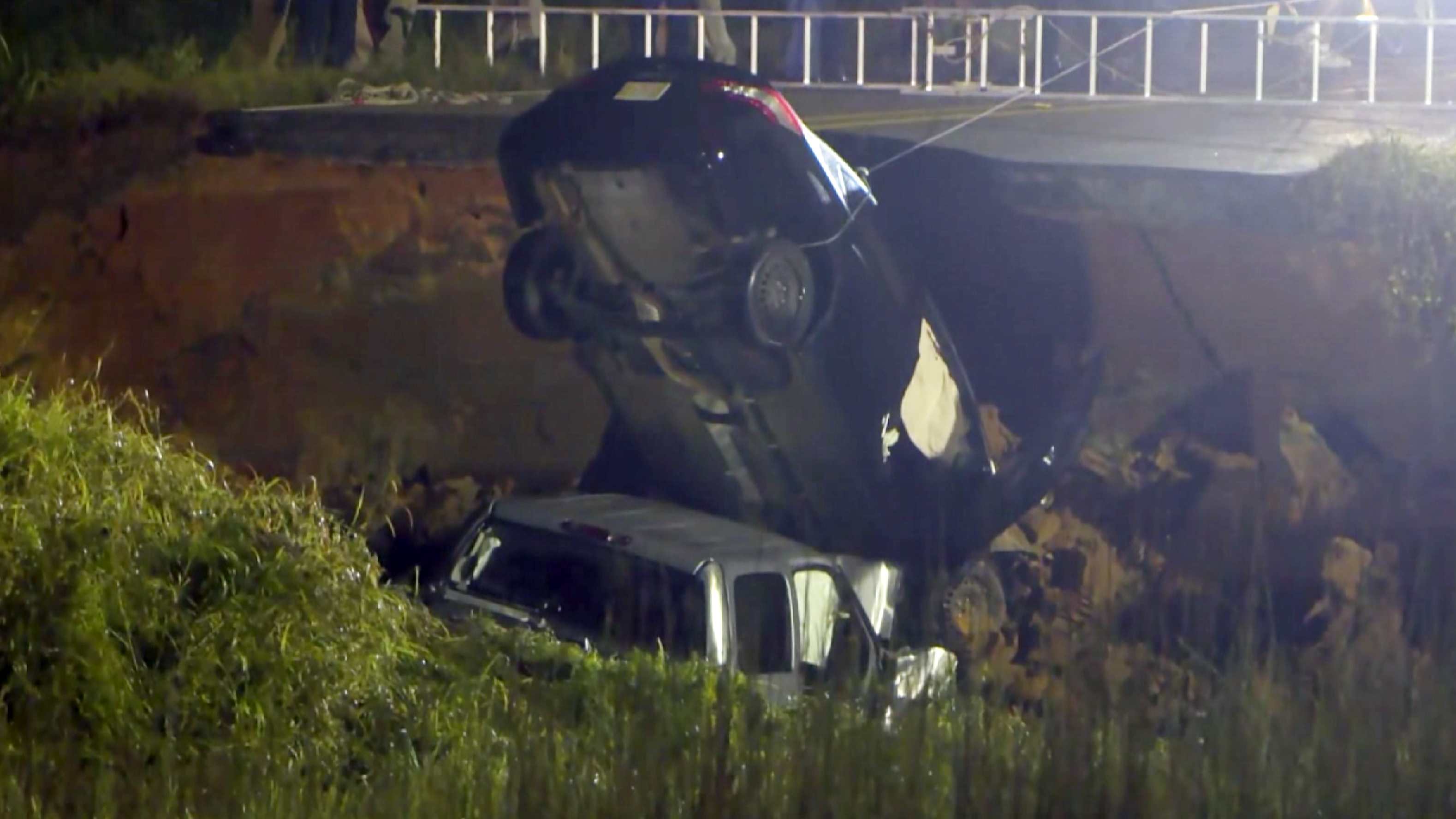