Hurricane Dorian has maintained its strength as a Category 4 system with maximum sustained wind speeds of 150mph. Currently on course to hit the Bahamas today (Sunday) there are several warnings and watches in place, and residents are being urged to take caution. CNN Meteorologist Chad Myers said: “This is the time that the Bahamas (is) really going to have do some significant soul searching, whether you want to protect your valuables or protect yourself because this will be a life-threatening storm in the Bahamas.”

According to the latest NOAA advisory at 5am EDT (10am BST), there are now four warnings and watches in place across the Bahamas.

As of the latest update, Dorian was located around 70 miles east of Great Abaco Island, and approximately 255 miles east of West Palm Beach, Florida. 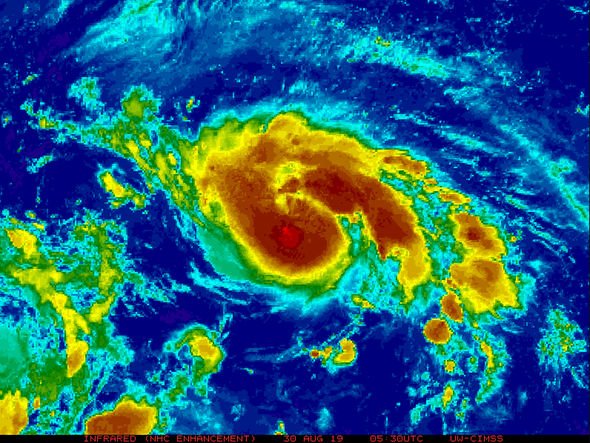 Dorian is moving toward the west near 8 mph (13 km/h), and a slower westward motion is predicted for the next day or two, followed by a gradual turn toward the northwest.

On this track, the core of Dorian should be near or over portions of the northwestern Bahamas later today and tonight, and should move closer to the Florida east coast late Monday through Tuesday night.

The NHC said of Dorian’s path: “By tonight, the global models show the ridge weakening, and this evolution should result in a slowing of the forward speed, with the hurricane becoming nearly stationary around 48 hours.”

The northwestern Bahamas is under a hurricane warning, which according to the NHC means “preparations to protect life and property should be rushed to completion.” 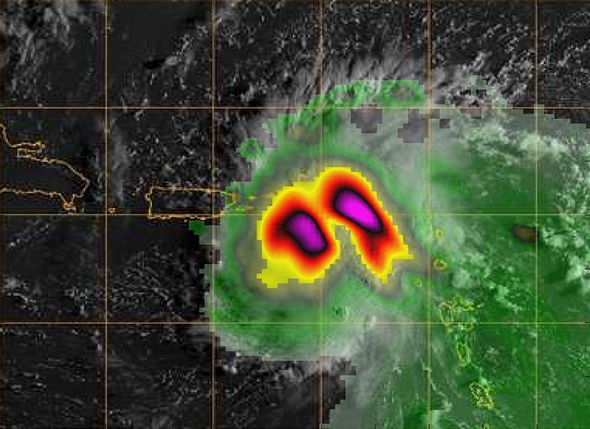 Below are the current warnings and watches in effect –

After the Bahama’s, Dorian’s track remains unclear – with several possibilities of a route.

However, all of these tracks impact the southeastern US coast in some way, with winds, rain and storm surge to be felt across Florida, the Carolinas and potentially Georgia.

The NHC warned: “There is an increasing risk of strong winds and dangerous storm surge along the coasts of Georgia, South Carolina, and North Carolina.” 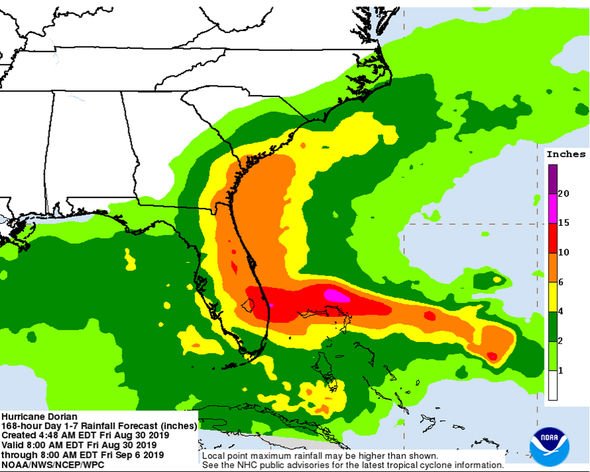 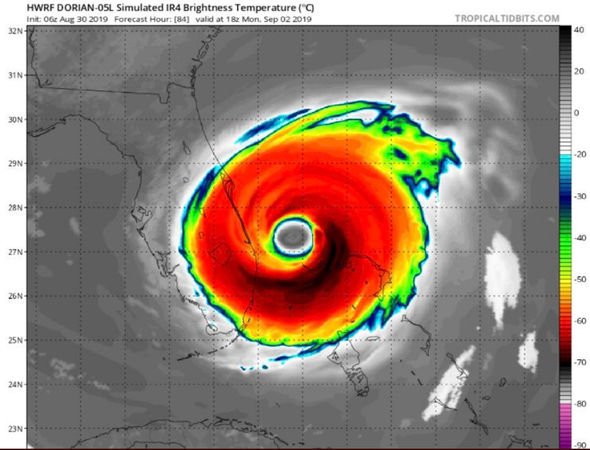 The NHC also warned: “Heavy rains, capable of producing life-threatening flash floods, are possible over coastal sections of the southeast and lower mid-Atlantic regions of the United States through late this week.”

Residents of North Carolina have been urged to “take Dorian seriously” by Roy Cooper, the state governor.

In a press release Mr Cooper commented: “Now is the time to prepare and take Dorian seriously.

“This storm could cause serious damage and bring dangerous conditions to our state.

“I urge everyone to follow the forecast and listen to their local first responders.”