HURRICANE Delta made landfall in Louisiana on Friday as a Category 2 storm as the state struggles to recover from the destruction left by Hurricane Laura just six weeks ago.

The eye of the storm slammed the town of Creole with 100mph winds and deadly storm surges expected to reach up to 11feet at around 6pm, the National Hurricane Center said. 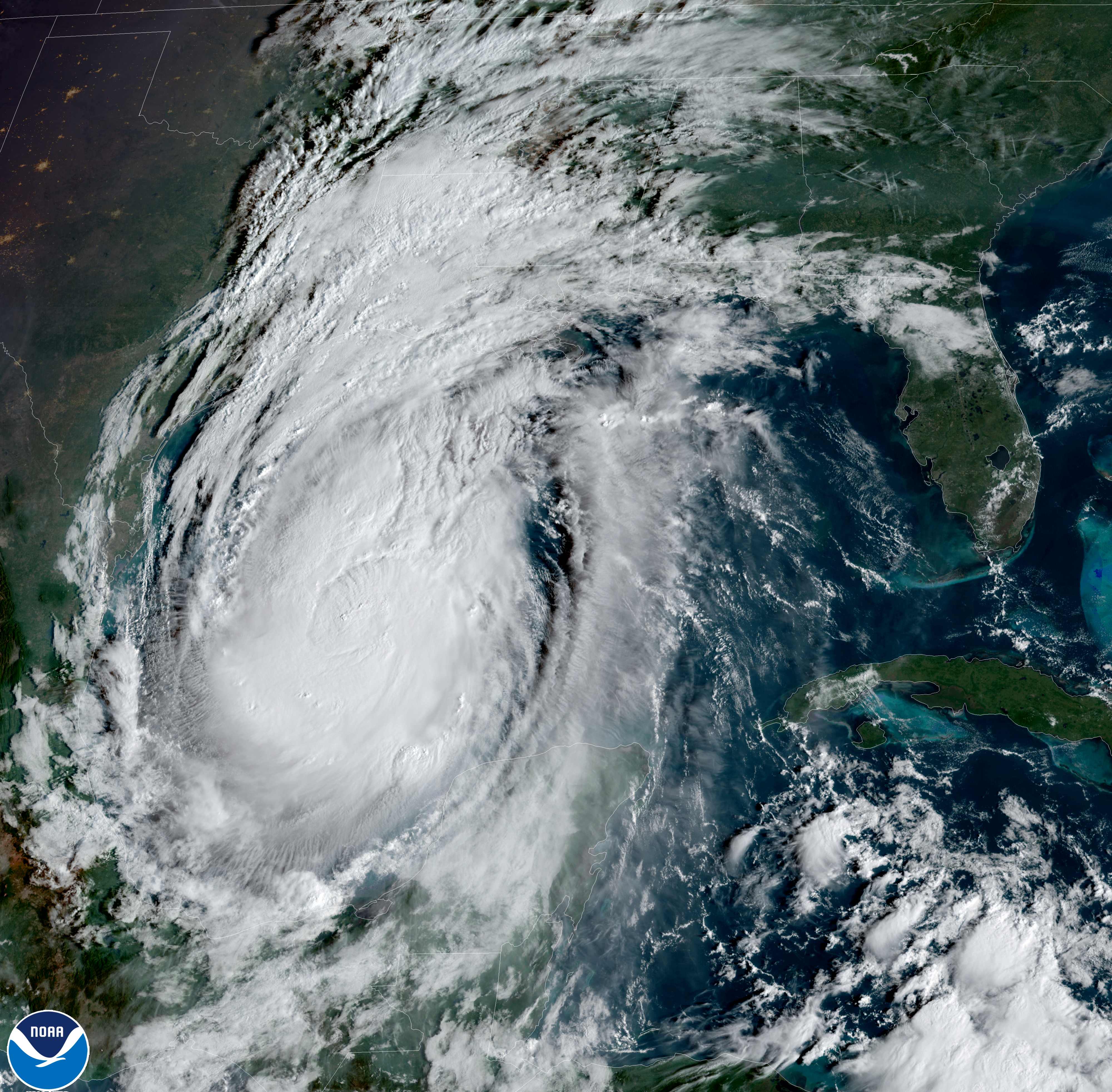 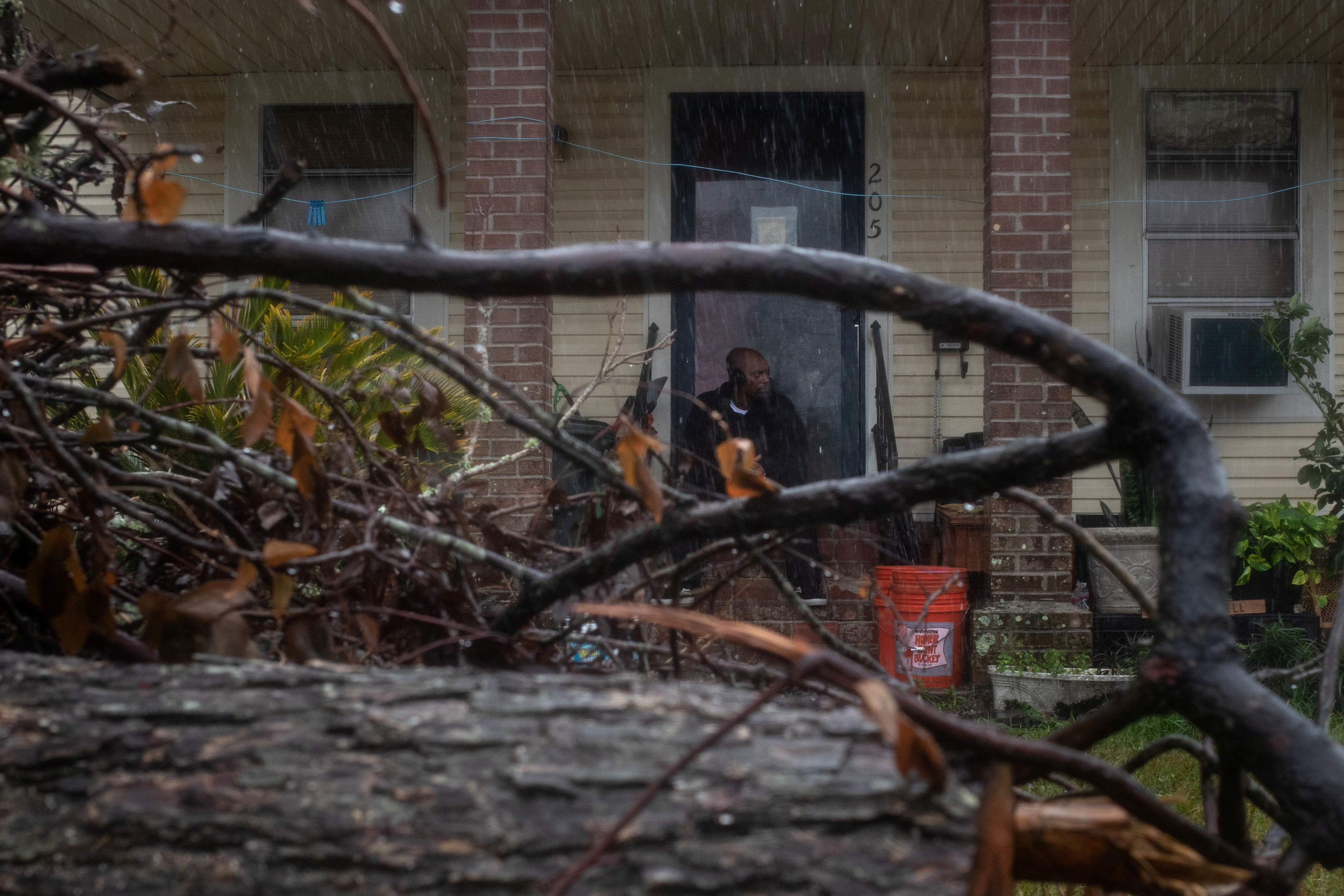 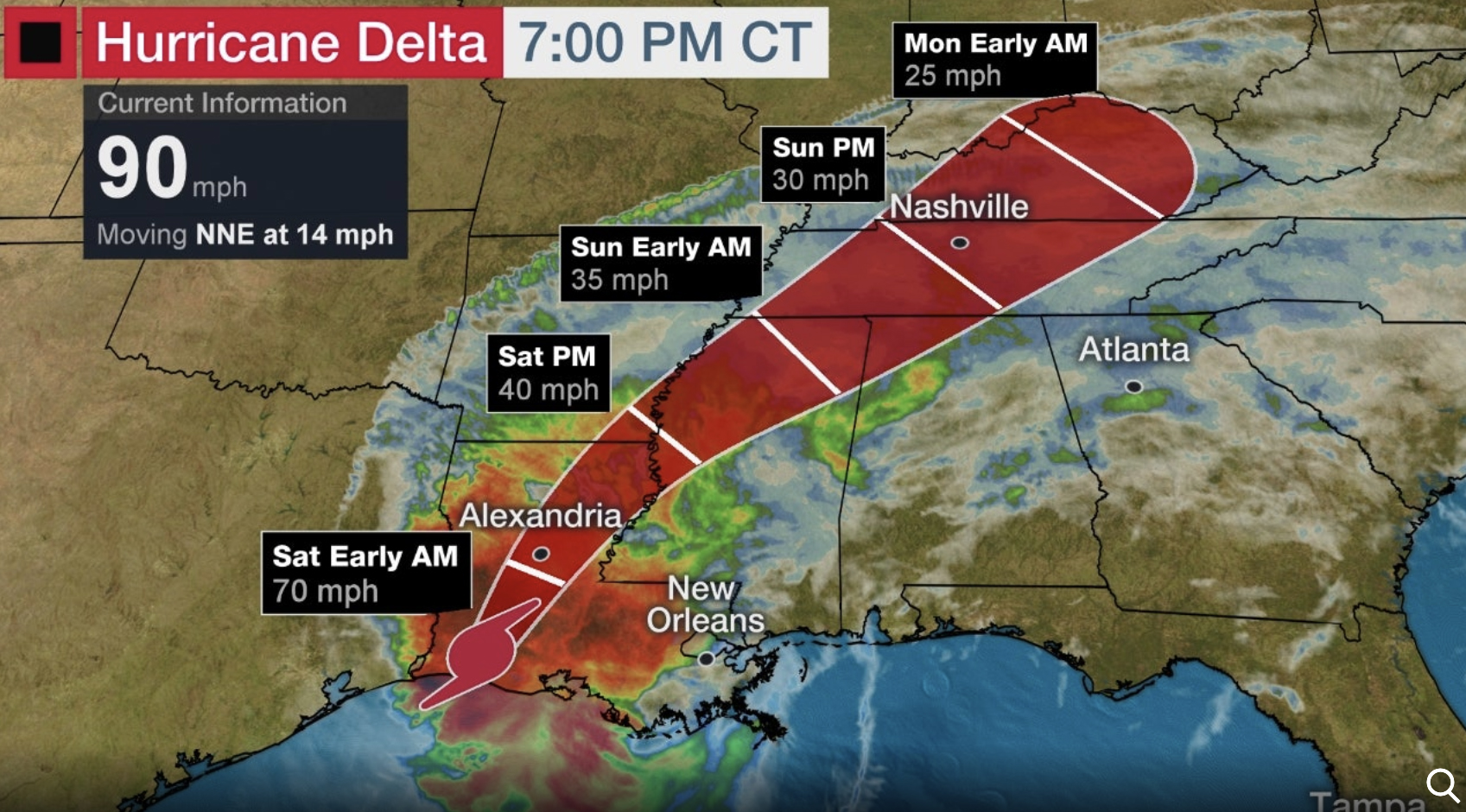 Residents in southwestern Louisiana braced themselves for torrential rains, damaging winds, fatal flooding, and tornadoes just six weeks after the area was hit by another deadly hurricane.

In Lake Charles, 30 miles from where Delta made landfall, rain pelted the tarp-covered roofs of buildings demolished by Hurricane Laura in late August.

At least 27 people were killed throughout the state.

"It's devastating and its emotional for the citizenry," Mayor Nic Hunter said as he prepared to ride out the storm in downtown Lake Charles.

About 92 percent of oil production in the Gulf of Mexico was shut down in anticipation of the tropical storm on Friday. 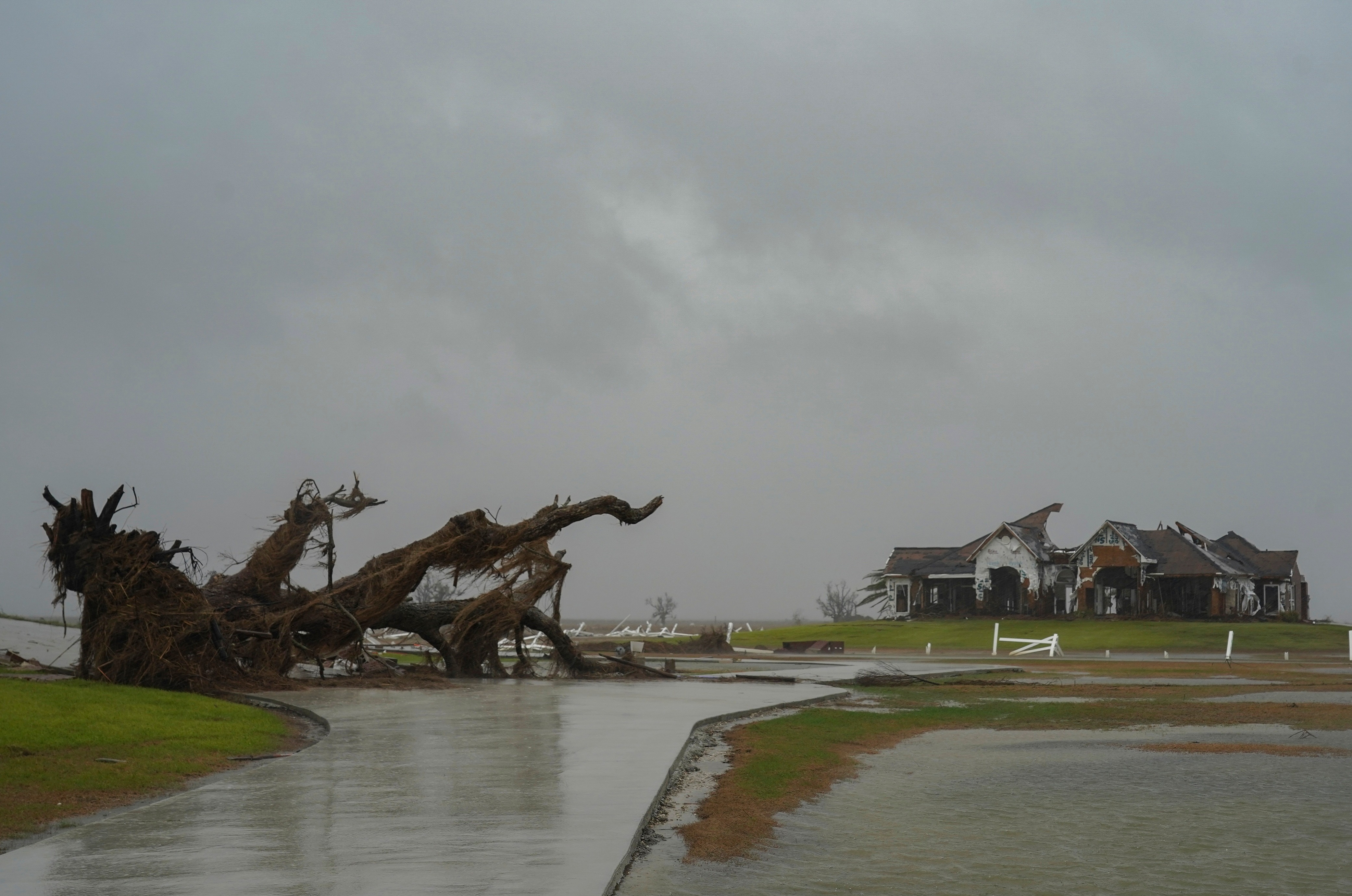 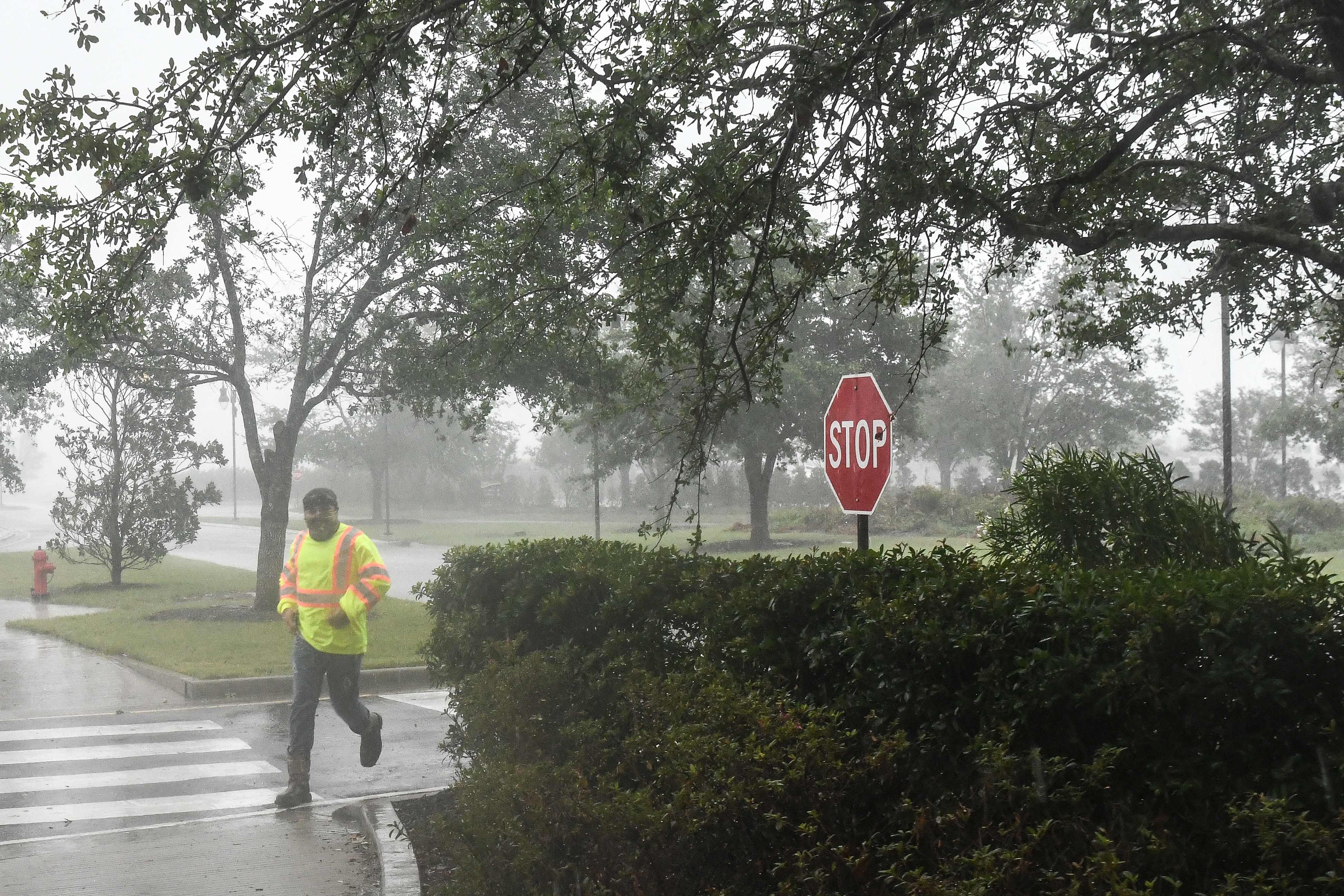 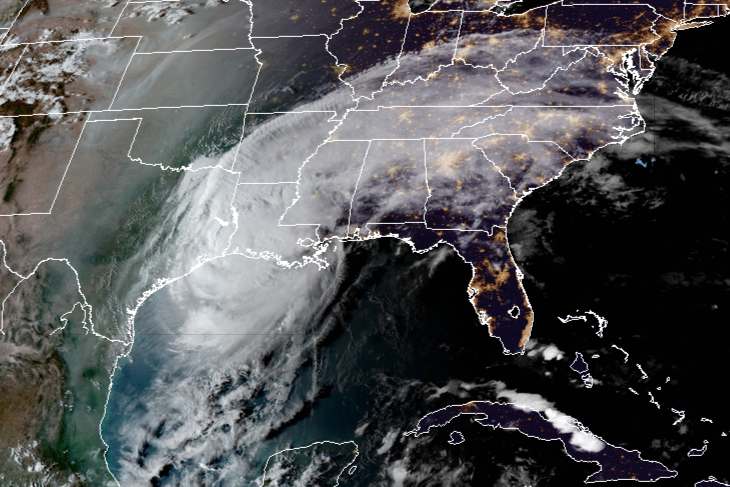 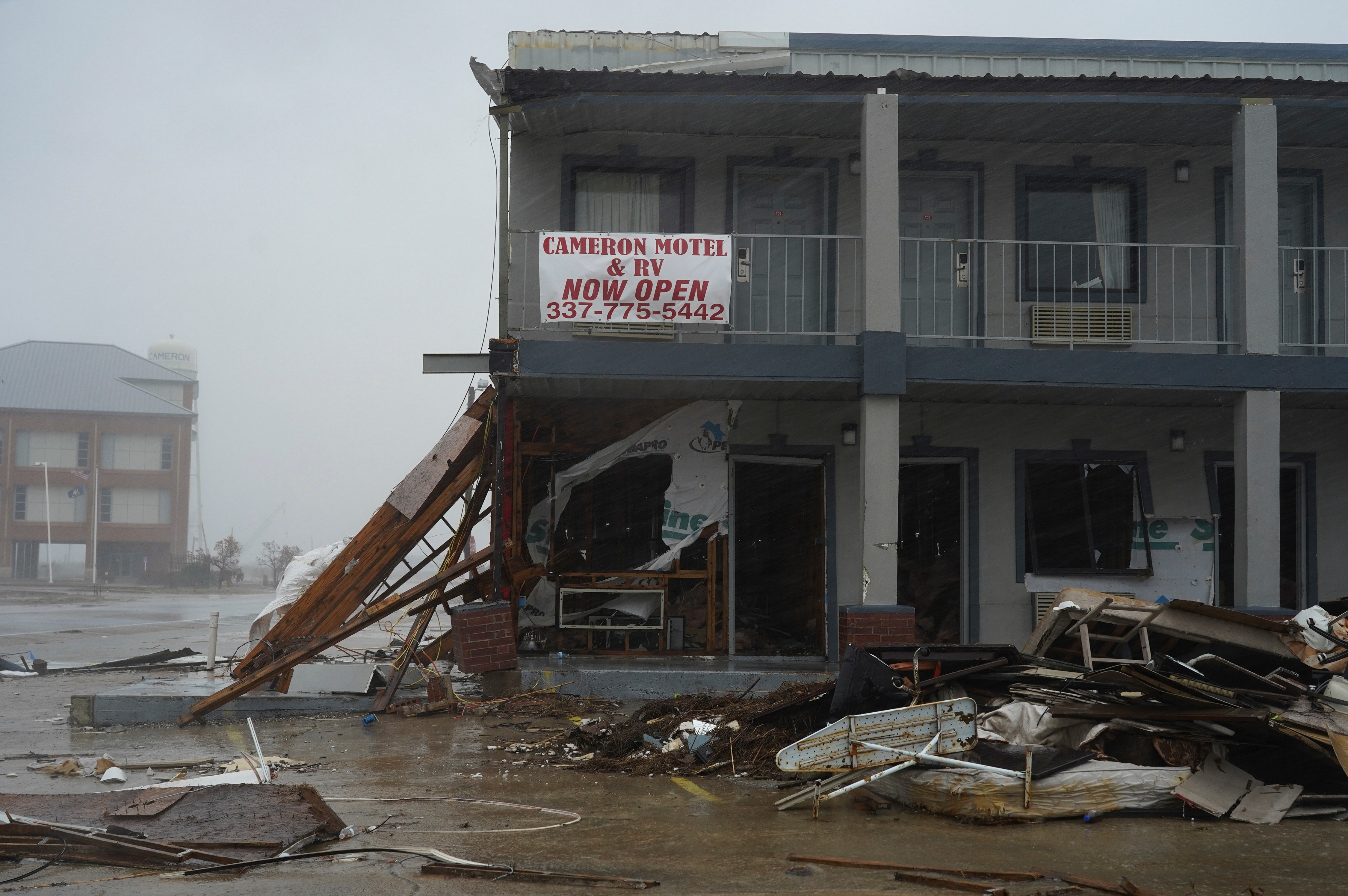 The Bureau of Safety and Environmental Enforcement said in a press release that seven rigs and 274 platforms had to be evacuated as Delta made her way to Louisiana's southwestern coast.

"Facilities sustaining damage may take longer to bring back online."

By 4pm – hours before Delta made landfall – almost 20,000 people were already without power, prompting fears that residents could be at risk of carbon monoxide poisoning as they turned to using generators. 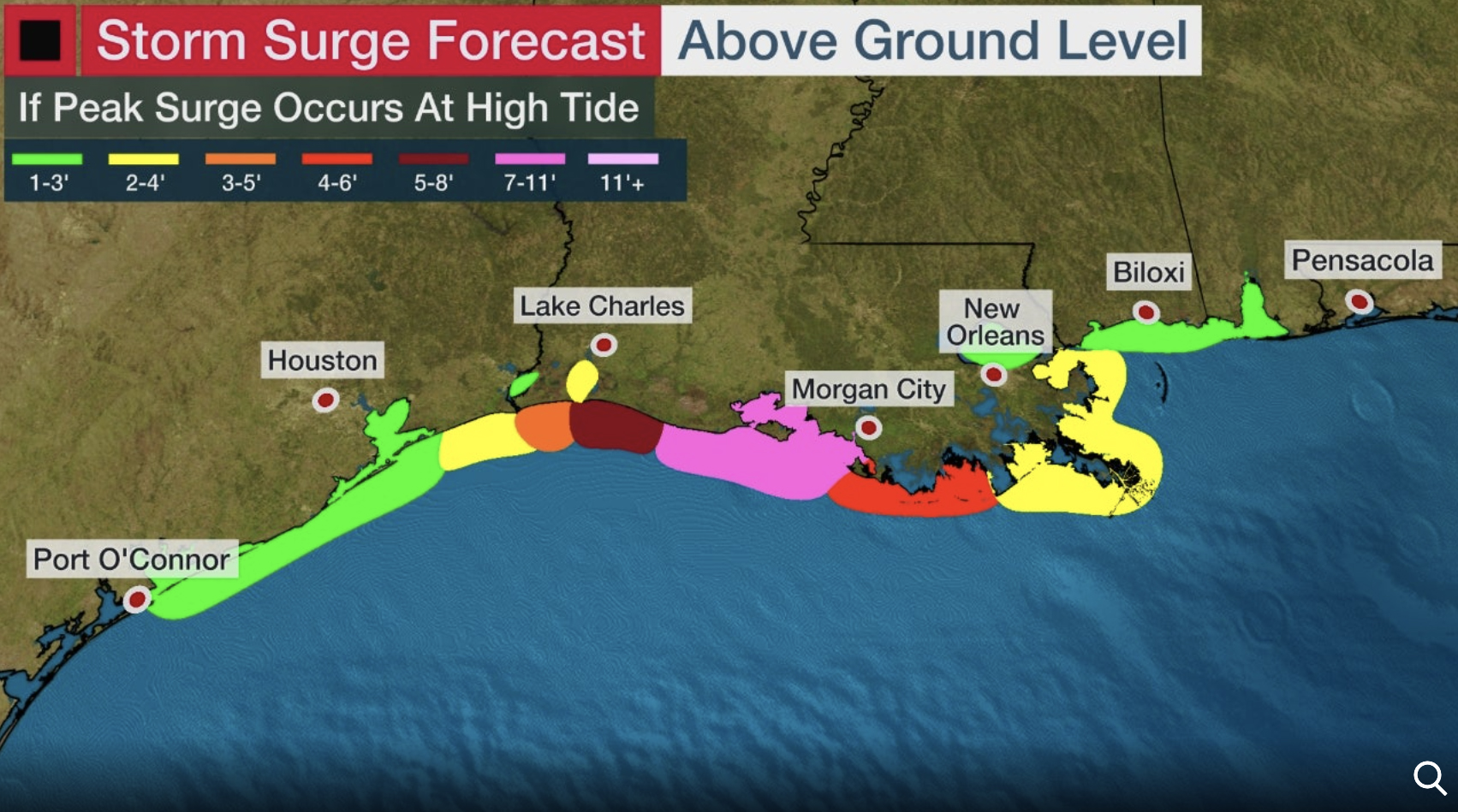 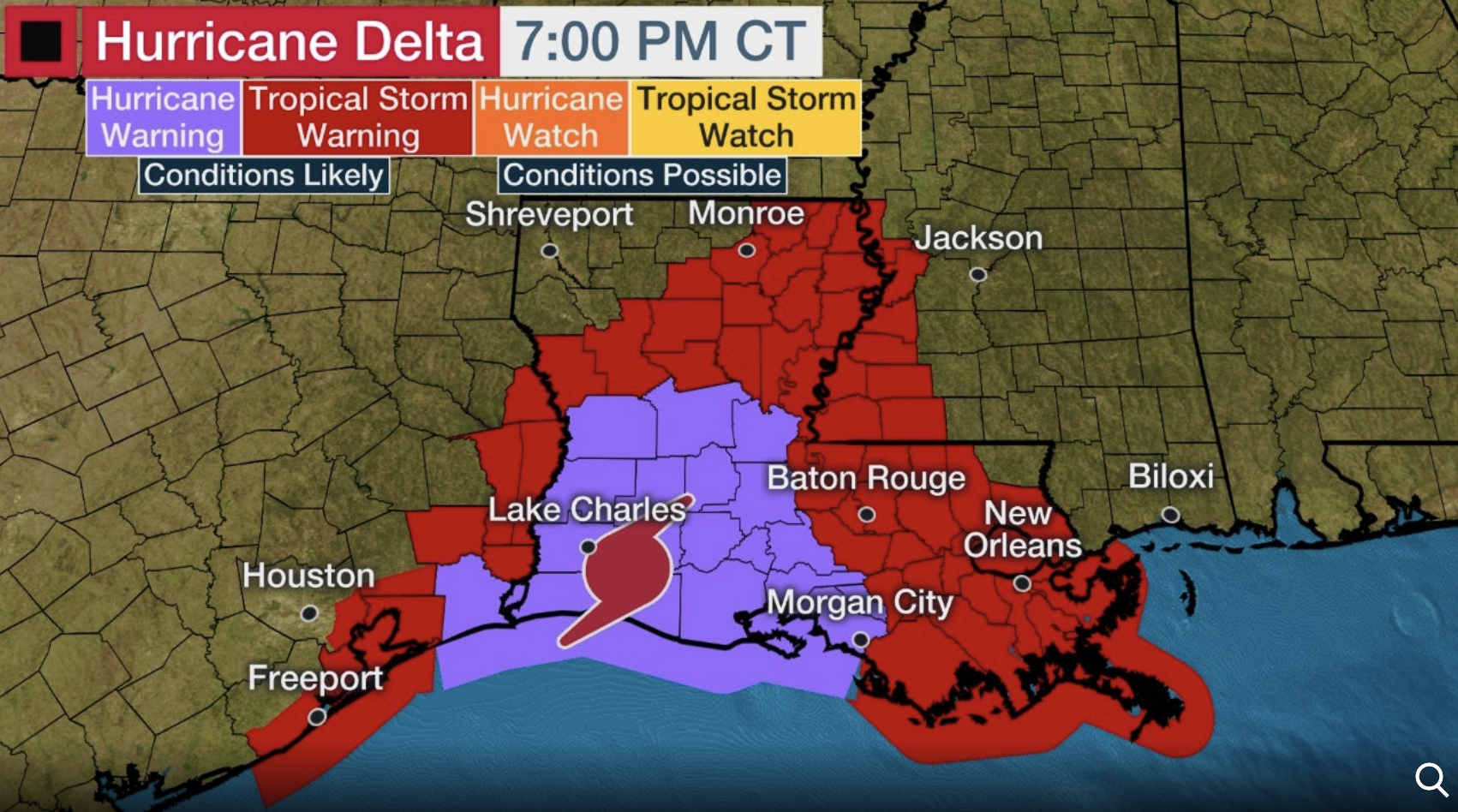 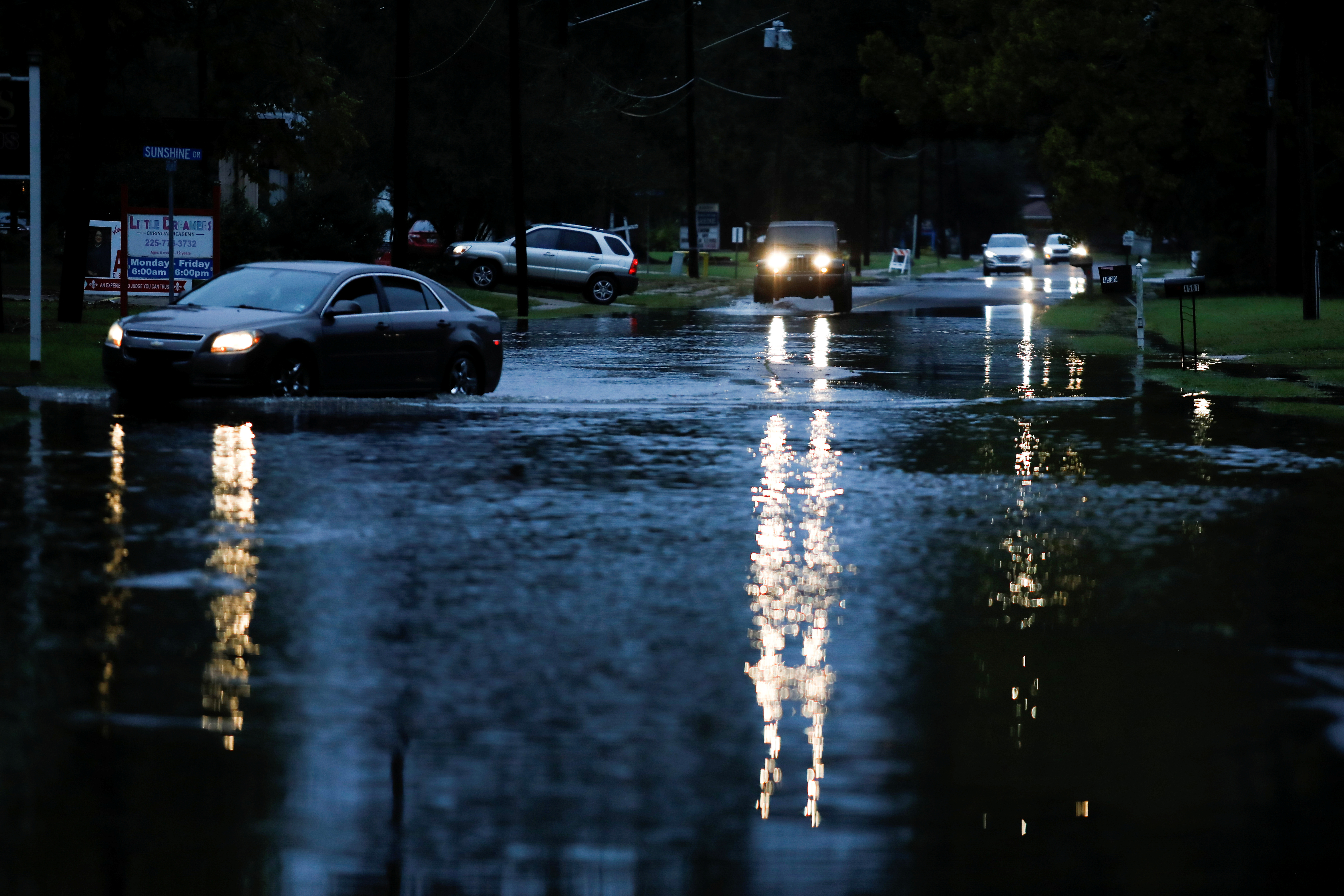 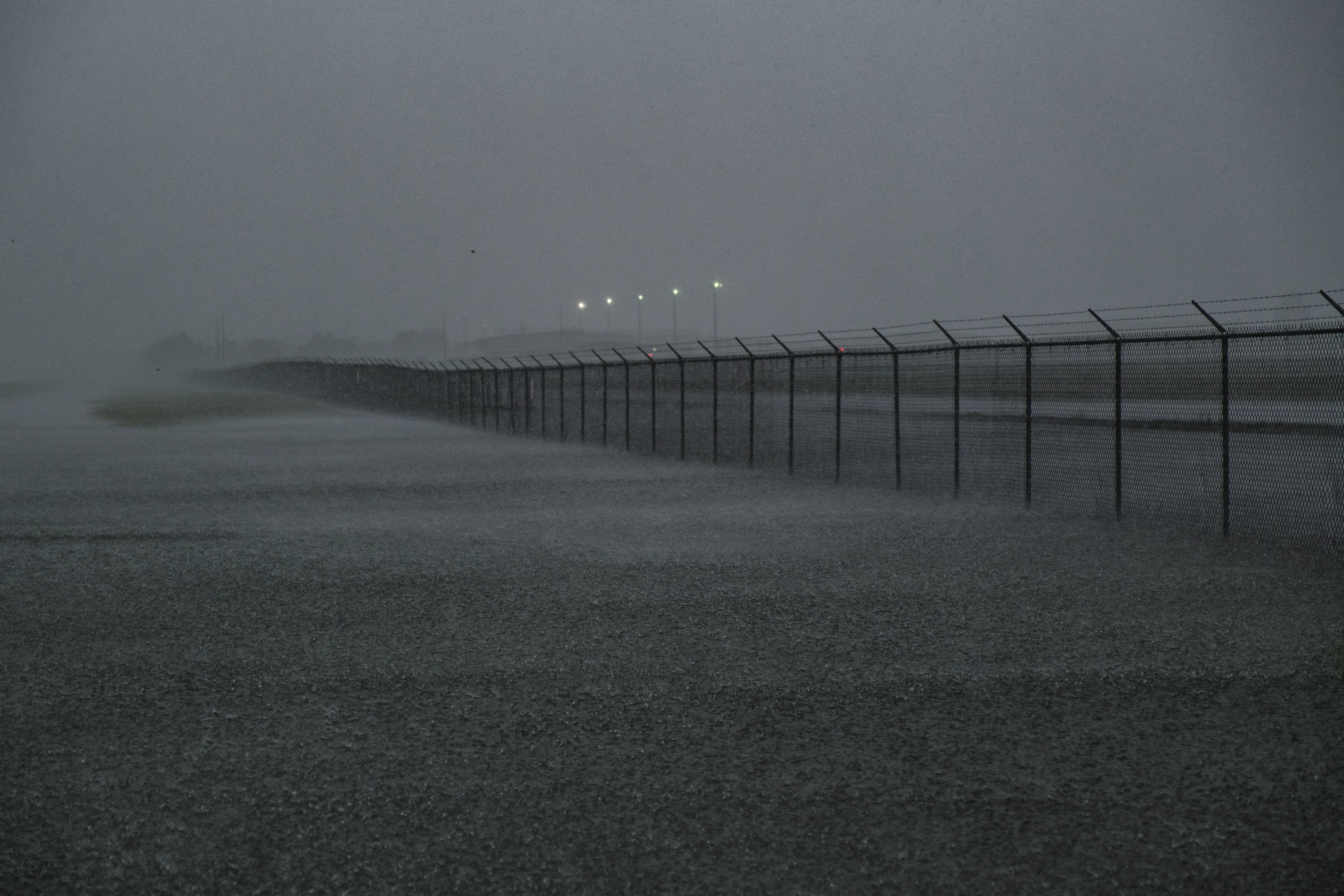 As of 7pm, more than 200,000 residents had no power, according to The Weather Channel.

Another 99,308 outages were reported in Texas as of 8:30pm EST, according to poweroutage.us.

Five million people prepared for flash flooding and thousands were placed under mandatory evacuation in communities including Cameron Parish and Calcasieu Parish by Friday morning. 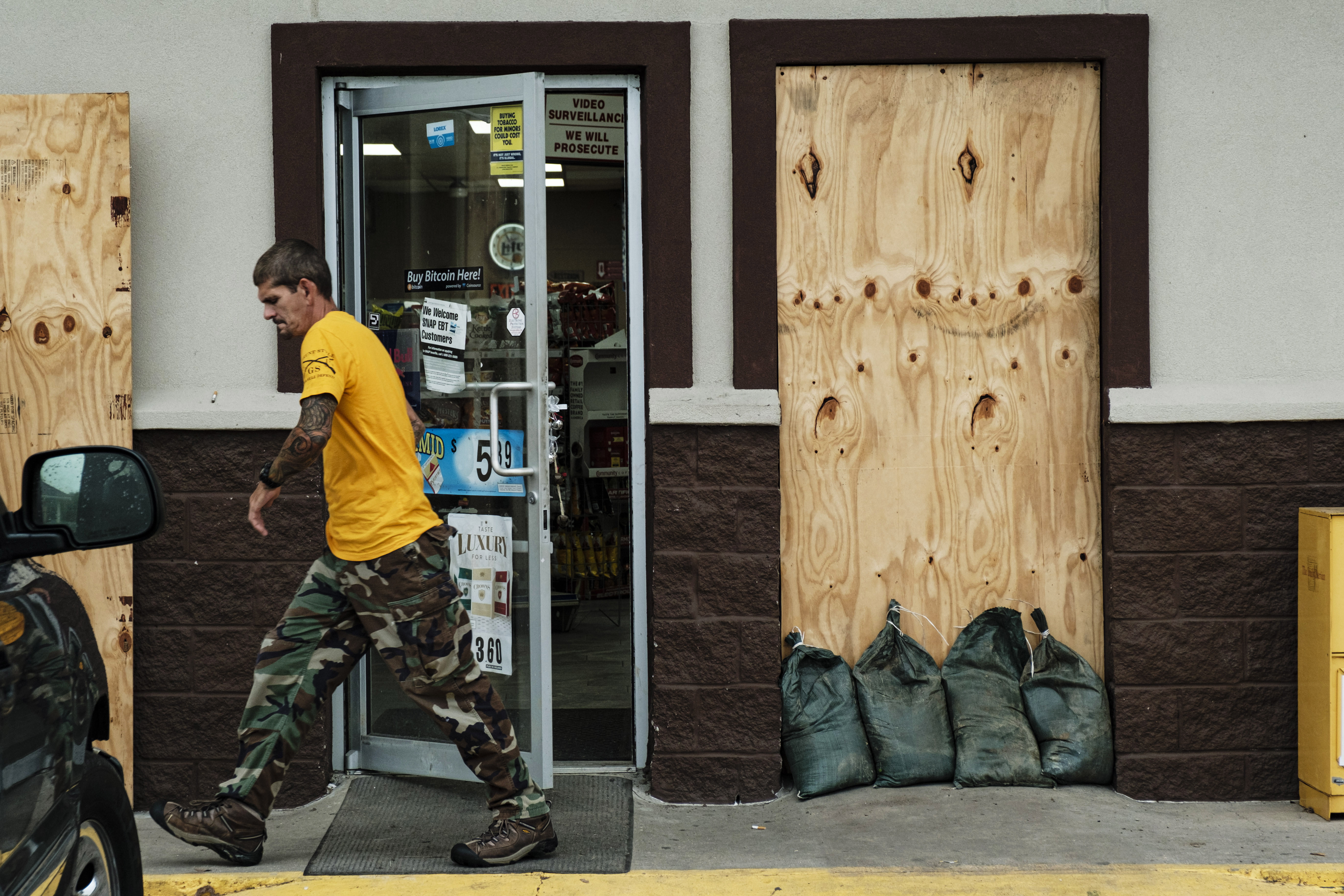 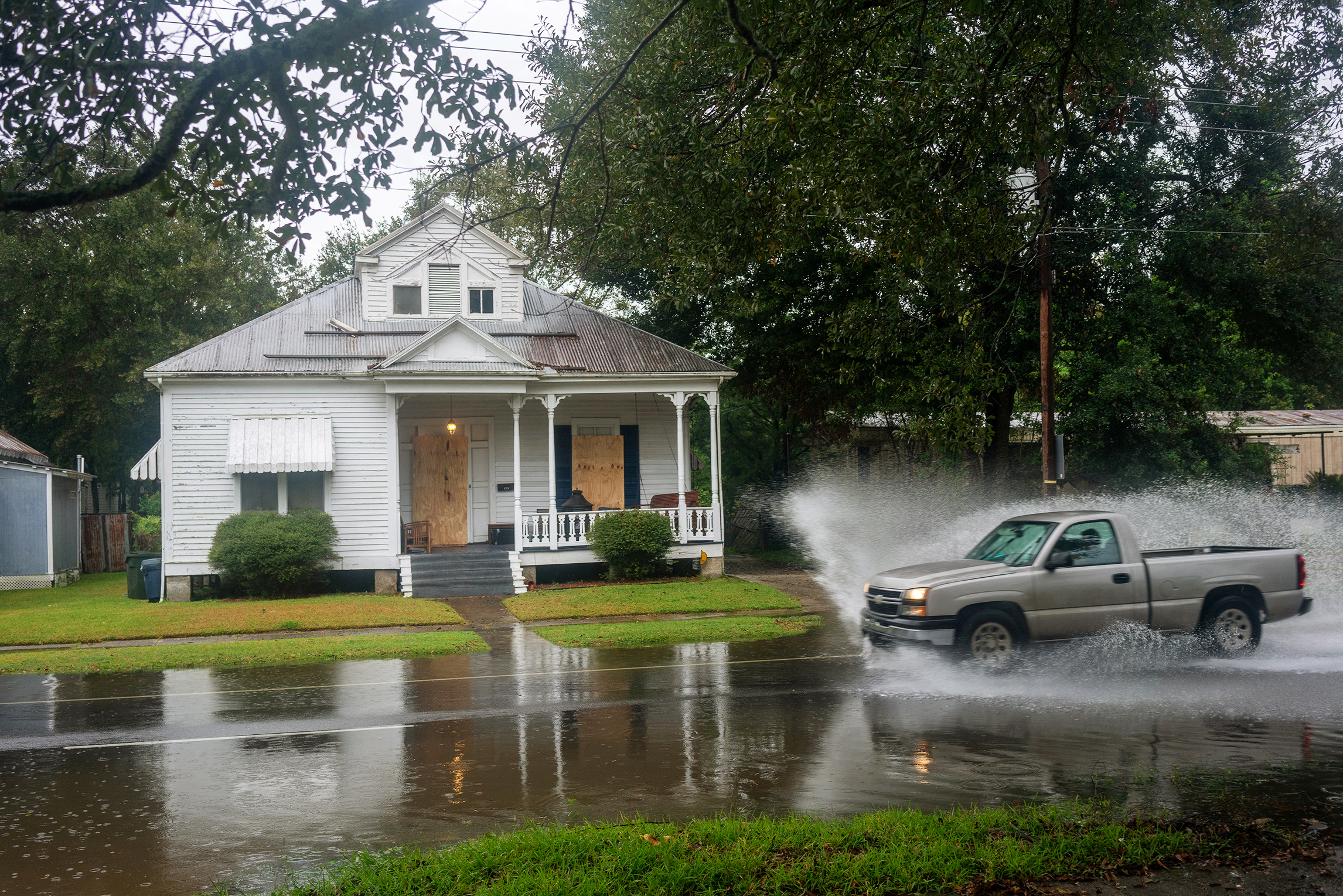 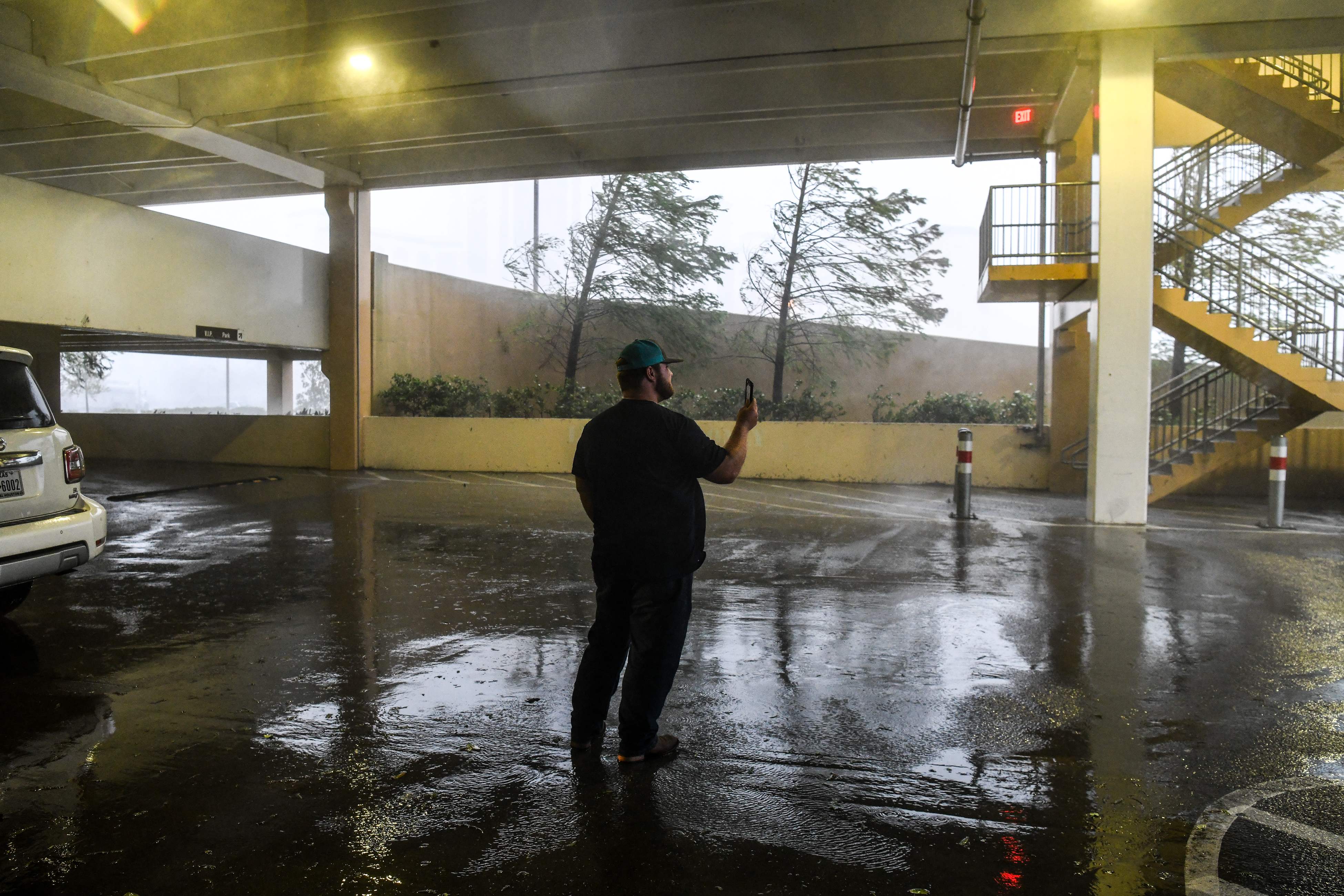 New Orleans was expected to escape Delta's worst. But tropical storm-force winds were still likely in the city Friday, and local officials said they were preparing for the possibility of tornadoes.

Earlier in the day, the Louisiana National Guard set up shelters to house displaced residents.

Louisiana Gov John Bell Edwards said at a press conference that nearly 10,000 residents had been moved to emergency shelters by Friday afternoon.

Most evacuees came from Calcasieu Parrish – the area expected to bear the brunt of the storm.

Delta, the latest in a recent flurry of rapidly intensifying Atlantic hurricanes that scientists largely blame on global warming, appeared destined to set records at landfall. 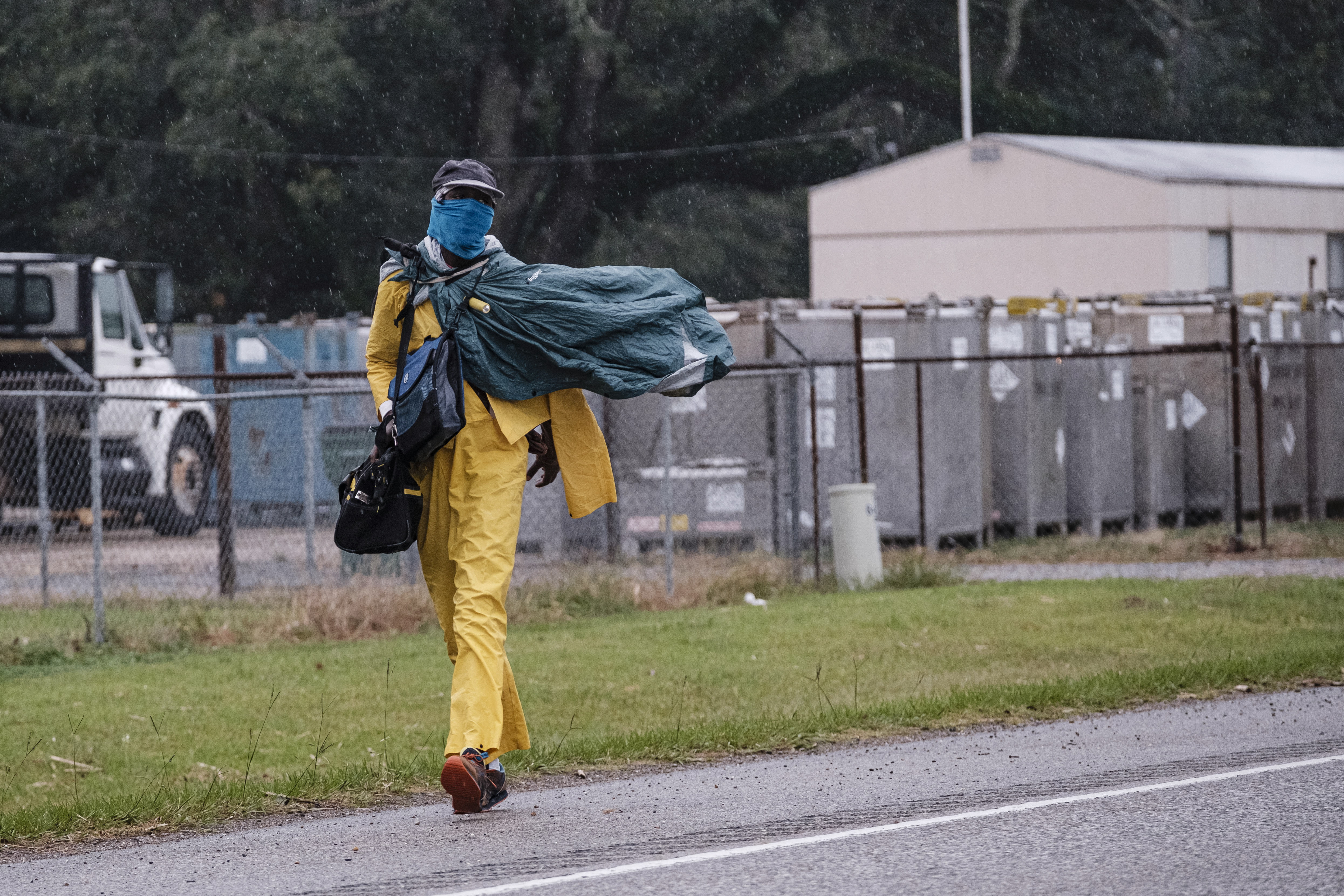 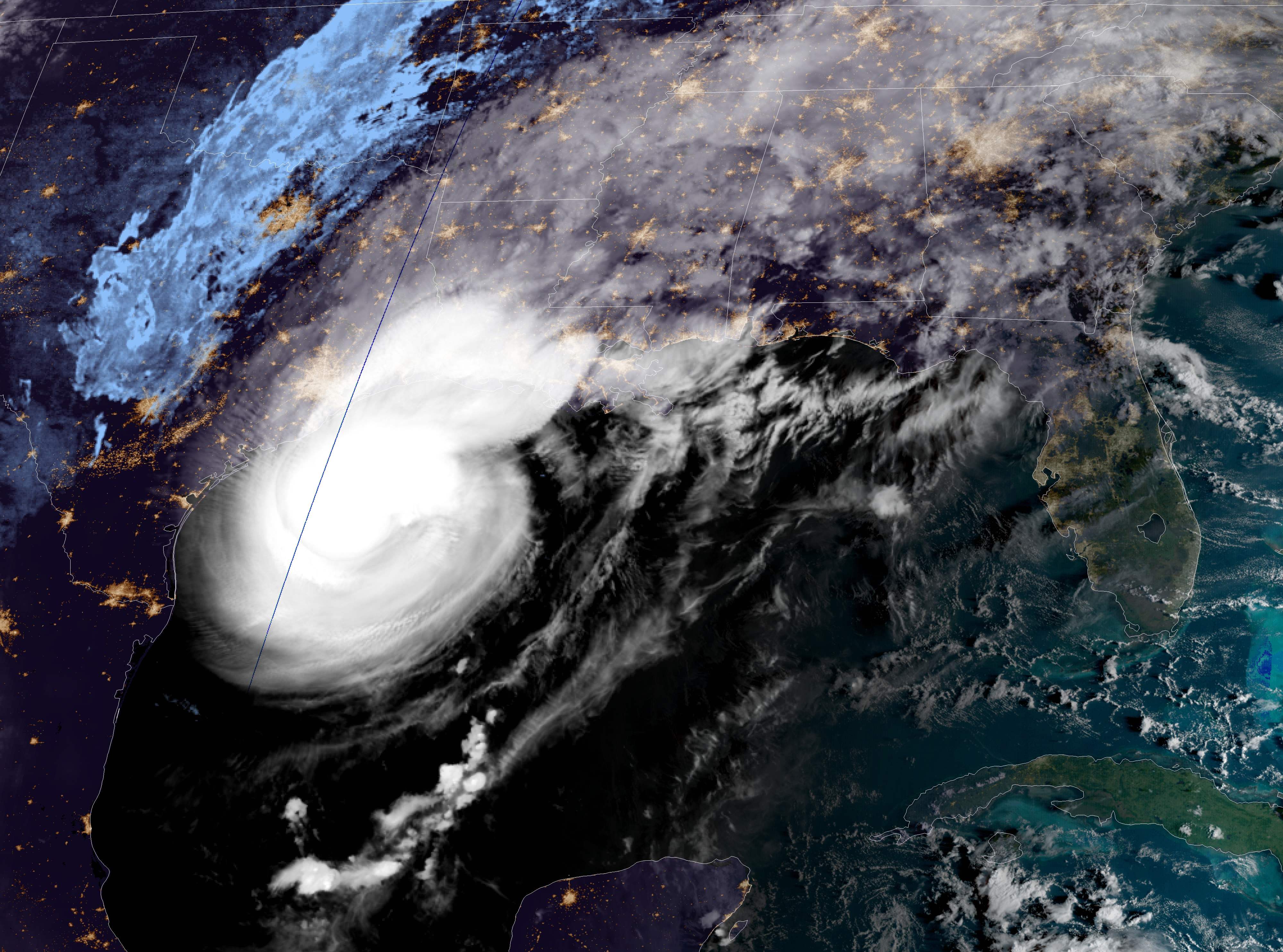 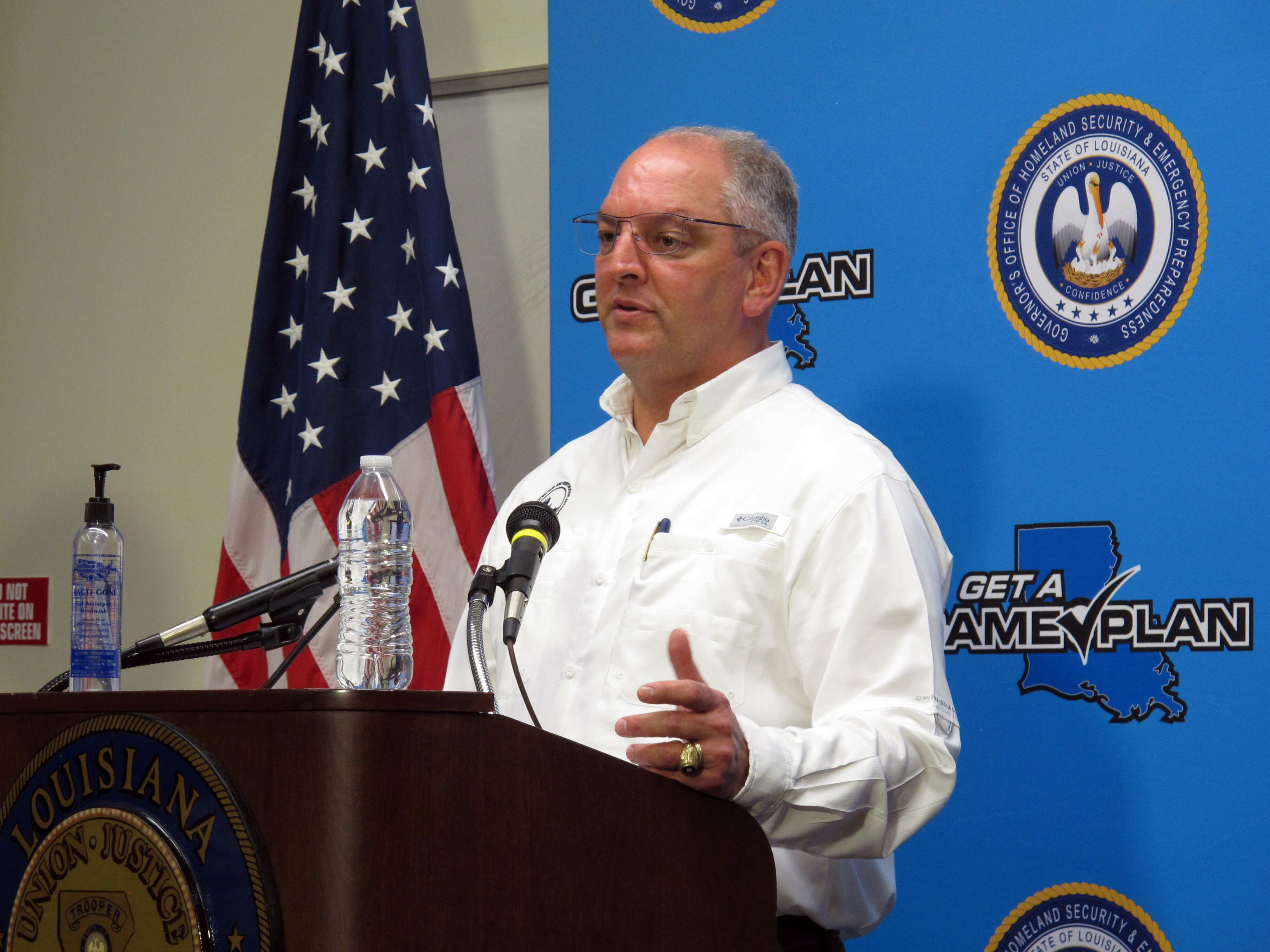 It would be the 10th named storm to hit the continental United States this year, surpassing the number that hit in 1916, according to Colorado State University researcher Phil Klotzbach.

Delta would also be the first Greek-alphabet-named hurricane to hit the continental US.

As the fourth hurricane or tropical storm to hit Louisiana in a year, it would tie a 2002 record, Klotzbach said. 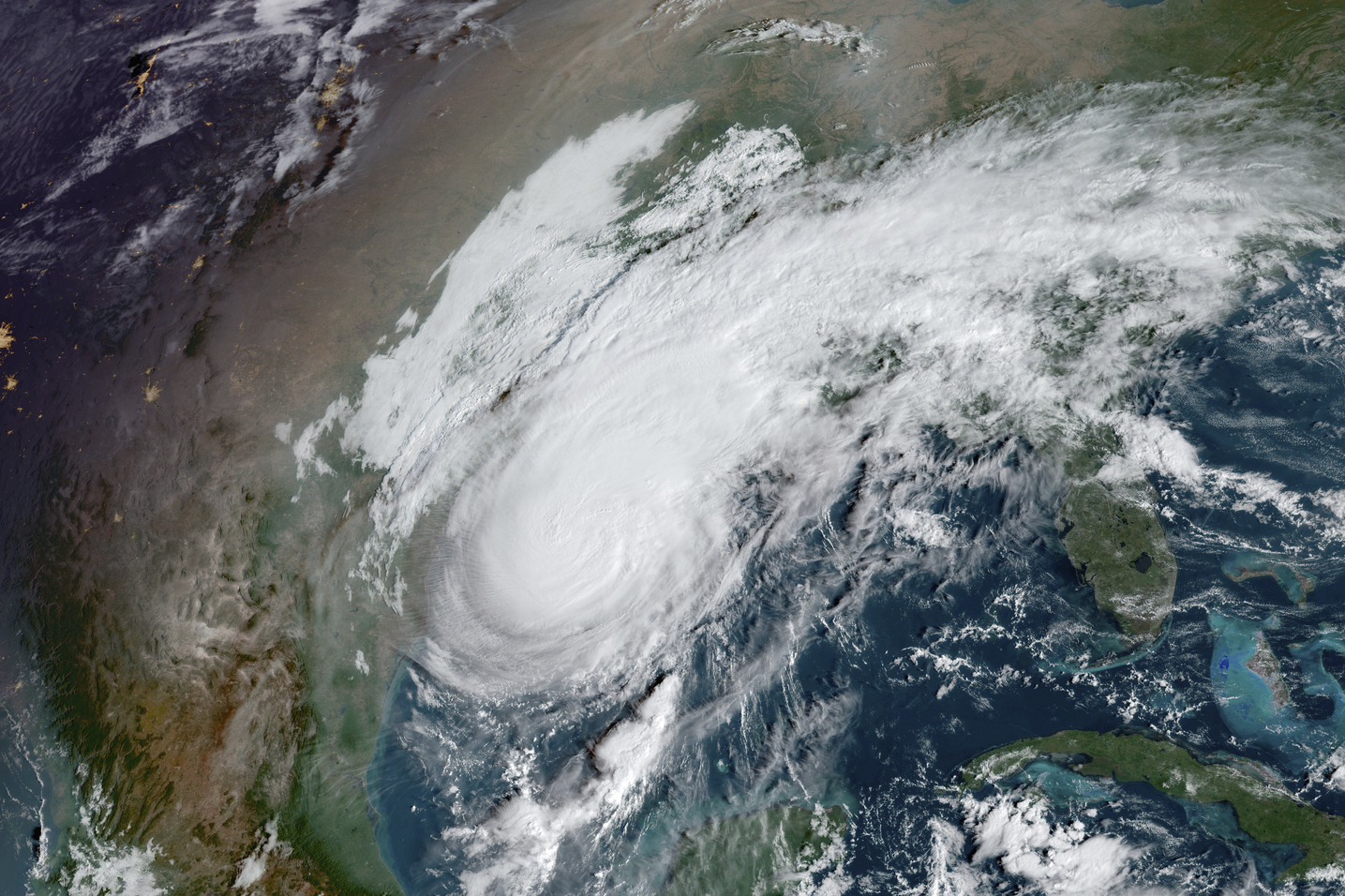