Bogota: Hundreds of suspected victims of modern slavery were rescued in a major crackdown on human traffickers in 13 countries in the Caribbean, Central and South America, Interpol said on Monday.

About 350 possible victims of sexual exploitation and forced labour were discovered and 22 people arrested this month in an Interpol-led swoop in nations such as Barbados, Belize, Brazil, Jamaica and Venezuela, the global police organisation said. 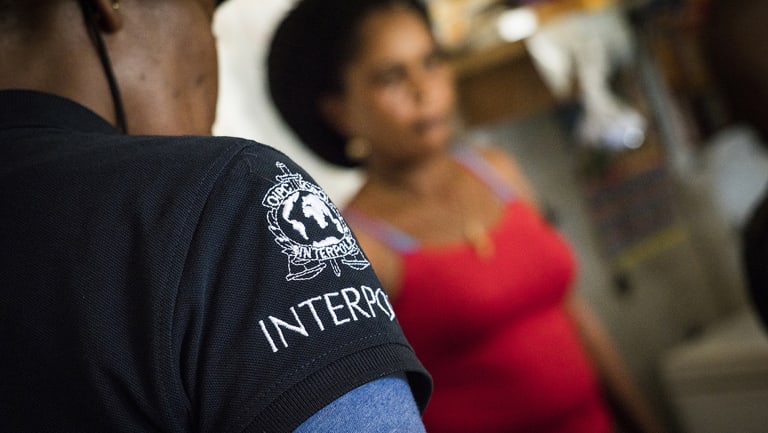 An Interpol officer talking with a woman in a goldmine in the Mazaruni region, Guyana.

Men, women and children were discovered working in nightclubs, farms, mines, factories and open-air markets, having been lured across borders by traffickers targeting desperate and vulnerable people with promises of a better life, Interpol said.

"What traffickers don't advertise are the working conditions their victims will be subject to once their final destination is reached," Cem Kolcu of Interpol said in a statement.

"During this operation, we identified women being forced to work out of spaces no bigger than coffins, for example," added Kolcu, the coordinator of its trafficking in human beings unit. 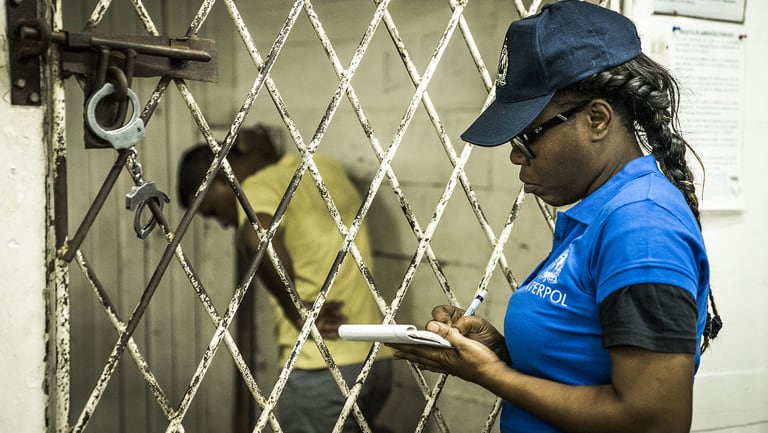 An Interpol officer writing documents during a raid in night clubs in Georgetown, Guyana.

In Guyana, young women were found selling sex next to remote gold mines from which they could not escape, while in Saint Vincent and the Grenadines, Asians at a factory had been stripped of their passports and freedom, according to Interpol.

"The magnitude of this operation, it also shows .. the magnitude of how organised crime networks are operating, particularly in Latin America," said Carlos Perez, a project coordinator at the United Nations Office on Drugs and Crime (UNODC) in Colombia, which works on human trafficking. 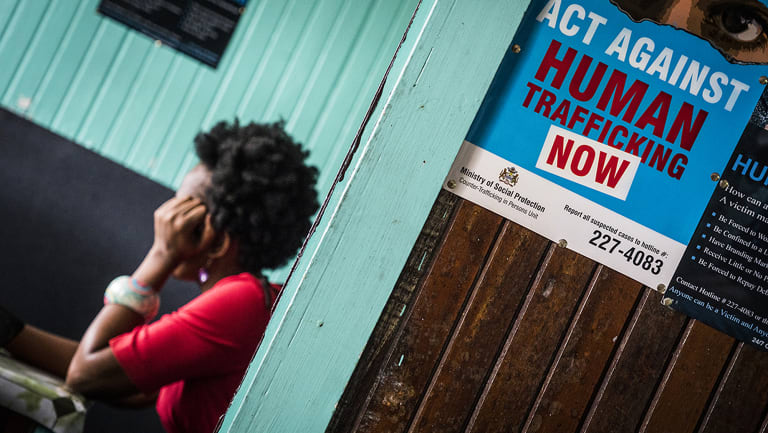 A prostitute being questioned during a raid in night clubs in Georgetown, Guyana.

Following the cross-border operation – the culmination of 30 months of preparation – social services and charities conducted interviews and provided support to victims, the agency said.

Tens of thousands of women and children across Latin America are trafficked every year, yet few receive the support they need to rebuild their lives and conviction rates for the crime remain extremely low, human rights experts said last year.

"Most often once trafficked children are rescued … the daunting task remains of helping them to recover from their trauma and be reunited and reintegrated with their families and communities," Dorothy Rozga, head of anti-child trafficking group ECPAT International, told the Thomson Reuters Foundation.

About 25 million people globally are estimated to be trapped in forced labour, with women and girls accounting for 60 per cent of victims, according to the United Nations' International Labour Organization (ILO) and rights group Walk Free Foundation.