Tourists have been banned from entering the sea at a popular beach after hundreds of poisonous jellyfish washed up on the shore.

The marine animals first appeared on Monday at Famara Beach on the north-west coast of Lanzarote.

The jellyfish, whose species is not yet confirmed, are said to be venomous and their numbers have been growing throughout the week.

Hundreds arrived in one go on Wednesday and authorities are stumped as to why so many arrived at once.

The Director of the local Safety and Emergencies Consortium, Enrique Espinosa, has described the event as ‘a total atrocity’ and said that a red warning flag is waving at the beach.

This indicates to locals and tourists it is not safe to bathe among the potentially dangerous creatures.

The venom from the animal’s tentacles is said to cause stinging and local authorities recommend victims see a lifeguard quickly in order to have the tentacles removed. 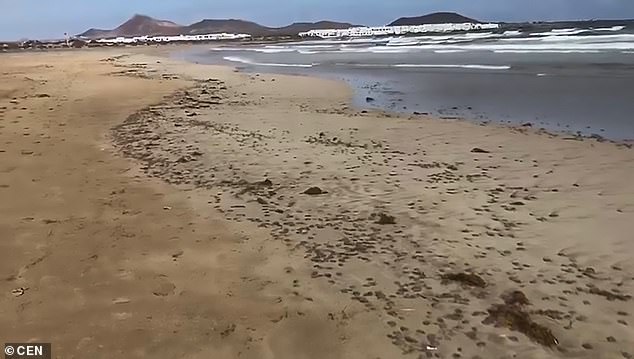 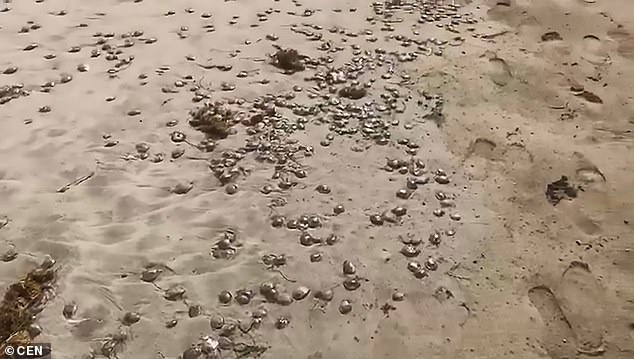 Jellyfish victims would also have to receive prescription painkillers to reduce the swelling.

It is believed the jellyfish were brought to the beach by currents and reports state they are relatively common in small numbers in the area during the summer season.

According to the Regional Statistics Institute in the Canary Islands, nearly half a million UK tourists visited Lanzarote between January and April this year.