TOP dog of competitive eating Joey Chestnut has guzzled down plenty of junk food during his career.

From jalapeno poppers to pierogis to pies, this man has eaten it all – but what is the dark secret behind his beloved hot dog? 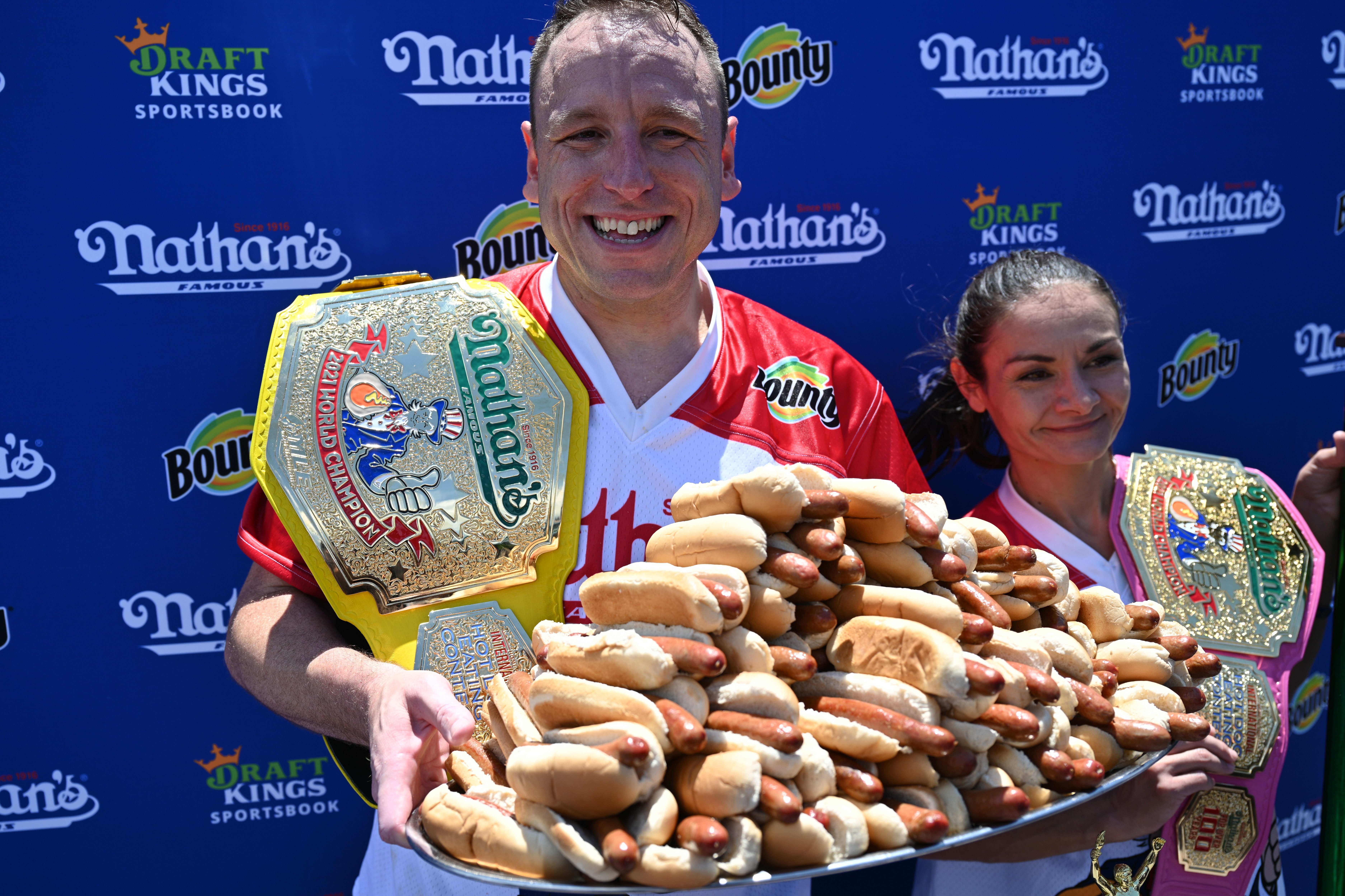 How many hot dogs has Joey Chestnut eaten?

The munching machine, also nicknamed 'Jaws',has reportedly gobbled down 1,094 hot dogs during the yearly competitive eating contests since his debut in 2005, according to Just Jared.

But that doesn't even include the hot dogs and buns he has eaten while training, in qualifying events, and recreationally – which suggests the true number is actually MUCH higher.

The hot dog connoisseur Chestnut has consecutively won titles for his eating skills and continually raises the bar by setting world records.

In 2021, he consumed 76 hot dogs in 10 minutes, breaking his own world record that he set for Nathans's Hot Dog Eating Contest.

Why is Joey Chestnut trending?

A new study has emerged suggesting that there are serious health implications from eating the fast-food favorite.

The report, conducted by researchers from the University of Michigan School of Public Health, found that a person loses on average 36 minutes of their life for every beef hot dog on a bun they eat.

Now Joey's fans are concerned for the eating champ – as he has eaten through a huge quantity of hot dogs during his career.

Not including the ones consumed out of competitions, he has eaten 1,094, meaning Joey would have lost 39,384 minutes from his life.

Supporters of the 37-year-old scoffer have shared some light-hearted jokes after it was revealed he may have sacrificed over 27 days of his existence for his dedication to triumphing in the hot dog world.

"By this math, Joey Chestnut is a Civil War Ghost that haunts eating competitions," one person joked.

A second tweet read: "If this were true Joey Chestnut would have been dead in 1873."

Another wrote, "Joey Chestnut’s got about 10 [minutes] left."

"Either Joey Chestnut is immortal or this study is ridiculous," another person added.

Why is Joey Chestnut known for eating hot dogs?

Chestnut rose to fame thanks to his ingesting abilities that saw him become extremely successful in eating events.

Since his debut over 15 years ago at the infamous Nathan's Hot Dog Eating Contest, he has become a regular winner of the mustard-yellow belt.

Chestnut has triumphed in the world-famous competition 14 times while continuing to improve his personal best and set world records.

In order to be able to gobble down hot dogs and buns at such a pace, he trains by fasting and stretching his stomach with milk, water, and protein supplements.

"This sport isn't about eating," Chestnut said previously. "It's about drive and dedication, and at the end of the day, hot dog eating challenges both my body and my mind." 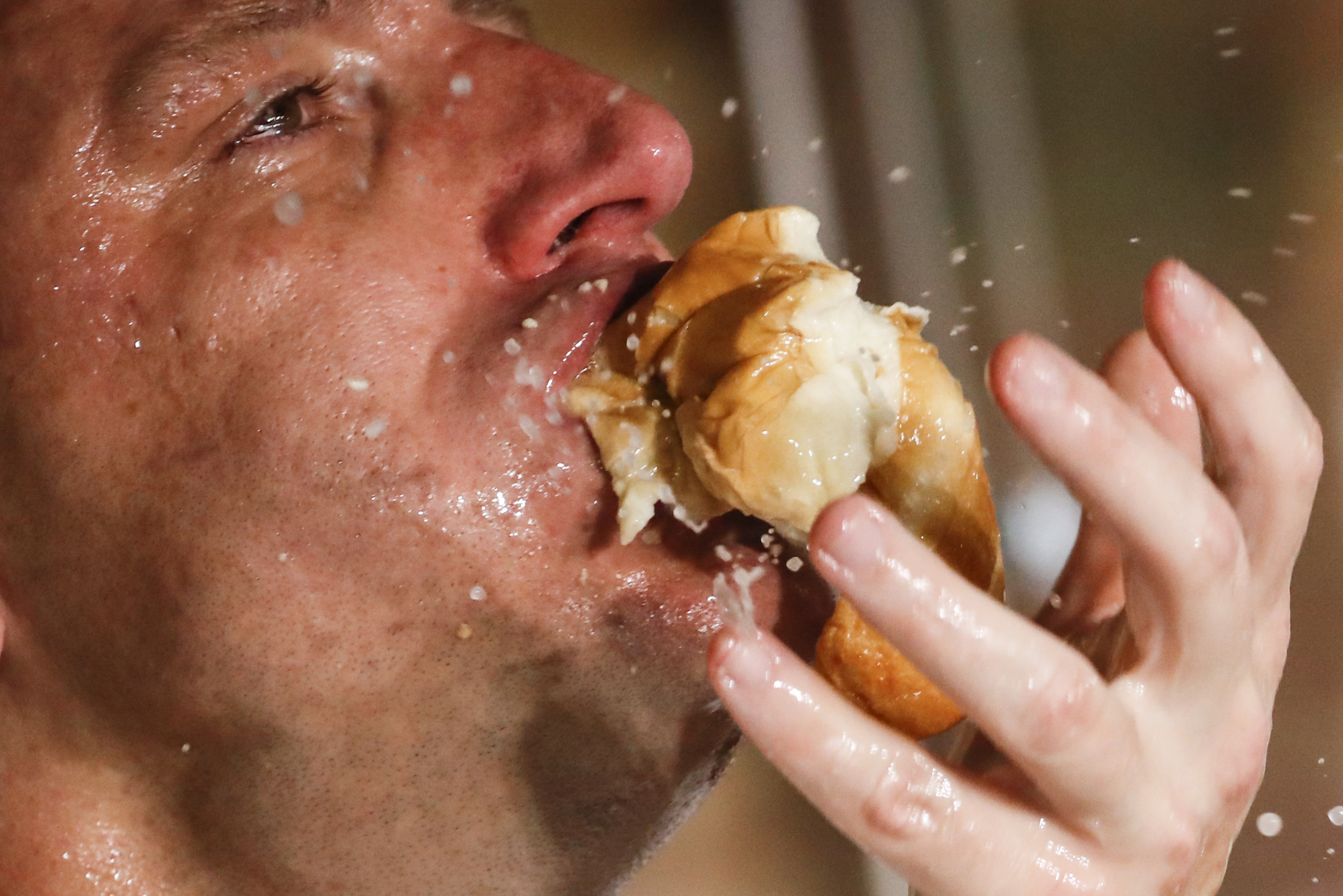