How can Star’s mum be out in just FOUR years? Backlash at short sentence over toddler’s death as partner gets 25 years for her campaign of abuse

A mother who allowed her toddler daughter to be murdered by her lover will be freed in four years.

Frankie Smith, 20, was described by her lawyer as herself a ‘victim’ of Star’s death at the hands of Savannah Brockhill.

The judge reduced her sentence to take into account the ‘burden’ of knowing she played a significant role in the tragedy.

Brockhill, 28, will serve at least 25 years behind bars after being given a mandatory life sentence for murdering 16-month-old Star in a fit of temper.

The violent bouncer blew kisses and gave relatives the thumbs-up in the public gallery before being taken to jail. 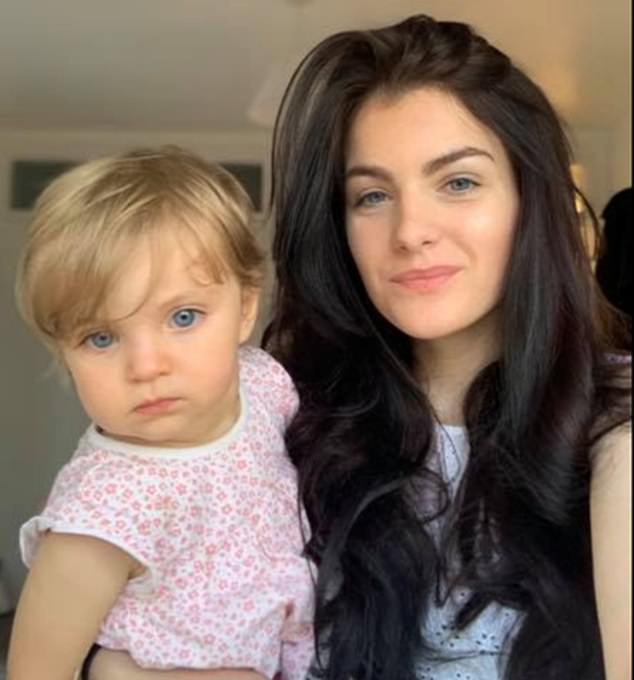 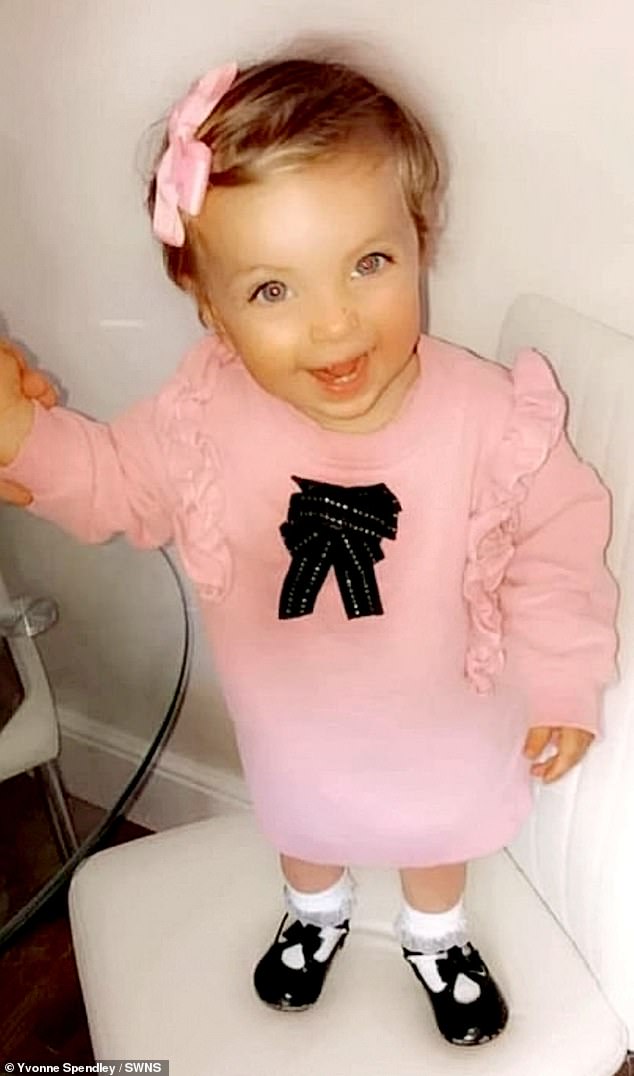 Smith was given an eight-year jail term by Mrs Justice Lambert at Bradford Crown Court for allowing Star’s death. But she will serve only two thirds of that behind bars and is due to be released in around four years and one month due to time spent in custody on remand.

Outside court Hollie Jones, 18, who babysat for Star and made the first of five referrals to social services, said Smith’s sentence was ‘a joke’.

She added: ‘I’m very happy about Savannah’s sentence, that is definitely what she deserves.

‘But I’m gutted about Frankie’s sentence, very, very gutted about that. She’ll be out in just over four years. I’m completely devastated. They are both as bad as each other and both played their part in Star’s abuse.’

The defenceless toddler bled to death after being kicked or punched by Brockhill with ‘massive’ force at home in Keighley, West Yorkshire, in September last year.

The judge told the court that this was far from an isolated incident. There had been months of assaults and abuse with Star suffering a fractured leg, skull and ribs without being taken to a doctor.

‘She was also treated with at best callous indifference by you both and on many occasions with frank cruelty,’ Mrs Justice Lambert added. 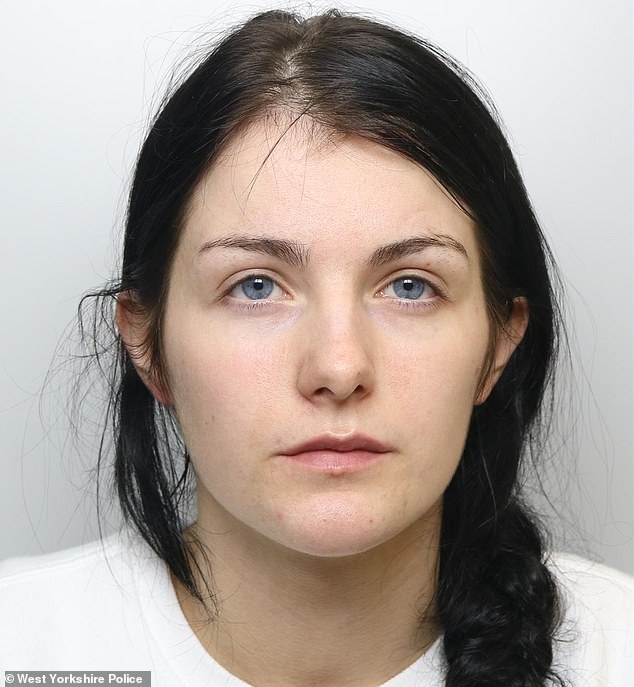 20-year-old Smith was given an eight-year jail term by Mrs Justice Lambert at Bradford Crown Court for allowing Star’s death. But she will serve only two thirds of that behind bars and is due to be released in around four years and one month due to time spent in custody on remand 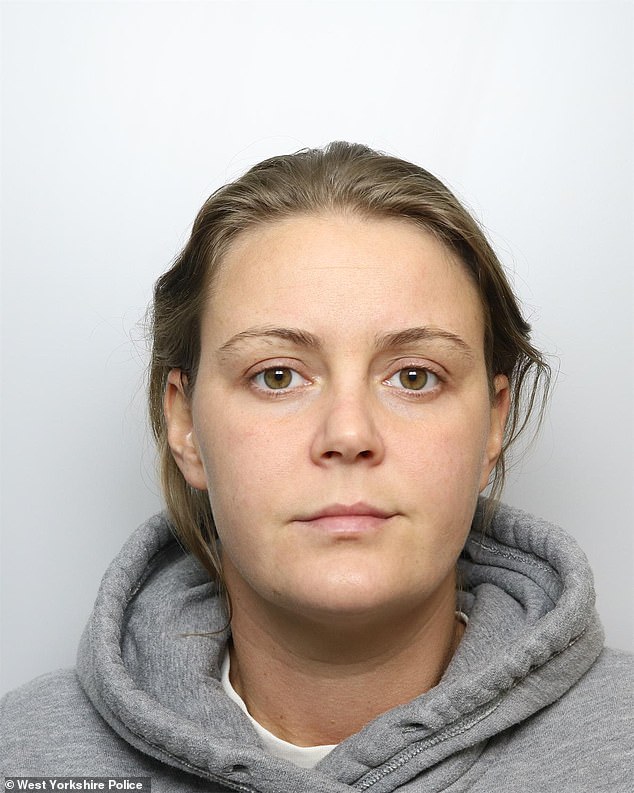 Savannah Brockhill, 28, took her anger out on Star with punches and slaps which finally culminated in her murder on September 22 last year. Brockhill will serve at least 25 years in prison.

Posing the question ‘why anyone would, or could, behave in such a way towards a young and vulnerable child who should be cherished and protected’, she said the answer was that Star was ‘caught in the crossfire of your relationship’ involving alcohol-fuelled ‘petty squabbles and jealous fights’.

Brockhill took her anger out on Star with punches and slaps, and Smith dished out pointless punishments.

The judge told Brockhill she set her sentence on the basis that the fatal attack was not premeditated and she ‘lashed out in the heat of the moment when angry’.

She told Smith, who could have been jailed for a maximum of 14 years, that she must have known Star was being assaulted by Brockhill yet did nothing.

‘You failed to contact the police or the health services, you failed to seek help from your family when you must have known it was readily available,’ she said.

But a significant mitigating factor was her personal loss, the court heard.

The judge told her: ‘I take into account that you have lost your daughter, Star. You played a significant role by allowing her death. This is something which you will have to live with for the rest of your life. I do not underestimate that burden.’

Smith’s barrister, Zafar Ali QC, had told the judge: ‘She is herself a victim of the murder count, having lost her daughter.’

An impact statement from Anita Smith, 70, Star’s great-grandmother, was read to the court. She recalled Star’s ‘cheeky personality’ and how the ‘smile on her face lit up the room’.

She added: ‘She was loved by so many people and I cannot come to terms with how unnecessary her pain and suffering was.’

Outside the court Smith’s mother, Yvonne Spendley, told MailOnline: ‘Brockhill is an evil monster and I hope she rots in hell. She deserves everything she’s got and more.

‘Frankie might not have been convicted of Star’s murder, but she played a role in it and that’s very difficult for me to accept or understand.’