When Dr Norman Swan was 14 years old, he nearly died. The ABC broadcaster was then a Scottish school student returning home from a youth club Easter trip to the south of England when a can of petrol ignited inside the cabin of the group’s broken-down bus. It left 41 passengers fighting for their lives.

Swan was left hanging upside down out the window with his trousers alight after helping a girl escape. When he later found himself regaining consciousness on the ground, the trousers had burnt off. He was hospitalised and still bears the scars on his legs. 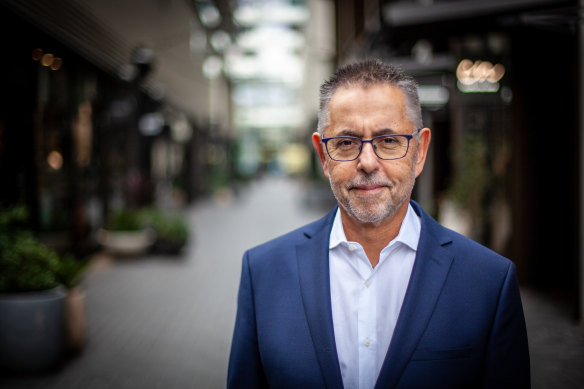 Dr Norman Swan was an early and active critic of the federal government’s COVID vaccine rollout.

“It did shape me; I was really quite traumatised. I got to know myself quite well,” he said of his weeks in hospital.

“The bus accident did not define me – what got me into journalism was a love of telling stories.” 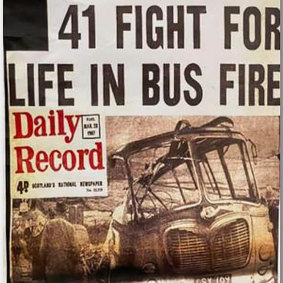 A newspaper report on the bus fire in which Swan was injured.

And it is for that love of telling stories – or more formally his “significant service to the broadcast media as a science and health commentator” – that Swan has been made a member of the general division of the Order of Australia.

Swan has come a long way since he moved from Scotland to Australia in 1978 to train as a paediatrician and segued into media, swapping an $80,000 medical salary for $19,000 as a health reporter on ABC Radio in 1982.

His health reporting won him admiration and awards, but the COVID-19 pandemic turned him into a national figure, beloved by some, but sharply criticised by others.

Through his journalism on Radio National’s Health Report, 7.30 and the Coronacast podcast, he was an early and active critic of the federal government’s vaccine rollout and also sounded the alarm over the blood clotting risks of the AstraZeneca jab, for which he later told this masthead: “I probably did cause some vaccine hesitancy.”

But his stature was such that when he received his first AstraZeneca vaccination, it was broadcast on ABC News Breakfast. And Sydney Lord Mayor Clover Moore even sought his advice on the health impact of staging New Year’s Eve fireworks.

Swan’s critics attack some of his coronavirus death toll predictions as false and alarmist. Swan said there was “always a loaded agenda” against the ABC but acknowledged he got some things wrong. “We did make mistakes and the whole thing is about correcting those mistakes to retain the trust of the community.” 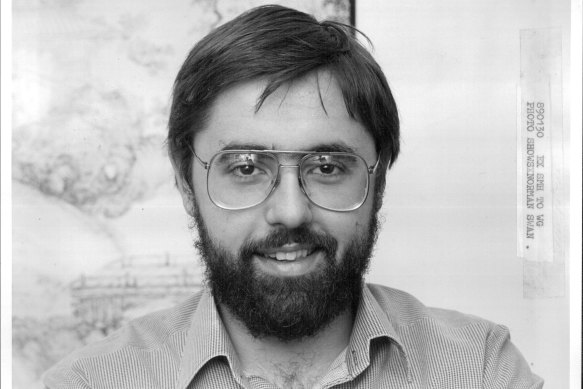 A photo of Norman Swan from the 1980s when he joined the ABC’s science unit.

The impact of government-enforced lockdowns was plain to see, he said.

“Melburnians have changed; they are quieter. The trauma is not far beneath the surface. Elsewhere, it varies.”

Away from his COVID-19 controversies, Swan’s journalism had a significant and lasting effect.

In 1988, he was awarded the Gold Walkley, our highest journalism award, for exposing scientific fraud conducted by gynaecologist William McBride, who had been regarded as a hero after raising the alarm in the 1960s about birth defects involving the anti-morning sickness drug thalidomide.

Since the early days of the pandemic, Swan has become an author, publishing two general interest books, So You Want To Live Younger Longer? and So You Think You Know What’s Good For You?

And his plans for the year? “More of the same. I really like what I do.”