In a bold and devastating strike against senior Yemeni leadership, Houthi rebels carried out a drone attack targeting a military parade near the southern port city of Aden Thursday morning, killing and wounding troops from the Saudi-led coalition.

Houthi rebel spokesman, Brigadier Yahya Sariyah, said in a statement the aircraft was a newer version of a drone called the Qasaf 2k that is designed to explode from a height of around 50 feet in the air and rain shrapnel down on its target.

That description matches video taken from the scene, which appears to show the drone flying directly overhead of the military parade at Al-Anad Air Base before it exploded. 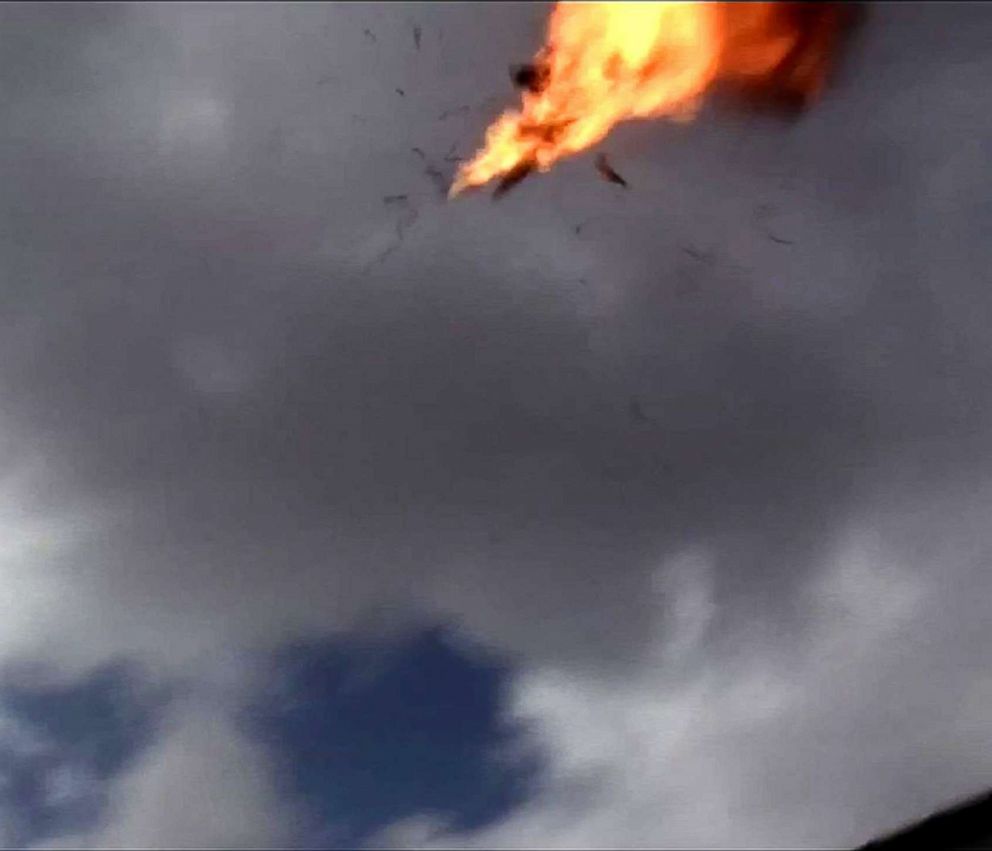 Yemeni military officials told The Associated Press the dead and wounded included “officers and senior leaders” of the coalition forces, which in southern Yemen contain a strong contingent from the United Arab Emirates that largely oversees the Al-Anad base.

“This is an unprecedented and pretty aggressive move for them to be hitting this base,” Adam Baron, visiting fellow with the European Council on Human Relations, told ABC News. “The Houthis have not succeeded in carrying out an attack of this magnitude against a Yemeni military installation in quite some time.”

Saudi broadcaster Al-Arabiya reported as many as six people were killed in the drone strike and at least 20 were injured, including some members of the media. The report also said ambulances were seen carrying the wounded to Aden hospitals.

Yemen’s minister of information Muammar el-Eyrani condemned the attack in a statement published on Twitter, saying it was directed at “leaders, officers and members of the national army outside areas of military confrontation and away from areas of contact.”

The Al-Anad Air Base is located in Lahij province, the same region ABC News reported extensively from last March. It was once the headquarters for U.S. forces fighting al-Qaida in southern Yemen.

Pro-rebel news website al-Masirah said the drone targeted “the display platform at Al-Anad base” and said “a senior Emirati commander attending a graduation ceremony” was also injured. There was no information available from the United Arab Emirates government on the attack.

Yemen plunged into civil war in 2014 after rebels captured Sanaa, the capital, The Saudi-led coalition intervened a year later alongside Yemeni national troops and has since been trying to restore Yemen’s internationally recognized government to power.

The drone attack comes as a blow to Yemen peace efforts after a cease-fire was signed for the key port city of Hodeida last month, just one day after U.N. envoy Martin Griffiths told the Security Council the agreement had brought a considerable de-escalation to the conflict.

The next round of peace talks was scheduled to begin in Stockholm, Sweden, before the end of January, although Baron said the attack will make further negotiations much less likely.

“It certainly violates the spirit of the Stockholm cease-fire talks and it presents a threat to the tentative and rather fragile peace agreement,” Baron told ABC News.