A Houston man was arrested on Monday after he allegedly spat in a woman’s face over a parking dispute and then shot a police officer multiple times.

Houston Police Department Senior Police Officer S. Cleveland, who has been on the force for 11 years and is a father of three, was struck in the arm and the abdomen, but his bulletproof vest protected his midsection. He was transported to a local hospital where he was expected to undergo surgery on Tuesday and recover.

Michael Zachary Howard-Dale, 26, was arrested at the scene and charged with aggravated assault against a public servant. 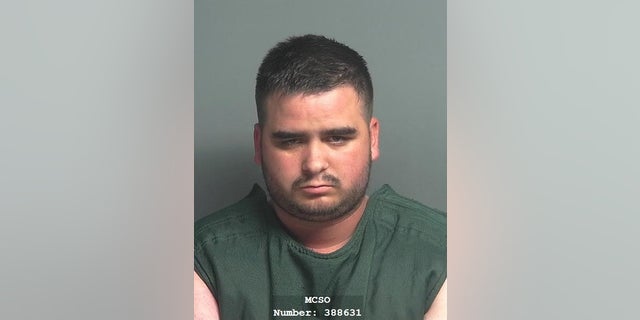 Officers were originally called to the apartment complex after a woman said that Howard-Dale spat in her face during a dispute over parking.

When police tried to make contact with Howard-Dale at his apartment, he allegedly refused to comply or show identification. Officers eventually tried to detain him and a fight broke out.

Howard-Dale pulled out a pistol during the altercation and fired several rounds.

Houston Police Chief Troy Finner said Monday that another officer “immediately engaged with his hands” to take control of Howard-Dale and apprehend him.

“Hand-to-hand in battle, when you’re close in, sometimes you don’t even have a chance to draw a weapon and you have to go hands-on,” Finner said on Monday outside of HCA Houston Healthcare Kingwood hospital, where Cleveland is recovering.

Houston Mayor Sylvester Turner said he has spoken to Cleveland’s wife and asked for prayers for the family.

“The officer was simply responding to a disturbance call and then all of the sudden, this individual started shooting,” Turner said at a press conference Monday.

He added, “Even when it appears that incidents are not what I call dangerous, they can change to a dangerous situation on the drop of a dime.”