Video clips show the beast using its teeth to chew at the metallic cage in waters close to Mexico. It has been viewed thousands of times since being uploaded to the social media site Instagram. According to the Daily Star, the footage was captured from within the cage, showing the creature bust its head on the cage with the diver watching on.

The footage shows that the shark appearing from nowhere.

Using its huge fangs, the shark then decides to take on the cage, chewing at the protective bars.

The shark, reports suggest, appeared to be injured due to a red wound on its body.

As it fails to get in, the beast swims off, leaving the diver to breath a sigh of relief. 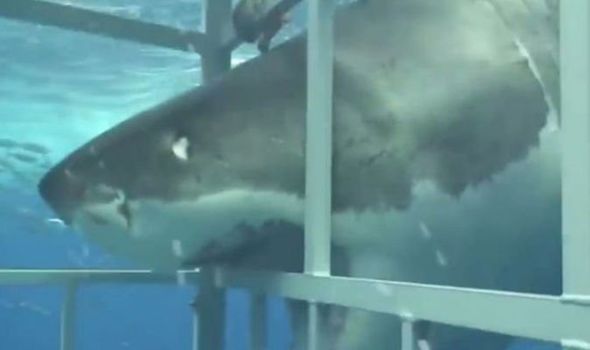 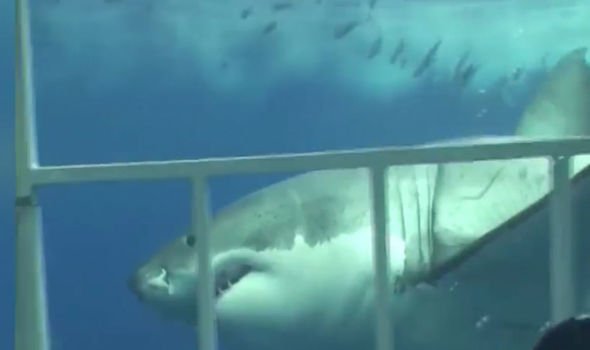 Screams of delight can be heard as the shark moves away from the cage.

It was uploaded to a marine creature Instagram page.

One social media user said although the incident was “frightening”, it “would be a great experience”.

JUST IN: Terrifying shark takes huge chunk out of man’s arm in attack 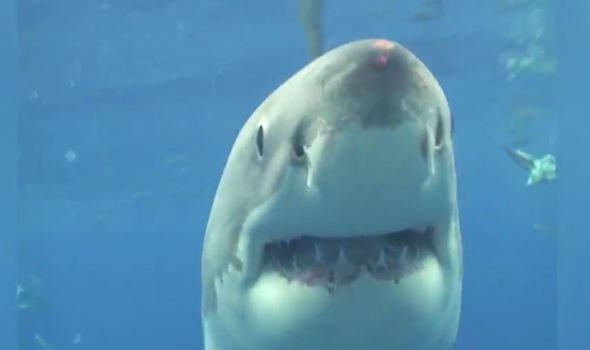 Another said: “What a beast.”

It comes after a man got caught in a brawl with another great white shark in Australia.

The monster tried three times to attack the man while he was out fishing before he was able to fend the animal off with a speargun. 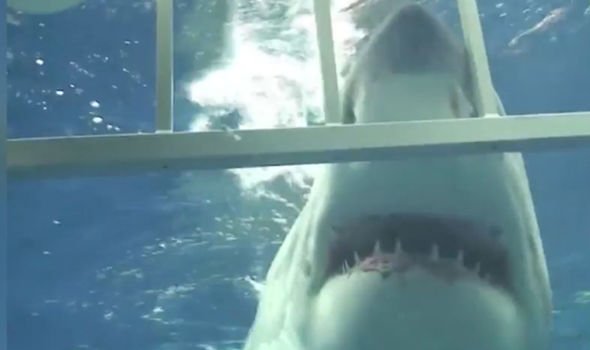 While Mr Brune and his friends fished at a spot teeming with catch but the men didn’t realise a warning had gone out around the area after a humpback whale carcass in the area was thought to be attracting sharks.

Mr Brune and his friend swam away from the boat over 70 metres when they unexpectedly felt a rush of water underneath them.

Moments later, Mr Brune’s legs were hit so hard they slammed into his chest.

He said: “I knew straight away it was a shark, I just knew it.

“But I didn’t know what part of the shark hit me. 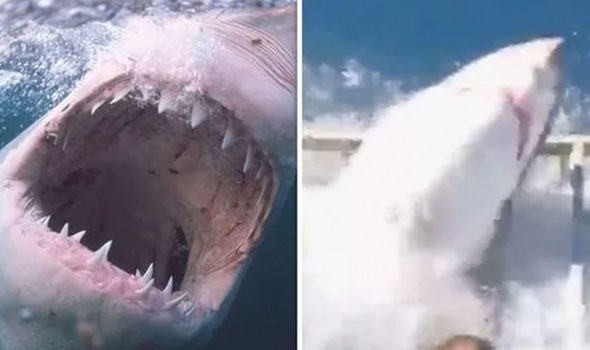 “In that immediate moment, I couldn’t work it out.”

Great white sharks are usually found in cool coastal waters and usually clock in at a whopping 15 to 20 feet long.

Able to swim at 15 miles per hour and armed with 30 serrated triangular teeth, the species of shark is exceptional at tearing its prey to pieces.

The sharks have an exceptional sense of smell, and are attracted to scent of blood in the water, in this case the corpse of the whale in the waters near the vote.