Hip replacement surgery is considered safe and effective by scientists and surgeons, with data suggesting patients are actually less likely to die soon after surgery than the general population.

Elective total hip replacement surgery, which switches in an artificial joint for the ball-and-socket in the hip – where the femur bone rotates within a socket formed by the pelvis – is one of Australia’s most common surgeries. More than 52,000 replacements are performed every year.

Cardinal George Pell died of cardiac arrest in Rome following hip replacement surgery, the Catholic Church announced Wednesday morning. Other details of the surgery have not been released, but Pell was 81 and had a history of heart issues, factors known to increase a patient’s risk of death from the procedure.

All surgeries carry risk, but death during or soon after a standard hip replacement is extremely rare, Australian and international data shows.

Just 0.06 per cent of patients – six in 10,000 – died within 30 days of a hip replacement surgery in 2017, according to a study published in the ANZ Journal of Surgery. Globally the rate is about 0.3 per cent, a 2014 review published in Bone and Joint Health found.

Given many people who have hip replacements are elderly and have other health conditions, this mortality rate is actually lower than would be expected if they did not have the operation.

However, urgent surgery for a broken hip, often the result of a fall, is another matter. Thirty-day mortality rates approach 8 per cent, said Professor Jacqueline Close, principal research fellow at Neuroscience Research Australia.

“It is one of the most effective surgical procedures undertaken in Australia,” said Dr Michael Solomon, a consultant orthopaedic surgeon at Prince of Wales Hospital. “It makes an incredible difference to people’s quality of life – less pain, able to walk, preserves their independence and improves their quality of life.” 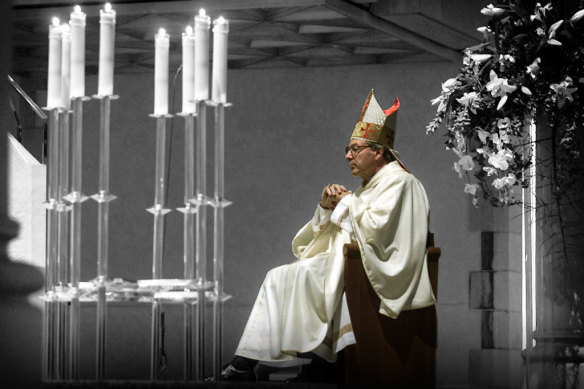 But there are several risk factors that make death following surgery more likely, including age and being male.

One study looking at several thousand hip replacements at an Argentine hospital found prior heart disease increased the risk of death eightfold.

Pell had suffered from heart trouble for some time and had a pacemaker fitted in 2010. The church said he had died of cardiac arrest after the surgery at Salvator Mundi hospital in Rome.

Several studies of deaths following hip replacement rank heart attack or heart failure as the number one cause.

“If you have untreated heart disease or a poor functioning heart, and you’re subjected to the trauma of a surgical operation, it puts an increased stress on your heart – or it can do,” Australian Orthopaedic Association president Chris Morrey said.

In Australia, all hip surgery patients get a full risk assessment before going under the knife, with some refused the operation.

“There is a risk with every operation. Blood loss, infection, complications such as blood clots. But all these things are addressed,” Morrey said. “So before patients go for their surgery, all the risks are as minimised as is humanly possible.”

Liam Mannix’s Examine newsletter explains and analyses science with a rigorous focus on the evidence. Sign up to get it each week.