In this hilarious video, the honour guards turn back and forth in different directions, attempting a uniform march as they follow the Duke of Cambridge and the Crown Prince of Jordan as they leave the airport.

Prince William was visiting Jordan during his tour of the Middle East – he visited the ruins of a Roman settlement where Kate Middleton, Pippa Middleton and their father were photographed years before.

The Middleton family lived in Jordan for a few years during the 1980s.

Wills stands next to the photograph of his wife and father-in-law, which is placed on an easel at the Roman Ruins of Jerash, in another bizarre video that appeared on Twitter.

The Prince said the Duchess of Cambridge loved living in Jordan as a young child, adding: “We will have to bring the kids next time.” 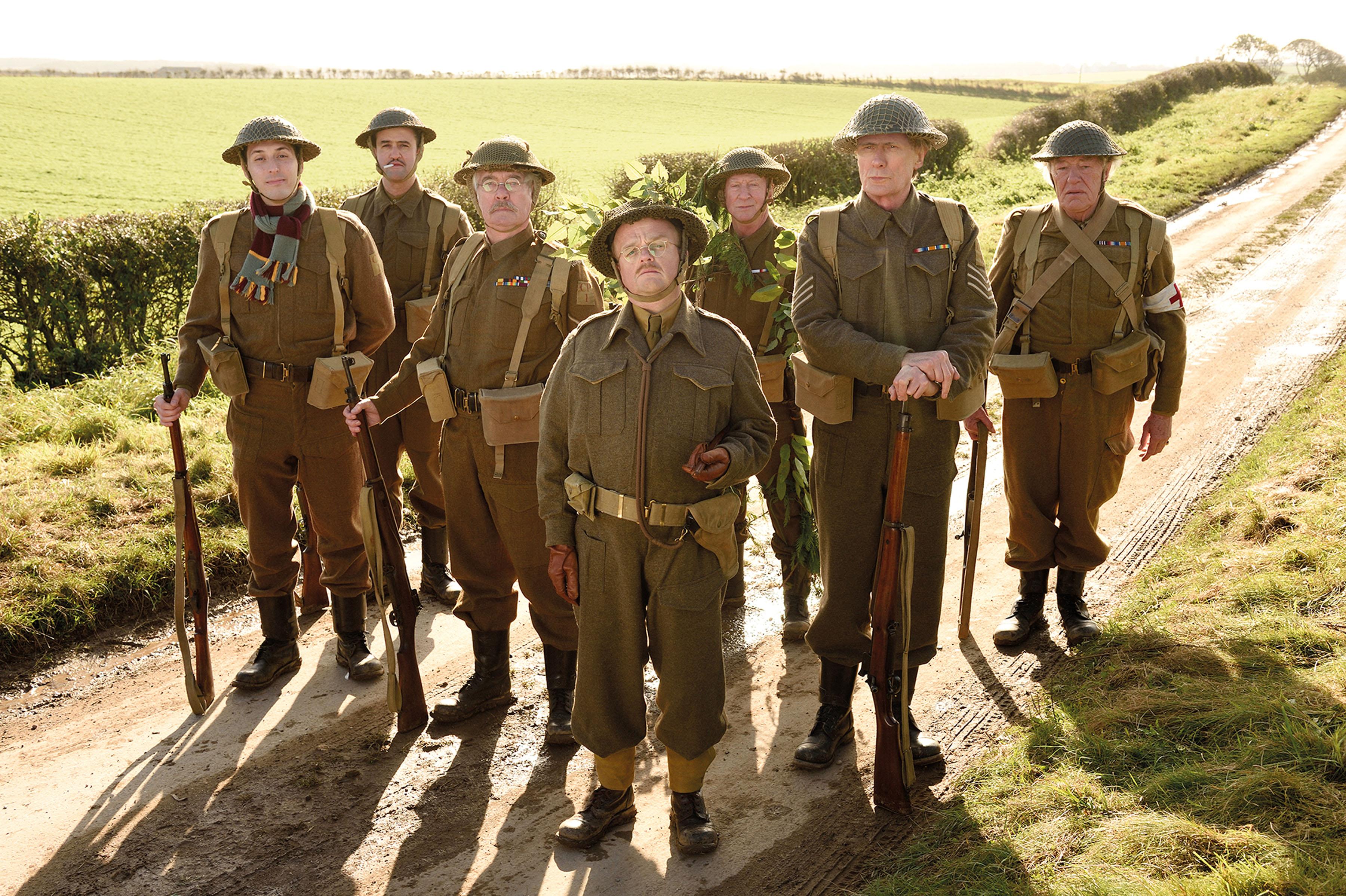 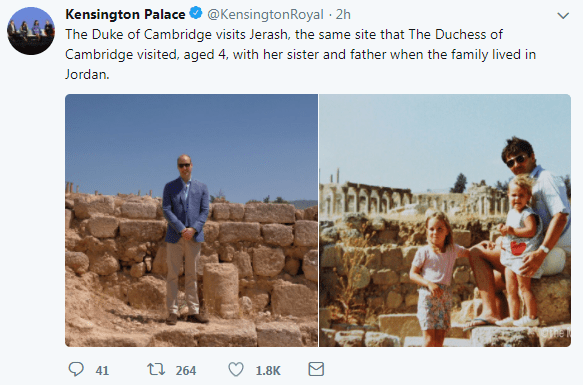 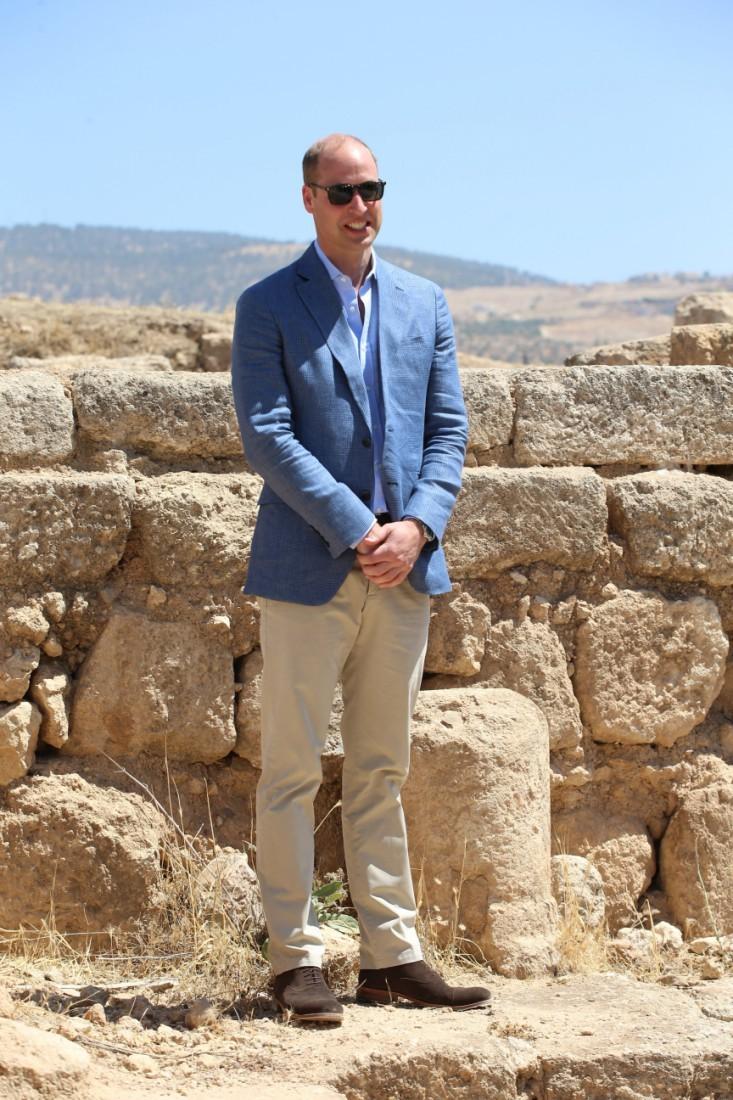 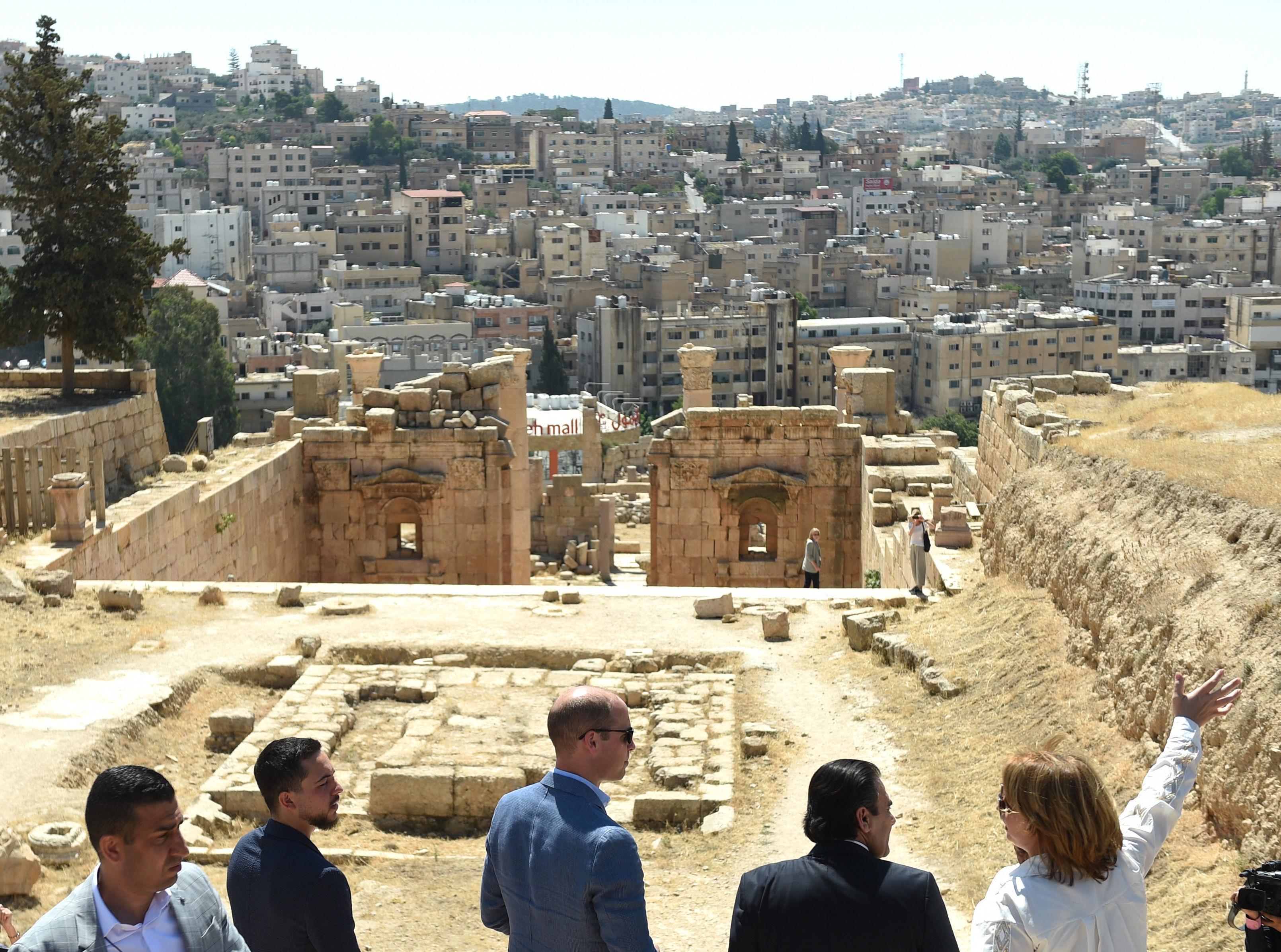 The princes sit in a swanky bachelor pad, surrounded by a baseball glove chair, and comfy couches.

Later on his visit William will visit the Dar Na'mah Centre – a charity established by Princess Taghrid to support women to develop their own livelihoods and help their families and communities.

He will meet women who have built the centre, try some of their traditional food, and watch them make crafts. 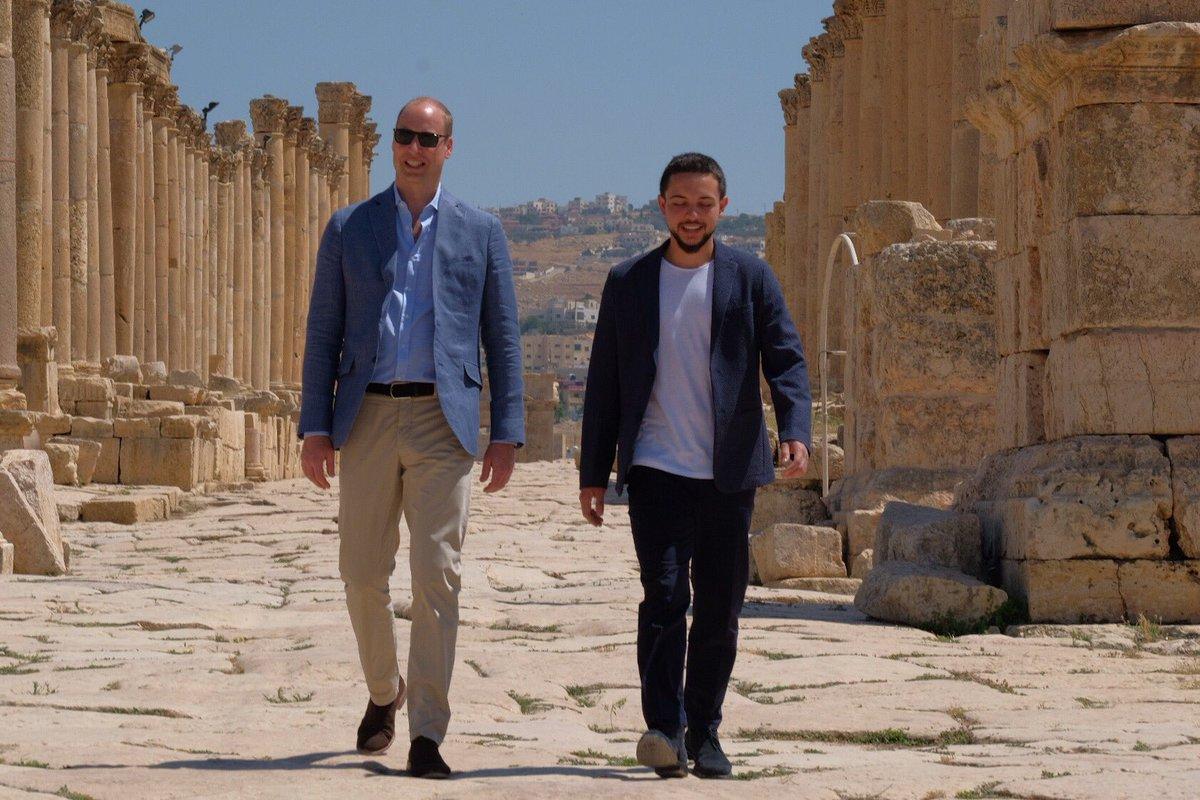 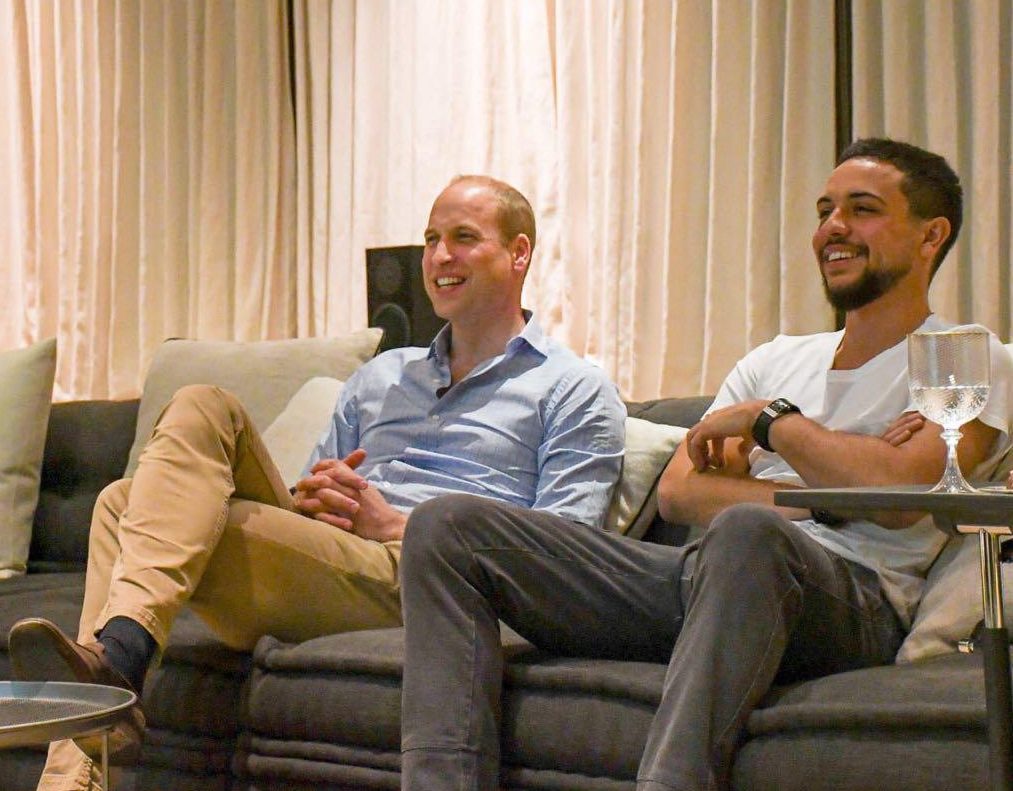 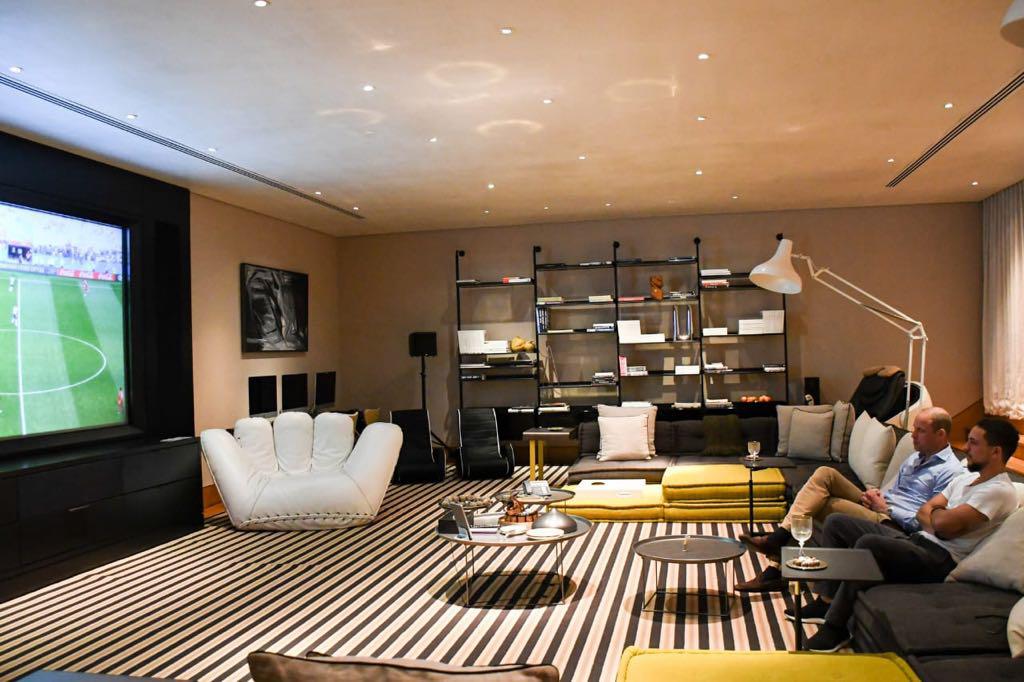 He will also meet a group of young orphaned women who have been supported by PTI to develop skills and complete their education.

William will meet a number of young Jordanians and Syrian refugees who are enrolled in media school, training in film and music production as part of a partnership with Middlesex University.

The Duke will end his visit to Jordan at Marka airport where he will chat to Jordanian Air Ambulance crews and look over their helicopters before flying to Israel for the next leg of his Middle East tour.