A “peace” deal struck for 15 knife-edge Commons votes is still a huge risk, and only postpones an inevitable showdown. 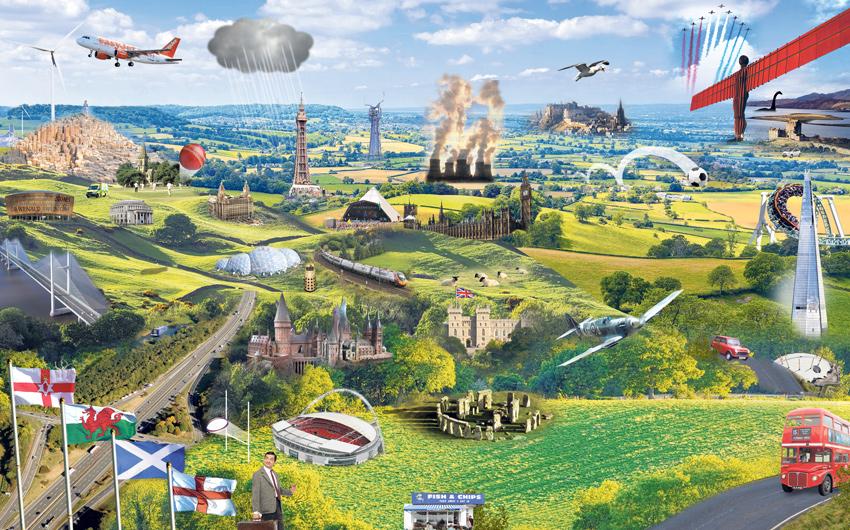 In the end Remainer MPs have a simple choice: trust the people of Great Britain… or trigger a shameful betrayal.

So, our MPs must return the trust which voters placed in them.

We trusted they would deliver on the result of the referendum David Cameron promised would determine our future irreversibly, and which they overwhelmingly backed.

We trusted them as we flocked to polling stations in record numbers on June 23, 2016 and when they then emphatically endorsed the Leave result and put it into effect. 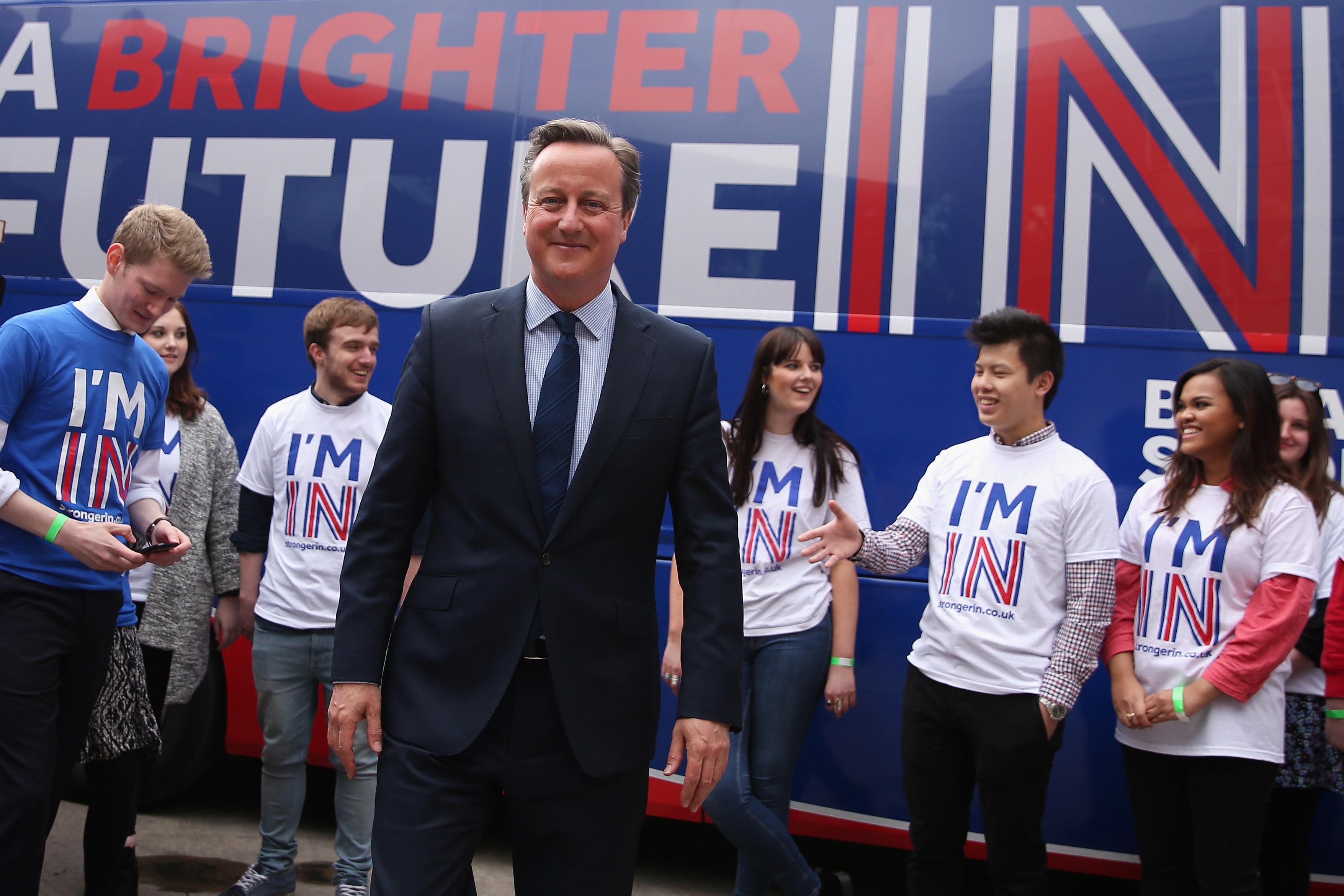 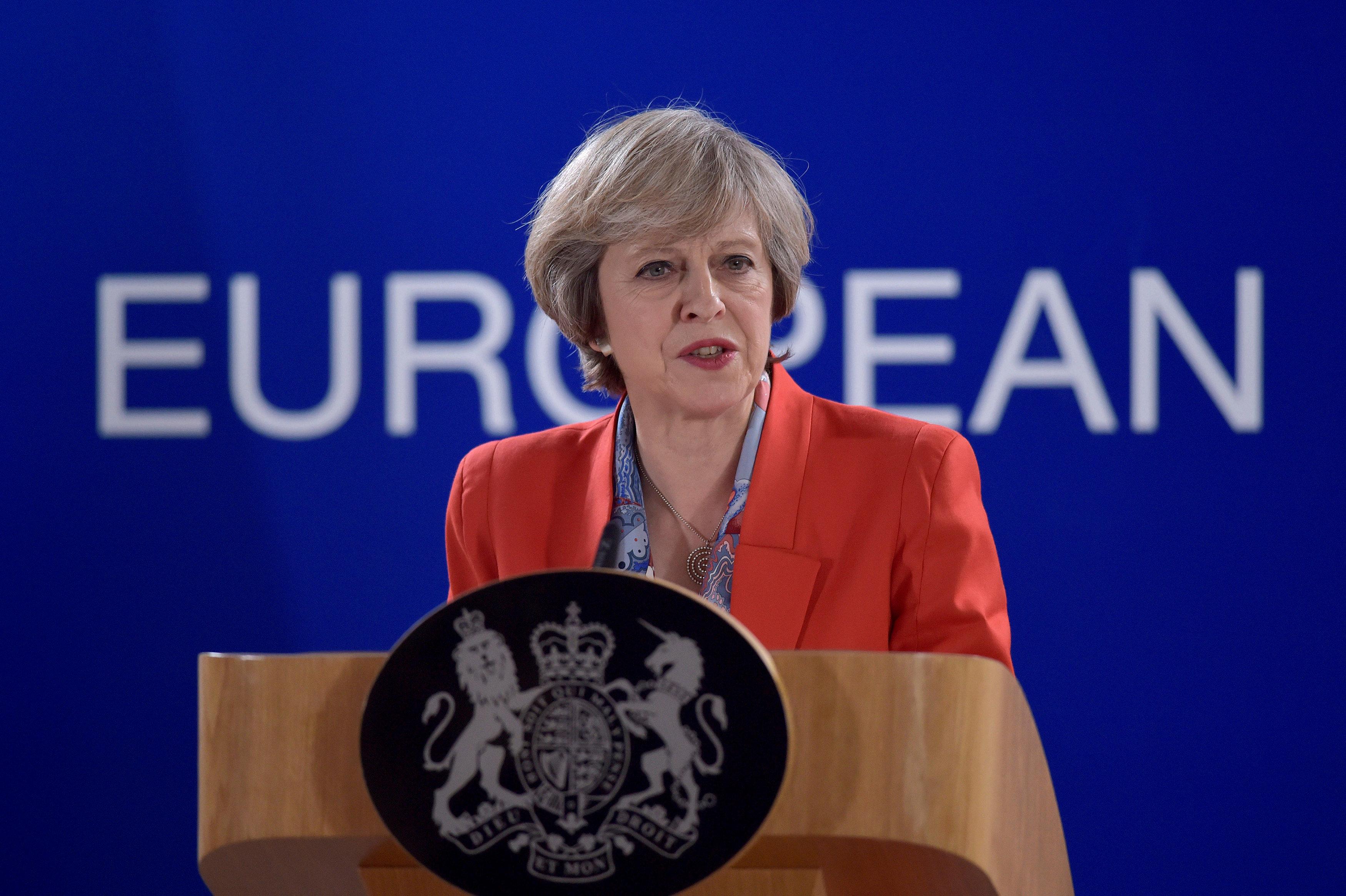 We trusted them at the election last year as the two main parties promised to deliver Brexit in full.

But over the next two days the Commons faces a string of pivotal Brexit votes. The most dangerous would be a mortal blow to the Government’s negotiating hand and could trigger a new election.

Another one on Wednesday would be a giant step towards shackling ourselves forever inside an EU customs union, without any power over its decisions. That’s the worst possible Brexit, a catastrophe.

Monday night's fudge between the two wings of the Tory party is still a risk — and merely postpones an inevitable showdown next month.

In the end MPs must have faith in our great country, our extraordinary talent and our ability to thrive outside the EU. And, if they respect the democracy that has put them where they are, they must trust the decision we took.

Tuesday's “meaningful vote” amendment, if passed, would wreck the Government’s negotiating position in Brussels. That is already weak enough… Theresa May has made far too many compromises and is doing far too little to prepare Britain for a “no deal”. But this new move would be deadly. 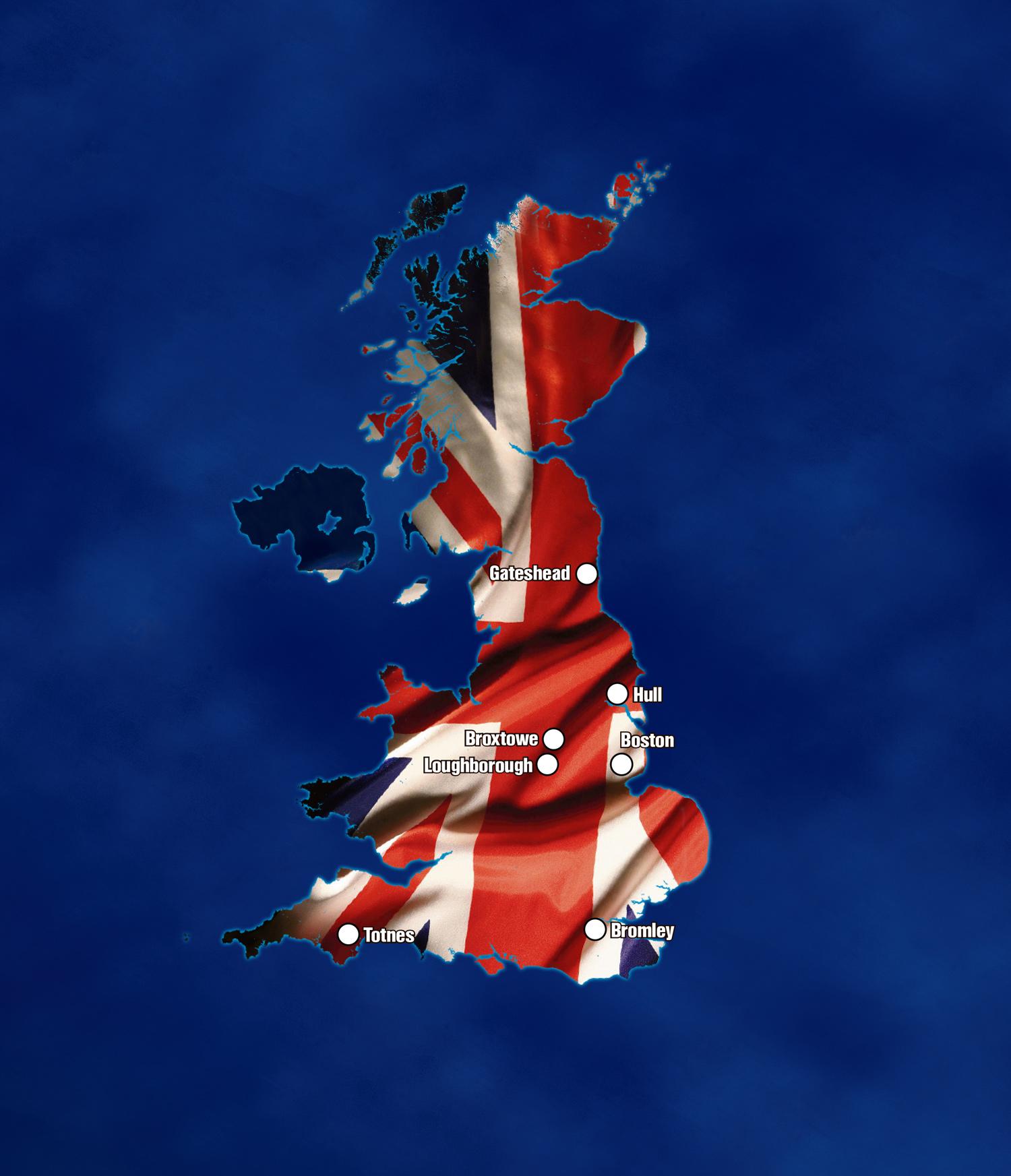 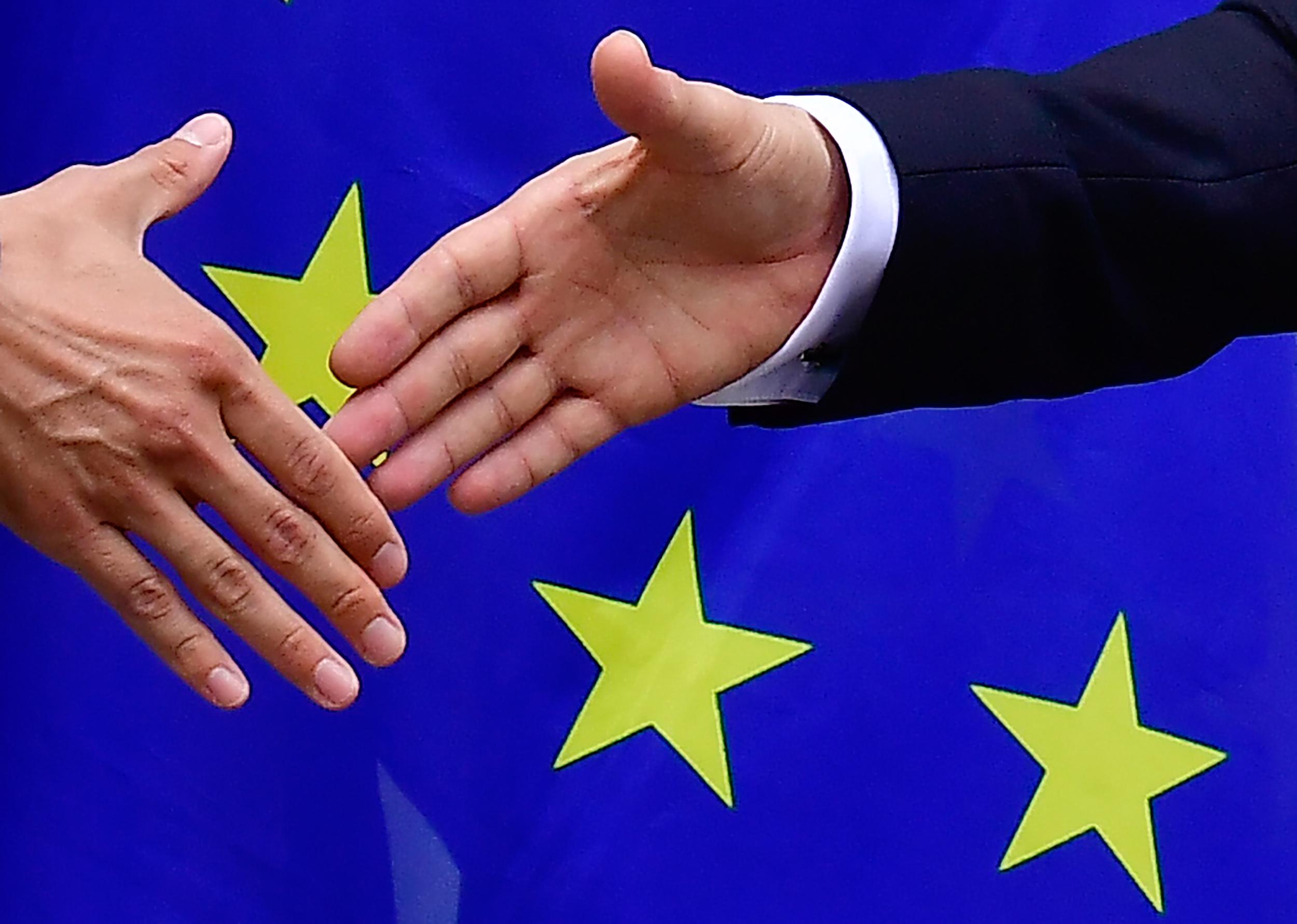 It would enable Parliament to reject any deal we strike with Brussels and force the Government to go back and keep negotiating. It would strip Mrs May of the power to walk away.

The EU could offer us a derisory and punitive deal knowing Parliament had compelled the Government to accept it in the end. It would be like haggling with a used car salesman who knows you have to pay whatever he wants.

The diehard Remainers running an orchestrated, multi-million pound campaign to keep Britain in the EU are relying on this vote to upend the process. It could trigger a second referendum or an election which Corbyn’s Marxist wrecking crew could win.

Most voters want to get on with leaving the EU

Tory rebels must have nothing to do with it. It is their duty to give the Government the strongest possible hand in negotiating our exit and a future trade deal.

Another vote on Wednesday seeks to push us into a restrictive customs union with the EU. That would place us permanently and powerlessly under Brussels’ control — with no say over it, nor any ability to sign our own deals around the world. 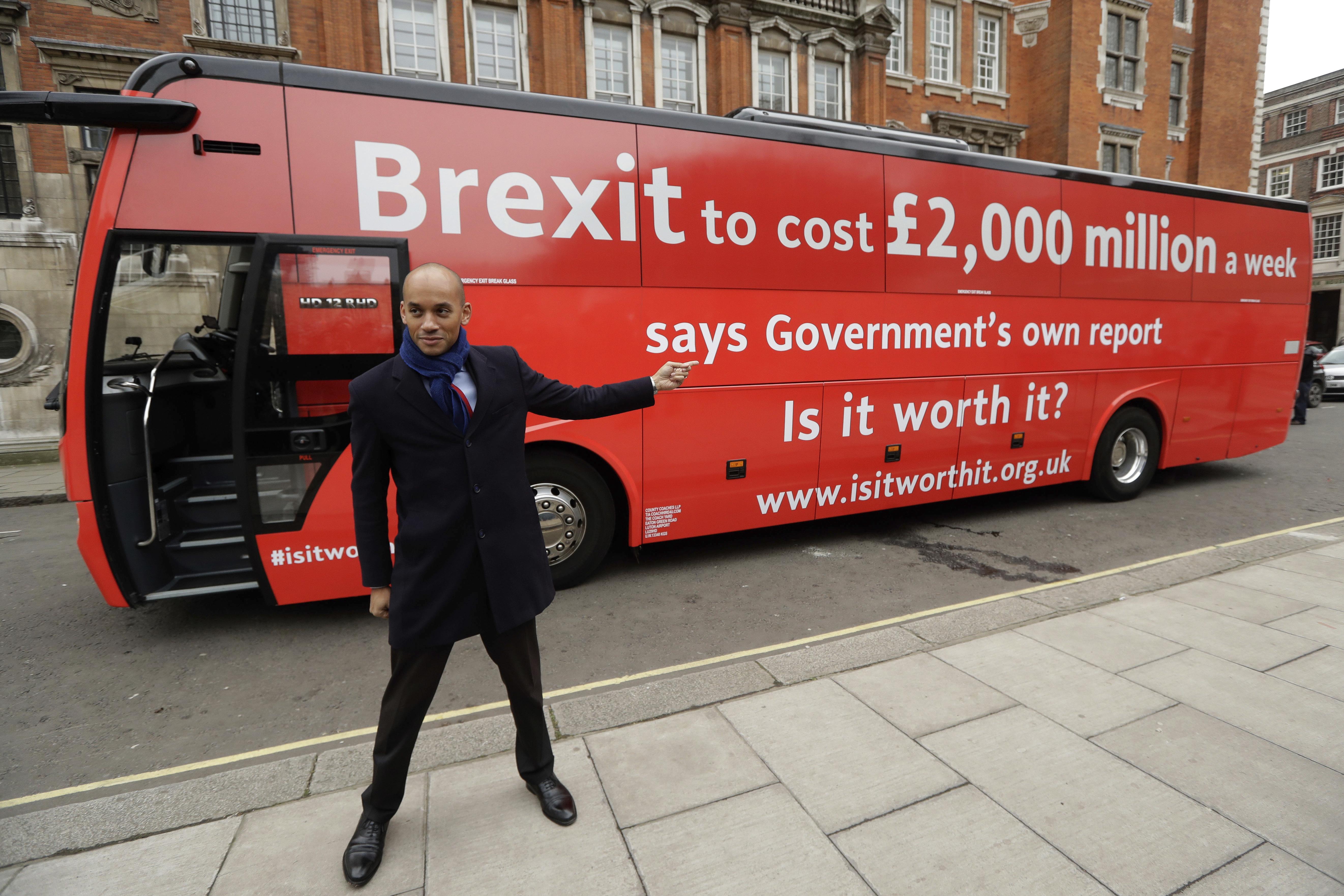 Remain-backing MPs pretend this — and staying in the single market — represent “soft Brexit”, a compromise to reflect that 48 per cent voted Remain. But they are fatal to Brexit and they know it.

Either would be a far worse deal than we have had before. They are a ruse to engineer a new vote to stay in.

We get that Europhile MPs hate Brexit. But they are there to represent their voters, not advance personal agendas.

For some Tories and many Labour MPs the decision should be blindingly obvious: their own constituencies voted Leave. The manifestos on which they then stood for election last year promised to leave both the single market and customs union.

Do they seriously believe it right to betray their voters and their own doorstep promises?

Brits are becoming more welcoming, secure now in the knowledge we are at last about to get the same control over numbers every non-EU country enjoys

Most people are too busy to follow the daily ins and outs as the Brexit debate grinds on. Outside the London political bubble, they imagine it’s done and dusted. They just want to get on with leaving. And in full.

It has barely occurred to them that many politicians never accepted the result, have waged war on it relentlessly and are closer than ever to victory.

Imagine the explosion of anger if that happens. If, today or next month, Tory Remainers vote with Labour’s opportunists to defy the biggest democratic mandate in British history. If MPs, having approved the EU Withdrawal Bill once already, back wrecking amendments drafted by unelected peers bent on destroying Brexit. 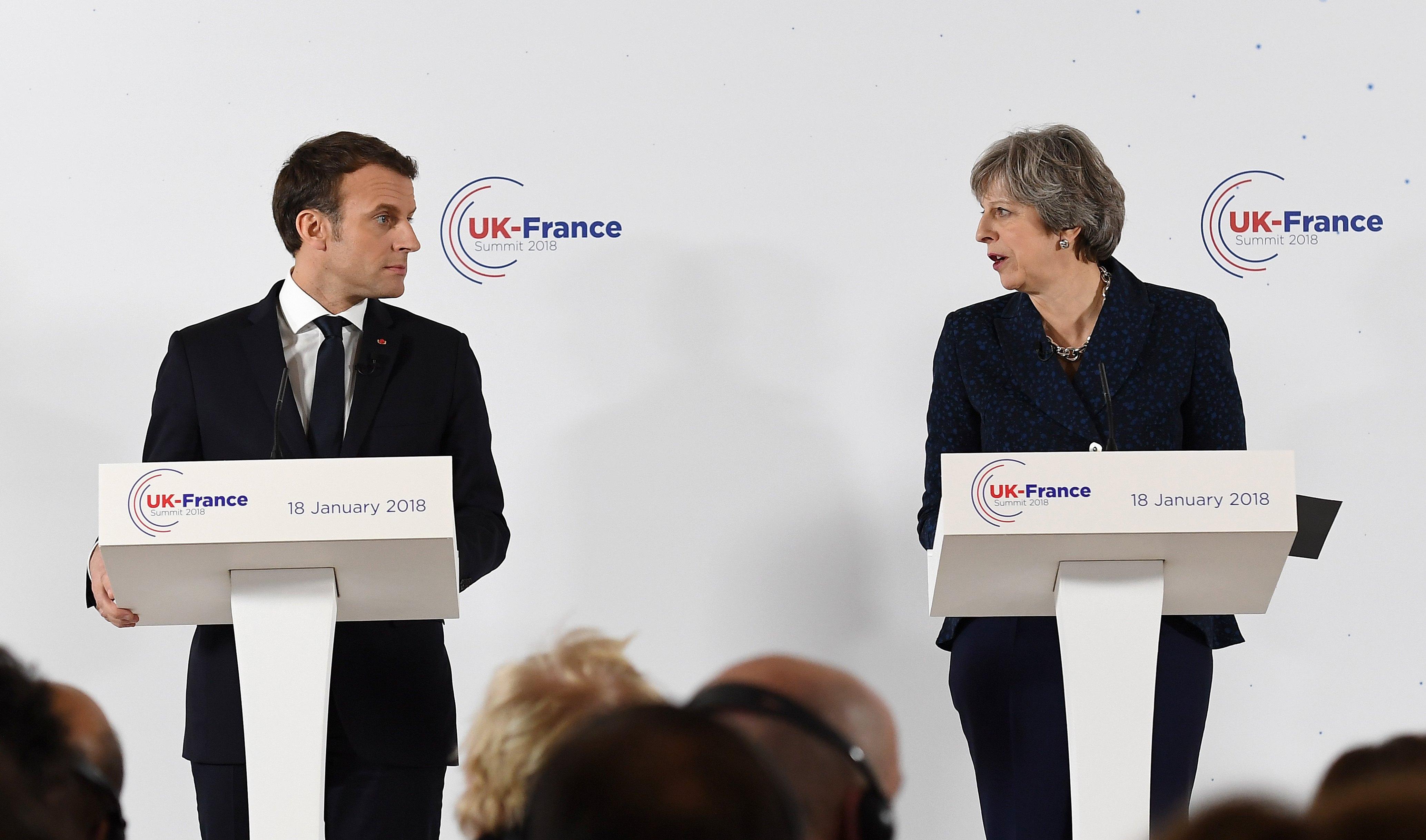 That rage won’t even be limited to Leavers. Many Remainers also consider it vital to fulfil the result of the vote in full. They know staying in the single market or customs union is not leaving. It is a suicidal, half-baked Brexit.

Why would anyone trust our democracy again if we took such a course, in defiance of the referendum result?

The Sun understands the Tory rebels’ fears for the economy and jobs post-Brexit. We believe we may well be in for a rocky ride short-term, before the longer-term benefits pan out. 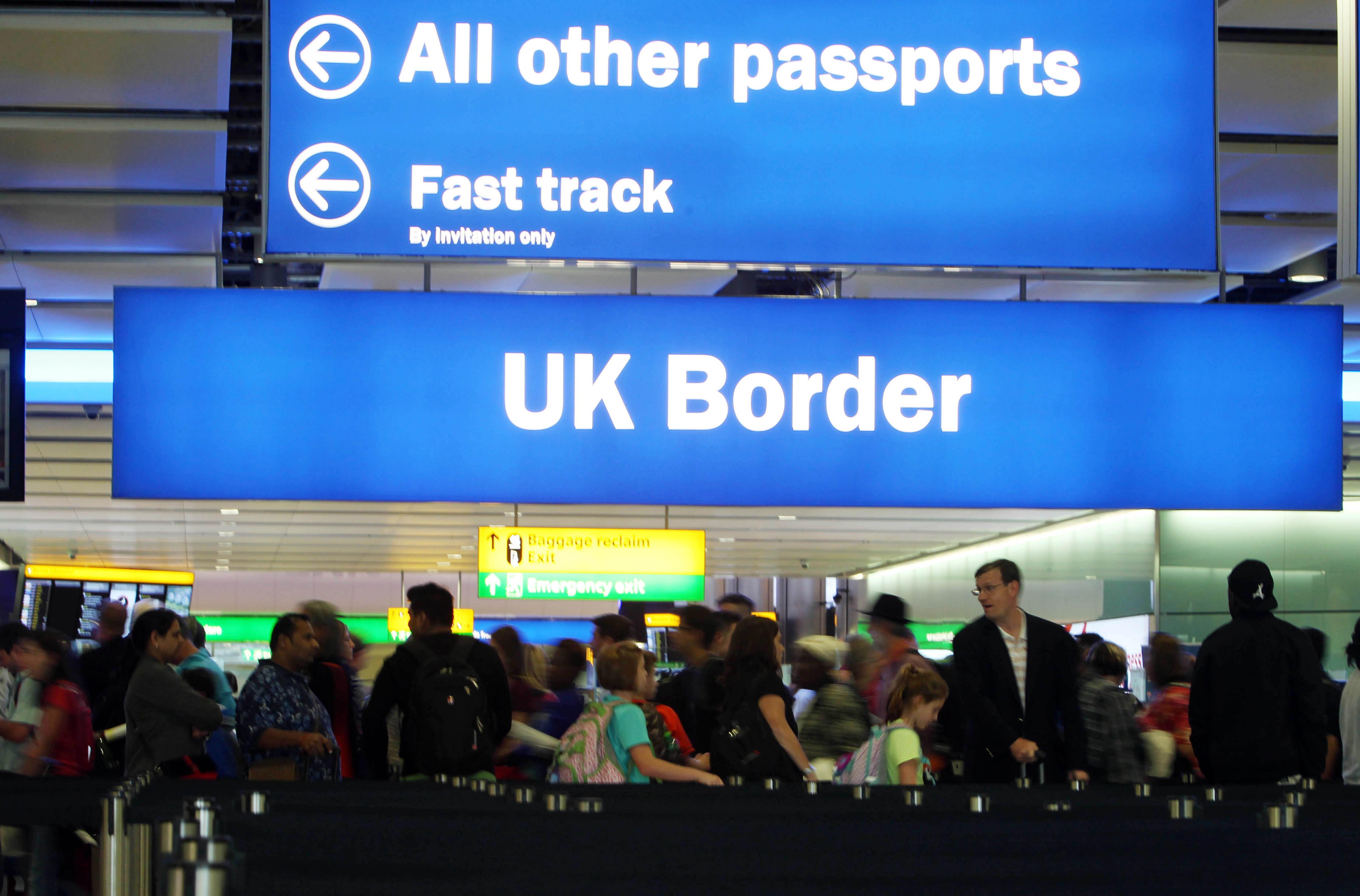 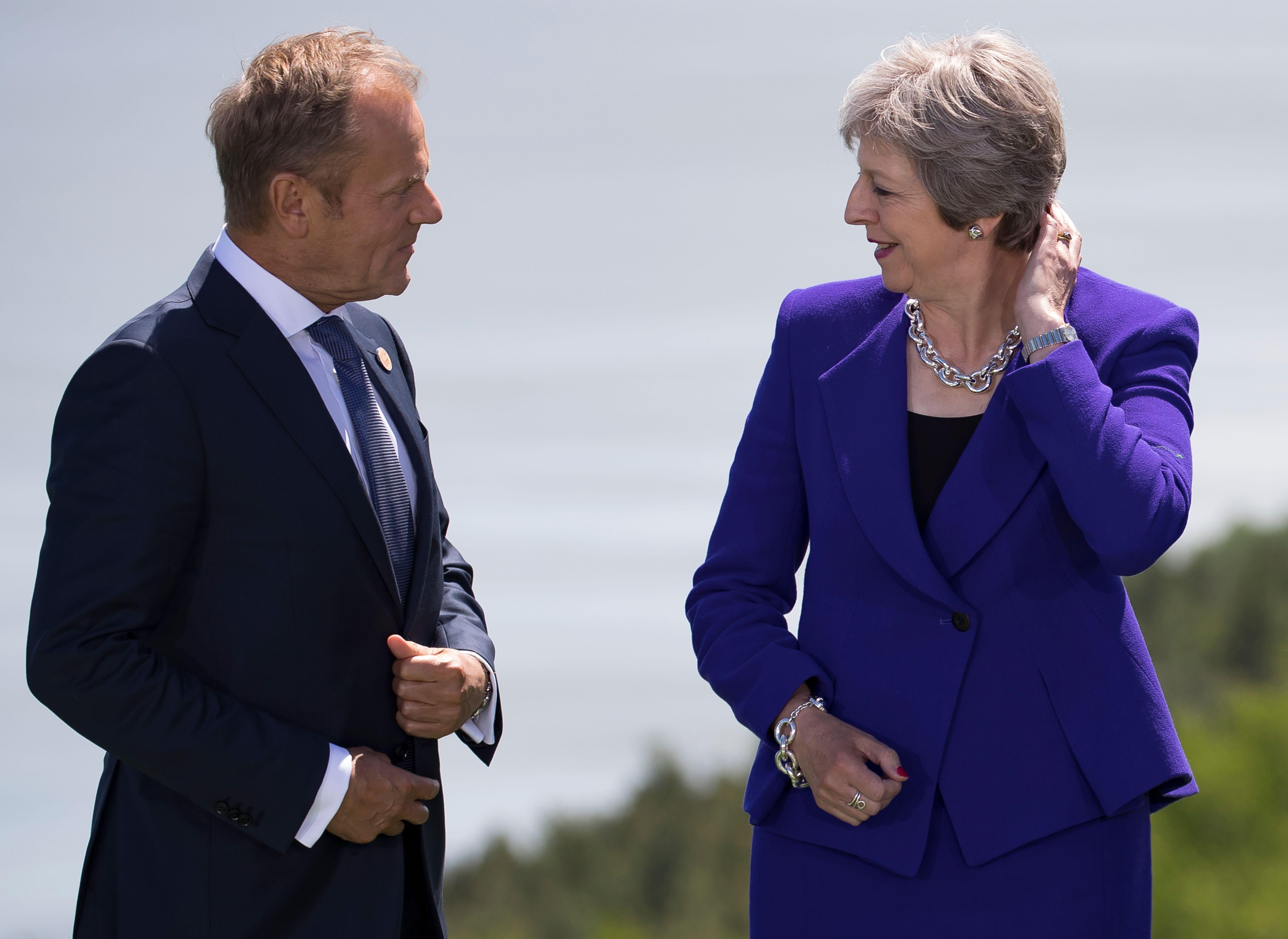 But everyone should read the authoritative view from ex-Aussie Prime Minister Tony Abbott — who initially backed Remain but is brimming with confidence over what he considers a golden opportunity for this country, even if we never strike any deal with Brussels.

The Sun understands, too, the worries many Remainers have that Britain could become less ­liberal, less open and more prejudiced against foreign migrants after Brexit. We whole-heartedly believe that’s unfounded.

Brits are becoming MORE welcoming, secure now in the knowledge we are at last about to get the same control over numbers every non-EU country enjoys. 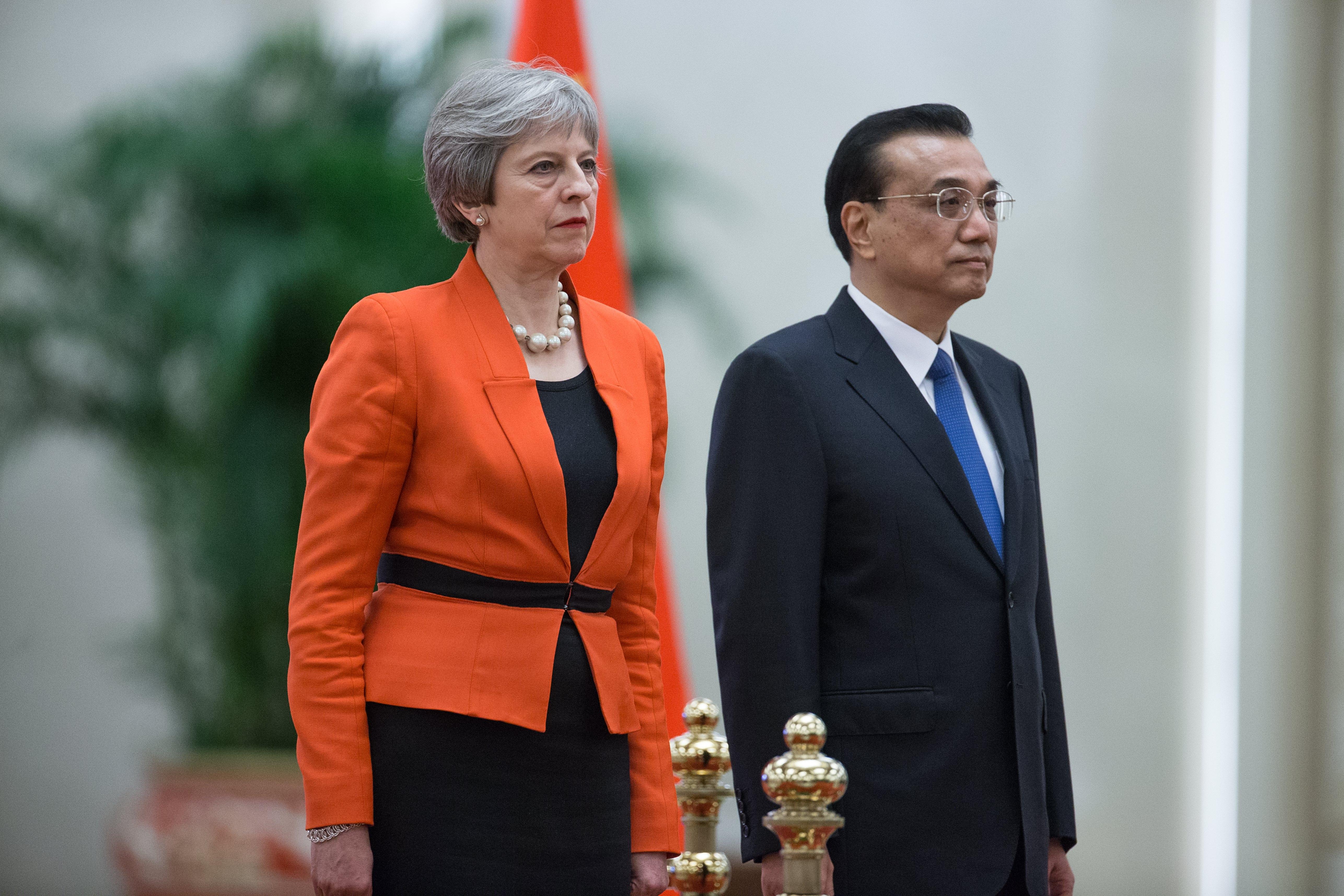 On these two ​vital days for Brexit — and further votes next month — The Sun says this to backbench Tories: Have faith in the people of Britain.

They made the right decision on Brexit and they will make it work… if you allow your Government to give them the chance.

The people have their say

We should not still be messing about with all this

THE most Eurosceptic people in Britain are calling on Theresa May to make good on her promise that Brexit means Brexit.

The Lincolnshire town’s Tory MP Matt Warman was a Remainer but now advocates a “clean break” from Europe in agreement with 74.9 per cent of his constituents. 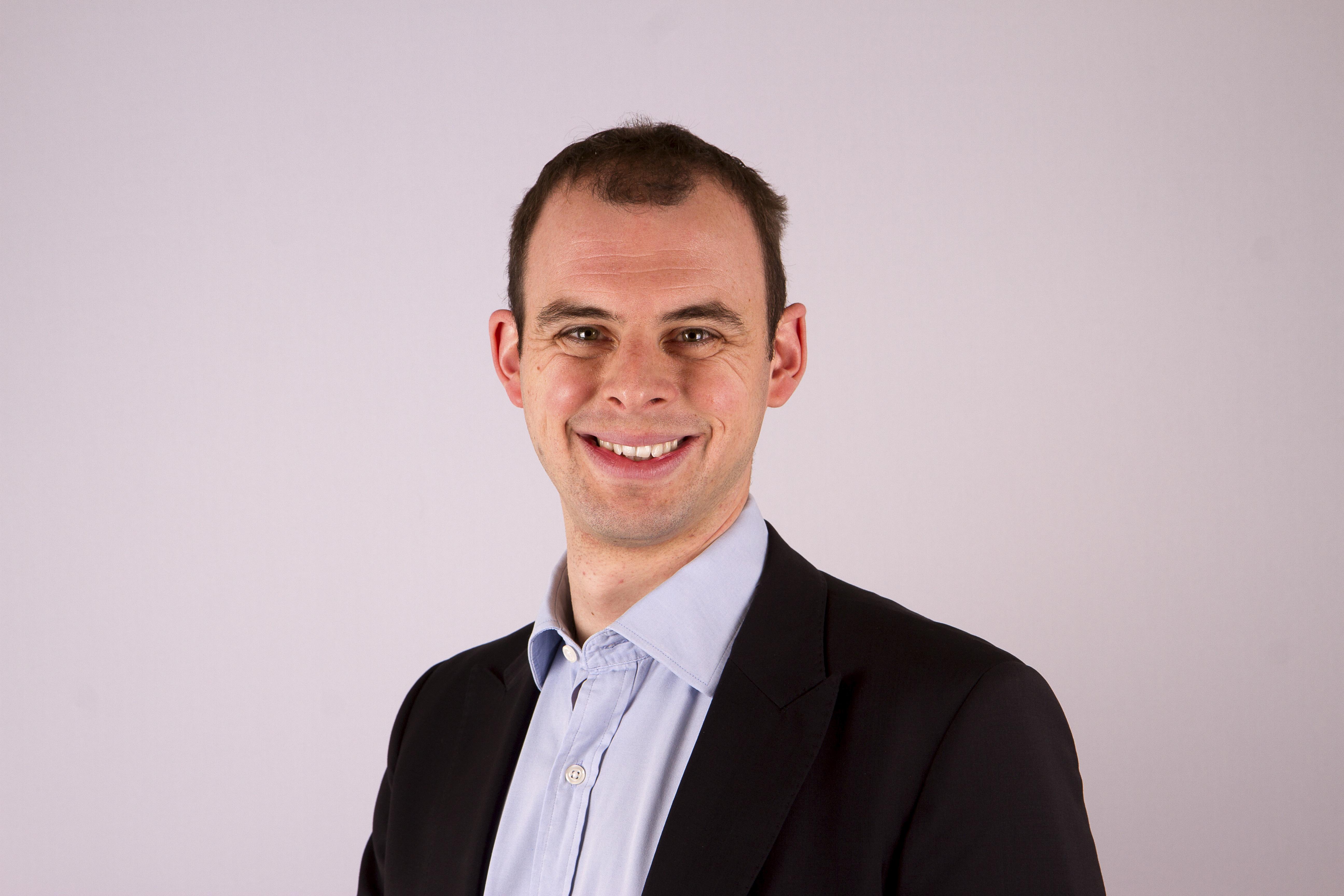 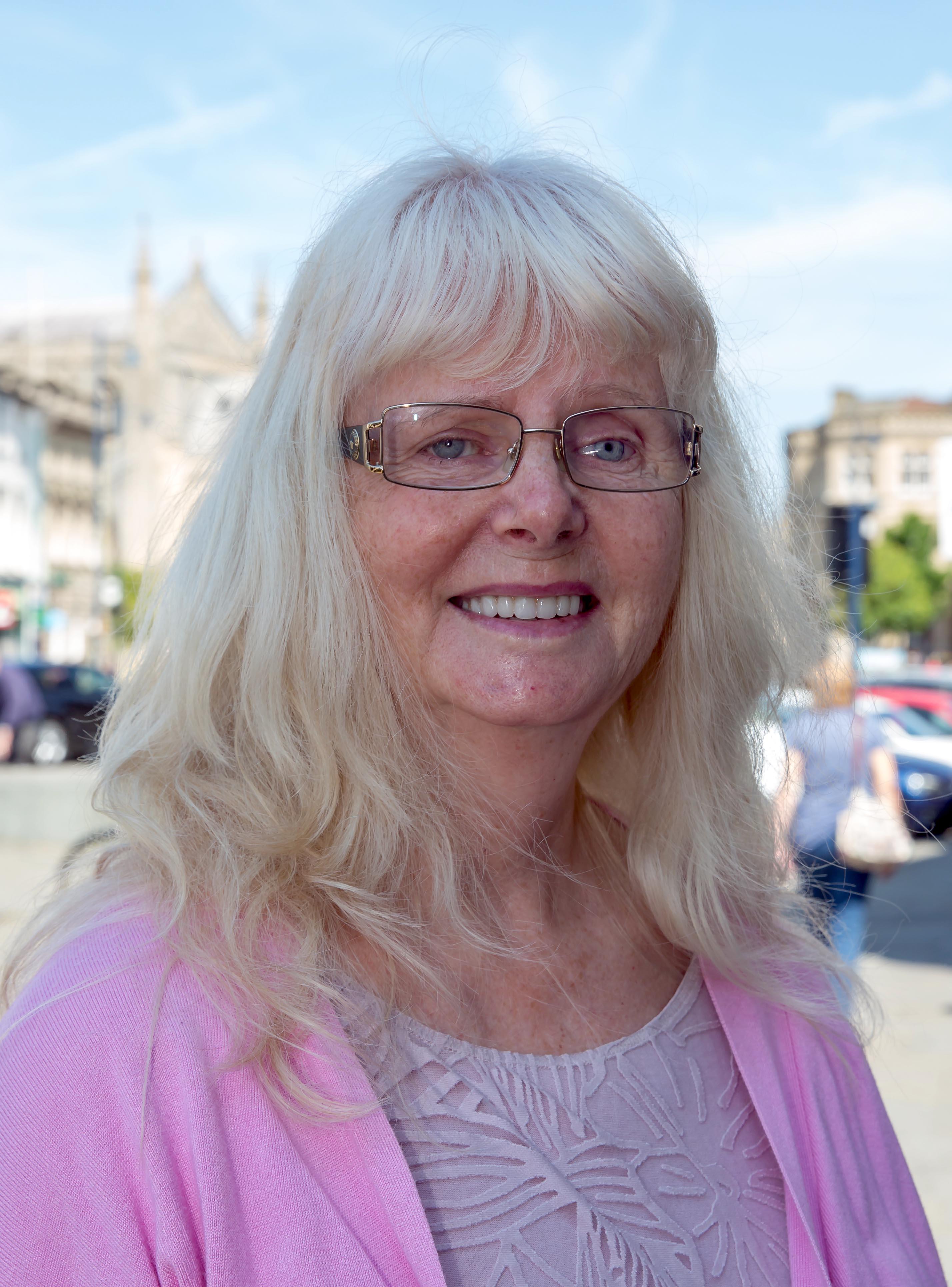 Office worker Beverly Iles, 67, said: “We should have come straight out. We shouldn’t be still messing about with all this.”

Retired council worker Brian Isam, 75, said: “We don’t need soft Brexit. We didn’t pay Europe a penny when we went in and we should not pay them a penny to get out.”

THE people of Hull want Theresa May to wave goodbye to the Eurocrats now.

In the East Yorkshire city, the leave vote was 68 per cent, although Labour MP Karl Turner was a Remainer. 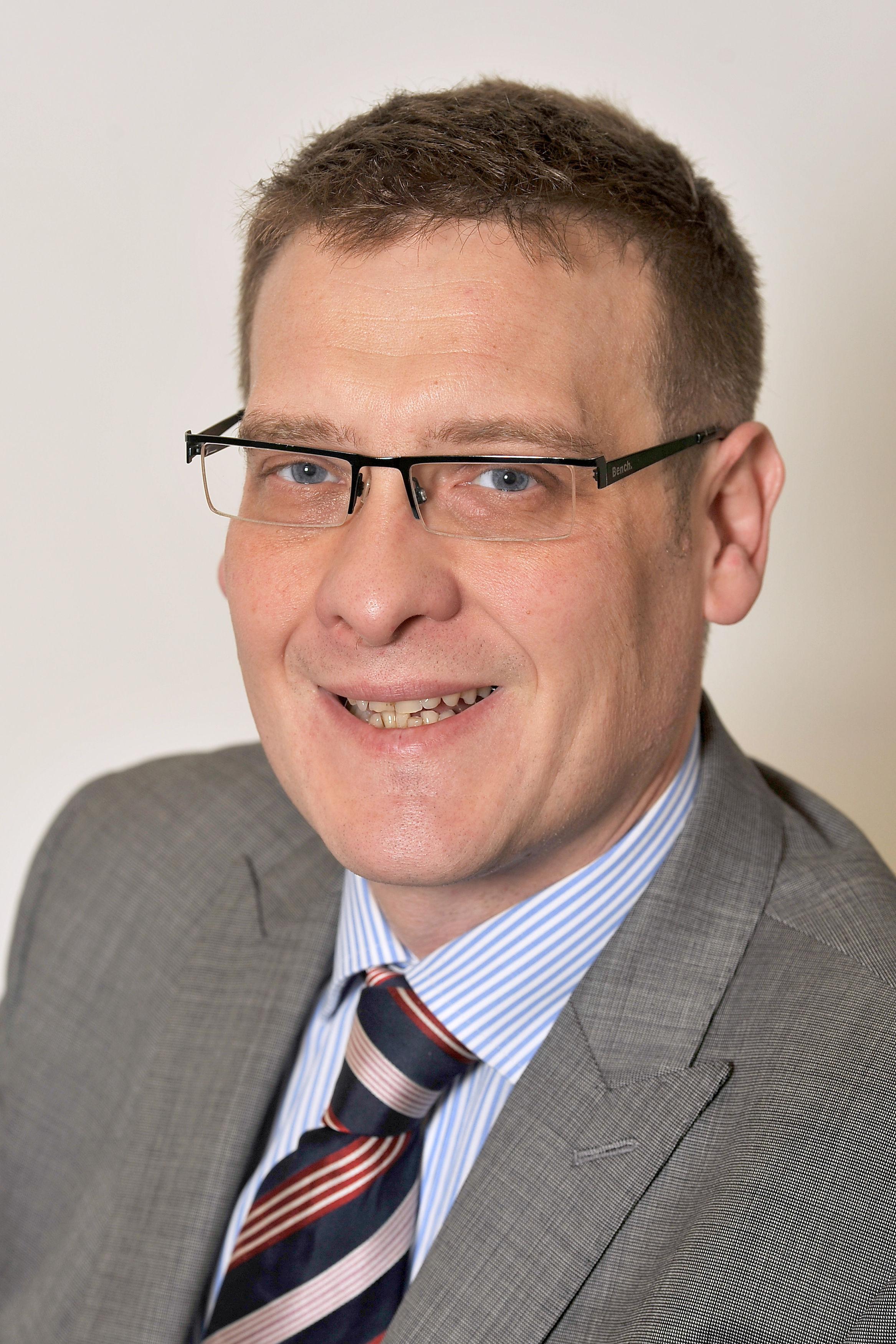 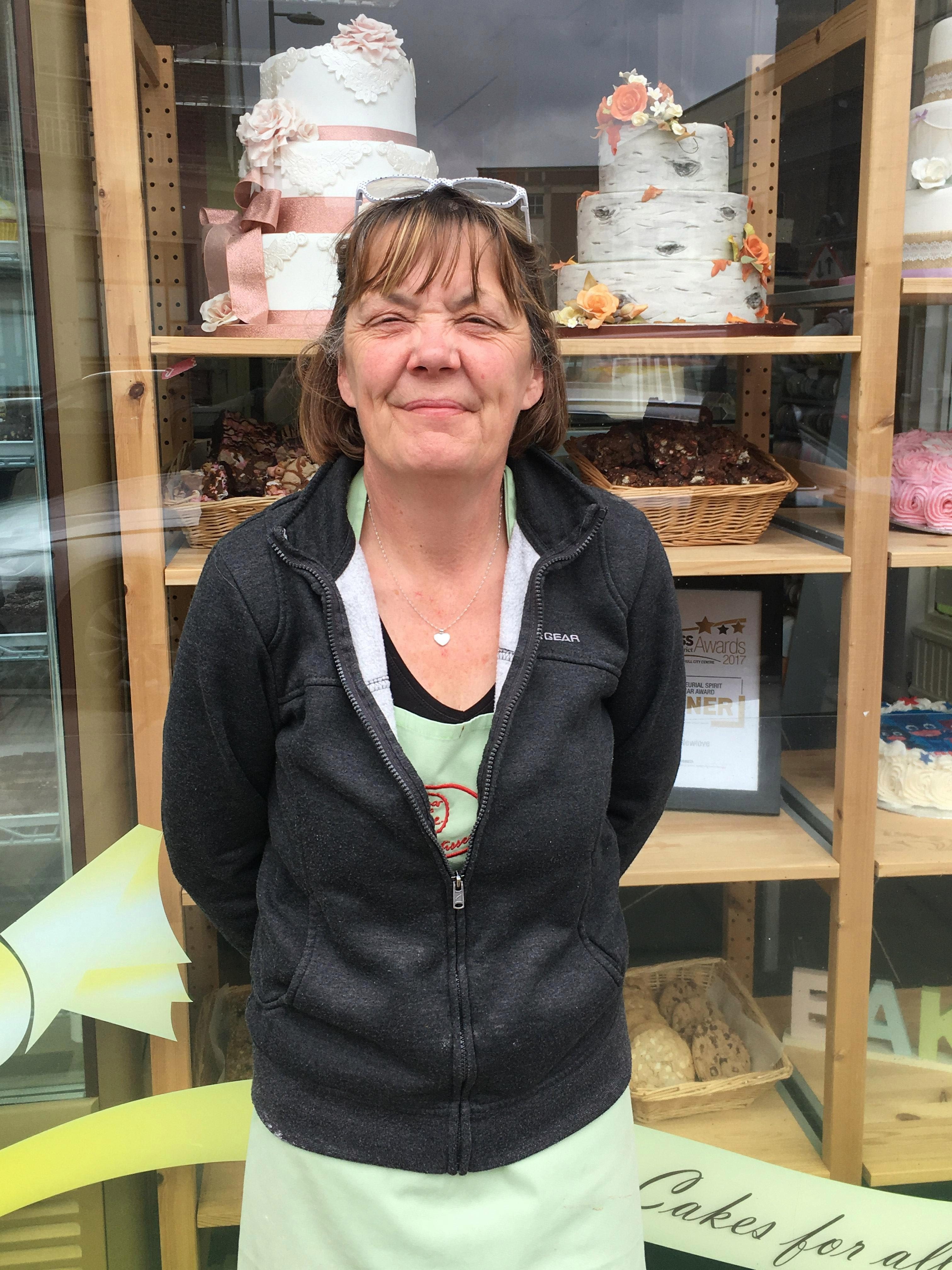 She added: “Mrs May, I call on you to do this for us now.

“The British public voted to leave. They didn’t want five years of hell.”

Retailer Vicky Paddey, 37, said: “I voted for Brexit and I’m proud to say that — it was what people wanted then and they still want it now. If we end up with a soft Brexit, a lot of these shops in this city centre will not survive it.”

She is not doing what the people want

IN the North East, some impatient voters are calling for dithering Mrs May to go.

Voters in Gateshead went 56.8 per cent in favour of leaving in 2016, against the wishes of Labour MP Ian Mearns. 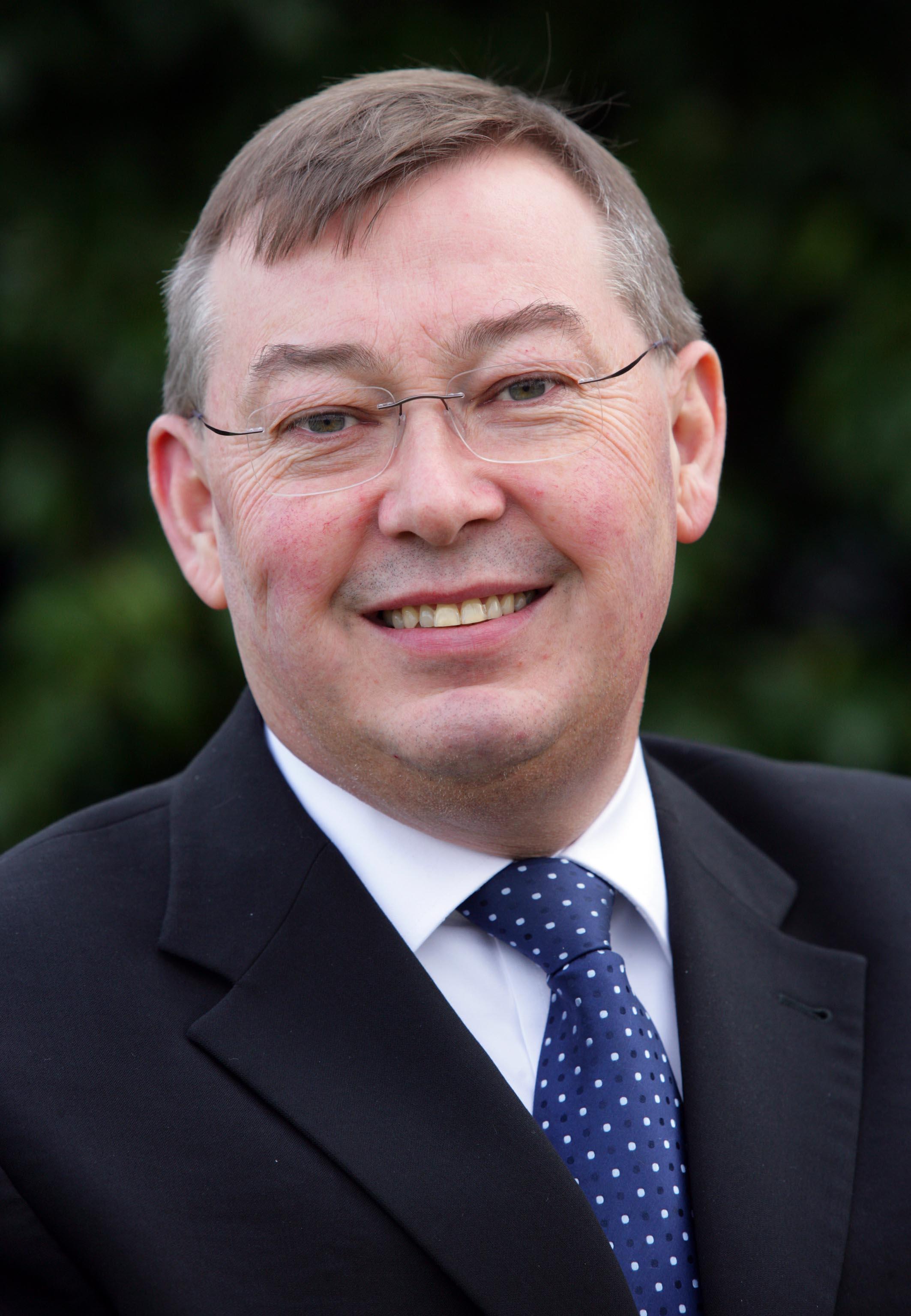 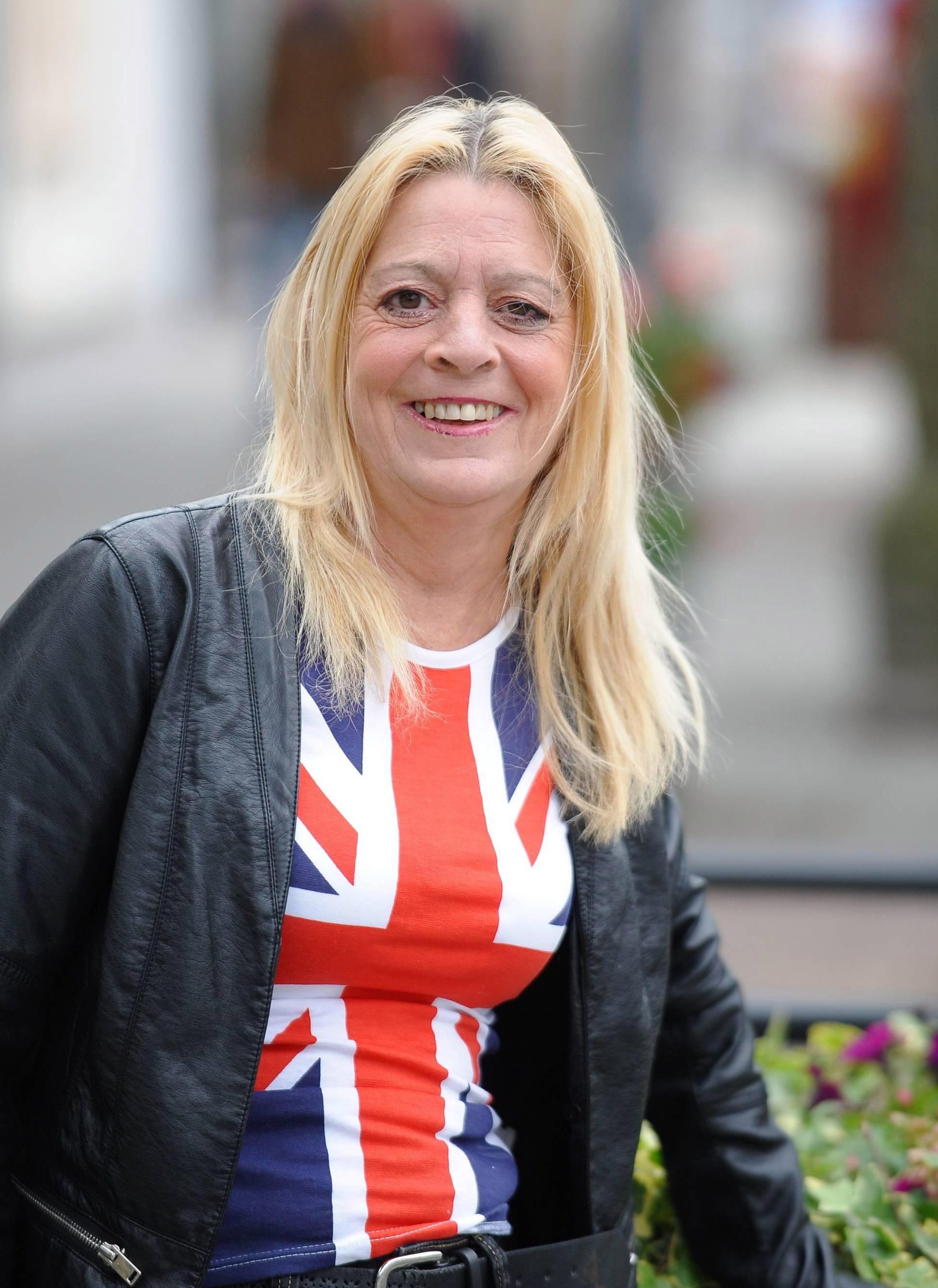 Florist Dawn Athey, 41, said: “I think Theresa May should resign.

“She’s not the person I thought she was going to be.

“I think she’s scared of being the Prime Minister who’s going to take us out of the EU.”

And Jude Ditchburn, 51, from Gateshead, said: “I think she is betraying the country and not doing what people want."

They are dragging their feet. The people voted for this

FORMER Tory Cabinet minister Nicky Morgan is a leading Remoaner — but in her Leicestershire constituency people want to get on with Brexit.

The area voted 50.1 per cent in favour of leaving the EU. 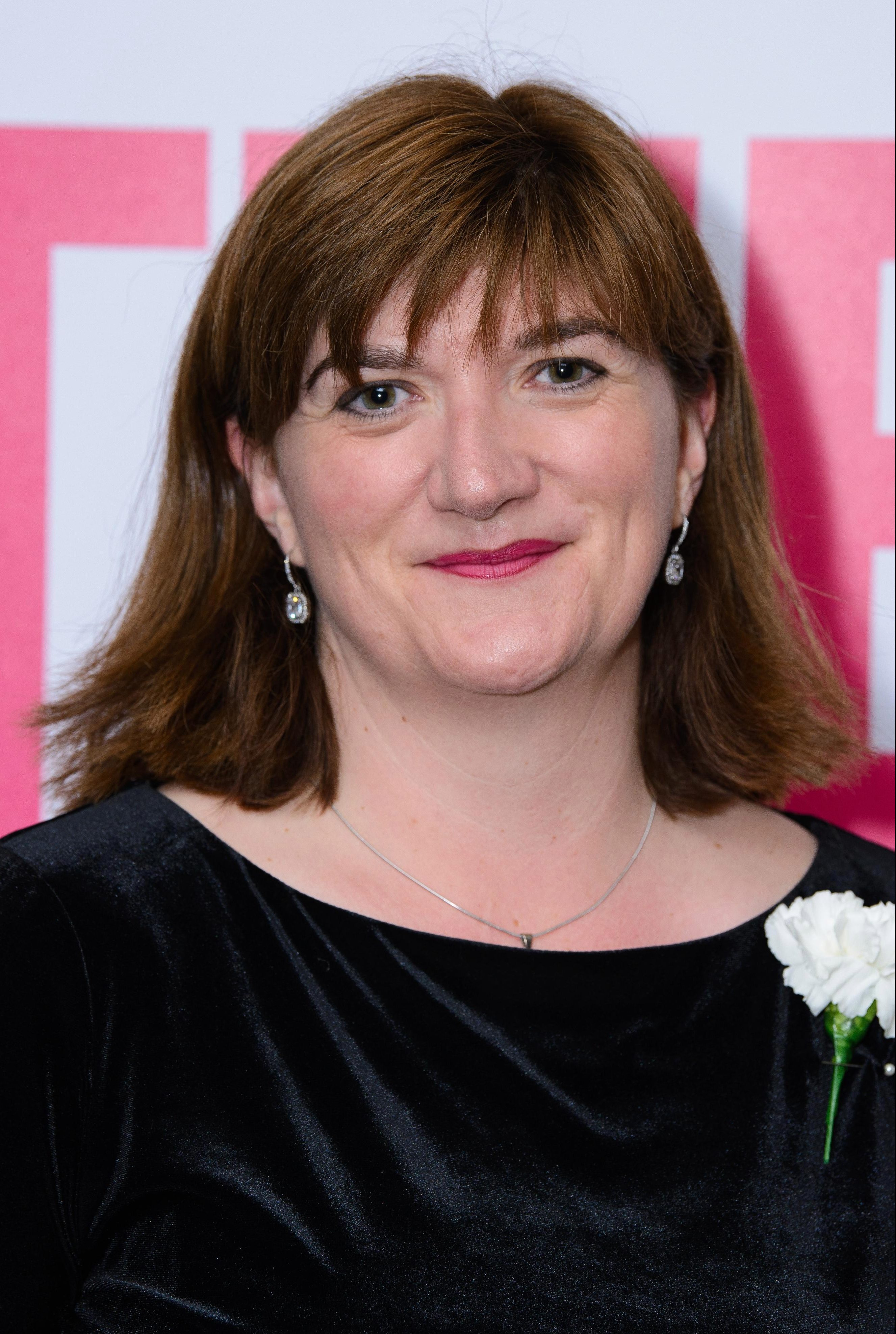 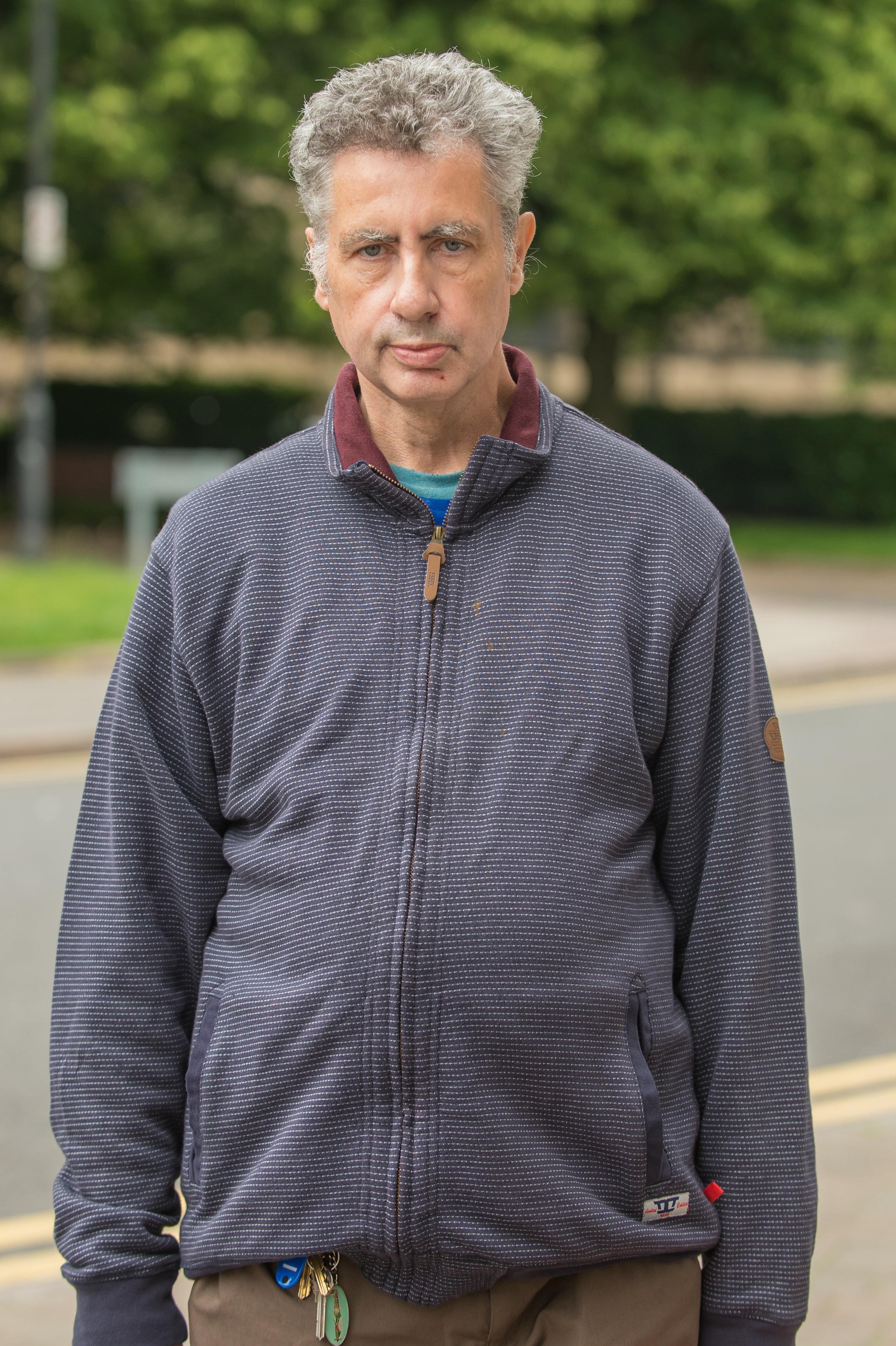 Brexit backer Andrew Cooper, 56, said: “They are dragging their feet, the people have voted for this and they need to do what the people asked them to do.”

Cedric Hewitt, 90, said: “I think Theresa May ought to get her finger out and get on with it. It’s what the British people wanted.”

And David Greasley, 85, a former quality control engineer, said: “I voted out and simply want out.”

The Government are failing to get things sorted

HARD Brexit opponent and Conservative MP Anna Soubry wants Britain to be shackled with a customs union.
But in Broxtowe, Notts, 54.6 per cent of her constituents backed leave during the referendum.

Now, they want her party to carry out their wishes. 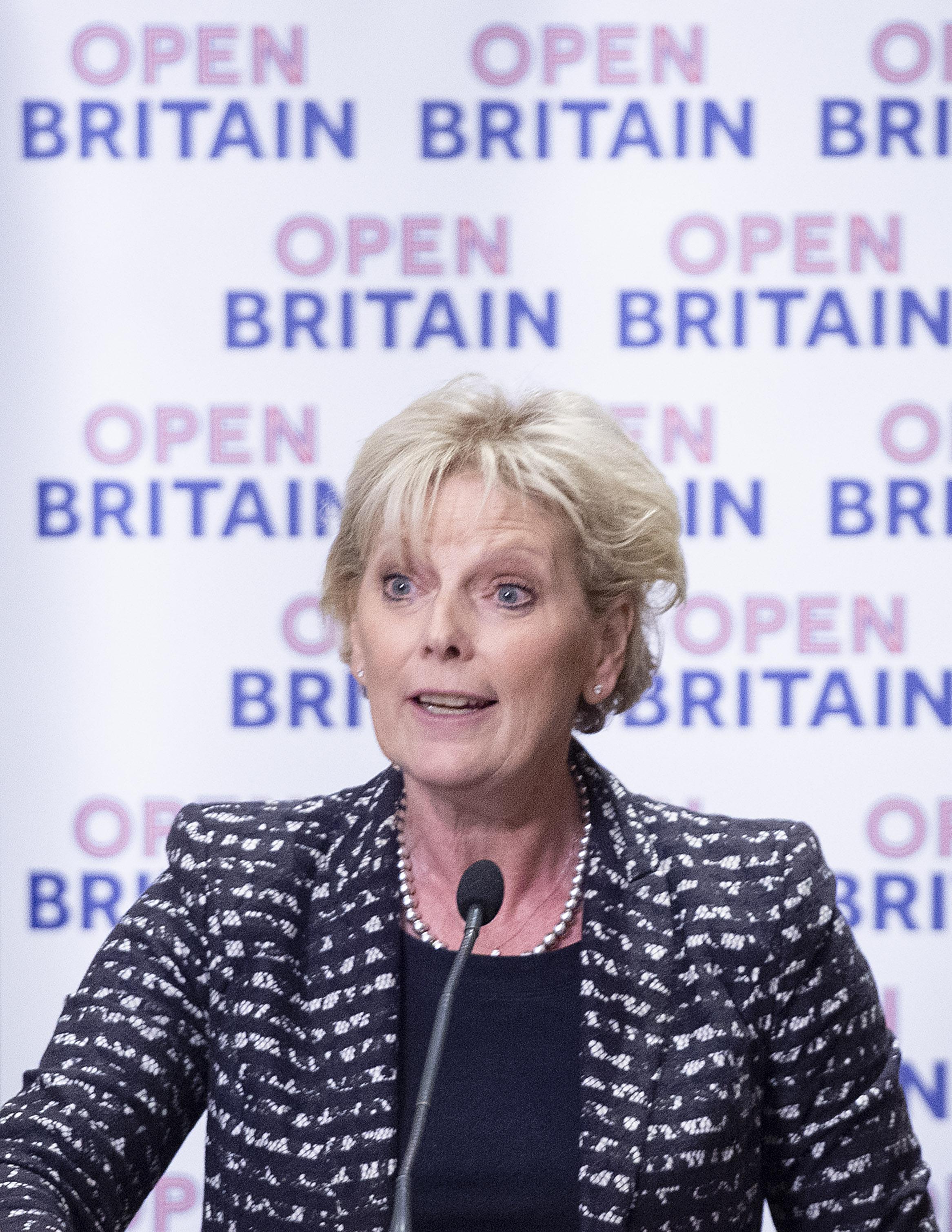 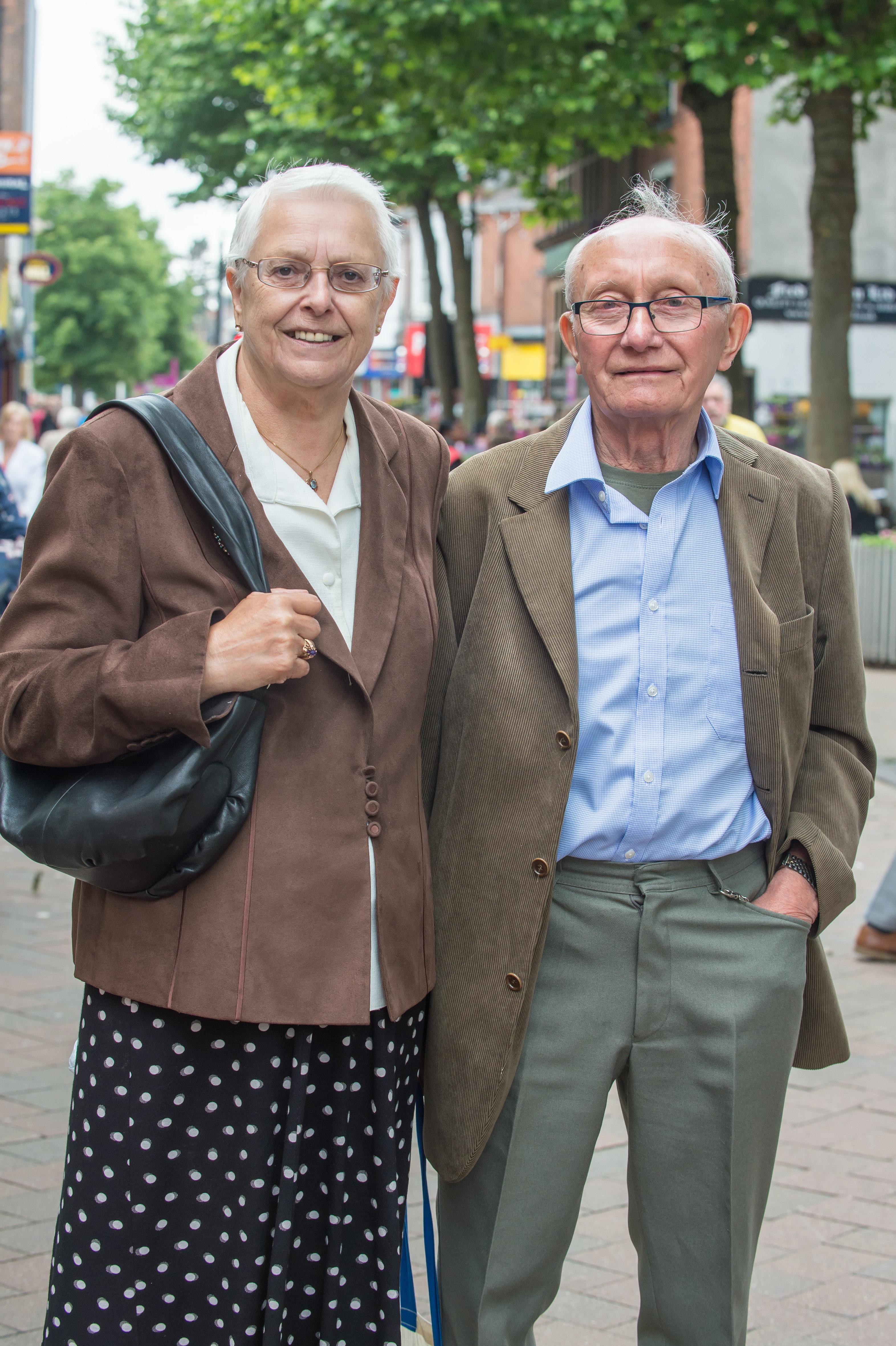 Ray James, 82, and Elsie James, 80, said: “We think the Government are failing to get things sorted. It is taking a long, long time and no people thought it would take this long.”

John Wilson, 68, said the Government was clueless on disentangling from the single market. “It has become a shambles,” he added.

But she is out of step with her Devon constituency, where 53.9 per cent voted in favour of leaving the EU. Christine Williams, 64, said she was disappointed with Dr Wollaston.

“I don’t know if I can now vote for her in the next election,” she added. 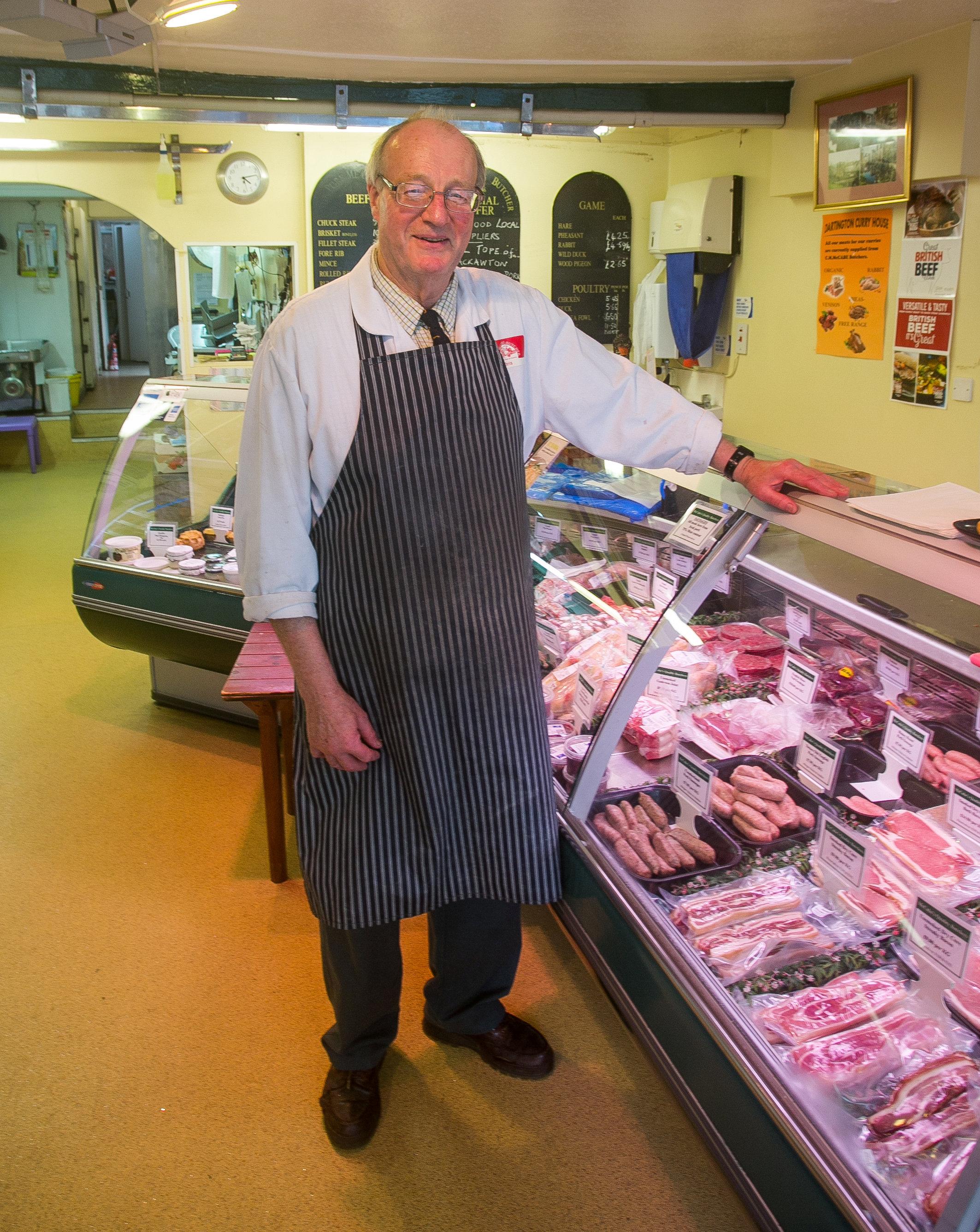 Butcher Chris McCabe, 70, blamed Theresa May for the slow progress.

He said: “This is like the Champions League final and we are at half-time.

“She still has a chance but she needs to get her team in order so they can go back out and win this.”

It's been dragged out. Elites will try to stop Brexit

WHILE the capital was the heartland of Remain, in Bromley, South London, there was a paper-thin majority of 50.6 per cent in favour of staying in the EU. Tory MP Bob Neill is a Remainer. 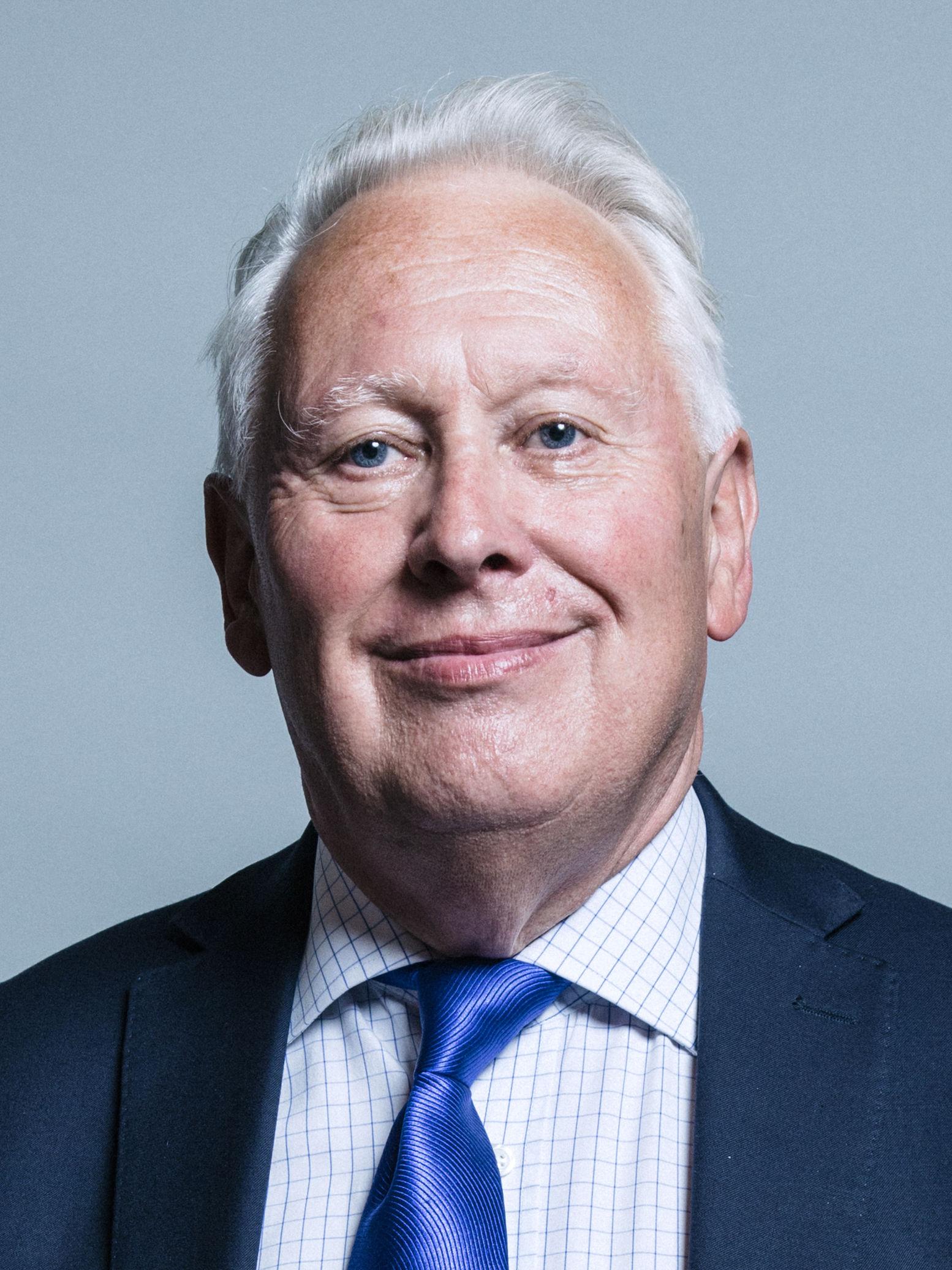 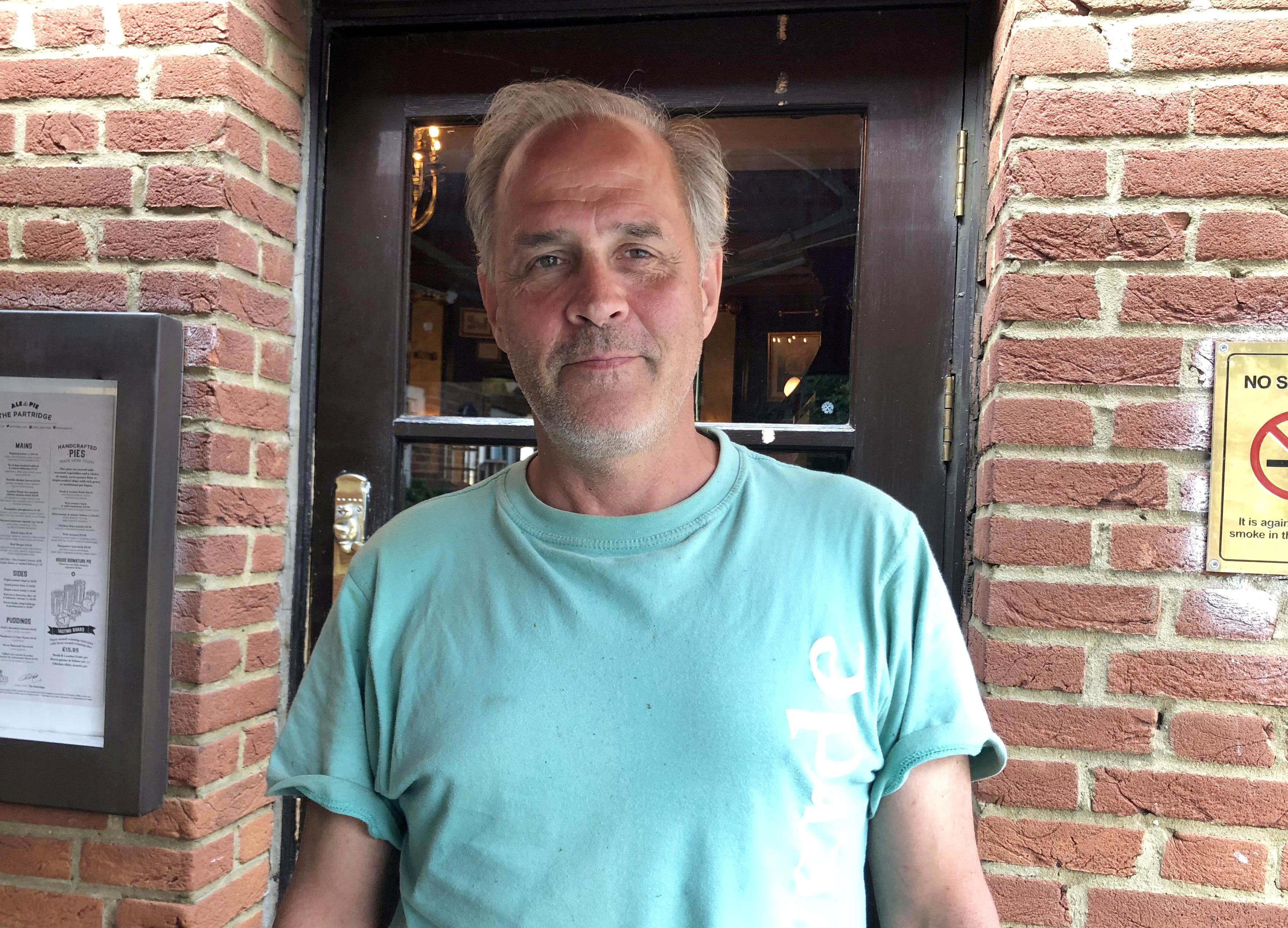 Gardener David Alden, 52, said: “It’s been dragged out for a reason. They know how to grind people down and tire them out. The elites want one thing and try any way to get it. They want to stop Brexit.”

Retired software developer Steve Johnson, 58, said: “They are trying to come up with these fudges — ways to try to renege on the will of the people without outwardly doing so.”