One man  – Pyotr Nazarov  – had his right leg crushed by the 20-tonne T71 war machine but the others escaped unscathed. 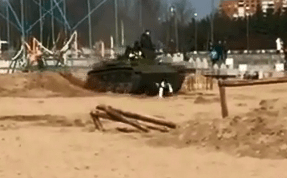 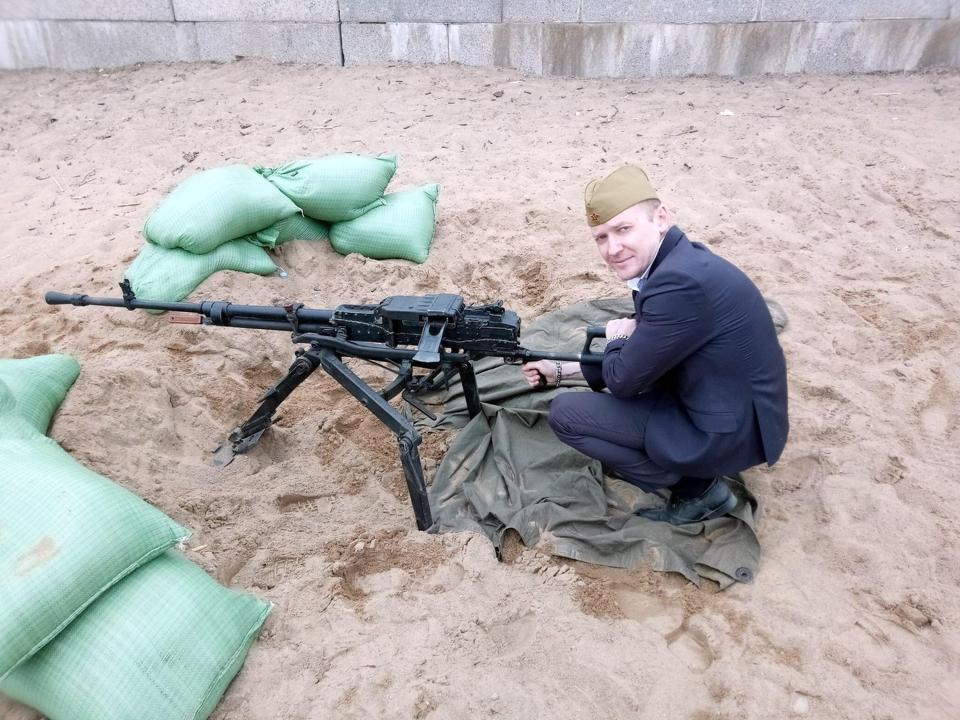 The screams of the victims – who were travelling on the top of the tank –  are caught on a video filmed at a military show in St Petersburg, Russia.

Shocked onlookers shouted to the soldiers to stop the tank as it trundled along a beachside 'obstacle' course.

The T71 went up and down a small embankment at the Combat Steel festival.

As it came down four of the seven riders are seen being thrown off the front of the Cold War era tank. 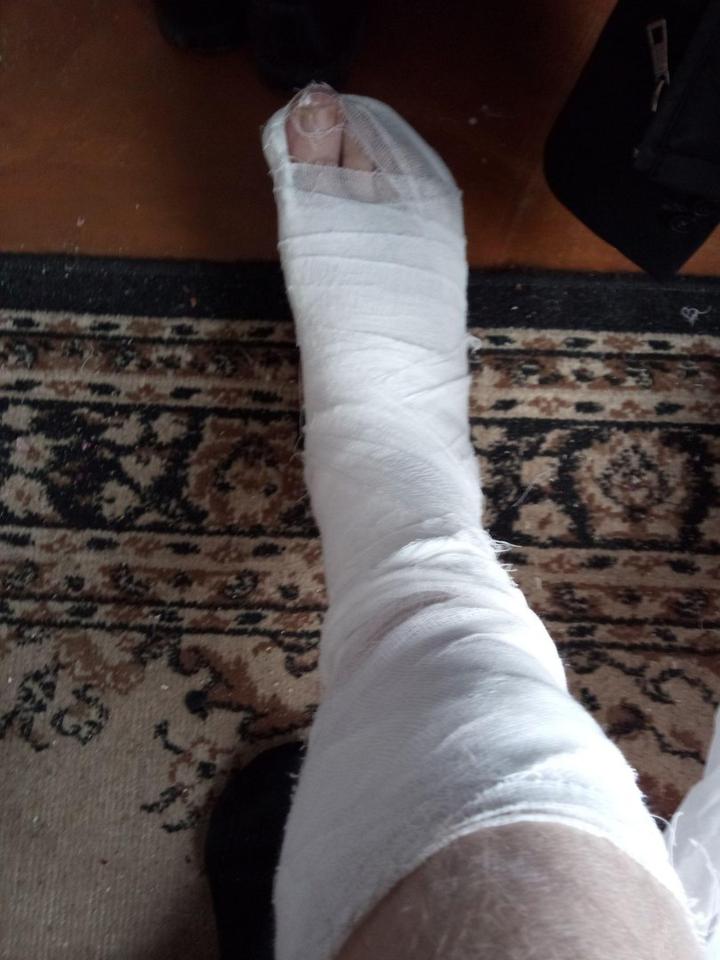 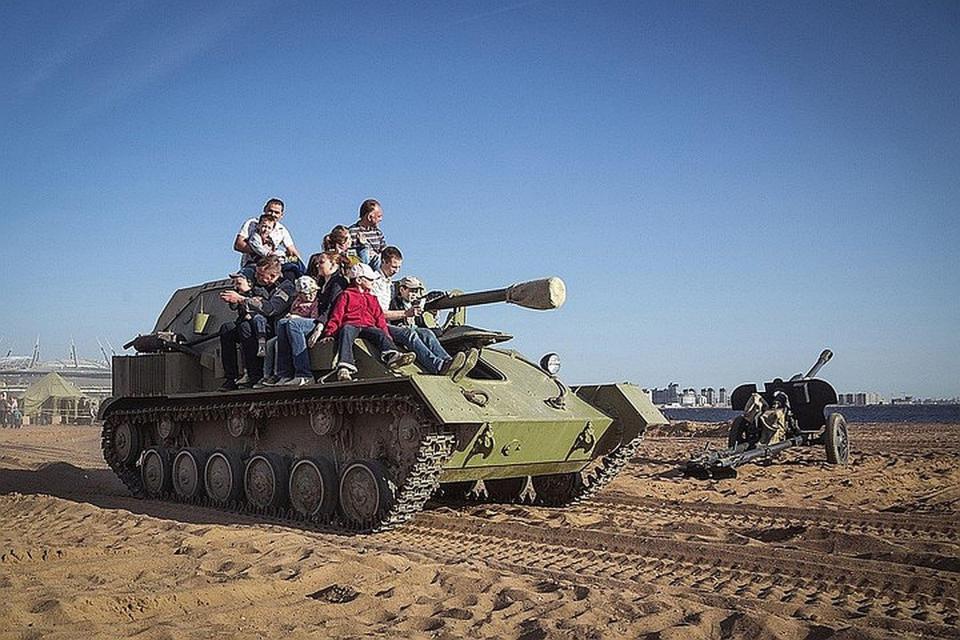 Nazarov – in his 30s – was filming and he recorded the horrific moment he fell head over heels off the tank.

The screen suddenly goes black as he is caught underneath the armoured military vehicle.

His leg was caught under the caterpillar tracks, and the other man was thrown clear.

Two children fell right underneath the tank – but miraculously landed between the tracks. 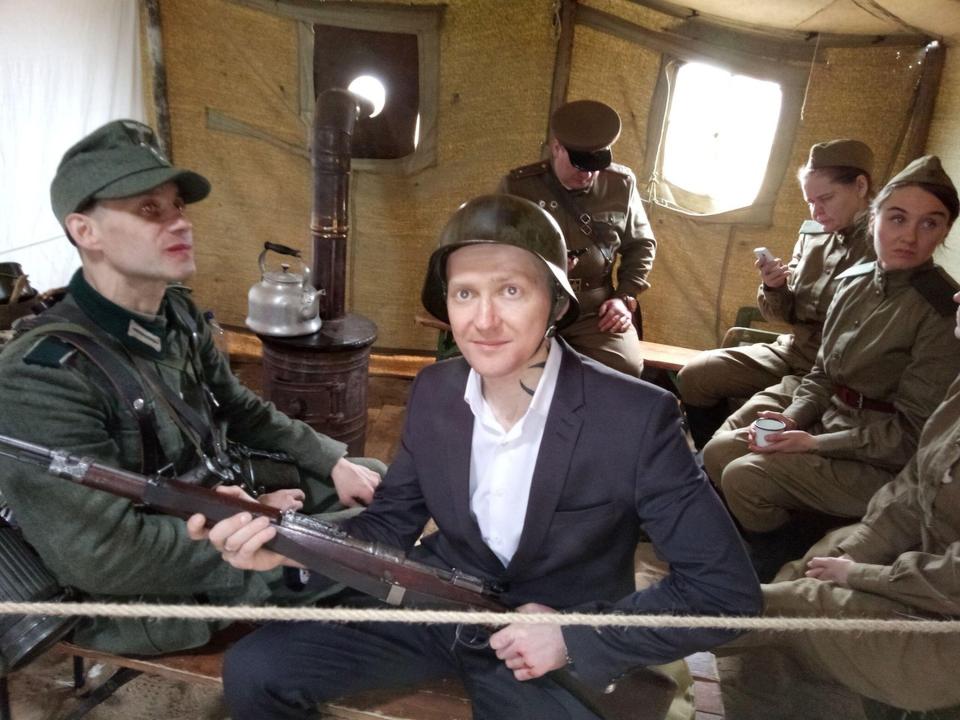 Nazarov, who broke his leg and was covered in blood with scratches and bruises, said: “I was the only one eaten by the tank.

“Children should not have been there in the first place. If a child had fallen instead of me, they  would have been killed.”

He said: “There were about seven of us riding on the tank.

“The children were mostly sitting at the back and it saved them from being tipped under the caterpillar tracks.

“If they had been sitting at the front, there would have been many more victims.”

Another tank at the festival had special bars for people to hold onto, but not the one involved in the accident.

Police are investigating safety breaches at the event.