A HEARTBROKEN groom married his fiancee's corpse at her wedding-cum-funeral after she lost her battle with breast cancer before she could realise her dream of becoming a bride.

Xu Shinan, 35, from China tied the knot with his recently deceased partner of 12 years, Yang Liu after he discovered a secret online shopping cart filled with her dream wedding items the day after her death. 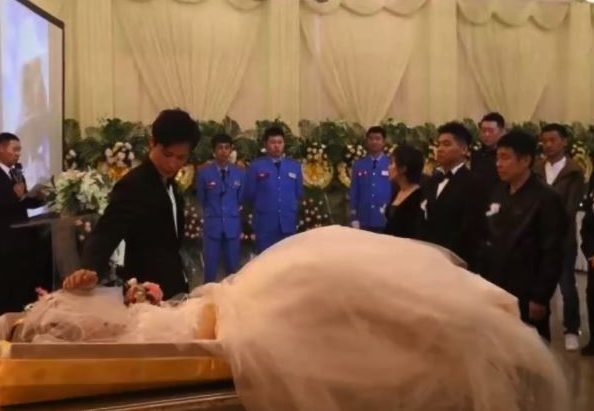 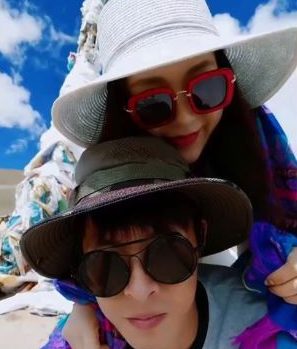 According to Dalian Evening News, Yang's body was dressed in a beautiful white gown and surrounded by pink flowers during the ceremony.

An emotional Xu broke down in tears after he read the wedding vows – even though he says his late wife had asked him to promise not to cry.

The wedding, which took place on Sunday in a funeral parlour in Dalian, eastern China was witnessed by the couple's family and friends.

His 34-year-old fiancee died on October 14 after a five-and-a-half year battle with breast cancer.

The dedicated husband stayed by her side in mourning for seven days following her death, as is the tradition in China.

He said: "My wife used to say that nobody was allowed to cry should she die.

"I was holding back my tears on the day, but when [her body] was sent for cremation, I couldn't fight it anymore."

The university classmates fell in love in 2007, and were engaged six years later.

But tragically Yang was diagnosed with breast cancer at age 28 after experiencing pains in her chest.

'SHE COULDN'T EVEN RECOGNISE ME'

The pair put their wedding plans on hold while Yang went through multiple surgeries and gruelling rounds of chemotherapy.

In 2017, her condition improved and they began to make wedding preparations and save money for a flat.

But just one year later, Yang's cancer made a comeback – and it was worse than ever.

Xu says the pair travelled all over China seeking the best medical treatment but in July this year following a series of complications, Yang became bed-bound.

Fragile Yang had suffered multiple bone fractures from sneezing, and had to be put into a coma on October 6.

Just one week later, Yang tragically died with a devastated Xu recalling: "She couldn't even recognise me in the end and we didn't bid farewell."

After yang's death, Xu had discovered an online shopping cart and realised that a deathly ill Yang had been shopping for wedding dresses before she died.

He said: "I promised to buy her the most beautiful wedding gown."

And so just one day after her death, Xu made true on his promise and bought his wife a beautiful white gown.

The owner of the shop is said to have been so moved by the story he offered Xu any dress in his sdhop for the price of just one Yuan – 11 pence.

Speaking to his dead wife at the ceremony, Xu told her: "All that I can do is to fulfil your wish and letting you wear a wedding dress fulfils my wish." 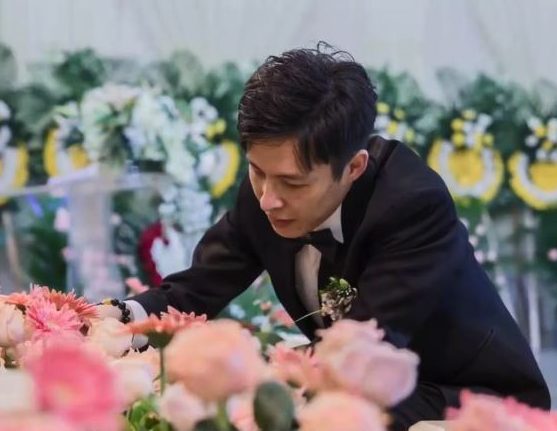 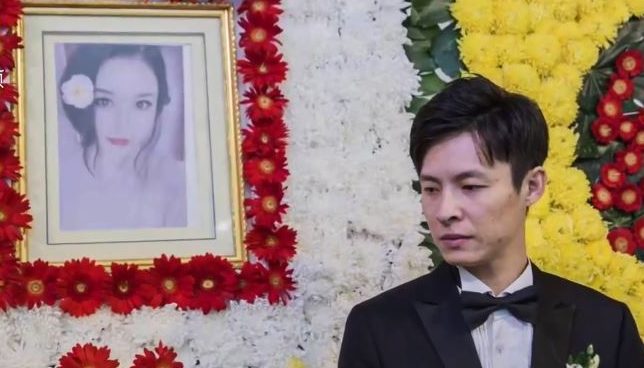 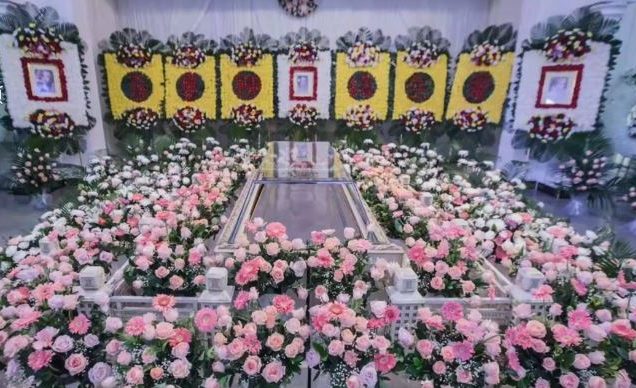 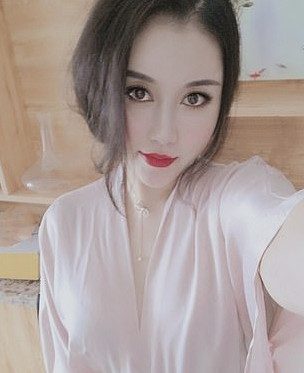