There have been no official reports but it is thought that Putin, 69, had emergency surgery previously and could be set to undergo more treatment. 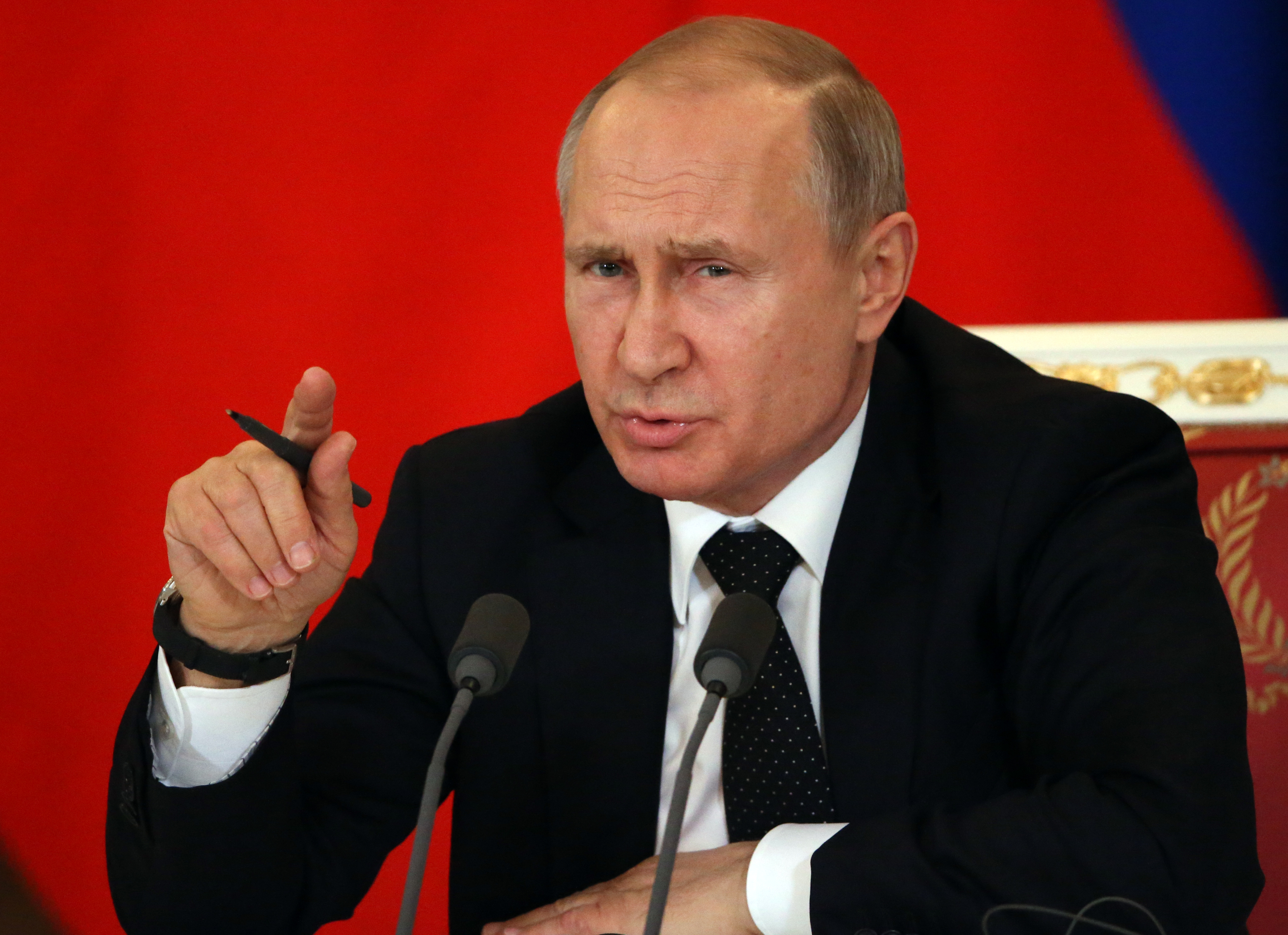 Has Vladimir Putin had surgery?

Solovei, who says he has sources close to the Kremlin, said of Putin's illnesses: “One is of psycho-neurological nature, the other is a cancer problem.

“If anyone is interested in the exact diagnosis, I'm not a doctor, and I have no ethical right to reveal these problems.

”The second diagnosis is a lot, lot more dangerous than the first named diagnosis as Parkinson’s does not threaten physical state, but just limits public appearances.

“But there is a fatal diagnosis.

“Based on this information people will be able to make a conclusion about his life horizon, which wouldn’t even require specialist medical education.”

The Kremlin issued a firm denial of any issues with the President's health at the time that The Sun revealed he may be suffering from Parkinsons.

What illness does Vladimir Putin have?

Rumours of a decline in Putin's health have followed him for many years.

The President has even seen a doctor who specialises in Thyroid cancer.

Suggestions have been made that he is suffering from abdominal cancer as well as Parkinsons.

A Russian media outlet, General SVR, reported that Putin could be going under the knife again for further surgery.

They quoted an anonymous former high-ranking Kremlin military figure as saying: “Putin has discussed that he will be undergoing medical procedures.”

Videos of the tyrant with shakey hands and stumbling over his words sparked the thoughts of Parkinsons or other factors deteriorating the 69-year-olds health.

Putin's mental state has also been brought into question with suggestions of possible dementia surfacing.

An ex-Russian spy claimed that Putin "is – or at least acts – insane and obsessed by paranoia ideas."

Boris Karpichkov, 62, told The Sun: "I am not a medic myself… but there is a serious concern that Putin is suffering from numerous physical health conditions – possibly from the sport injuries during his younger years.

"This is along with some issues which affect older people – such as Dementia in the early stages."

Questions about his health are supported by the fact Putin appeared to wheeze and shake through his latest speech, and walk with a limp in another earlier video.

Power could be transferred to Nikolai Patrushev, should Putin need to withdraw from his position.

Patrushev is seen as one of the key figures and architects in the Ukraine war.

He is also thought to have convinced Putin that the Ukrainian capital Kyiv was filled with neo-Nazis.

It has also been suggested that Putin is guiding his daughter Katerina Tikhonova, 35, to take over.