Jackie Page, 77, downs a can of the fizzy pop every morning and can guzzle up to four a day. She has sipped an estimated 93,440 cans of Pepsi – and nearly 3,000kg of sugar or the equivalent of three million sugar cubes – since she first started drinking it as a 13-year-old in 1954.

Jackie, from Carshalton in Surrey, said: “Some people might think it’s weird but I don’t care.

“I don’t call it an addiction. It’s just something I like and I can’t help it if I don’t like anything else.

“I don’t like it from a bottle, only from a can. 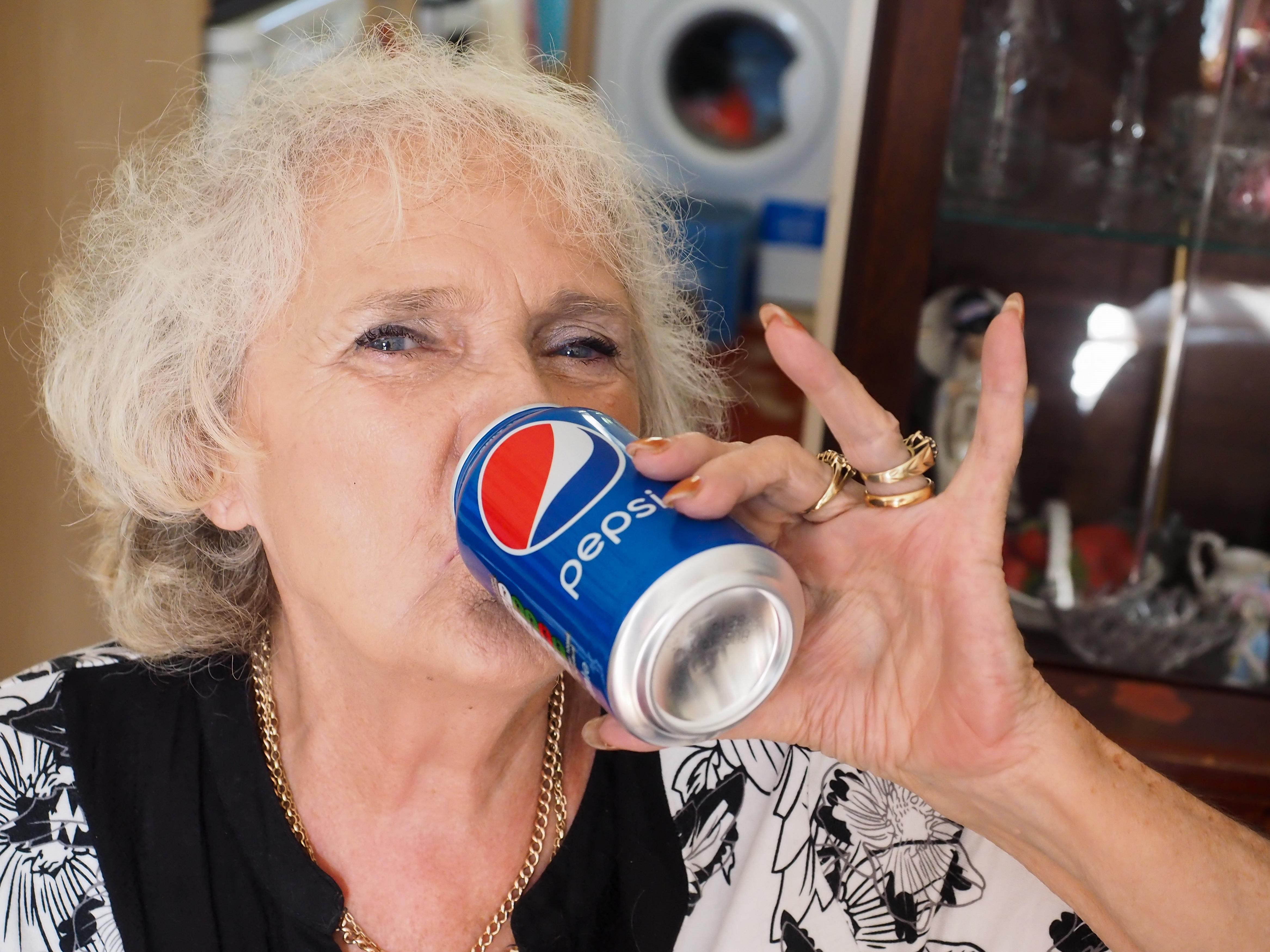 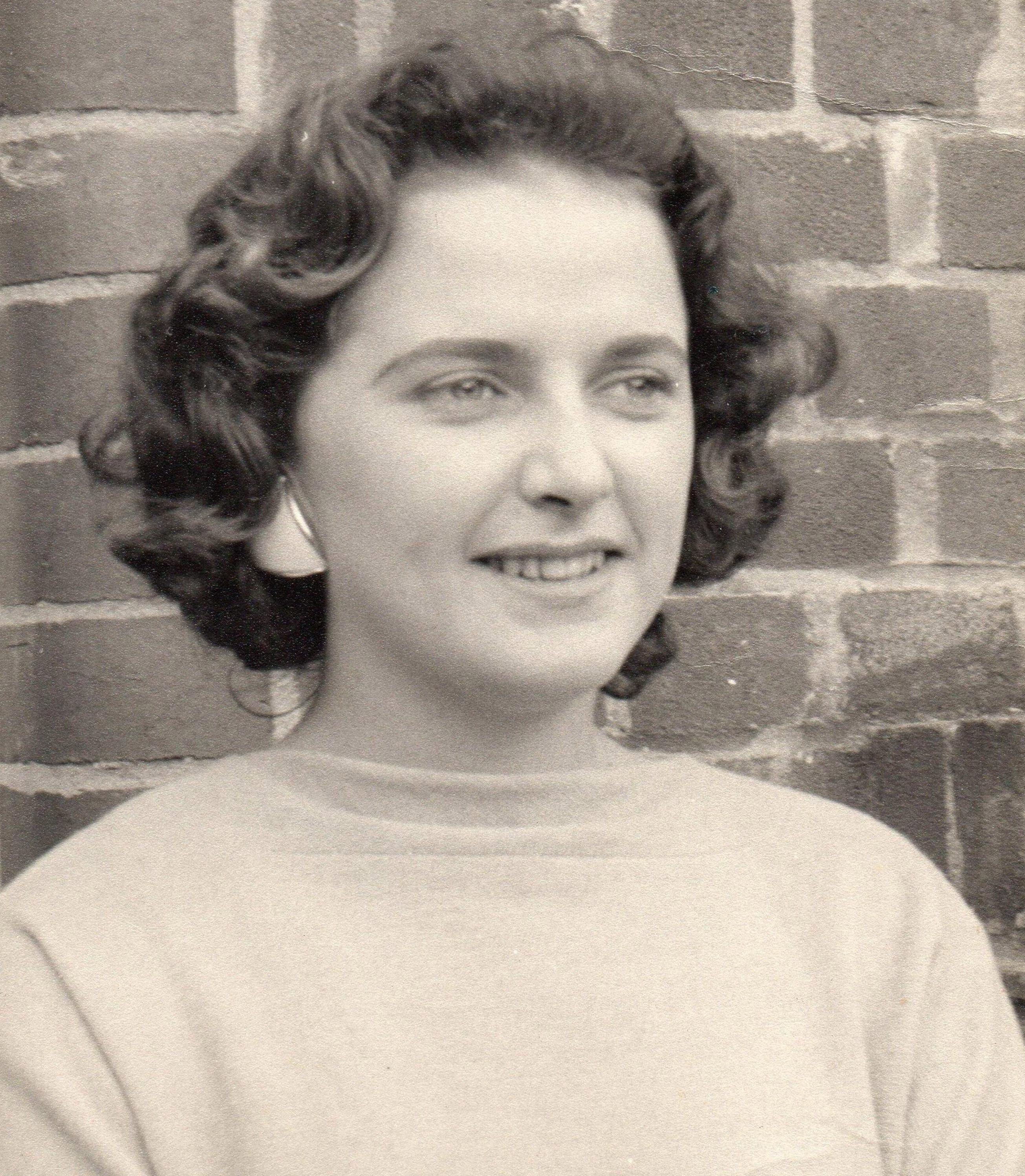 “While my kids were young they knew not to take mum’s Pepsi out of the fridge.

“We would tell them it was bad for you so they wouldn’t drink it, but as they have all seen how healthy I am and how long I have lived I can’t really talk now.

“Whether I am a caffeine addict or not I don’t know, but I am 77 years old and I have survived so far.

“I have one as soon as I wake up each day straight from the fridge. It’s like when someone says they want to drink a lovely cup of tea first thing in the morning, I drink up a lovely can of Pepsi.

“I don’t like to drink alcohol so I order Pepsi when we go out for dinner too.

“At a push at restaurants I will go without a drink altogether, or I will pull out a can of Pepsi from my bag. Sometimes they get a bit funny about it because I didn’t buy it there.

“They say Pepsi is bad for your teeth but I am a war time baby and there’s not many of us without rotten teeth so I wouldn’t know. 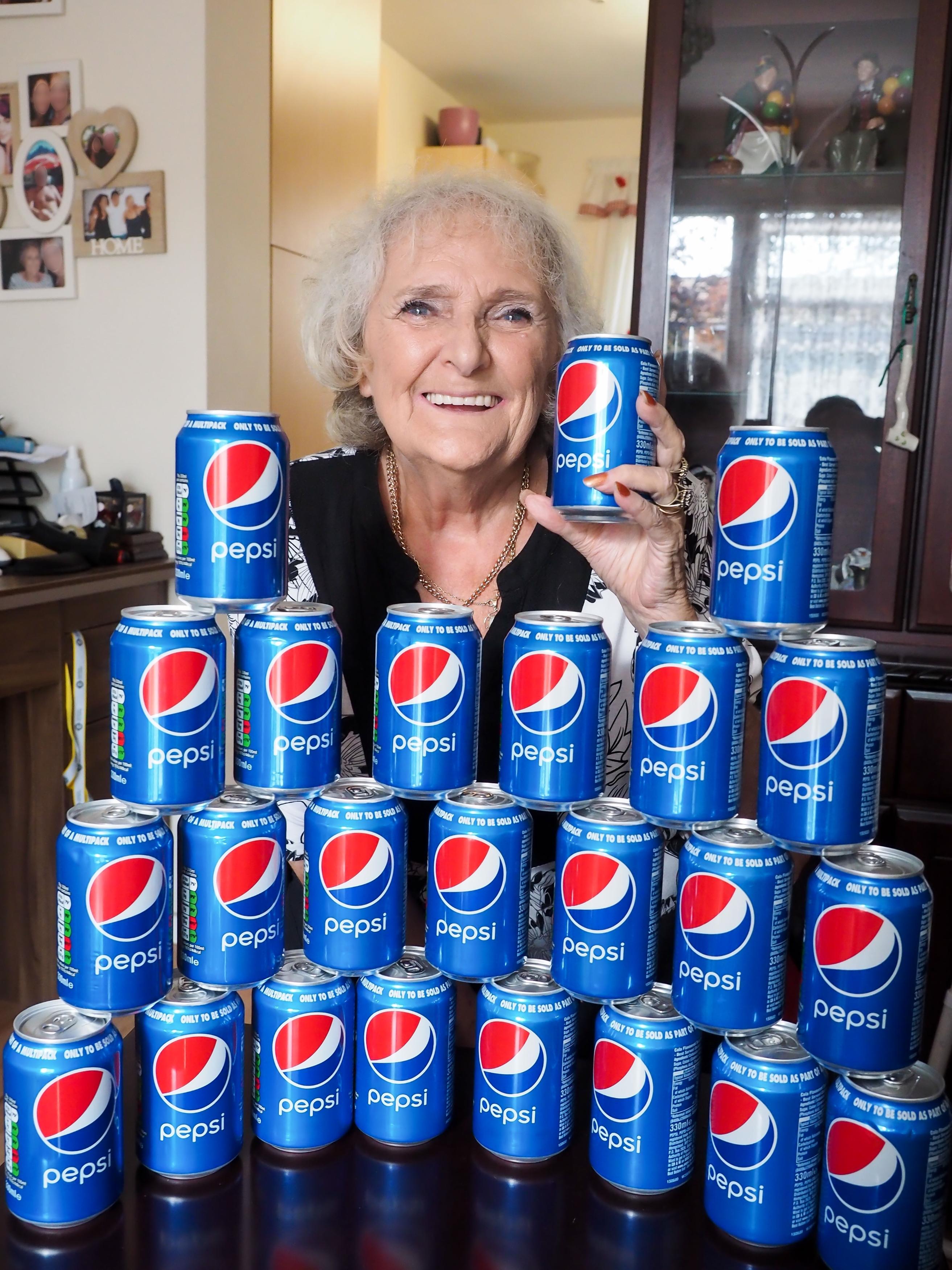 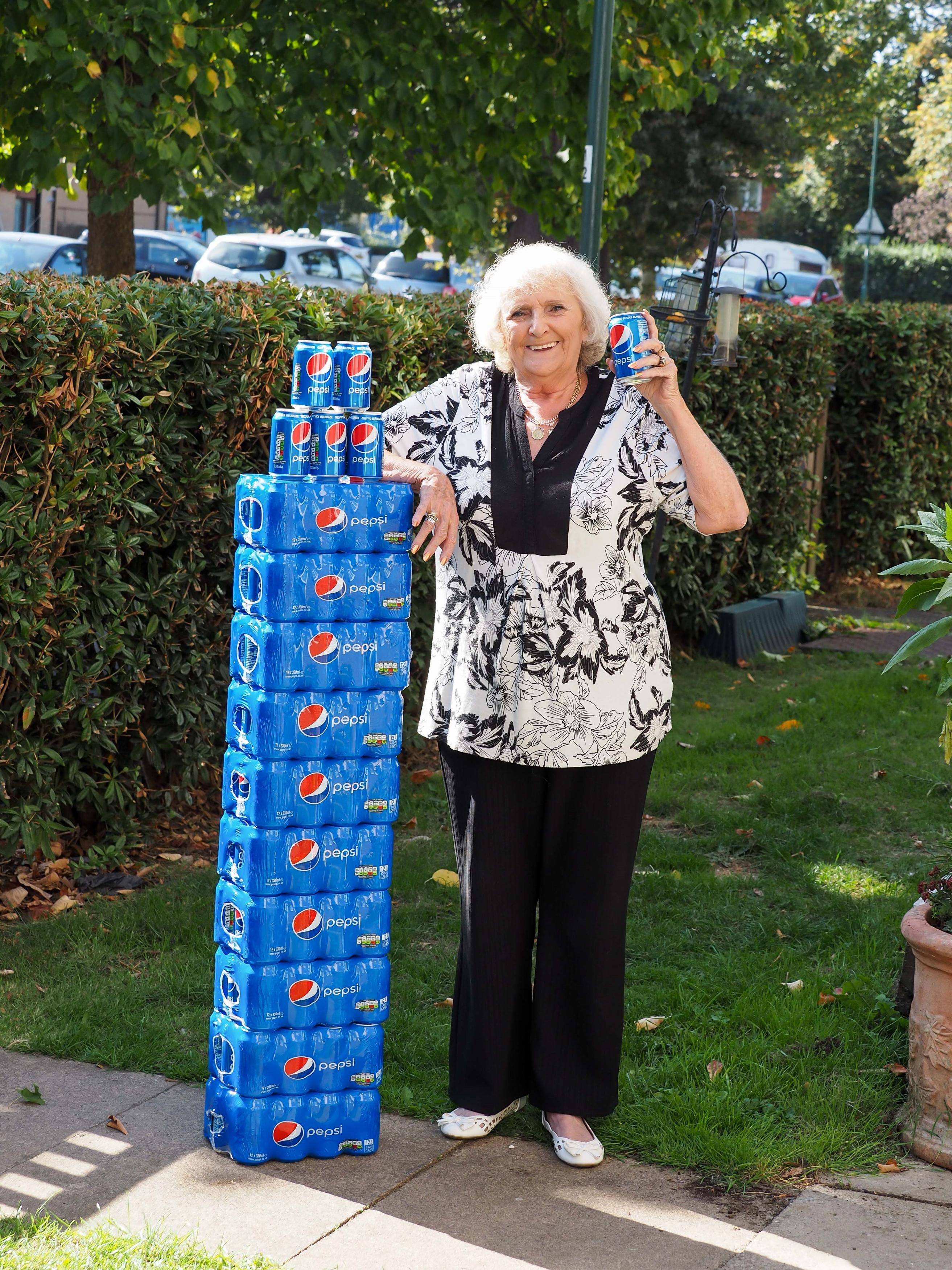 “I don’t think Pepsi has affected my health either. I have always been really, really slim until about five years ago but I think that’s because I don’t do much now. I am not as active as I was.”

Jackie was never interested in the glasses of water or bottles of milk her mum tried to give her, and found the smell of tea and coffee “revolting”.

She used to sip on lemonade but claims she never enjoyed the drink – until she tried her first Pepsi, which was served in glass bottles at the time.

Retired housekeeper Jackie said: “When you find something you know you really like, you have to have it. I never liked drinking very much when I was a kid.

"I have never drank water – no way even if I wasdying would I. Nor would I drink tea or coffee. I know it's hard to believe. 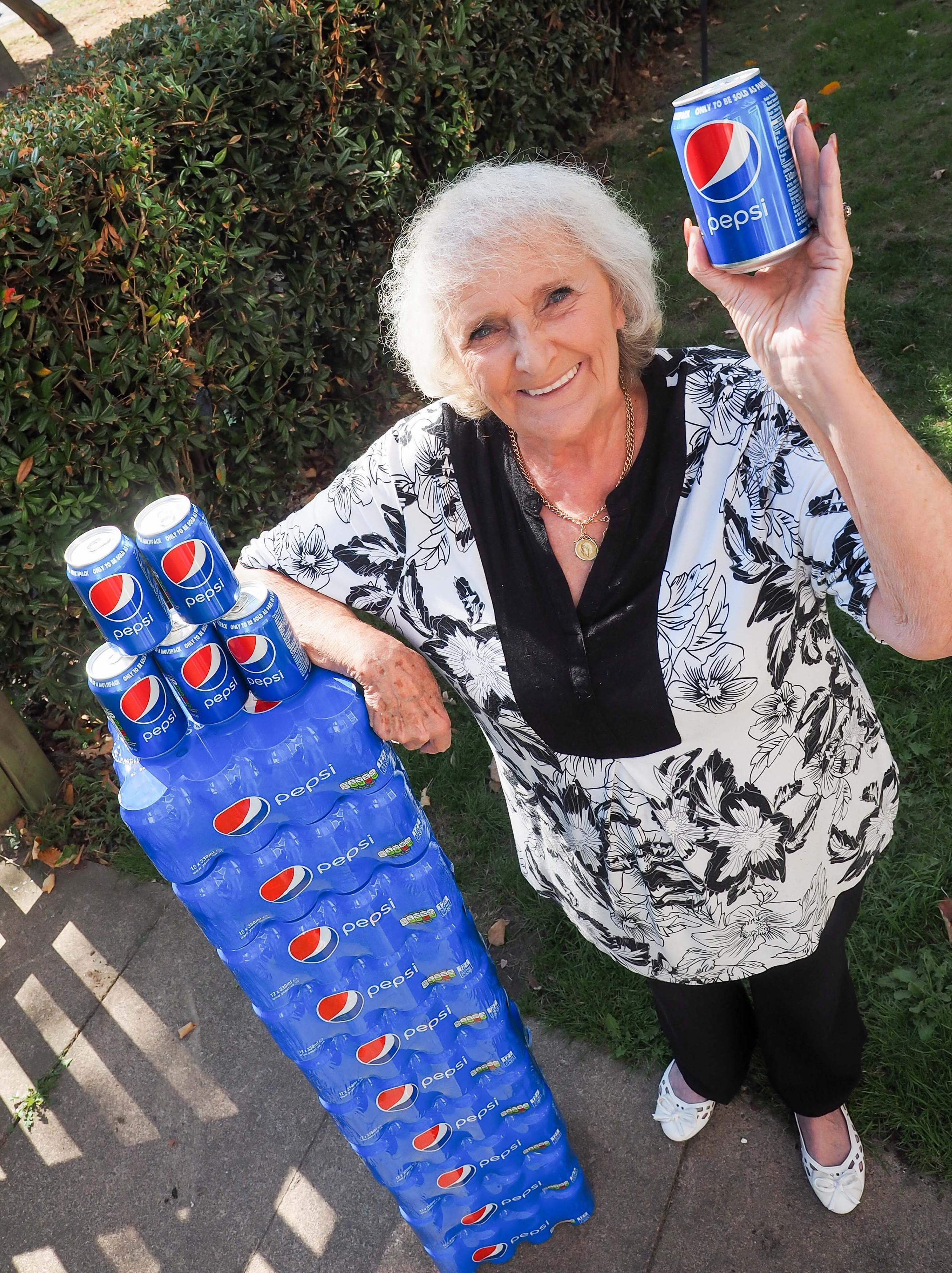 Jackie loves Pepsi so much that she went without drinking while she was in hospital giving birth to her four children because she wasn’t allowed to bring Pepsi into the ward.

But when she was in hospital in later life, the hospital stashed her cans of Pepsi in a fridge to make sure she didn’t get dehydrated.

Jackie said: “I’ve never gone off Pepsi. When I was in hospital in the 1960s during my four pregnancies they wouldn’t let me have it in with me so I had to go without.

“But I’ve been to hospital since for some major operations and I was allowed to have it there.”

“I wouldn’t ever kiss my mum because she always smelt of tea. I have never drunk anything else other than Pepsi.

“To be honest, I don’t know how I have lived so long.” 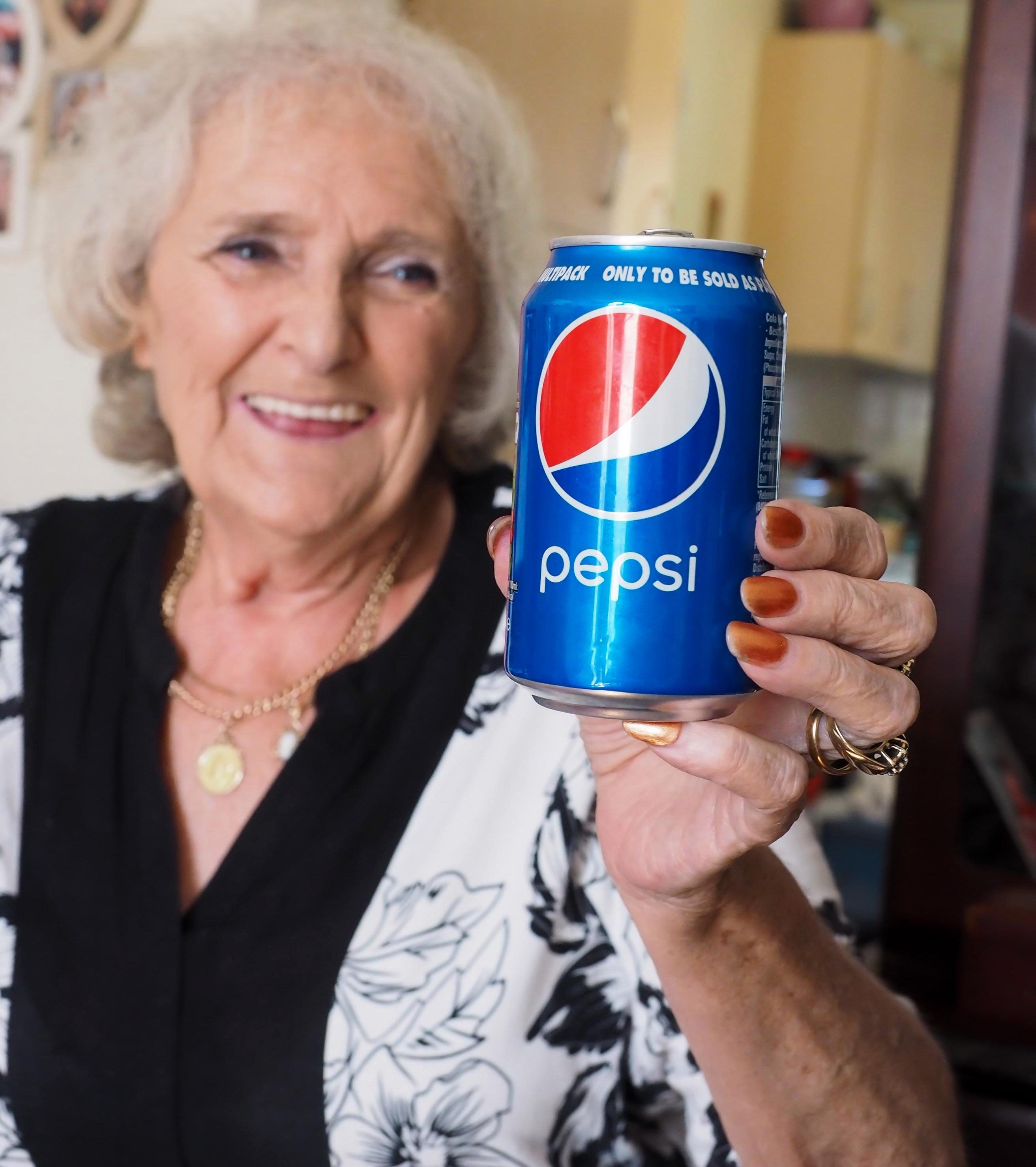 Luckily Jackie’s family are supportive of her drinking habits and make sure that she always has a plentiful supply of the cans to drink when she comes to stay.

“If a person became overweight they may also have high blood pressure which increases the risk of stroke.

“However, it depends on a person’s overall lifestyle as regular physical activity and eating a relatively healthy diet could counteract these factors.

“Drinking four cans of sugary drink on its own, while I wouldn’t recommend it, might not have a massive impact if the rest of the diet and the overall lifestyle is relatively healthy.

“But if it is combined with a sedentary lifestyle and a diet that is also high in fats and sugars and low in fibre and fruits and vegetables then it is likely to have quite a significant impact on that person.”
PepsiCo were contacted for comment.