This Oscar season kicks into a new gear Tuesday night with the prime-time return of the Golden Globes.

Hosted by comedian Jerrod Carmichael, the 80th Golden Globe Awards are back following a period of controversy fueled by representation struggles within the Hollywood Foreign Press Association.

The dark comedy “The Banshees of Inisherin” leads the field with eight nominations at the Globes, the first major party on the way to March 12’s Academy Awards. Oscar hopefuls including Cate Blanchett (“Tár”), Michelle Yeoh (“Everything Everywhere All at Once”), Austin Butler (“Elvis”), Brendan Fraser (“The Whale”) and Colin Farrell (“Banshees”) will be competing for top acting prizes.

‘The Fabelmans,’ ‘Everything Everywhere All at Once’ grapple to be Oscar frontrunners 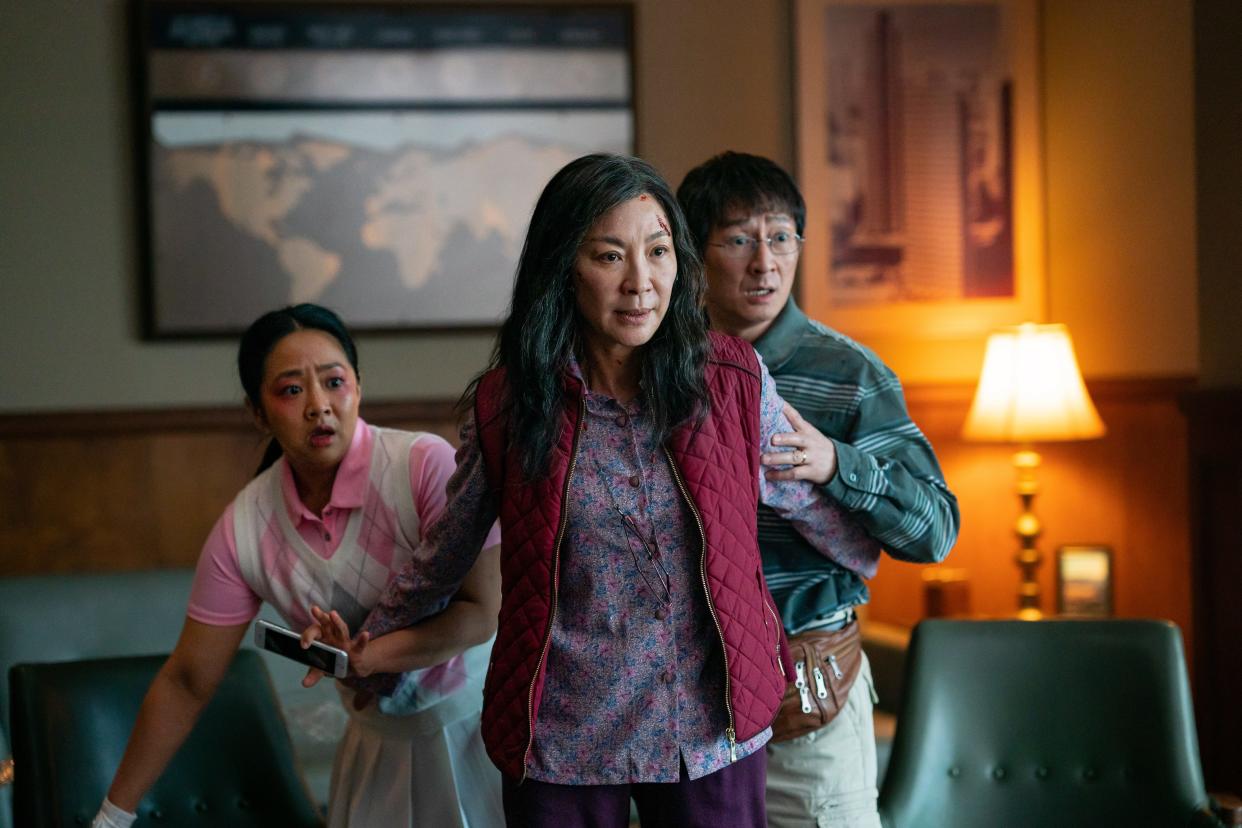 Here are the highlights from Globes night:

Jenna Ortega arrives to hand out some music honors. Original score goes to Justin Hurwitz for “Babylon,” his fourth win in the category. “I’m grateful that I had the opportunity at a young age that music was the thing for me,” Hurwitz says. “We need to spread the opportunity.” And the original song honor goes to “Naatu Naatu” for “RRR,” gaining a victory over the likes of Taylor Swift and Lady Gaga. Composer M.M. Keeravani thanks the HFPA for “this prestigious award” and also honors his director S.S. Rajamouli “for his vision and his constant trust in my work.”

Jennifer Coolidge hands out the award for supporting actor in a TV show to Williams. “The magnitude of the moment is not lost on me,” says the “Abbott Elementary” star. He thanks co-star/show creator Quinta Brunson with a “Yeah” and adds that he “hopes this is a win for (his character) Gregory Eddie and for stories like his that need to be told out here.” 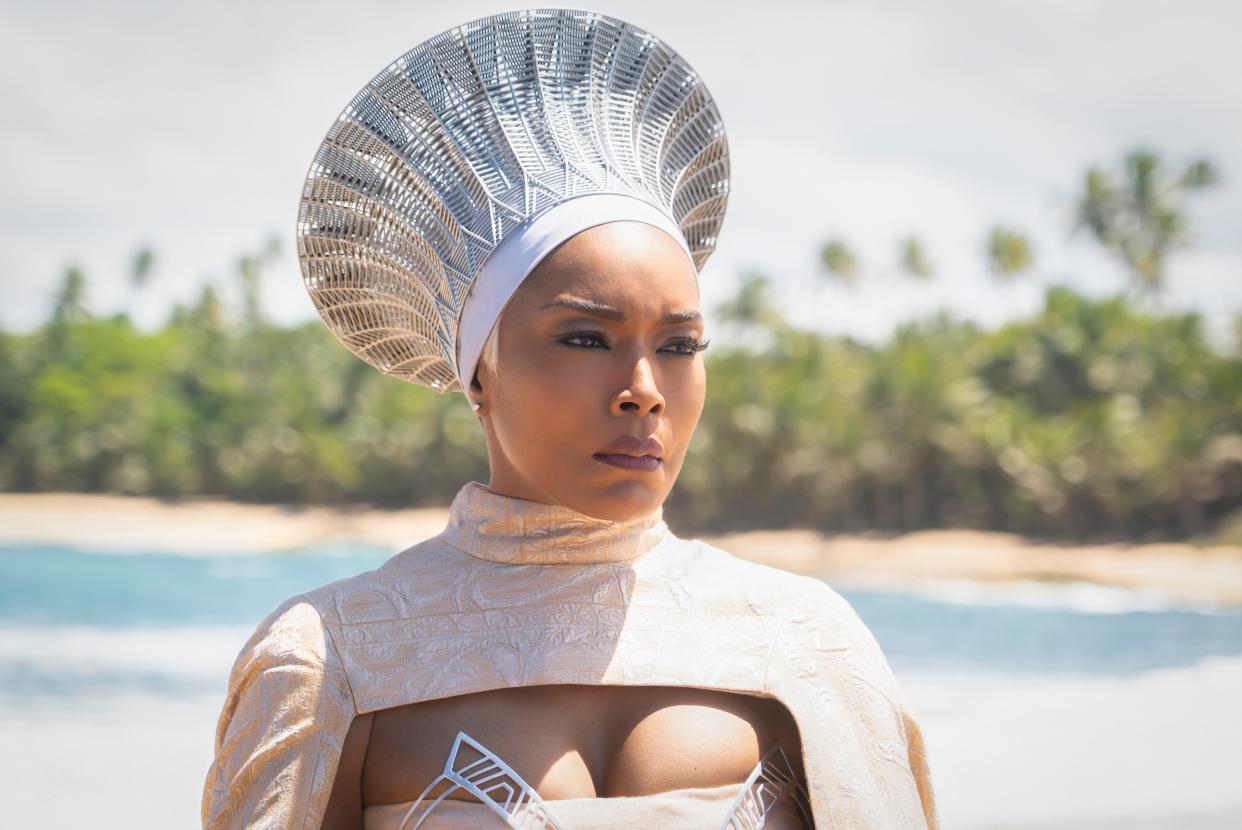 “I’m so nervous. My heart is beating,” Bassett says, remember winning a Globe for “What Love’s Got to Do with It.” She recalls a quote from Toni Morrison and thanks her fellow Marvel movie crew: “By the grace of God, I stand here grateful.” She also honored the late Chadwick Boseman and said this award “is a part of his legacy.” 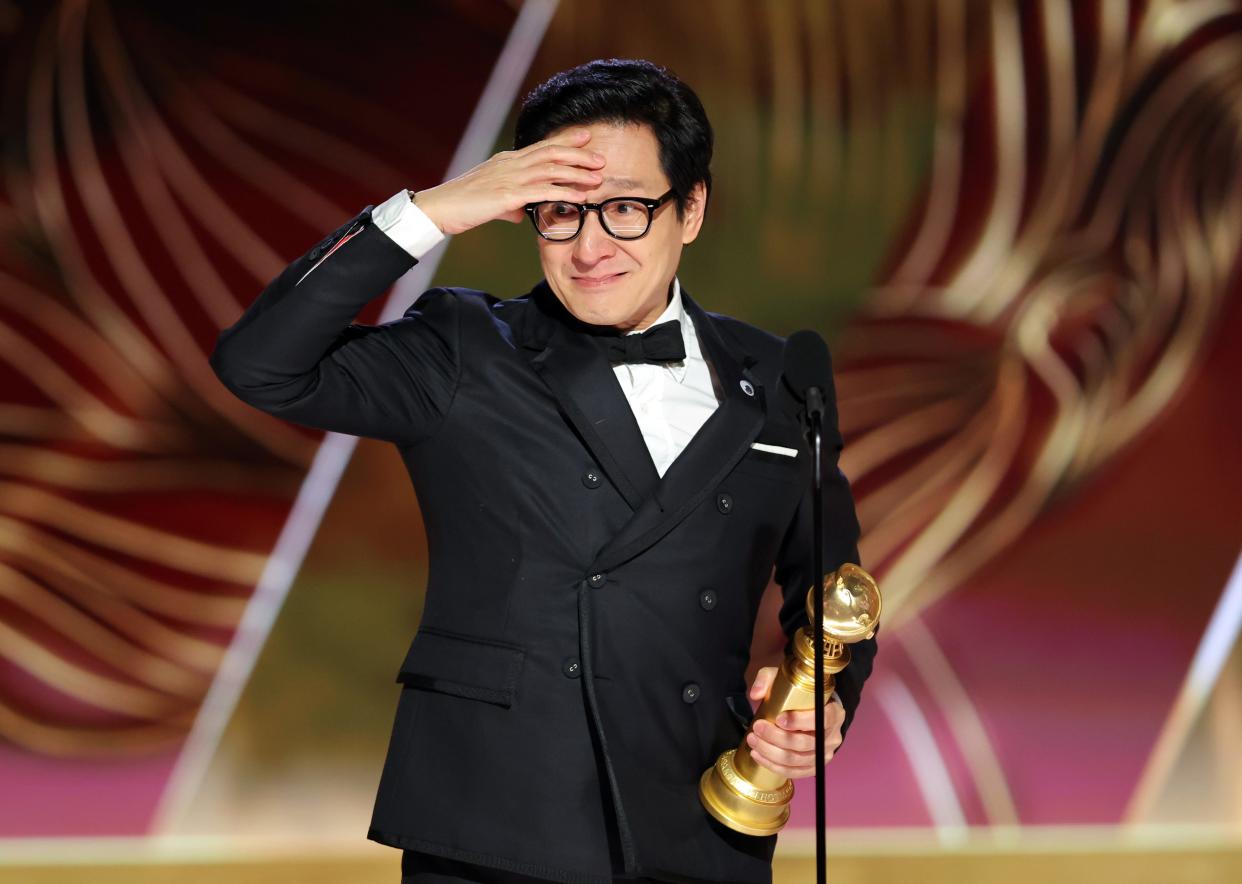 Jennifer Hudson comes out to give the first award of the night: Ke Huy Quan wins supporting actor for “Everything Everywhere All at Once.” “I was raised to never forget where I came from and who gave me my first opportunity,” he says, waving and thanking Steven Spielberg, who cast him as a kid in “Indiana Jones and the Temple of Doom.” For years, he says he thought he’d never achieved past what he did as a child. “Two guys remembered that kid and gave me a chance to do it again,” he tearfully says, honoring “Everything” directors Daniel Kwan and Daniel Scheinert.

Carmichael takes the stage as host and tells everyone to settle and be quiet. “I tell you why I’m here: I’m here because I’m Black,” the host jokes about the HFPA’s diversity issues. Carmichael cracks about being asking to host: “One minute you’re making mint tea at home. The next minute you’re invited to be the Black face of an embattled white organization. Life comes at you fast.” He asked his friend if he should do it and she asked how much it pays. When he said it was $500,000, her response was “Boy, if you don’t put on a good suit and take the white people money…” Did he think the HPFA has changed: “I took this job assuming that hadn’t changed at all. I hear they got six new Black members, congrats to them, sure. I’m here because of you, people I admire, people who are actual incredible artists.”

Farrell probably has the lead comedy actor Globe sealed up, given his strong performance in “Banshees of Inisherin.” The drama actor race is a little more interesting: “Elvis” star Austin Butler could have the edge with his acclaimed portrayal of the King of Rock ‘n’ Roll over Fraser’s heartfelt portrayal in the more polarizing “Whale.”

Before the main event starts, we put together a list of who will and who should win Globes tonight. For example, Angela Bassett looks to rule the supporting actress category for “Black Panther: Wakanda Forever,” though Kerry Condon is pretty great as a concerned sibling in “Banshees of Inisherin.” Check out our picks and see how we do!

Those dreaming of a potential Oscar best actress faceoff between Blanchett and Yeoh will have to wait, but both could prevail in different Globe categories. Blanchett is in the best drama actress field with Michelle Williams (“The Fabelmans”), Viola Davis (“The Woman King”), Ana de Armas (“Blonde”) and Olivia Colman (“Empire of Light”). Meanwhile Yeoh guns for lead actress in a comedy/musical, a category featuring Margot Robbie (“Babylon”), Emma Thompson (“Good Luck to You, Leo Grande”), Lesley Manville (“Mrs. Harris Goes to Paris”) and Anya Taylor-Joy (“The Menu”)

Stars plot a Golden Globes return (but not Brendan Fraser)

Fraser, who’s nominated for best actor in a drama for “The Whale,” has stated he won’t attend the Globes after accusing former HFPA president Philip Berk of groping him at a 2003 luncheon. “Top Gun: Maverick” star Tom Cruise might also be a no-show: He returned his Globe awards to the HFPA in 2021 following a Los Angeles Times investigation reporting the 87-member group had no Black members.

So who is showing up? The slate of confirmed presenters include Ana de Armas, Jamie Lee Curtis, Tracy Morgan, Natasha Lyonne, Billy Porter, Quentin Tarantino and Michaela Jaé Rodriguez, the first transgender actor to win a Globe (in 2022 for “Pose”).

Fashionistas will want to check out the Globes red carpet

Before the main event, E! will kick off “Live From E!: Golden Globe Awards,” hosted by Laverne Cox and Loni Love, at 6 EST/3 PST with celebrity interviews and more from the red carpet at the Beverly Hilton hotel in Beverly Hills. In addition, an official Globes pre-show streams at 6:30 p.m. EST at goldenglobes.com.

Read more about the top nominees