Girl, 16, and her two cousins are killed in Russian house fire sparked by electrical fault she appeared to predict on social media by writing: ‘What is left of us – only the black, black ash’ 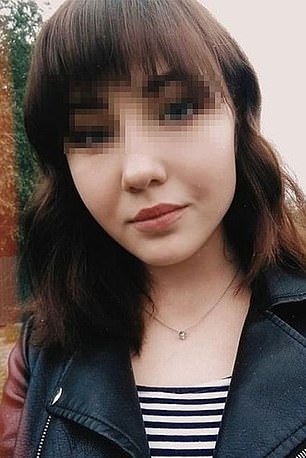 Victim: Tatiana, 16, and her two cousins were killed in a house fire in a Russian village

A teenage girl and two younger cousins died in a house fire in Russia which she appeared to predict on social media.

The 16-year-old, Tatiana, burned to death in the village of Tselinnoye in Siberia when the wooden house caught fire after an electrical fault.

Her cousins Olesya, six, and Yegor, four, were also killed.

The status said: ‘What is left of us – only the black black ash.’

Reports in Russia say the fire broke out at night soon after the girl went offline and fell asleep.

Her grandmother Nadezhda Sentsova, 63, was sleeping in another room but did not wake up when the fire broke out.

Only when the house was engulfed in flames did Nadezhda’s son, Sergey Glinkin, wake up.

Glinkin, who was living next door, broke in through the window and managed to pull his mother to safety but was unable to save his nephews.

He told to local media: ‘I dragged my mother out of the house then tried to save the kids. 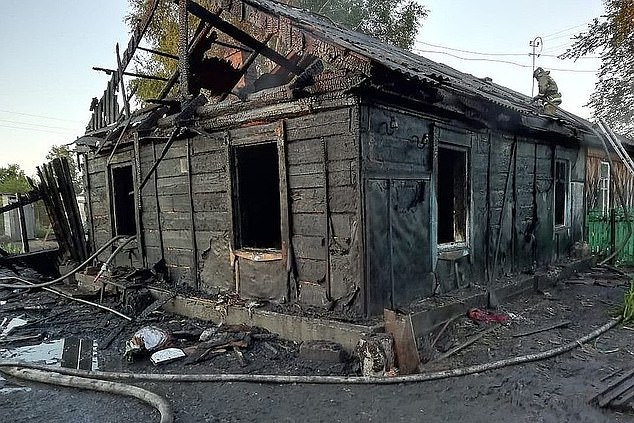 Wreckage: The burned remains of the house where the three children died in Siberia after what police believe was an electrical short circuit

Mysterious: Tatiana made this social media post shortly before she died in which she said: ‘What is left of us – only the black, black ash’

‘I returned inside but the smoke was so hot that I could not breathe. I jumped outside and tried to put out the fire with water.’

Firefighters arrived on the scene three minutes after being called by neighbours. After putting out the fire they found the victims’ burned bodies inside.

The grandmother suffered 35 per cent burns and was taken to an intensive care unit where her condition is serious but stable,  doctors say. .

Police say a short circuit in an old electrical wire caused the blaze, which lasted for 50 minutes.

According to neighbours, Tatiana was an orphan and lived with her grandmother Nadezhda.

Olesya and Yegor’s mother was at work when the blaze started. She ran to the scene right after learning about the fire.