Vulnerable girl, 15, vanishes after going to buy newspaper for her grandfather leaving her distraught mother ‘out of her mind’ with worry

A vulnerable 15-year-old girl has vanished after going to buy a newspaper for her grandfather, leaving her distraught mother ‘out of her mind’ with worry.

Francheska Humphreys was last seen at her Anfield, Liverpool, home where she lives with her mother Jasmine, and baby brother Michael on Sunday morning.

The teenager had agreed to go to the nearby shops to buy some newspapers for her granfather, and was given £6. But she didn’t return.

That was at about 10.30am and she has not been since. This is the first time Francheska has gone missing, and her concerned mother said her daughter was ‘vulnerable, naive and easily sucked into things’. 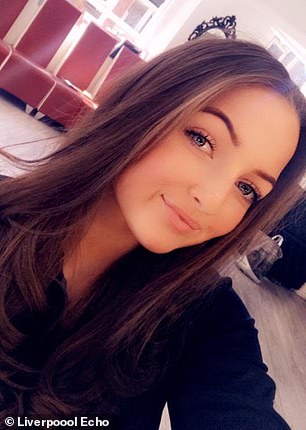 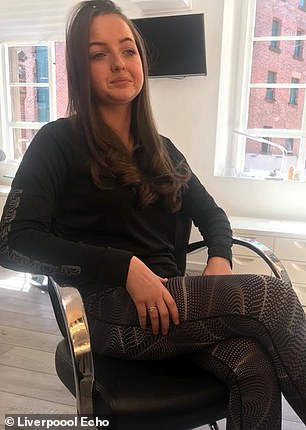 Francheska (pictured), who is a pupil at Everton Free School sports college, has connections to Kirkby, Bootle, Huyton and Ormskirk

Police were this weekend informed about her disappearance, and her friends have been out scouring the streets for her.

Francheska, who is a pupil at Everton Free School sports college, has connections to Kirkby, Bootle, Huyton and Ormskirk.

Mum Jasmine, who also has a 15-month-old son, said she got into a row with her daughter on Saturday about one of her friends.

The parent confiscated the teen’s mobile phone, and grounded her. But that evening she escaped and ran off, being found a short time later, still in the same neighbourhood.

Francheska had tried to walk to a friend’s house, but a friend of her mum got into a car and quickly found her.

Everything was resolved, and the 15-year-old appeared happy to run the errand for her grandad on Sunday morning, Mrs Humphreys said. She was also given extra money to buy a drink for herself.

Mrs Humphreys, 34, who said Francheska would ‘get in with the wrong crowd,’ said: ‘She’s a girly girl, into her make-up, clothes and shoes. She’s a lovely bubbly girl, who would do anything for anyone. She’s almost too nice.’

Francheska was due to meet her friends, possibly in Bootle, on Sunday afternoon before she vanished.

Mrs Humphreys added: ‘I’ve been really worried, not been sleeping, and can’t eat or relax.

‘I can’t go looking for her myself as I’ve got the baby. It’s heartbreaking, we don’t know what’s happened to her.’

Merseyside Police confirmed they had a missing person report about Francheska. Anyone who has seen her is asked to contact @MerPolCC on Twitter, call 101 or the charity Missing People on 116 000.