A mother who killed her five youngest children after seeing a picture of her ex-husband with a new woman has been jailed for life in Germany.

Christiane K, now 28, drugged daughters Melina, one, Leonie, two, and Sophie, three, along with sons Timo, six, and Luca, eight, in September last year before suffocating or drowning them in the bath and placing their bodies in their beds.

Her eldest son, 11-year-old Marcel, survived only because he was at school but told the court that his mother asked him to jump in front of a train with her when he arrived home. He refused, and was instead put on a train to his grandmother’s house.

Christiane then attempted to kill herself by jumping on to tracks in Dusseldorf, but survived and was arrested. On Thursday, a court in the city of Solingen jailed her for a minimum of 15 years while all-but ruling out the possibility of release after that. 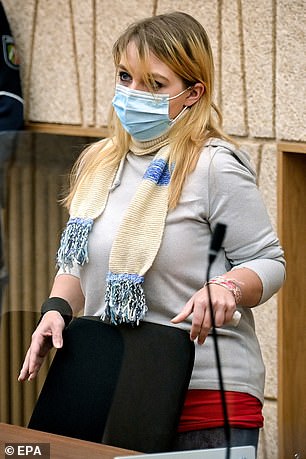 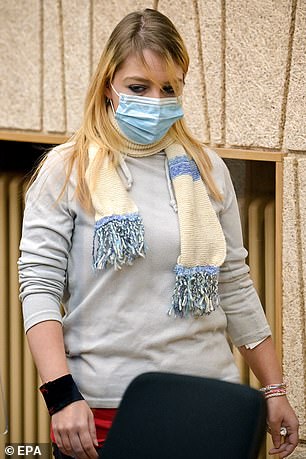 Christiane K, now 28, has been jailed for life with a minimum of 15 years in jail and little prospect of release after that after being found guilty of murdering five of her six children 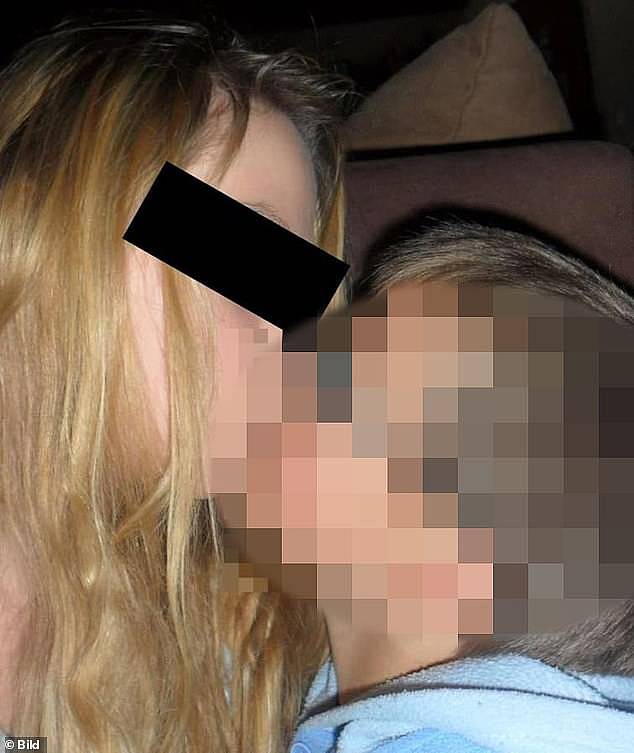 Christiane drugged and then smothered daughters Melina, one, Leonie, two, and Sophie, three, along with sons Timo, six, and Luca, eight, in September last year. Eldest son Marcel, 11 (pictured together), survived only because he was at school

Judge Jochen Kötter, who was overseeing the case, described it as a ‘tragedy’.

Prosecutors told the court how Christiane – who was only identified by her first name in line with German privacy law – had lived a ‘facade’ life with her third husband in which she played the role of the perfect mother.

She ‘had a longing for a healthy family and took refuge in the role of mother’, the court was told.

But, shortly before the murders took place, her husband had left her and the facade had crumbled.

Christiane was left alone with six children, four of whom were from her last marriage, and was ’emotionally overwhelmed’.

Prosecutors said the catalyst for the murders was a Facebook image that Christiane’s ex had uploaded on the morning of September 3 showing him with a new partner.

The court heard that Christiane then messaged him, telling him that he would never see his children again.

‘After the facade was removed, the children had no function,’ prosecutors said.

Christiane is then thought to have slipped a cocktail of drugs into the children’s breakfasts which sedated them enough that they could be easily killed.

She then suffocated or drowned the children in the bath, wrapped their bodies in towels, and placed them into their beds.

When her 11-year-old arrived home from school, she asked him to jump in front of a train with her then sent him to his grandmother’s house when he refused.

Along the way, he is thought to have texted with someone at his school telling them that his siblings were dead. 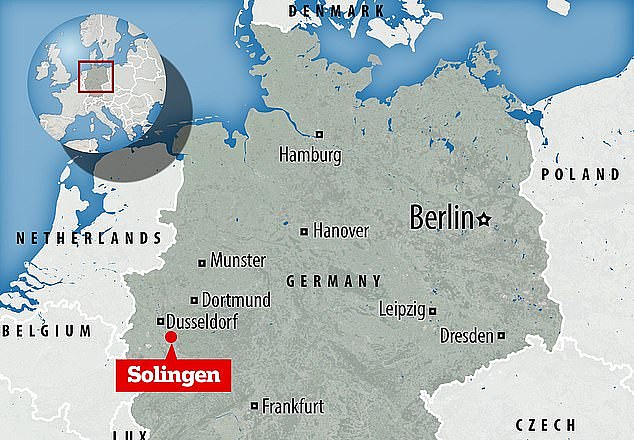 The murders took place in Solingen, a city close to Dusseldorf in western Germany, on September 3 last year

It was the boy’s grandmother who alerted police to the crime, saying she had learned of their fates directly from her daughter.

Officers then raced to the woman’s flat but arrived too late to resuscitate the kids.

Christiane made her way to Dusseldorf Central Station when she threw herself under a train, but survived with serious injuries.

Christiane claimed that a masked intruder had broken into the house, tied her up, and then killed the children, but was unable to provide any evidence of this.

Prosecutors had been asking for an acquittal, but the request was dismissed.

Psychiatric experts examined Christiane before trial, and found that she was fit to stand and be held criminally responsible.

The case garnered nationwide attention in Germany, where she was branded ‘Todesmutter’ or ‘Death mother’.