The Geelong West mother and her son who survived Monday’s helicopter crash in Queensland remain in intensive care as specialists hope to wake up the nine-year-old from an induced coma.

Winnie de Silva, 33, and her nine-year-old son Leon were in one of the two helicopters that collided midair on the Gold Coast about 2pm on Monday.

“Leon’s the worst at the moment. He’s in an induced coma because of head trauma and trauma injuries to his brain,” stepdad Neil de Silva told Nine’s Today show on Tuesday morning.

He added that his wife was “slightly improving”. Yesterday she had surgery for a major leg break and had the remnants of aviation fuel cleaned off her.

“She was able to talk and feel better this morning. But our major concern is Leon and when they wake him today.” 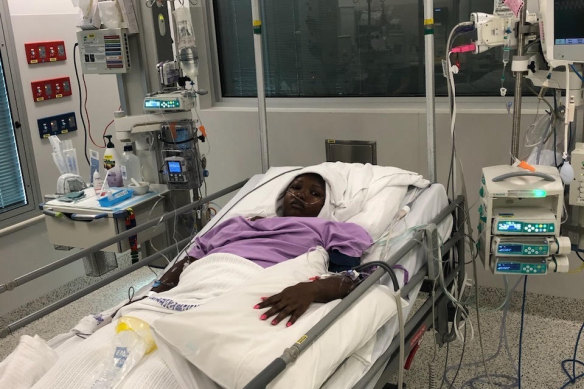 Winnie de Silva who, along with her son Leon, was a victim of the mid-air crash of two helicopters on the Gold Coast that killed four people and left several others injured.

De Silva’s sister is flying to Brisbane to be with the nine-year-old given Winnie is hospitalised on the Gold Coast.

“We’ll find a way to get us, particularly Winnie, to talk to Leon when he can [communicate].”

The family is expected to stay in Queensland while the pair recover. Yesterday, de Silva launched an online fundraiser to help with costs.

“Thankfully, they are both alive but have a lot of surgery ahead of them, which means the family will need to stay here on the Gold Coast and I won’t be able to return to work,” he wrote.

As of Wednesday morning, the fundraiser had garnered more than $24,000 in donations. 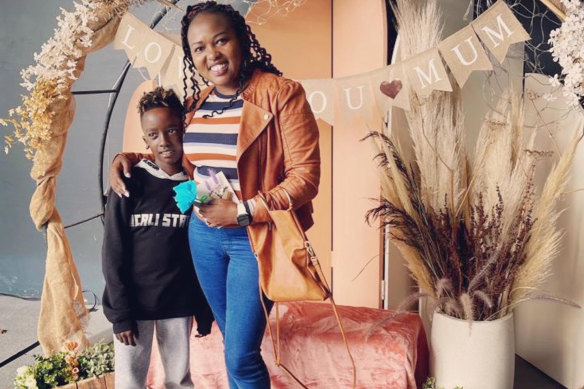 In a phone interview on Tuesday, de Silva said the family was on the Gold Coast for a “short holiday” from Geelong when the crash took place. They had been talking about seeing the dolphins at Sea World since Leon arrived in Australia a year ago.

Winnie, a social worker, is in a serious condition at Gold Coast University Hospital, and Leon is in an induced coma at Queensland Children’s Hospital in Brisbane.

“The left side of his body is not responding as it should at this stage,” de Silva told this masthead.

Tributes have been pouring in for the four people who died in the helicopter crash. Sea World chief helicopter pilot Ashley Jenkinson, 40, has been described as a “legend” and a “true gentleman”.

Two of the passengers who died in the helicopter piloted by Jenkinson – a 57-year-old woman and a 65-year-old man – were British nationals.

The other victim was a 36-year-old woman from Glenmore Park in Sydney’s west. Her ten-year-old son remains on life support.

The other helicopter involved in the crash, which landed safely, was flown by a 52-year-old pilot.

Five of them suffered minor injuries.