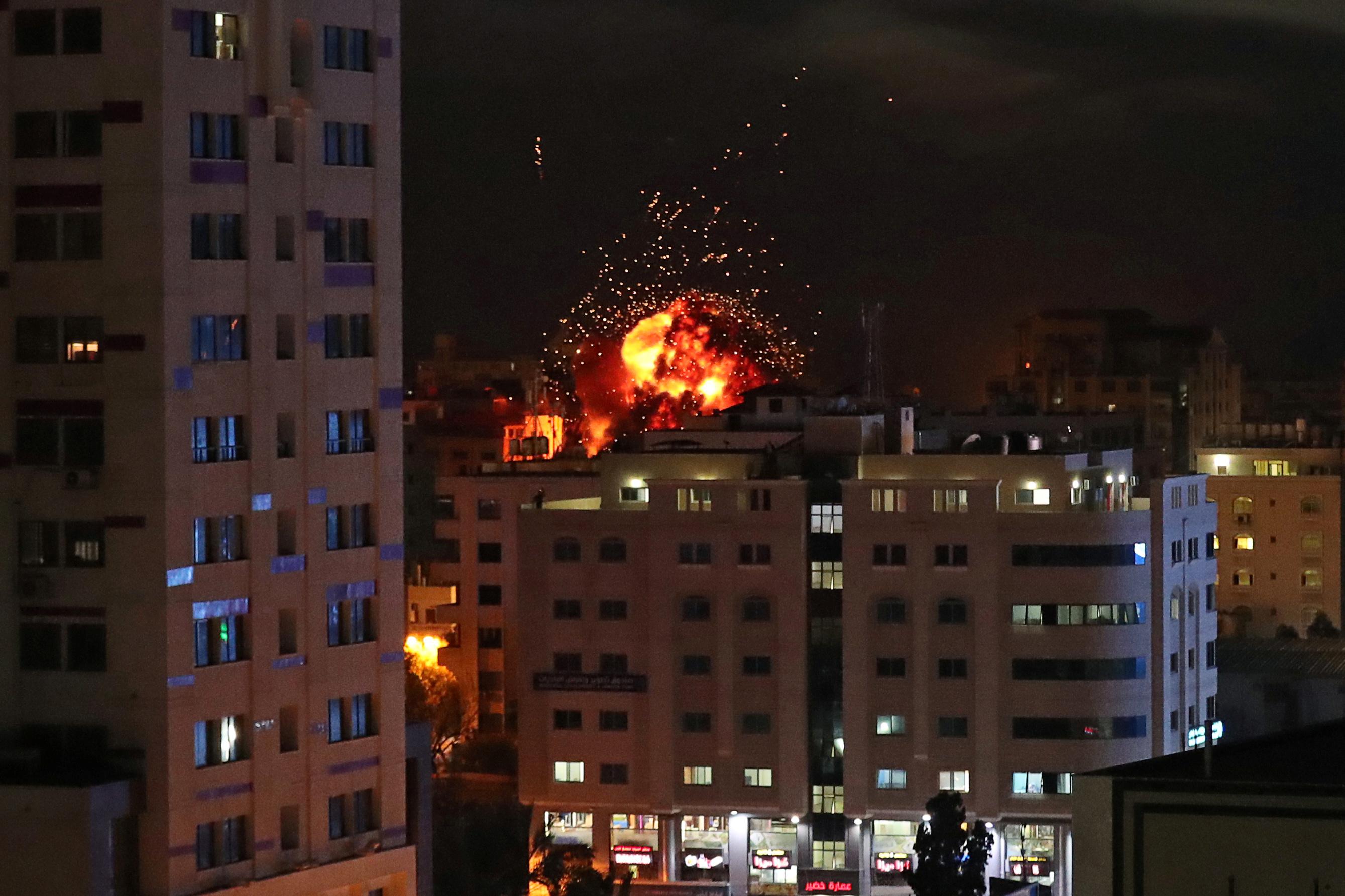 Cross-border hostilities which broke out on Friday flared into a second day, with Palestinians fleeing Israeli strikes in Gaza and air-raid sirens sending Israelis running to shelters as interceptor missiles blew up rockets in the sky.

The escalation, which comes just ahead of both the Muslim holy month of Ramadan and Israel’s Independence Day holiday, prompted Israeli Prime Minister Benjamin Netanyahu to convene security chiefs.

The latest round of violence began on Friday when a Palestinian Islamic Jihad sniper fired at Israeli troops, wounding two soldiers, according to the Israeli military.

Israel retaliated with an air strike that killed two militants from the armed Islamist group Hamas, which controls Gaza. Two other Palestinians protesting near the frontier were killed by Israeli forces on the same day, Palestinian officials said.

Hamas and Islamic Jihad began firing waves of rockets into Israel early on Saturday. The Israeli military said its tanks and aircraft responded with strikes against more than 120 militant targets belonging to both groups.

The Gaza Health Ministry said a 14-month old baby, her pregnant mother and another man were killed by Israeli strikes and at least 20 other Palestinians were wounded. Residents identified two of them as militants.

“The Israeli plane fired a missile near the house and the shrapnel entered the house and hit the poor baby,” said her aunt, Ibtessam Abu Arar.

The Israeli military Arabic spokesman, Avichay Adraee, questioned whether the baby was killed in an air strike.

“According to indications, the infant and her mother were killed as a result of Palestinian terrorist activities and not as a result of an Israeli raid,” he said on Twitter, without providing further details.

Witnesses said the Israeli military had warned people inside to evacuate the buildings before they were bombed. One of them also housed the office of the Turkish state-run Anadolu news agency. Ankara condemned the strike.

A small armed pro-Hamas group in Gaza, the Protectors of Al-Aqsa, said one of its men was killed in another air strike.

Israeli military spokesman Lieutenant-Colonel Jonathan Conricus said Israel was prepared to intensify its attacks. He added that Islamic Jihad was trying to destabilize the border and blamed Hamas for failing to rein it in.

Islamic Jihad said in a statement that the rocket barrages were a response to Friday’s events and that Israel has been delaying the implementation of previous understandings brokered by Cairo.

In a joint statement, Hamas and Islamic Jihad said: “Our response will be broader and more painful if the enemy pursues its aggression.”

Hamas said on Thursday that its Gaza chief, Yeyha Sinwar, had traveled to Cairo for talks on efforts to maintain calm along the border and alleviate hardship in the enclave.

“Egypt has stepped up its efforts with Hamas, the Islamic Jihad and Israel, but there is no conclusion yet,” said a Palestinian official familiar with Cairo’s mediation efforts.

The United Nations has also been part of the Cairo talks.

“The United Nations is working with Egypt and all sides to calm the situation,” said U.N. Middle East envoy Nickolay Mladenov. “This endless cycle of violence must end and efforts must accelerate to realize a political solution to the crisis in Gaza.”

Although aerial exchanges are frequent, Israel and Hamas have managed to avert all-out war for the past five years.

Israel is due to host the 2019 Eurovision song contest finals in less than two weeks in Tel Aviv, towards which long-range rockets were launched in mid-March.

Some 2 million Palestinians live in Gaza, whose economy has suffered years of blockades as well as recent foreign aid cuts. Unemployment stands at 52 percent, according to the World Bank, and poverty is rampant. 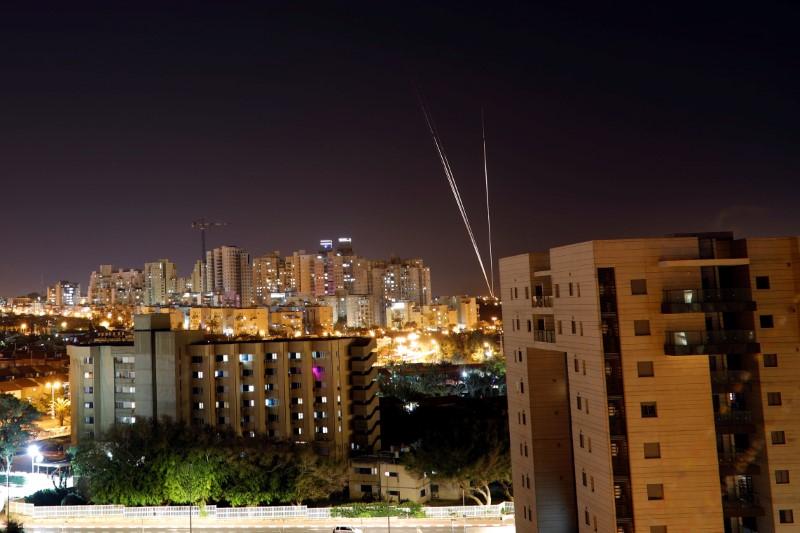 Israel says its blockade is necessary to stop weapons reaching Hamas, with which it has fought three wars since the group seized control of Gaza in 2007.

Over the past few weeks, Cairo’s mediation had helped persuade Israel to lift some restrictions on the movement of goods and people in and out of Gaza and expand the Mediterranean zone where Gazans can fish.

But Israel scaled back the fishing zone this week in response to rocket fire and shut the border crossings entirely on Saturday after barrages from Gaza.