Spain and Portugal will be the worst hit destinations, expert warns, as Gatwick Airport bosses prepare to cut 4,000 flights this summer

Holidaymakers heading to Spain or Portugal this summer are the most likely to face flight cancellations an expert has warned as Gatwick Airport announced plans to cut thousands of flights.

About 4,000 flights to various destinations will be cancelled with Spain and Portugal expected to be the worst hit.

This comes as Gatwick bosses was accused of ‘panicking’ holiday-goers yesterday after it made the shock announcement. 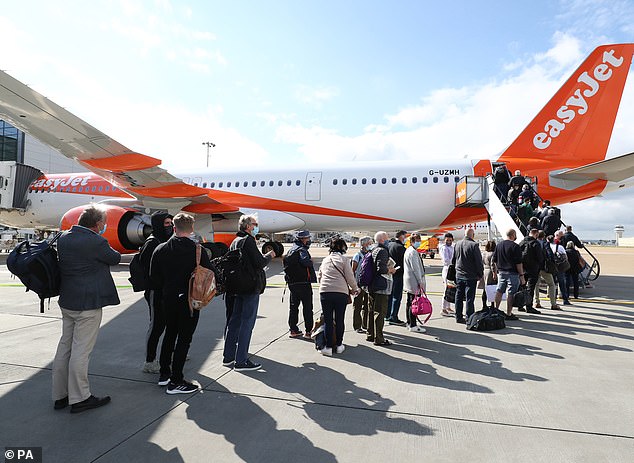 Gatwick Airport is expected to cancel up to 4,000 flights this summer because of staff shortages. Spain and Portugal will be among the worst hit

The airport said that because of staff shortages, schedules will be reduced allowing passengers to ‘experience a more reliable and better standard of service’.

The consumer watchdog Which? said the decision was ‘sensible’.

However, it criticised the airport for making the announcement before having agreed with airlines which flights would be cancelled.

Gatwick bosses are planning to limit its number of daily flights to 825 in July and 850 in August, compared with a reported 900 a day during the same time period in previous years.

Spain and Portugal will be most affected, experts fear – especially the Costa del Sol, Costa Blanca and the Algarve.

The Government is encouraging all airports to review the feasibility of their flight schedules.

But last night, other major airports such as Manchester and Stansted signalled they would not impose a cap. 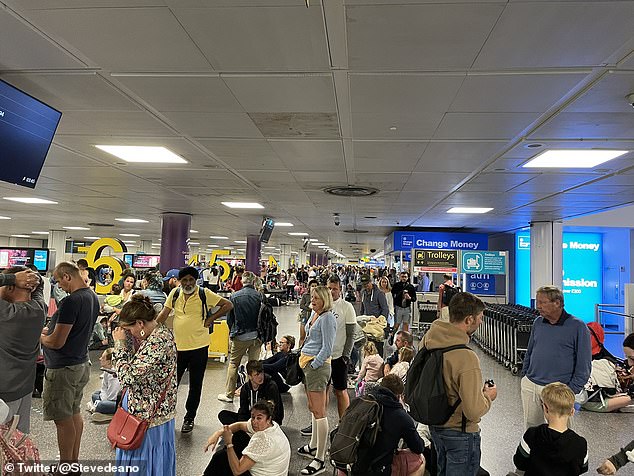 Schedules will be reduced as Gatwick bosses are planning to limit its number of daily flights to 825 in July and 850 in August. The consumer watchdog Which? criticised the airport for making the announcement before having agreed with airlines which flights would be cancelled

‘It’s very frustrating for consumers. The pressure is now on Gatwick and the airlines to cancel these flights urgently because airlines will be wanting to reduce the compensation.

‘If they give over two weeks’ notice, they don’t have to pay compensation.’ Gatwick boss Stewart Wingate said: ‘By taking decisive action now, we aim to help ground handlers and airlines better match their flying programmes with their resources. The majority of flights will operate as normal. Passengers can expect a more reliable service.’

EasyJet said it expected ‘to be able to re-accommodate the majority of customers’ whose flights are being affected.

BA and Wizz Air are also reported to have agreed to bring in the restrictions.

However, Ryanair said it ‘did not have plans’ to cancel Gatwick flights’ and said the airport ‘should be looking to the airlines who are already making mass cancellations across the UK for these cuts’.

Rory Boland, Which? travel editor, said: ‘This is the sensible thing to do.

‘But Gatwick has panicked customers because people flying over the summer are worried whether their flights will be cancelled.

‘It would have been more sensible to talk to the airlines first and make sure affected passengers know as well.’

A No 10 spokesman said: ‘We want everybody to be able to travel freely and easily, which is why we continue to encourage the industry to step up their recruitment so they can put on enough flights for families who are looking forward to well-deserved holidays after the pandemic.’