Gangland enforcer charged £6,000 to attack victims with acid and £10,000 to blind them after underworld crime boss ordered him to ‘pour a good litre on’ and ‘cook’ the target

A gangland enforcer charged £6,000 to attack victims with acid and £10,000 to blind them – as he took orders from a Mr Big who told him to ‘pour a good litre on’ and ‘cook’ the target via EncroChat messages.

Jonathan Gordon, 34, also shot up a man’s house and was involved in two other street shootings in Liverpool – one of which shattered an elderly couple’s bedroom window.

Gordon targeted his first victim on April 14, 2019 as he left his house in Milton Street, St Helens, to get a charger from his car. Gordon, who used the handle Valuedbridge on EncroChat, was waiting for him and threw a container of acid in his face.

The victim was temporarily blinded but regained his sight months later after medical treatment. During an identity parade, he picked out Gordon, who is from Kirkdale, Liverpool but of no fixed abode, as his attacker. 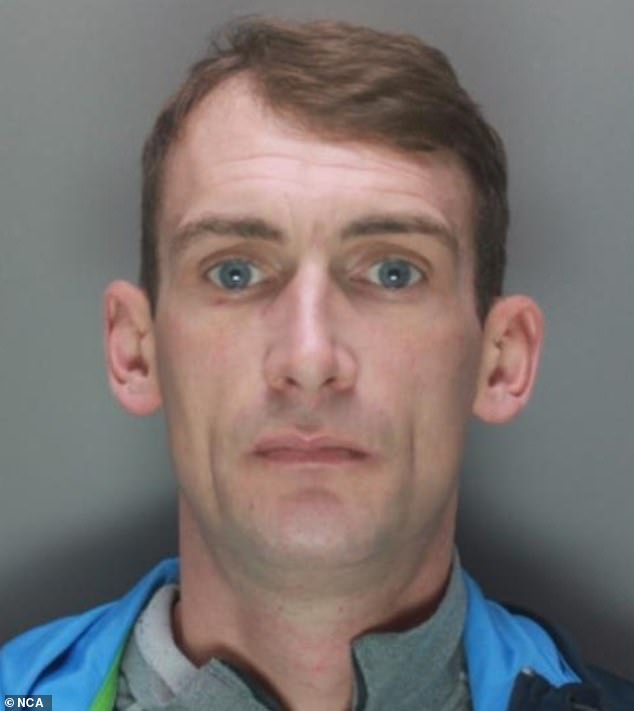 Jonathan Gordon, 34, was convicted yesterday for attacking a man with acid on the orders of a gangland boss

EncroChat was taken down in 2020 with international law enforcement able to access messages criminals had sent. The National Crime Agency launched Operation Venetic – UK law enforcement’s response to the takedown of EncroChat.

Previously encrypted messages showed Gordon, who was a member of the ‘Deli Mob’ in Liverpool and convicted drug dealer, was taking instructions from the unidentified crime boss.

The Blackpool attack was cancelled because it was planned to happen during the first lockdown when the roads were empty and the offenders were worried about police spotting their stolen car.

On April 6, 2020 Gordon and accomplices Dylan Johnston, 27, and Stephen Wissett, 28, drove a stolen Ford Fiesta to Birtles Road, Warrington, and planned to throw acid on a man who lived at the property.

Spotting the house had CCTV they abandoned the attack and decided to return the next day in disguise.

But the next day, April 7, while in Liverpool, the three offenders were approached by patrol officers. Gordon, Johnston and Wissett ran off but the car was seized and the attack prevented.

Forensic examination found Wissett’s DNA on a Lucozade bottle, the steering wheel and a pair of gloves. Johnston’s DNA was on another pair of gloves.

The crime boss was undeterred by the failed bid on April 7 and wanted Gordon to go back to Birtles Road and ‘double the dose’ and ‘cook’ the intended victim with acid.

EncroChat messages revealed that a grenade had previously been left in the front garden of the house in Birtles Road, Warrington, which was subsequently detonated in a controlled explosion on April 14.

As a result, the gang halted the planned acid attack because it was obvious law enforcement had become involved. But Gordon continued to discuss it, telling his boss: ‘He’s getting blinded, bro.’

EncroChat messages also showed Gordon had been involved in a street gunfight on January 24, 2020 with an unknown man.

Cell site evidence showed Gordon’s mobile phone was in Wilburn Street, Liverpool, around midnight, and Gordon also sent his boss a message saying he ‘let off a clip in the street’.

Officers who attended the scene found a kicked-open front door to a house with Gordon’s DNA on it and on the handle of the back door.

Messages also showed that Gordon was involved in another gun fight with an unknown attacker on May 25, 2020. At 11.45pm the man approached Gordon on an e-bike and they exchanged fire – a bullet from Gordon’s Grand Power handgun went through the bedroom window of an elderly couple’s house in Carisbrooke Road, Liverpool. 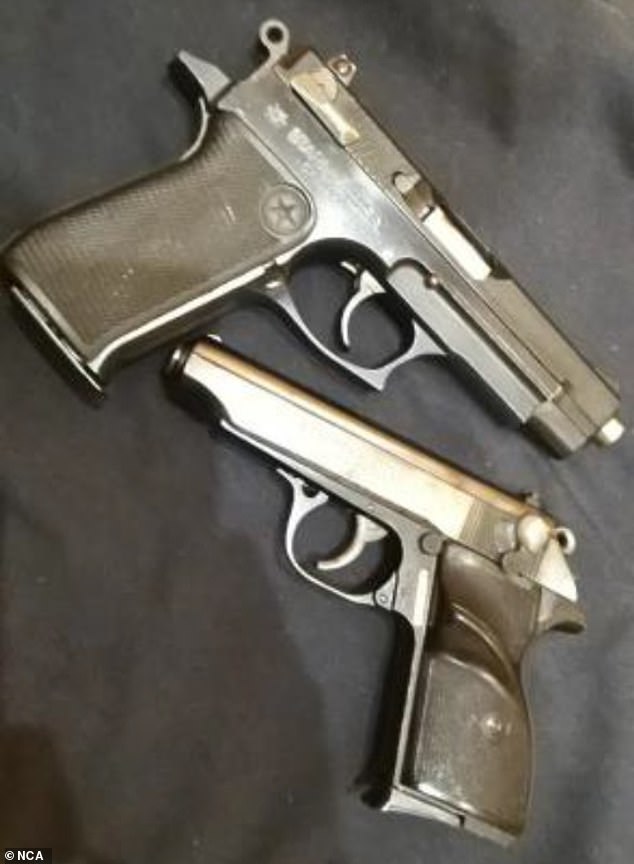 In the aftermath Gordon told his boss on EncroChat that he had lost his Grand Power – and sent him an image of a newspaper story about the shooting. His hand was visible in the picture and a fingerprint expert compared his palm with the palm in the photo and said both were Gordon’s.

Gordon was also involved in a plot to shoot up a property in Reaper Close, Warrington, on March 20, 2020.

He and accomplice Dylan Johnston, 27, organised a team to blast the windows of the house in a drive-by shooting. Phone records linked the two men calling each other in the minutes after the attack. Forensics proved the bullets came from the same gun involved in the Wilburn Street shooting.

Johnson was convicted of conspiracy to possess a firearm with intent to endanger life, and conspiracy to commit grievous bodily harm. 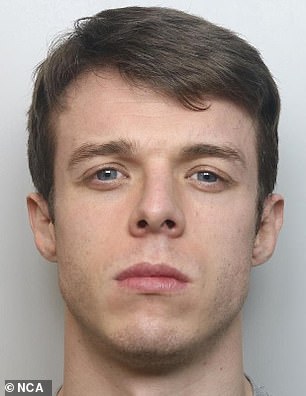 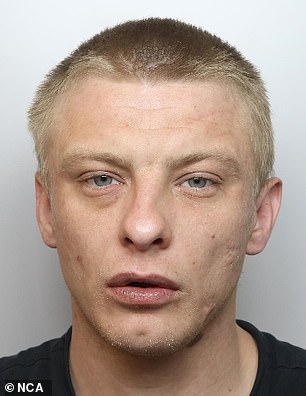 On April 6, 2020 Gordon and accomplices Dylan Johnston, 27, (left) and Stephen Wissett, 28, drove a stolen Ford Fiesta to Birtles Road, Warrington, and planned to throw acid on a man who lived at the property

Wissett, of Ellesmere Port, Cheshire, but no fixed abode, had already admitted conspiracy to commit GBH – he was part of the team planning to throw acid in a victim’s face.

The trio will return to court on 15 June to be sentenced. Judge David Aubrey said Gordon’s ruthlessness knew no bounds.

Ben Rutter, NCA Operations Manager, said: ‘I pay testimony to the victim in this case and thank him for his bravery and support in helping us bring Jonathan Gordon to justice.

‘The victim suffered life changing injuries and the physical and mental toll of his attack cannot be overstated.

‘Jonathan Gordon is an extremely dangerous offender. His actions were exceptionally wicked, he thought nothing of blinding victims for money.

‘He brought a really high level of harm to the streets as an enforcer for his organised crime group and it is lucky no one was killed in his chaotic and reckless use of firearms.

‘I commend investigating officers from the National Crime Agency, Merseyside Police and Cheshire Police. This was a long, complex investigation spanning a number of years and the officers worked tirelessly to ensure the evidence gathered left the jury in no doubt about Gordon’s guilt.’