WITH just one shoe on his dirty feet, a little boy clutches a toddler's hand as they wander past makeshift homes and rubble inside the 'world's worst' refugee camp.

The pair are among 9,000 migrants sheltered at the Moria camp on the Greek island of Lesbos, where women are being raped and children as young as 10 have tried to kill themselves. 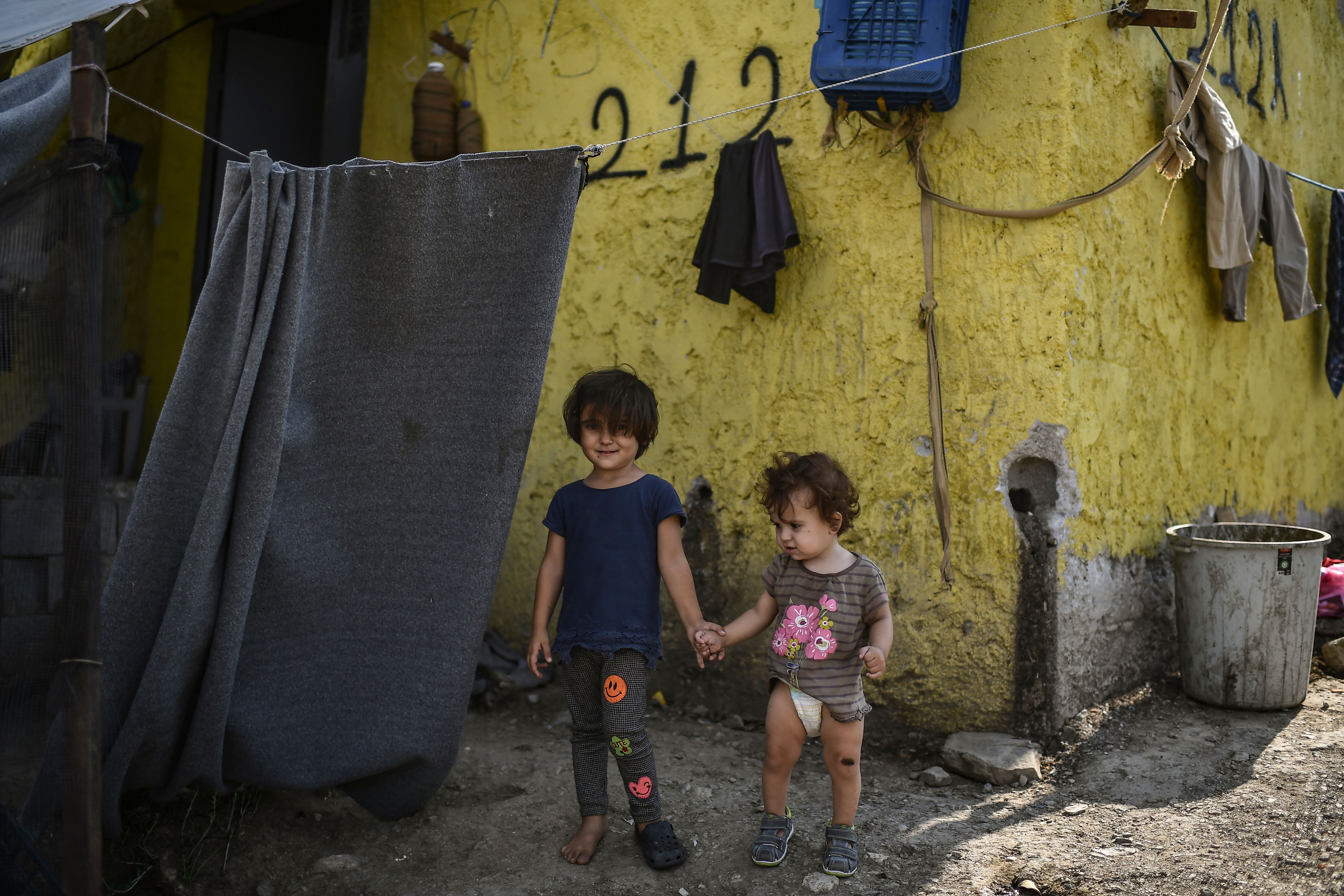 Game of Thrones star Lena Headey, who plays Cersei Lannister, recently visited the "hellish" site, where families are also forced to queue three times a day, for several hours at a time, for food.

She went there to support the work of the International Rescue Committee (IRC), which helps refugees who are battling mental health issues and suicidal thoughts during their "life in limbo".

Many of these people have fled war-torn countries like Syria, Iraq and Afghanistan – but end up spending months, or even years, in the camp as their asylum claims are processed in European countries.

However, some see them as the lucky ones. In the four years since the death of three-year-old Syrian boy Alan Kurdi – who was found washed-up on a Turkish beach in September 2015 – more than 10,000 refugees have drowned or gone missing while trying to cross the Mediterranean. 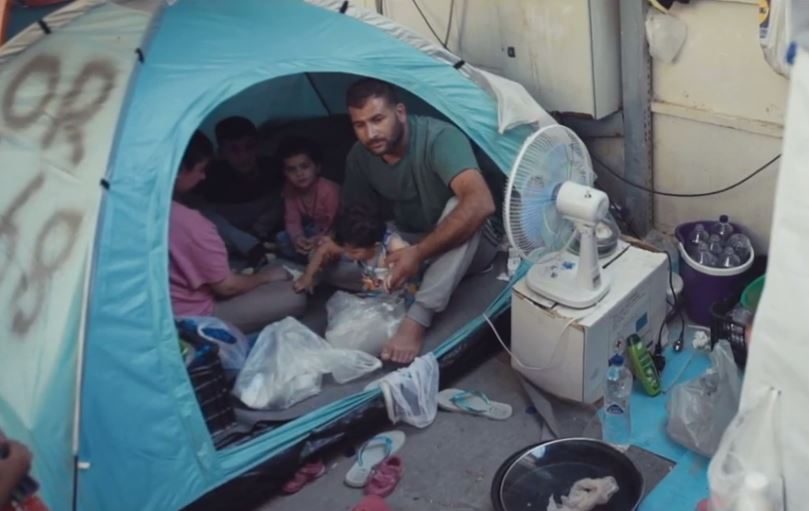 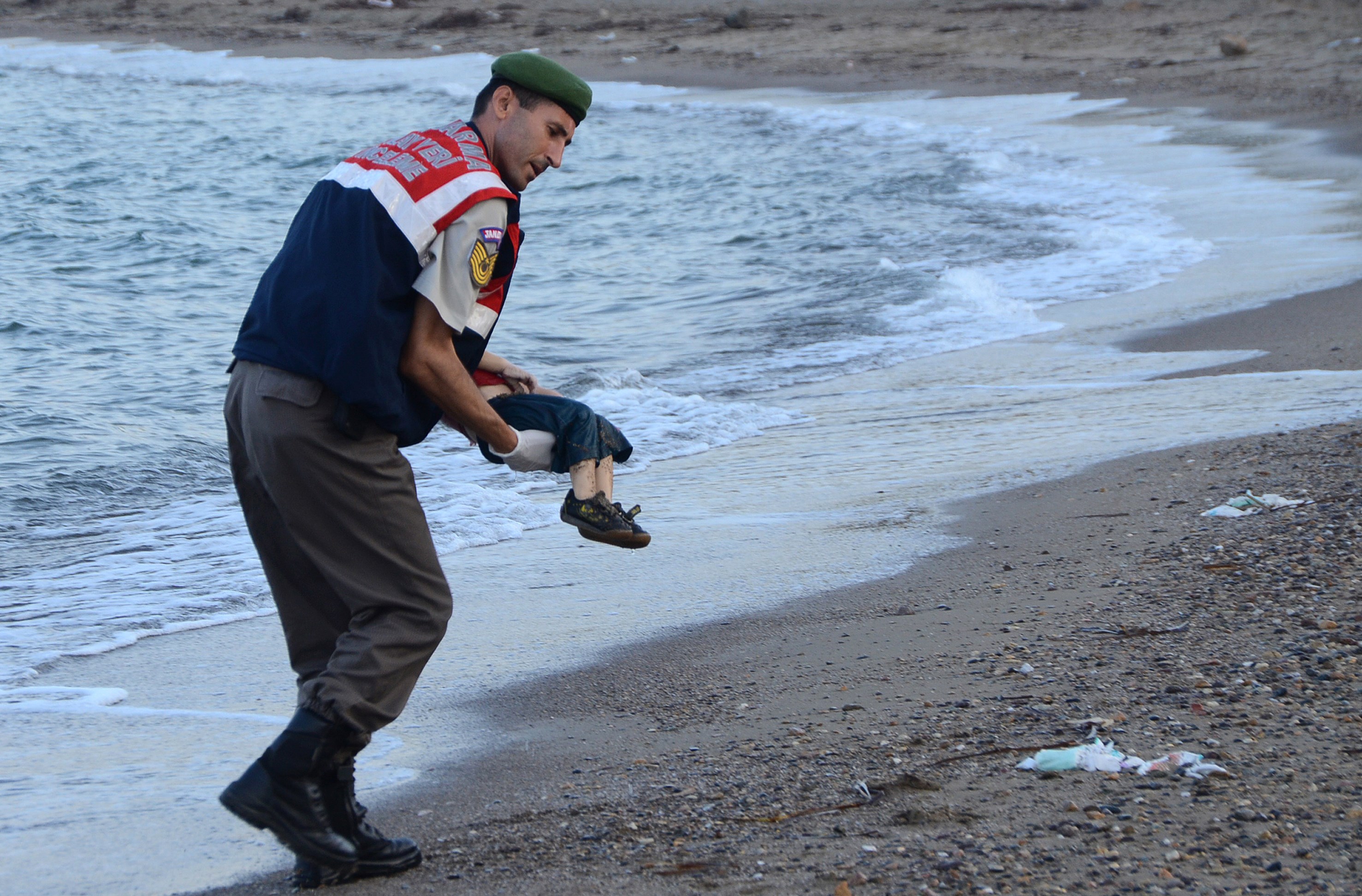 At Moria, Lena was "shocked" to find desperate families living in tents and packed into tiny rooms, bathroom facilities covered in faeces, and sex attacks taking place on men, women and children.

While some rape victims were having to live and sleep near their attackers, young children were being forced to scramble through barbed wire fencing every day just to get to school.

Lena's close pal, Larissa Murray, who accompanied the star to the camp, exclusively tells Sun Online that the conditions were so bad there was just one shower for every 78 migrants.

She says: "It was just awful, it was like a prison.

Three-hour queues just to get a croissant

"People had to line up for their food three times a day – getting a croissant can take up to three hours. There are no cooking facilities so people can't cook for themselves, even if they want to.

"There's no hot water  and a lack of electricity. It's hellish."

She adds: "A lot of the women have been raped or abused in their own countries and they're being placed in a camp with the perpetrators. There's a lot of rape in the camp." 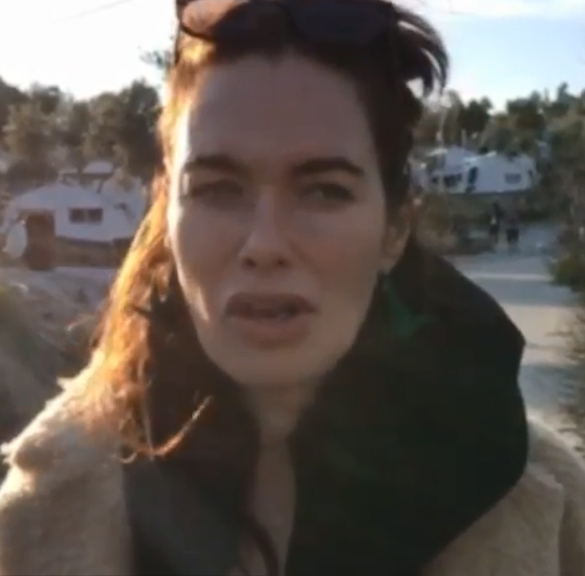 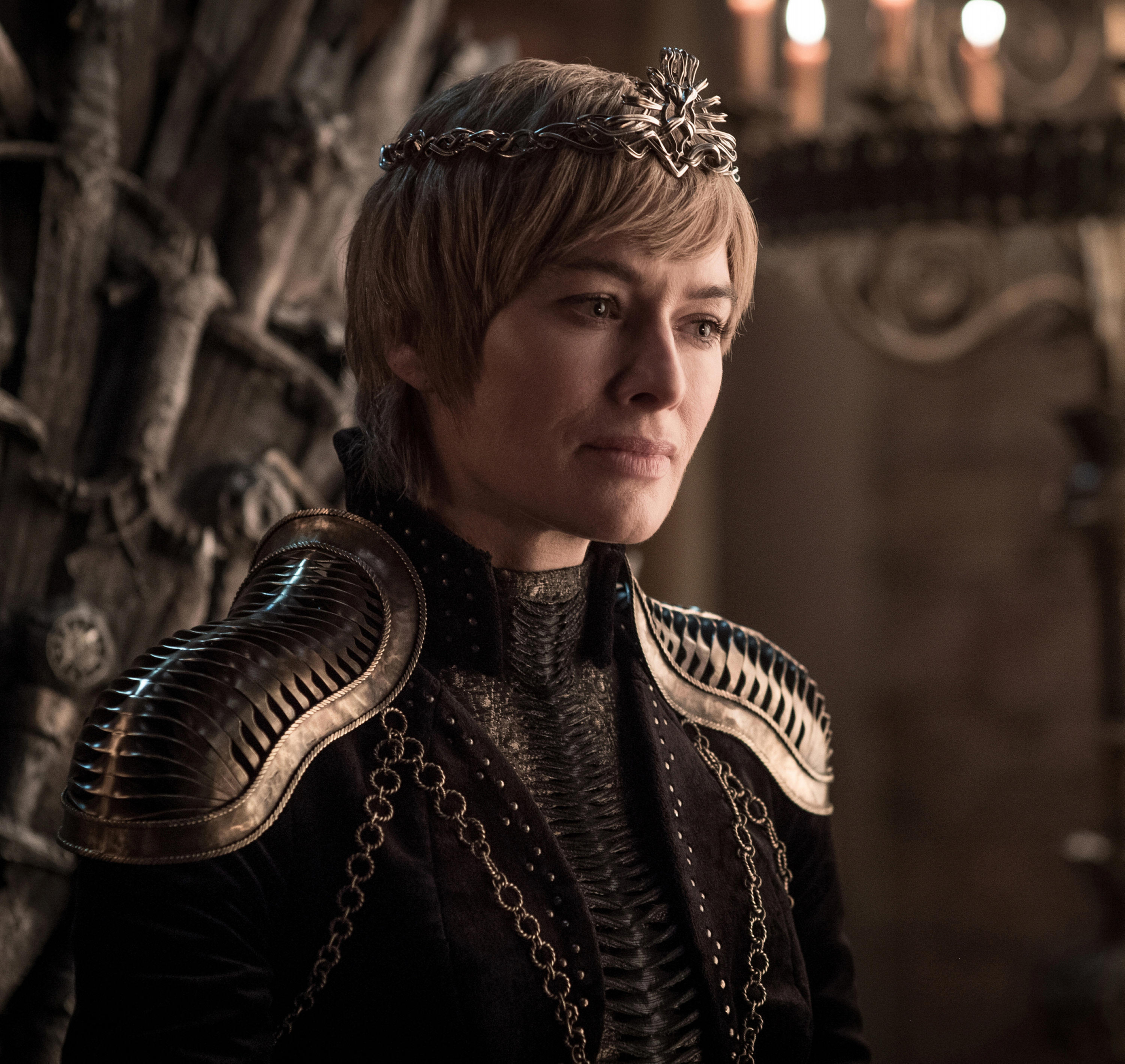 Makeshift settlements have also cropped up in the surrounding countryside.While those running the camp are doing the best they can with what funding they have, it's not surprising that fights – and stabbings – among migrants are a common occurrence.

Some people have even been knifed to death in the long food queues. 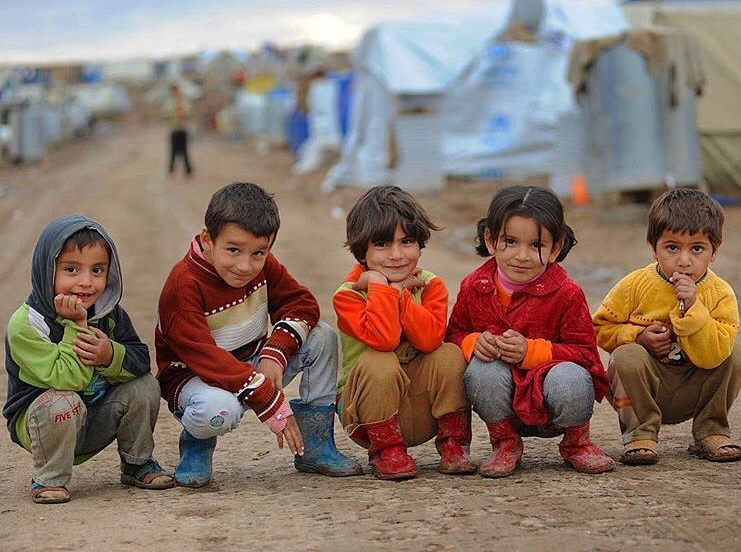 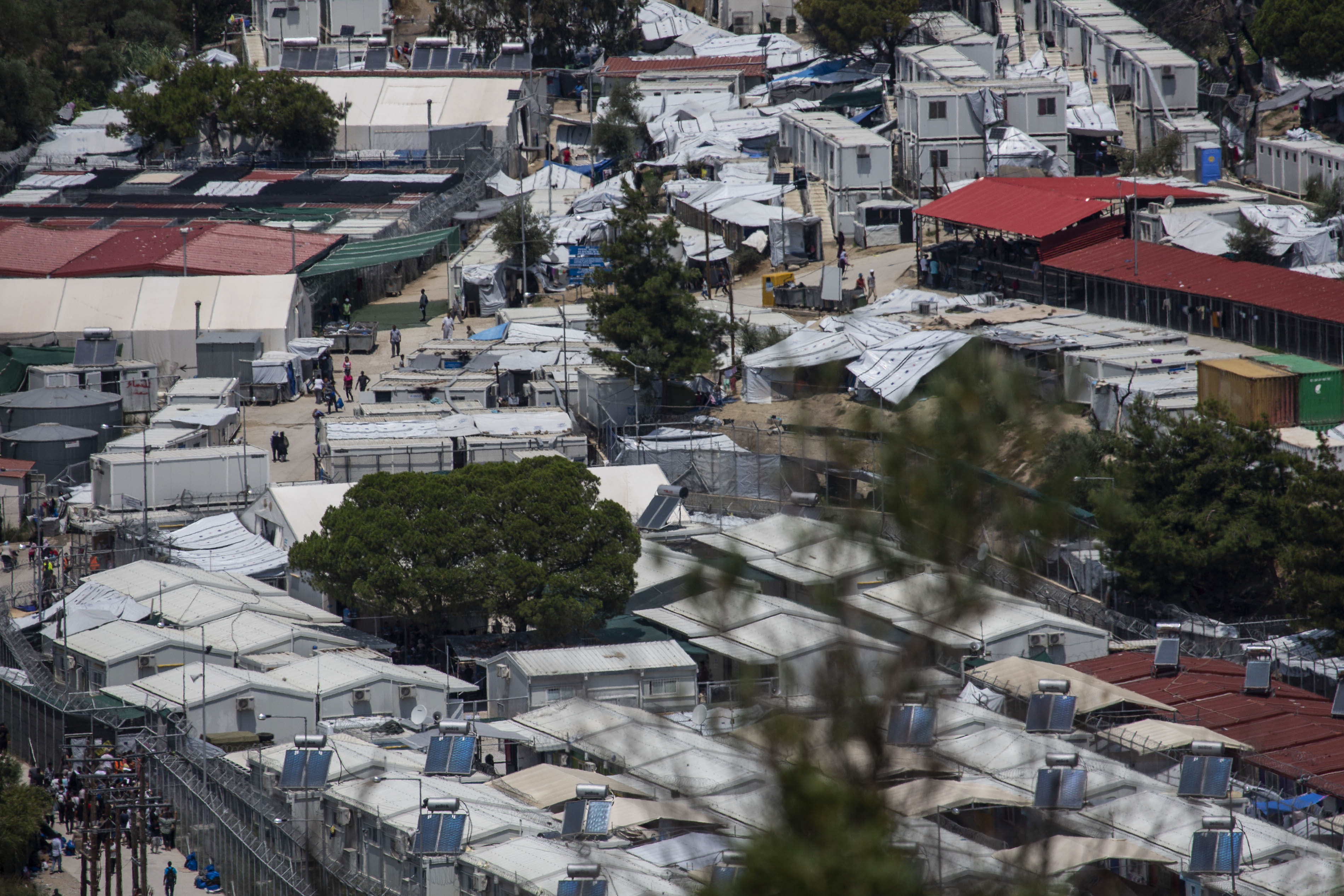 "One little girl had to make her way through barbed wire fence to go to school. She said, 'fights break out every day, it's almost worse than being in Syria'," Larissa says.

There is also a "massive" mental health crisis at the camp, with some children even trying to take their own lives – including a boy who attempted to hang himself from a pole. 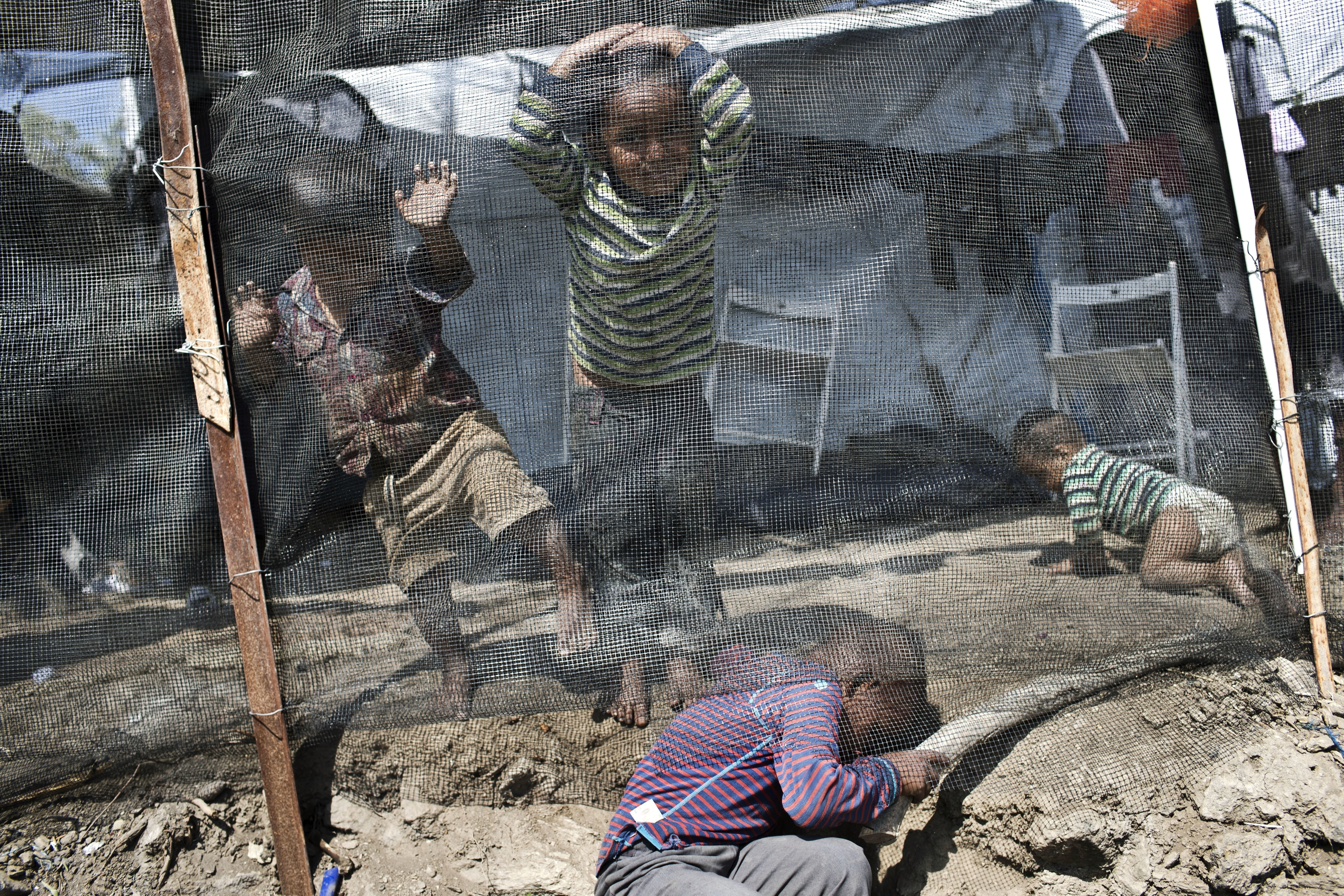 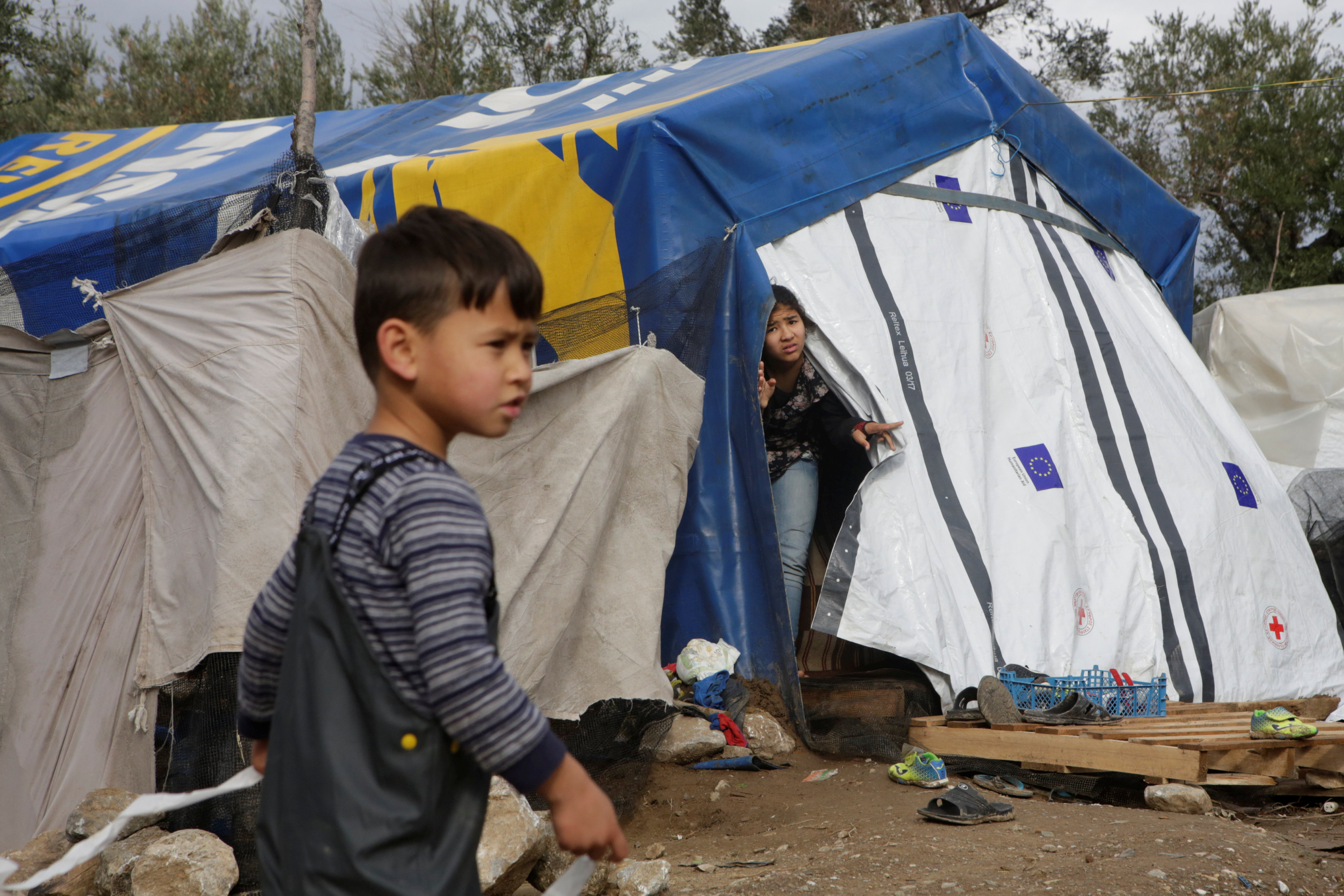 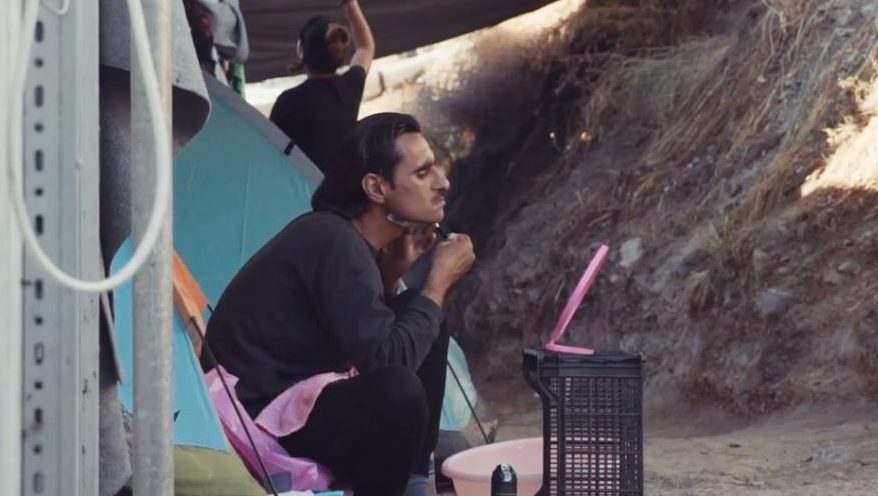 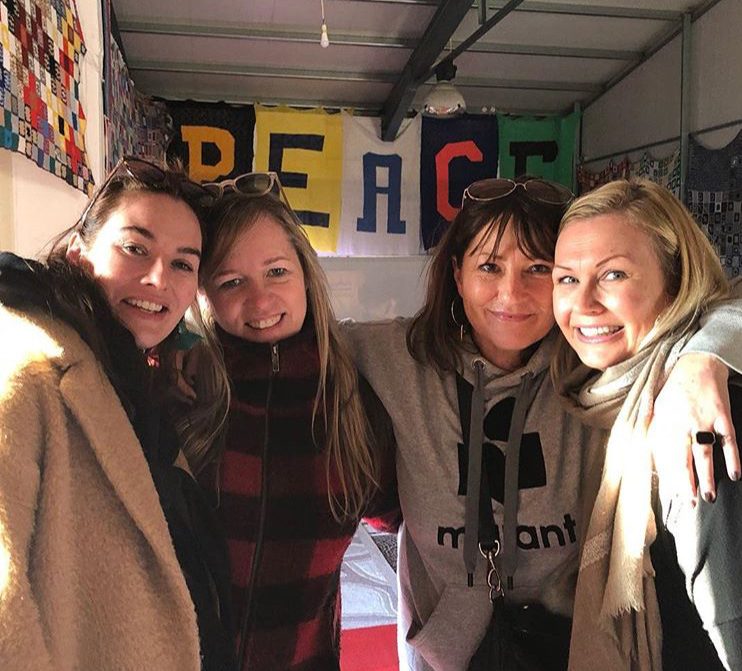 "Most are already traumatised by what they've experienced in their own countries," adds the 49-year-old, who lives in London.

Shockingly, six in 10 people that the IRC spoke to admitted they had considered killing themselves. And almost 30 per cent had attempted suicide – either on the island or before they arrived.

Larissa tells us Lena – who has two children of her own – spoke to youngsters during her March visit and was "completely shocked" by the conditions they were living in.

Some were housed in tiny rooms with nine other people. While Moria is considered unsafe for all migrants, girls can be at particular risk of sexual violence and abuse.

In an Instagram video during her trip, Lena, an IRC ambassador, described what she had come across as "overwhelming".

The actress said: "I've just come out of the Moria reception centre which is hugely overcrowded and inadequately equipped to take care of all these people humanely and safely. 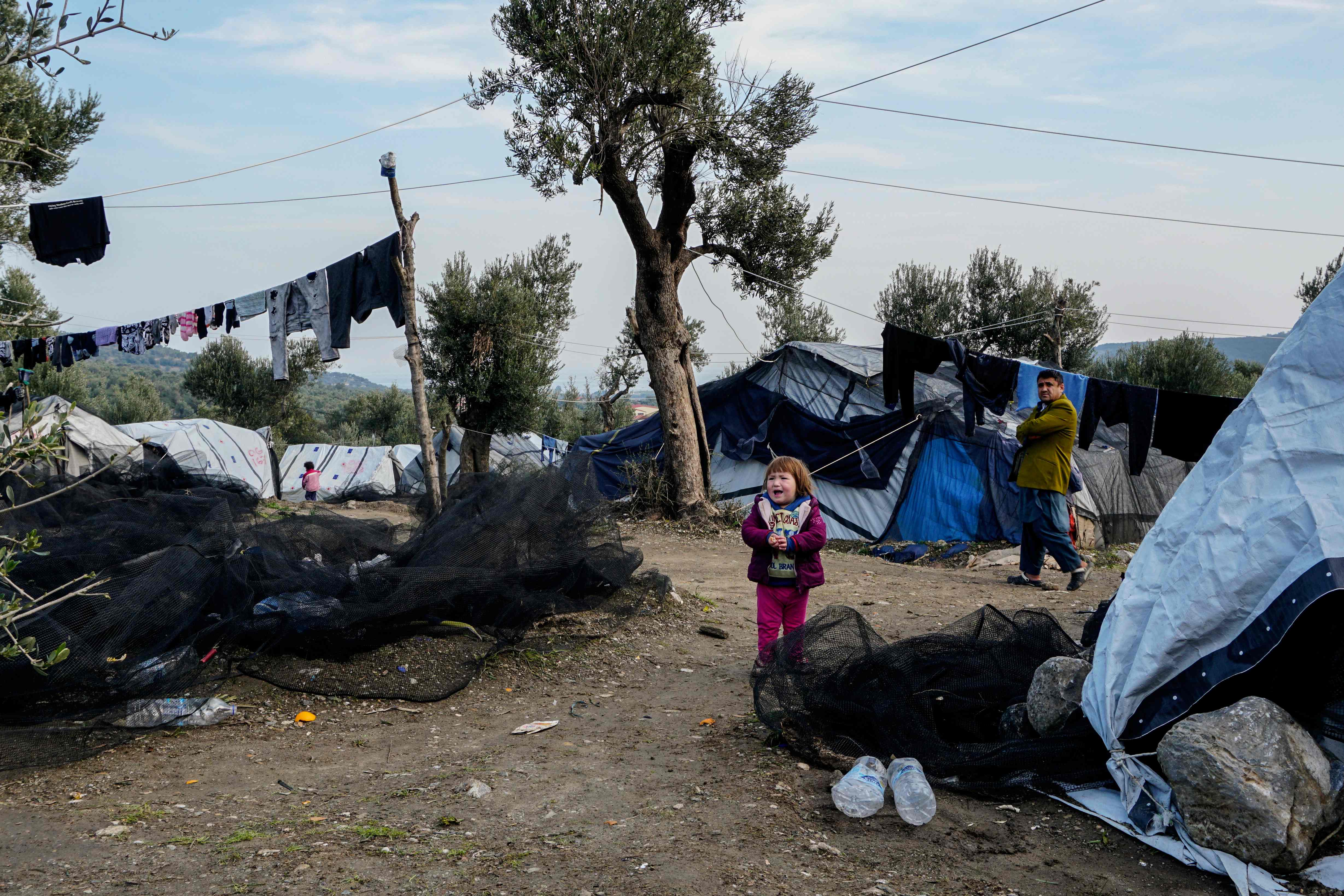 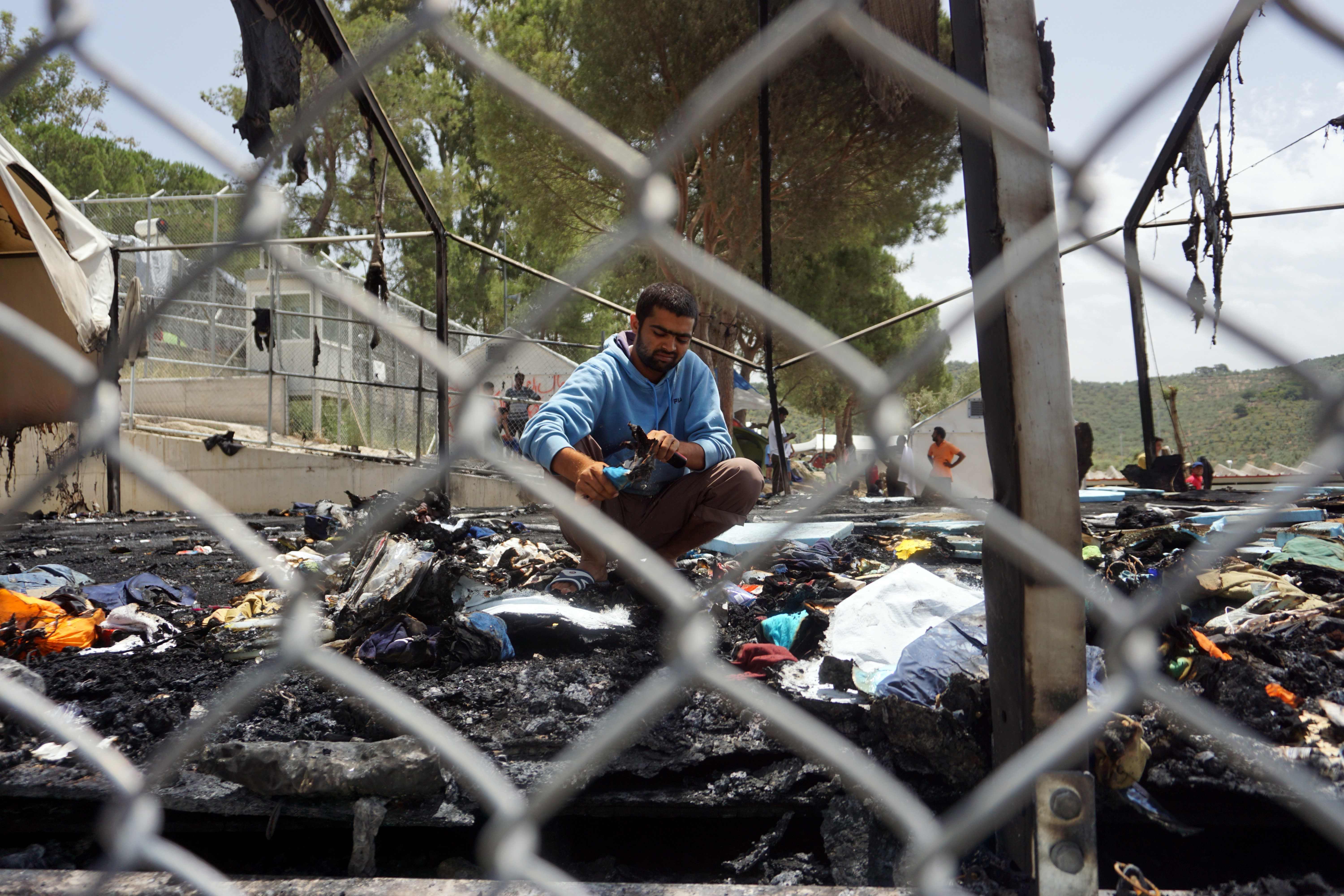 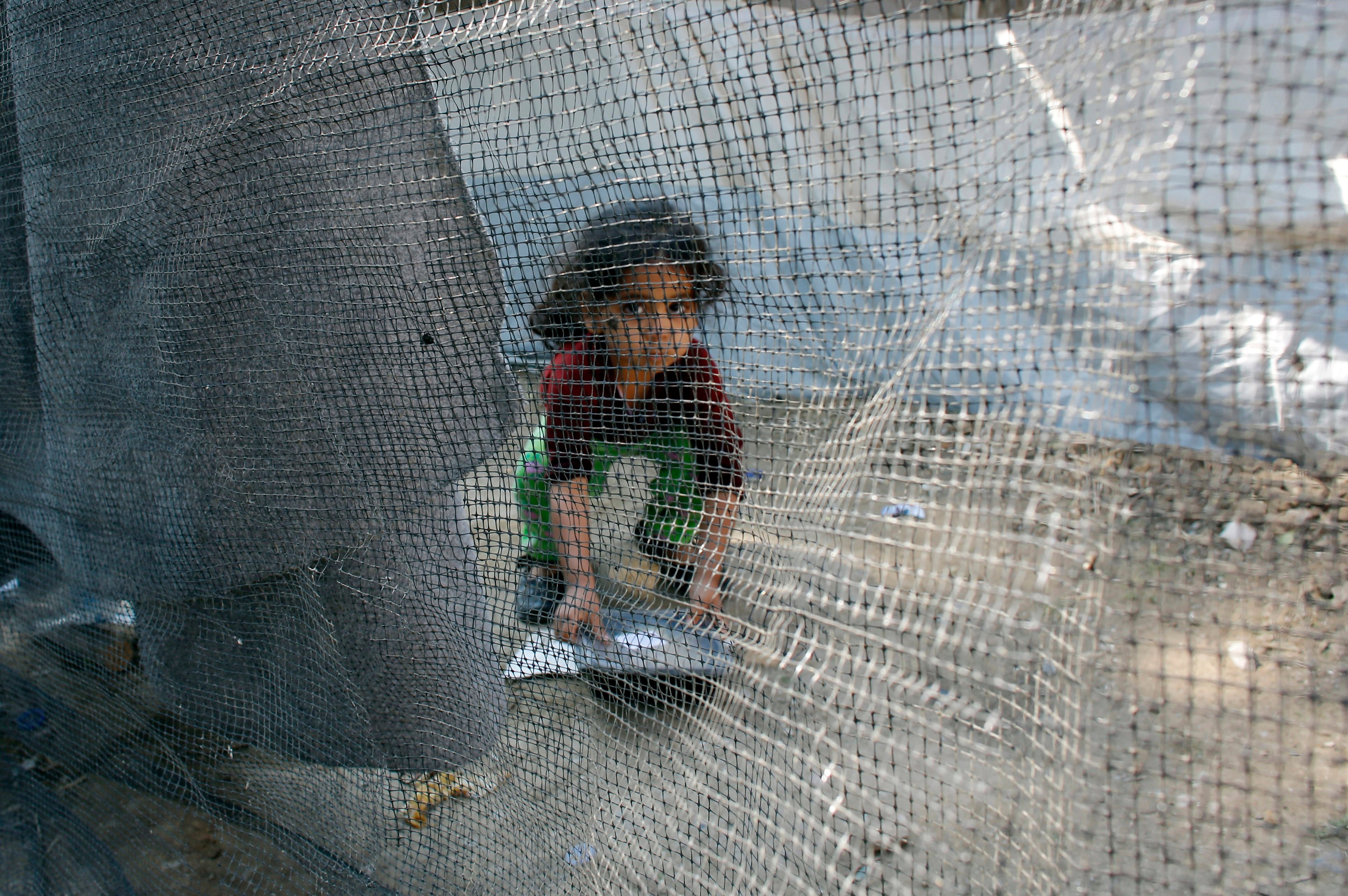 "There's sexual violence towards men, women and children, it's pretty overwhelming in there."

She adds: "I've met some extraordinary people that are hugely inspiring and help is needed."

One inspirational person Lena met is Salam Aldeen, who has constructed a playground for the youngsters living at one of the most desolate and dangerous places on the planet.

A safe space in the darkness

Aldeen, the Iraqi-Danish founder of the aid group Team Humanity, was moved to take action after a picture of drowned toddler Alan lying face-down on the sand made headlines across the world.

He headed to Lesbos, where he set up the playground 200 metres from the camp, with inflatables, a small football pitch and a screen to play movies on – to allow migrant children "to be kids". 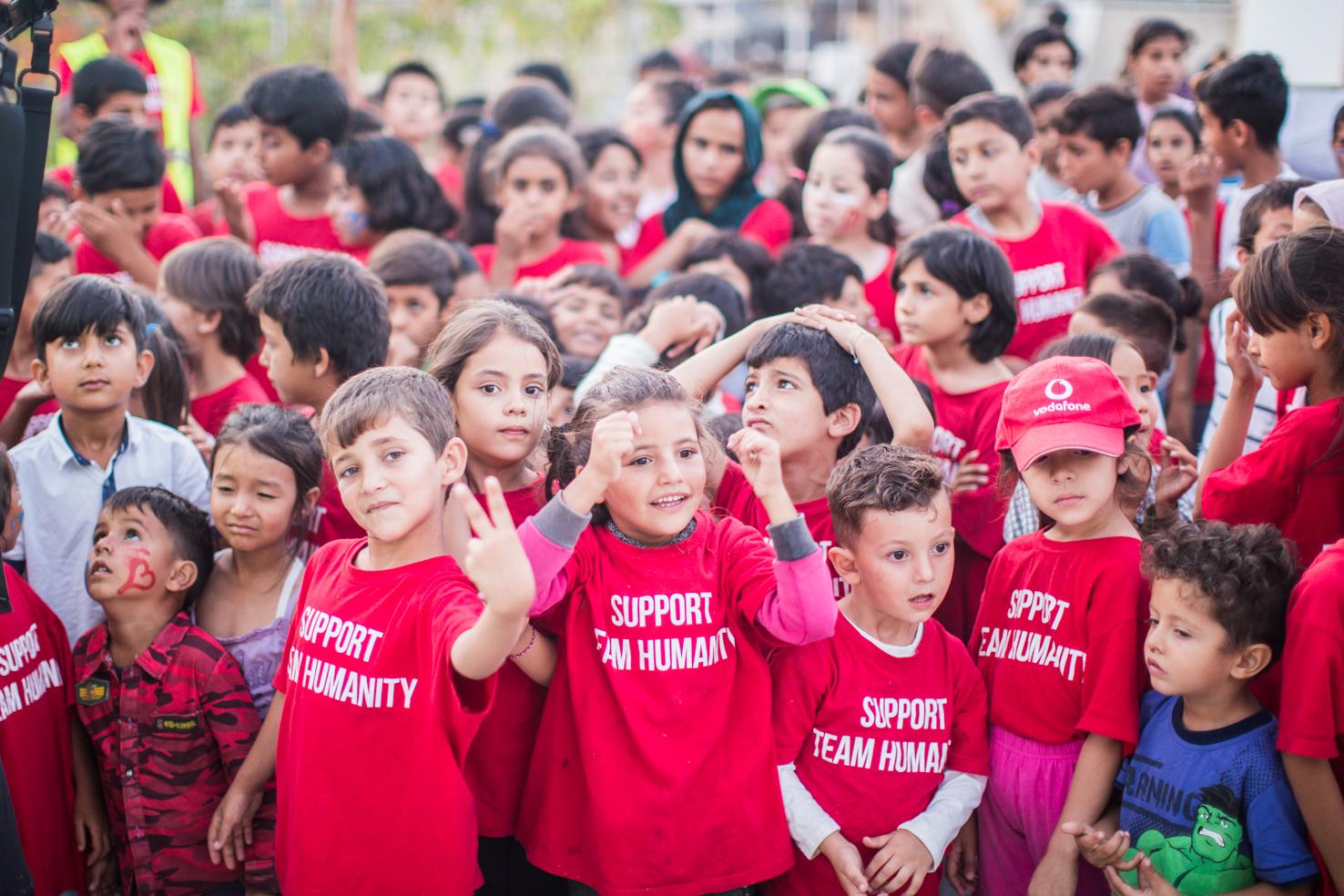 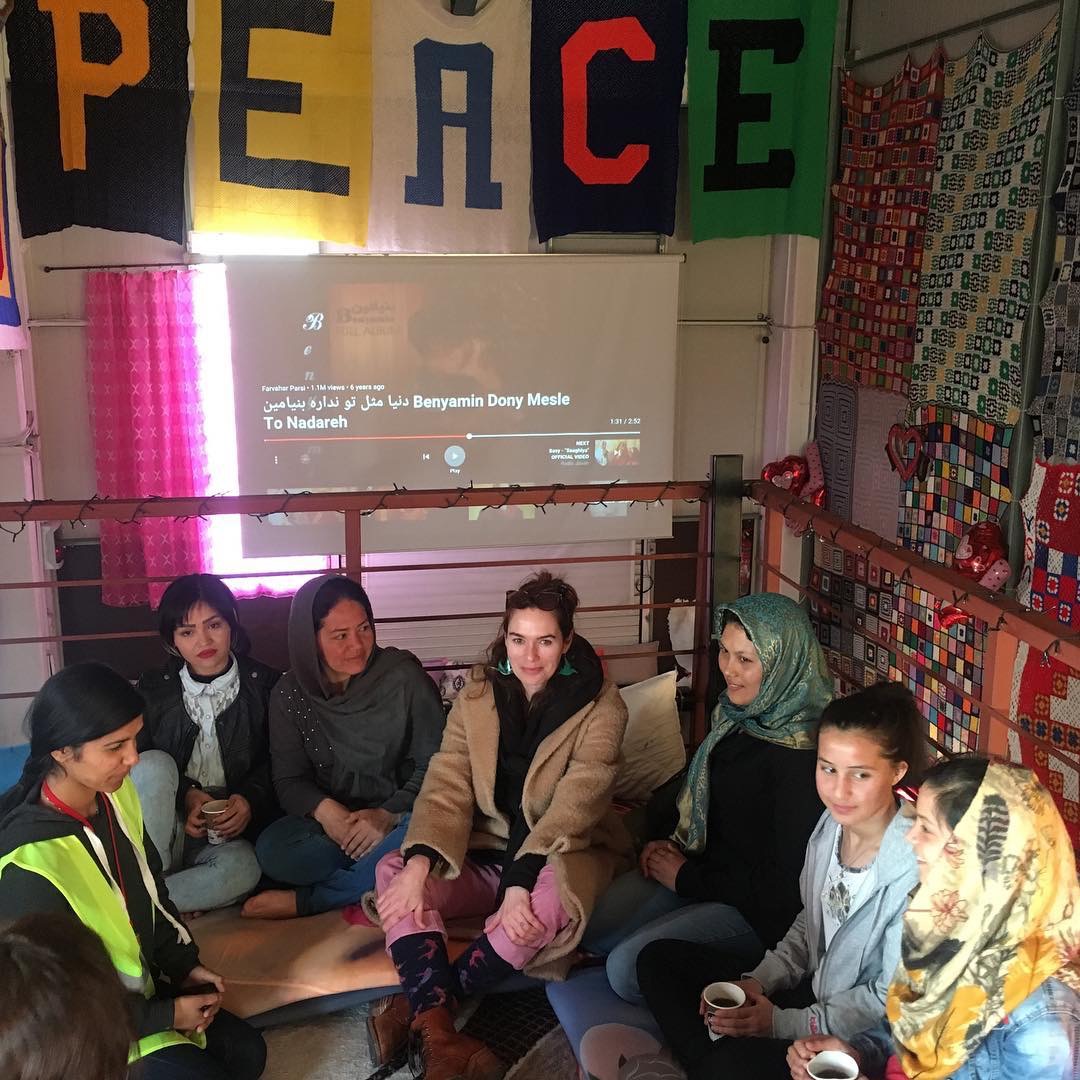 And now, he is trying to raise money for the ‘Hope and Peace Centre’, a safe space for women, babies and children to meet, socialise, listen to music, talk to each other and keep out of danger's way.

The centre gives the migrants "a little bit of a break" from the horrors of the camp – but with the ever-growing population, it needs expanding so it can house more women and youngsters.

Lena has urged her fans to help. "It will make a massive difference to these people who really need it," says the star, who is supporting a GoFundMe campaign to raise funds for the site.

Pictures, shared with Sun Online, show smiling migrant women sitting together inside the centre, under a sign reading 'Peace'.

For now, they are safe. But come the evening, they will be forced to return to the camp, where they are at risk of sex attacks, robberies, or even worse.

To support the GoFundMe campaign for the 'Hope and Peace Centre', click here