Twitter has been slammed after it failed to uphold a complaint about an alleged ‘death threat’ against author J.K. Rowling featured in a music video by a trans activist.

The video sees the singer against an animated backdrop with vocals about ‘killing TERFS’ [Trans exclusionary radical feminists’ and ‘J.K. hope you fit in a hearse’.

The Harry potter novelist posted screen grabs of the song on Twitter and wrote: ‘I’m afraid I can’t give a shout out to everyone promising to murder me – there are so many of you, and I’m a busy woman – but this one deserves a mention for the nineties rave vibe.’

Actor James Dreyfus reported the activist’s post on Twitter, but the social media platform failed to uphold the complaint over the alleged threat as it hadn’t ‘broken its safety policies’. 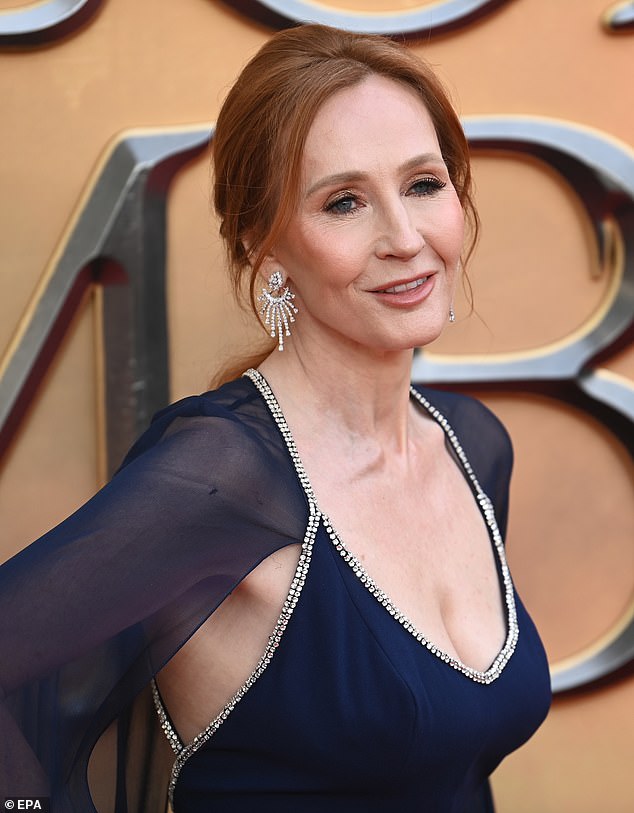 J.K. Rowling has received a heavy backlash for her views on gender after penning an essay in June 2020 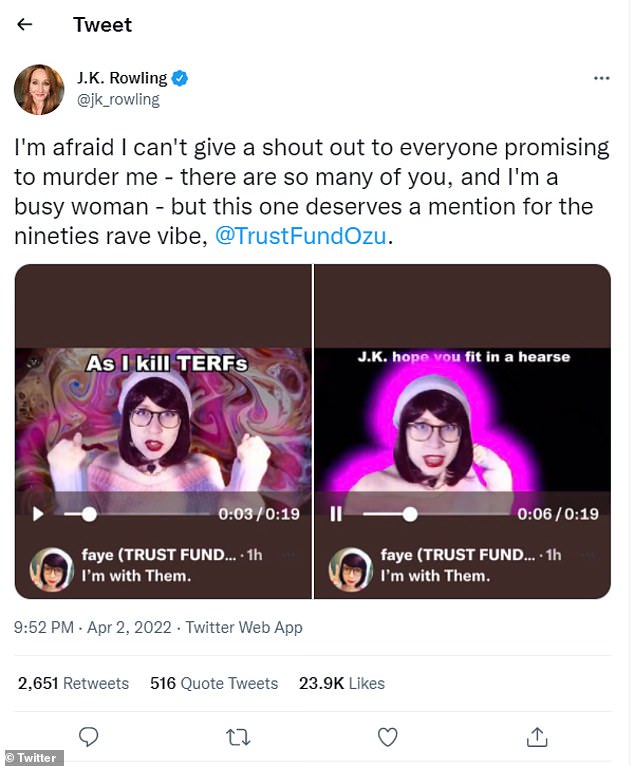 The Harry potter novelist posted screen grabs of the song on Twitter, which featured vocals about ‘killing TERFs’ and ‘J.K. hope you fit in a hearse’

A number of Twitter users spoke out to offer their support to the author about the music video’s sinister lyrics.

Sandie Surely wrote: ‘Sorry this is happening. You stand so strong for women, but all this must be taking a toll on you. Thank you and be strong, but this should not happen to anyone. Peace to you.’

Christina Jordan added: ‘I don’t know how you cope with such vile abuse but hope you know millions of us are with you, and we thank you.’

CJ Liberte tweeted: ‘The aggression is off the scale. I’ve never seen a movement like this.’

Others remained critical towards the children’s author, with one  person stating: ‘Good job! Now your supporters view trans people as “horrors” to feel no compassion for. Amazing work as usual.’

Actor James Dreyfus has been an outspoken supporter of Rowling and has previously blasted trans activists as ‘misogynistic guys in skirts’ for their criticism of Rowling, whose views about gender prompted a backlash from the tran community.

The Gimme, Gimme, Gimme star, 52, claimed those involved were ‘angry, young, anarchist people’ who harboured a deep hatred of women and ‘what they represent’.

He also accused them of being behind an alleged campaign of threats to kill and rape women in order to ‘put them back in their place’. 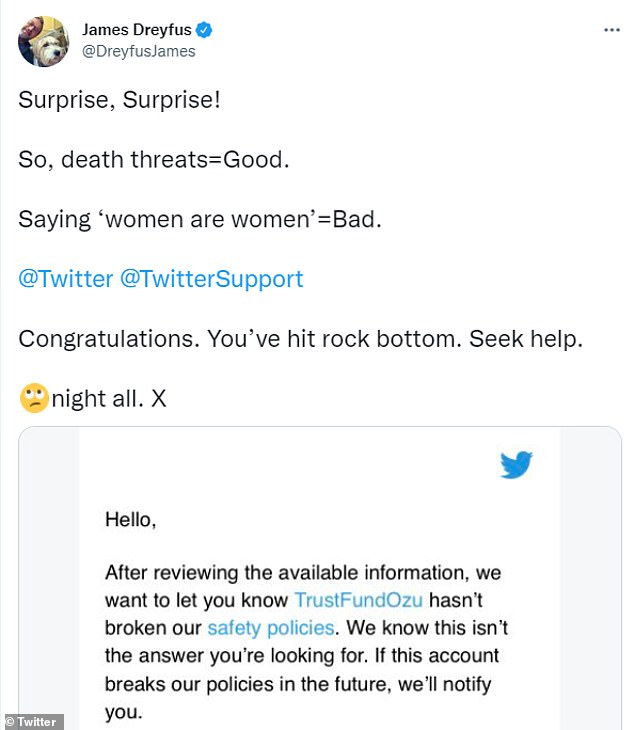 In February, he told an ‘In Discussion’ Zoom meeting organised by the Campaign for Common Sense that society appeared to be ‘going backwards’.

He said: ‘These people speak for nobody but themselves. All my trans friends are as horrified and embarrassed as me. They want none of this having to label everything.

‘Women are going “please listen to us” but the response is “No, we won’t listen”.’

A group of trans activists condemned Dreyfus last year when he was among 50 actors, writers and journalists to sign a letter in support of JK Rowling following backlash to her views on trans people.

The Harry Potter author first hit headlines in June 2020 after she mocked an online article using the words ‘people who menstruate’ instead of ‘women’.

She was hit by what she described as ‘relentless attacks’ after she wrote: ‘I’m sure there used to be a word for those people. Someone help me out. Wumben? Wimpund? Woomud?’ 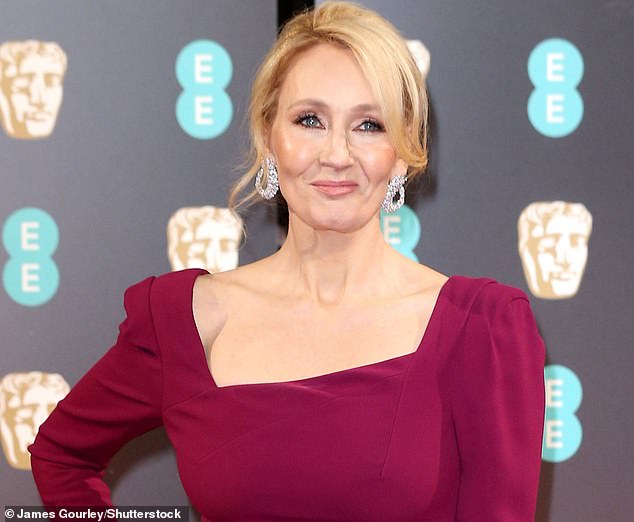 Rowling wrote in 2020: ‘I know and love trans people, but erasing the concept of sex removes the ability of many to meaningfully discuss their lives. It isn’t hate to speak the truth’

The acclaimed novelist then penned a deeply personal essay to address the controversy, revealing she supported the right to transition but opposed policies she felt were harmful to women.

The author described how she was sexually assaulted in her 20s and saying she still feels the scars of ‘domestic violence’ from her first marriage.

‘I know and love trans people, but erasing the concept of sex removes the ability of many to meaningfully discuss their lives. It isn’t hate to speak the truth.

‘The idea that women like me, who’ve been empathetic to trans people for decades, feeling kinship because they’re vulnerable in the same way as women – ie, to male violence – “hate” trans people because they think sex is real and has lived consequences – is a nonsense.

‘I respect every trans person’s right to live any way that feels authentic and comfortable to them. I’d march with you if you were discriminated against on the basis of being trans.

‘At the same time, my life has been shaped by being female. I do not believe it’s hateful to say so.’

The issue of transgender rights has since become a polarised debate, with activists, politicians and academics debating everything from pronouns, single-sex spaces and transgender women’s participation in sports.