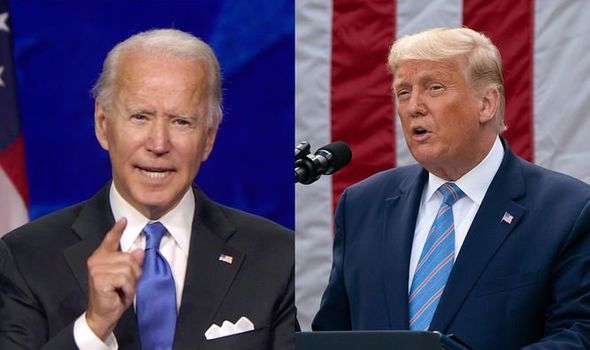 The US president savaged Hunter Biden over a conspiracy theory the Democrat nominee’s son accepted money from Russian powers. Mr Trump also attacked Mr Biden’s son for allegedly being kicked out of the US Army for having a cocaine problem. The personal attacks saw the Democrat get furious with the President.

Mr Trump opened his attacks by claiming China has control over Mr Biden, before targeting Hunter.

He said: “While we’re at it, why is it, out of curiosity’s the mayor of Moscow’s wife gave your son $3.5 million? What did he do to deserve it?

Mr Biden leapt to his son’s defence and said the alleged links to Russia have been “totally discredited”.

But the President continued to speak over the Democrat, hounding him by saying “he got $3.5 million” and “it’s a fact”.

Mr Trump said: “Hunter got thrown out of the military. He was thrown out, dishonourably discharged for cocaine use.”

Speaking emotionally about Beau, who died of a brain tumour in 2010 after serving in Iraq, Mr Biden said: “He was not a loser, he was a patriot.”