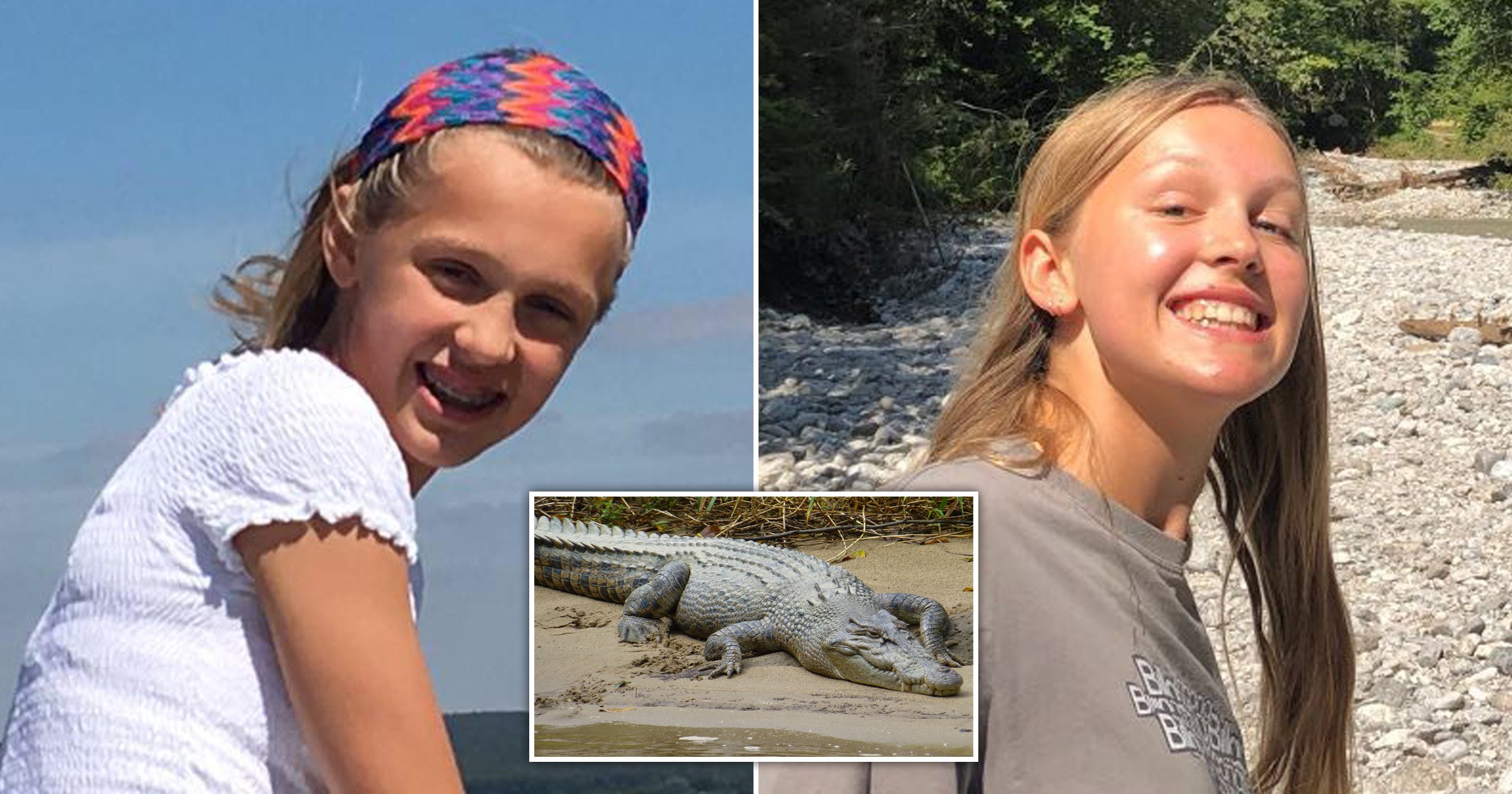 A teenage British backpacker attacked by a crocodile on the Zambezi River was saved by a friend who punched it on the nose until it let go.

Amelie Osborn-Smith, 18, had her leg over the side of a boat after a day white water rafting near the Victoria Falls in Zambia when the 10ft killer struck — clamping its jaws round her calf and dragging her into a death roll.

Her ex-Army major dad Brent, 60, said: ‘The crocodile saw her leg dangling in the water and thought, “There’s lunch”.’

A friend on the trip said: ‘As soon as it happened the male friend dived under the water and started punching the crocodile furiously.’

Guides and fellow rafters also leapt in. ‘It was chaos,’ the rescuer said.

‘There was blood and people thrashing everywhere. Eventually, the croc gave up and they pulled her back into the boat. She’s lucky to be alive.’

Amelie, whose mother Veronika, 52, is a German baroness, is on a gap year after finishing A-levels at £22,000-a-year St Swithun’s all-girls boarding school in Winchester.

She was airlifted 240 miles to hospital in the capital Lusaka for life-saving surgery and is now recovering.

Mr Osborn-Smith, from Andover, added: ‘She wasn’t actually swimming but sitting on the boat.

‘She’s a very sensible girl but was being guided by the rafting company and it was on their advice. She’s been stabilised as best they can but it’s touch and go.

‘Obviously, with a crocodile bite there’s a huge risk of infection and she’s got a severely damaged leg. It’s quite a distressing situation.’

The family is trying to fly her home for treatment but Mr Osborn-Smith added: ‘Zambia is on the Covid red list, so there are various hoops to step through.’

The trip was run by Bundu Rafting which confirmed the incident but did not comment.

Croc attacks at the falls — said to be the world’s best for rafting — are rare as they like calm water downstream.

But in 2018 Zimbabwe tennis ace Zanele Ndlovu had her left hand and right arm bitten off.