The Fox News presenter has expressed anger at Donald Trump’s continued failure to accept the results of the US Presidential Election, calling the move “utterly unprecedented.” Mr Wallace argued there is no evidence to back President Trump’s claims of voter fraud and branded them an attempt to overturn the “will of the American people.” It comes as Trump supporters stormed the Capitol Building in Washington following a speech by the President on Wednesday sparking chaotic scenes that left four people dead.

Mr Wallace said: “You know what we are seeing today, people need to understand how utterly unprecedented it is.

“For the last hour, we’ve heard the sitting President of the United States refuse to concede and say that he will never accept the results of an election.

“He makes all these statements about election fraud and says well there is all this evidence.

“You don’t need to listen to me listen to the federal judges, the state judges, federal judges appointed by President Trump, the six-vote conservative majority on the Supreme Court, his own Attorney-General, his own Head of Cyber-Security and his own administration.

“They have all said that there was not the kind of vote fraud in this election that would in any way challenge the results in a single state, let along overall.”

JUST IN: Donald Trump ‘has something up sleeve’ and ‘will go out with a bang’ as chaos rocks US 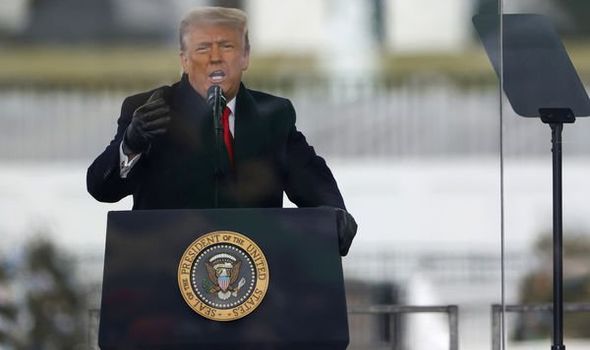 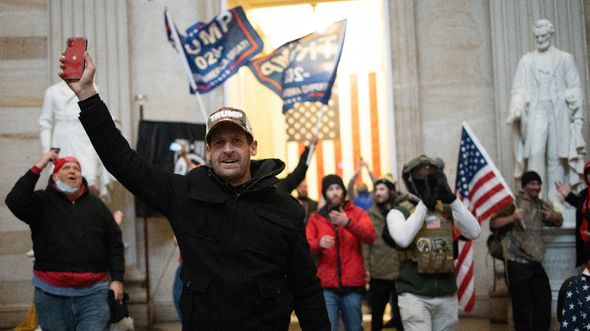 The Fox News anchorman continued: “The President is making up stories, but the people who have heard the evidence, all of them have rejected it.

“I think that is what is at stake today. What is at stake is whether a bunch of insiders in Congress can overturn the will of the American people, 150 million of them, when they went out to vote.”

The US Congress has now voted to recognise Democrat Joe Biden‘s victory in the November 3 US Election after proceeding were interrupted on Wednesday as dozens of people besieged the Capitol, with thousands more sparking riots outside.

The chaos unfolded after incumbent President Donald Trump addressed thousands of supporters from behind bullet-proof glass near the White House, urging them to march on Washington to express their anger at what he claimed was a “fraudulent election”. 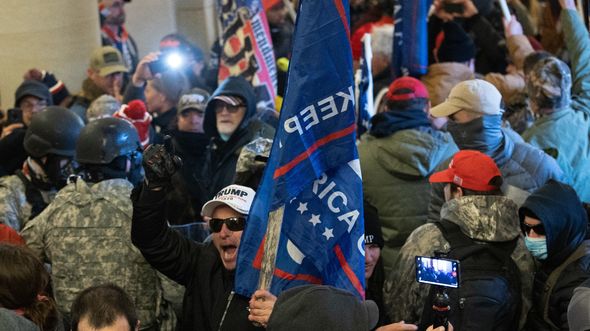 Following the Congressional vote ratifying the result, President Trump conceded on Thursday that there would be an orderly transition of power when Mr Biden takes office as president in less than two weeks time.

But the incumbent continued to find fault with the result of the election, despite no evidence to support his allegations.

In a statement posted on Twitter by White House spokesman Dan Scavino, the President said: “Even though I totally disagree with the outcome of the election, and the facts bear me out, nevertheless, there will be an orderly transition on January 20.

“I have always said we would continue our fight to ensure that only legal votes were counted.

“While this represents the end of the greatest first term in presidential history, it’s only the beginning of our fight to Make America Great Again!

Footage from the storming of the US Capitol showed Trump supporters running amok before armed police regained control over the building.

There was gunfire inside the Capitol Building and one person, believed to be a protestor, was shot and later died of her wounds in hospital.

House members inside the Chamber were instructed to pull out the gas masks from underneath their seats and be prepared to put them on, according to police.

Senior staff, including Vice President Mike Pence, had to be escorted out of the building, while House Speaker Nancy Pelosi was also been escorted to safety.