Houston: Four of the United States' five living former presidents gathered at a Houston church on Saturday to remember the life, legacy and trademark pearls of former first lady Barbara Bush, who died on Tuesday at the age of 92. 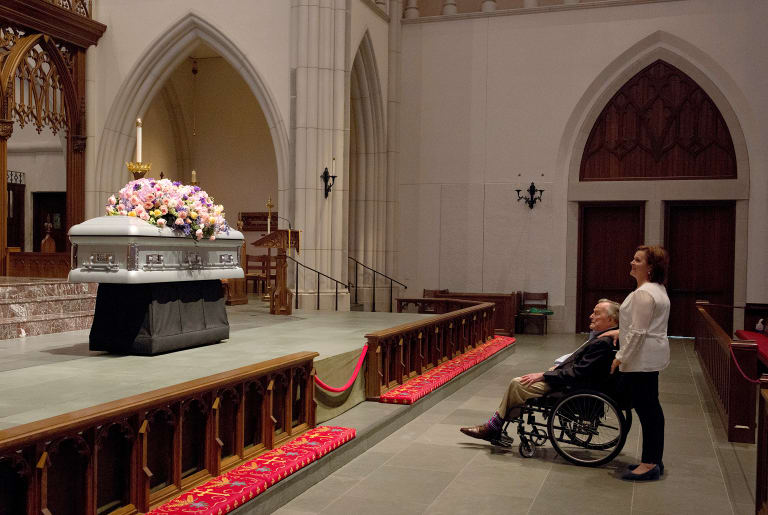 Former President George HW Bush looks at the casket of his wife.

The former First Lady was remembered as a formidable but caring figure whose devotion to her family was matched only by her commitment to public service.

"She was our teacher and role model in how to live a life of purpose and meaning," one of her four sons, former Florida governor and 2016 presidential candidate Jeb Bush, told the crowded Houston church on Saturday.

He then drew laughs with a nod to Bush's famously sharp tongue: "She called her style a benevolent dictatorship, but honestly, it wasn't all that benevolent."

On Friday, thousands of mourners, from the rich and famous to the working-class and the anonymous, paid their tributes at a public viewing, under heavy security and the solemnity of saying goodbye to one of the most prominent political matriarchs of their lifetimes.

"She's kind of America's grandma," said Houston Police Chief Art Acevedo on Friday. "Barbara Bush is about as close to Texas royalty as you can come."

President Donald Trump, whom Barbara Bush had criticised in television interviews during the 2016 presidential campaign, was not present for the funeral on Saturday. White House officials said Trump would not go to the service "to avoid disruptions due to added security, and out of respect for the Bush family and friends attending the service." Trump said on Twitter that he would watch the funeral, which was nationally televised, from "the Southern White House" in Florida. 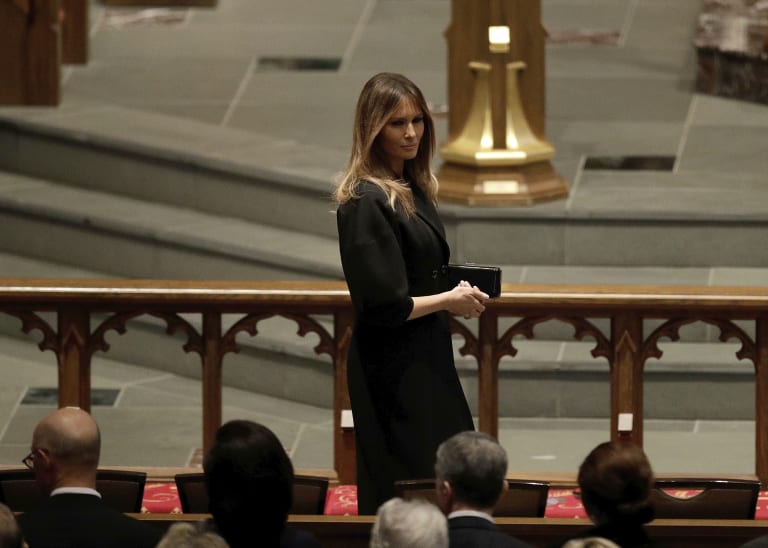 Melania Trump attended the funeral without her husband.

The 90-minute service, which began at 11am local time, had been in the works for years. Barbara Bush herself selected the three eulogists: her son Jeb Bush, the former two-term governor of Florida; Susan Baker, a longtime friend and the wife of James A Baker III, the former secretary of state; and Jon Meacham, a presidential historian who published a biography of her husband in 2015. 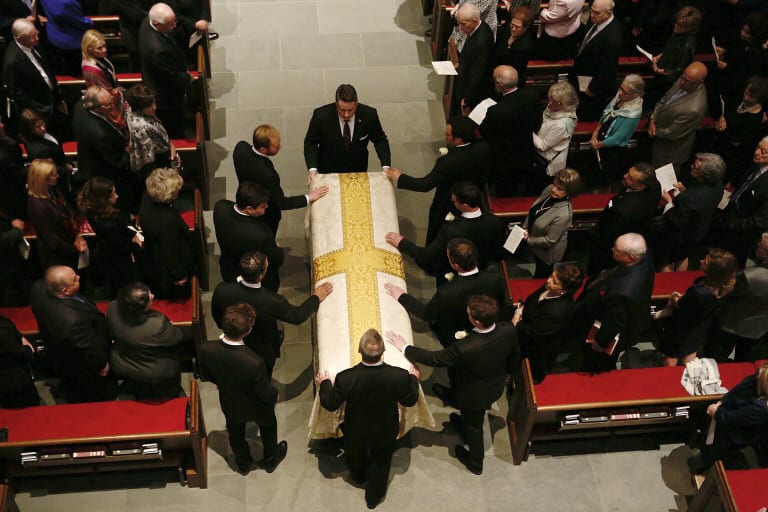 The casket is brought into St. Martin’s Episcopal Church.

The cavernous sanctuary of the church was adorned with sprays of yellow garden roses, yellow snap dragons, antique hydrangeas and other flowers. 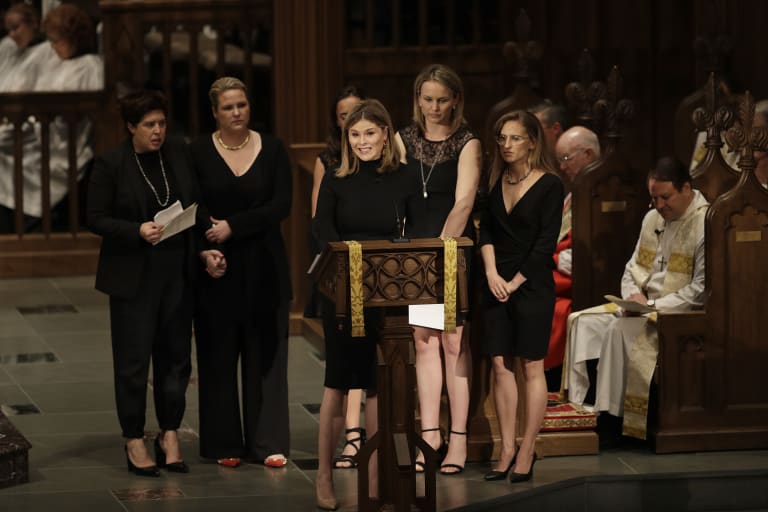 Barbara Bush was to be buried in a private service at Texas A&M University, on the grounds of the George HW Bush Presidential Library and Museum. She was to be buried beside her daughter Robin, who died of leukemia at the age of 3 in 1953.