Every day, The Age publishes several thousand words of opinion in print and online. These articles reflect the views of writers on a wide range of issues, from those playing out on the world stage to issues particular to Melbourne. 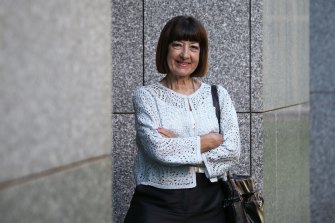 Niki Savva has joined the The Age’s opinion pages as a regular columnist.Credit:Alex Ellinghausen

Diversity is key – in the writers we use, and the topics they cover. While deputy opinion editor Emily Day and I try to present issues affecting our readers, we also believe it is important to publish views and insights that might be outside some readers’ comfort zones.

The Age aims to inform, entertain and, at times, challenge you. You may not agree with all the views we present – in fact, we guarantee you won’t – but we believe that liberal democracies flourish only if debate is free and robust.

It is not possible to publish every viewpoint on every issue because the debate moves on and other issues crop up. But where possible, we try to present alternative opinions.

For instance, when State Parliament recently considered whether MPs should continue reciting The Lord’s Prayer at the opening of each day’s session, writer Duncan Fine argued the practice should be abandoned because the Christian prayer no longer reflected Victoria’s people, who practise 153 religions.

Within days, we published a piece by Kevin Donnelly from the Australian Catholic University arguing for the prayer’s retention because while the number of Australians identifying as Christian had diminished, Christianity was still the country’s dominant religion.

Similarly, when Melbourne City Council was debating whether to permit a new safe injecting room in the CBD we published a piece by Paul McDonald from Anglicare in which he said the facility should be built to help manage the devastation caused by dangerous drug use.

The next day Roshena Campbell, one of the councillors who voted against the injecting room, wrote in response that now was not the time to set up another such facility because city retailers were already struggling to attract business due to the disastrous impact of the pandemic.

When deciding on the day’s opinion articles, we carefully choose which writers to commission, and try to come up with the best mix of content.

A typical day might include a piece from one of our political columnists examining the Prime Minister or Premier’s latest announcement or a response to a news story from that day; something from one of the country’s top epidemiologists on the potential impact of the latest COVID-19 outbreak; or a first-person piece from an Afghan Australian on the Taliban’s resurgence in their homeland.

As well as seeking different viewpoints, we are focused on including more women, younger Australians and ethnically diverse voices. Not only do these writers better reflect our changing population, but varied life experiences produce more interesting, compelling opinion pieces.

We regularly review our line-up to keep it fresh and varied. As part of this we are proud that the talented and experienced journalist Niki Savva has this month joined the ranks of our regular columnists. Her column appears in print and online every Thursday.

Savva was most recently a columnist for News Corp’s The Australian, where she earlier worked as a political correspondent. She has also led the Canberra bureaus of The Age and The Herald Sun and worked as a staffer to former prime minister John Howard and former treasurer Peter Costello.

Other regulars include Melbourne writer Julie Szego, who writes across a broad range of political, social and cultural issues; the dynamic lifestyle columnist Kate Halfpenny; and veteran Age crime writer John Silvester, who delves into the bad, the ugly and the bizarre to be found in Australia’s underworld.

Engaging with our readers is important to us. We accept unsolicited opinion pieces of no more than 800 words (you can email us at [email protected]). Given the huge volume submitted each day, we can only respond to those writers whose pieces we are able to use.

We encourage readers to respond to the pieces we publish either through our letters section ([email protected]) or where it says “Leave a comment” on pieces published online.

In what has already been a big year for news, we look forward to continuing to offer you a strong mix of insightful, entertaining and provocative opinion pieces.