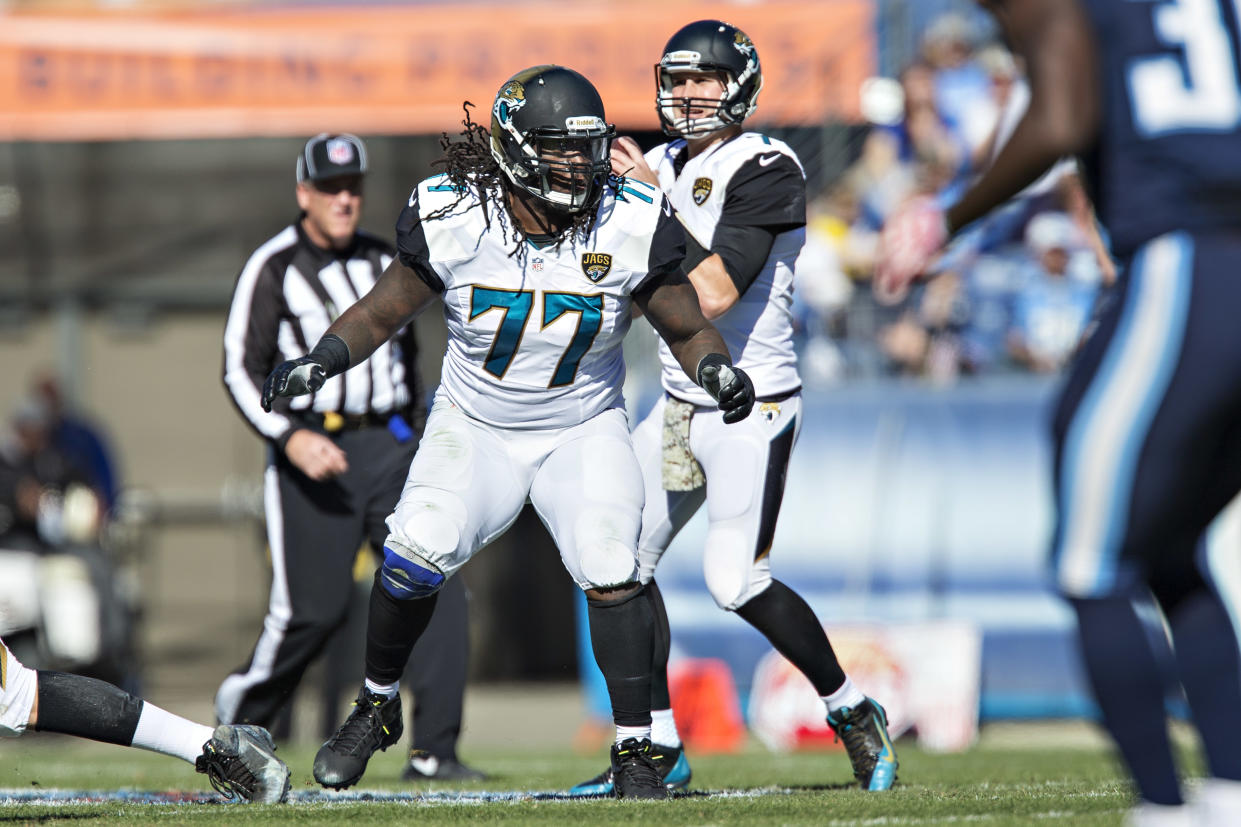 We are saddened to learn of the passing of Uche Nwaneri. pic.twitter.com/UstPAT1i6U

Nwaneri was at his wife’s home in West Lafayette, Indiana, after driving up from Georgia last week when he apparently collapsed, according to the Lafayette Journal and Courier. His wife found him unresponsive in a bedroom around 1 a.m., per the report, and called police. Preliminary results from an autopsy indicate a possible heart attack. Officials have found no signs of foul play.

Nwaneri played in the league for seven seasons from 2007-2013. The Jaguars selected him in the fifth round of the 2007 draft out of Purdue. After making one start as a rookie, Nwaneri started the rest of the way through his career. He briefly signed with the Dallas Cowboys in 2014, but did not end up making their roster.

Since he retired, Nwaneri started a popular YouTube channel called “The Observant Lineman,” where he covered the Jaguars and the rest of the league at large.

Rest In Peace, Uche Nwaneri. @Chukwu77 played 7 seasons with the @Jaguars, 2007-2013, and forged a strong bond with the Jags fans that's remained to this day.
On behalf of the Jaguars organization and my family, our thoughts are with Uche's family + friends at this terrible time.

“On behalf of the Jaguars organization and my family, our thoughts are with Uche’s family and friends at this terrible time,” Jaguars executive Tony Khan, who is the son of owner Shad Khan, tweeted on Monday.