A VOLUNTEER firefighter has lost three of his children in a deadly blaze while attending another call close by for a broken fire alarm.

Luther Jones was "just blocks away" when the deadly fire ripped through a day care centre in Pennsylvania, killing five children and injuring the building's owner. 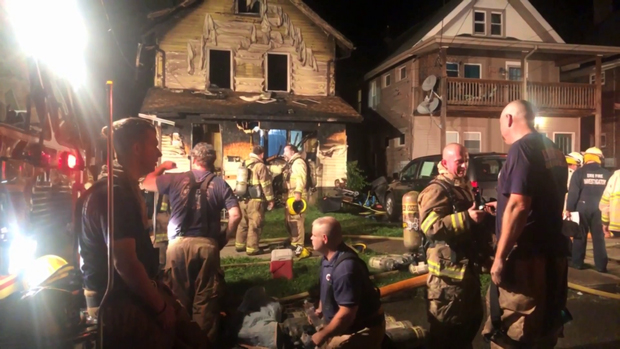 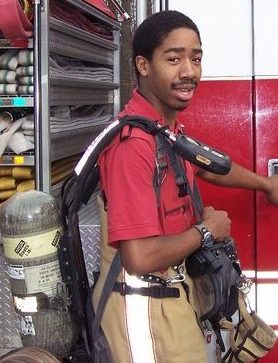 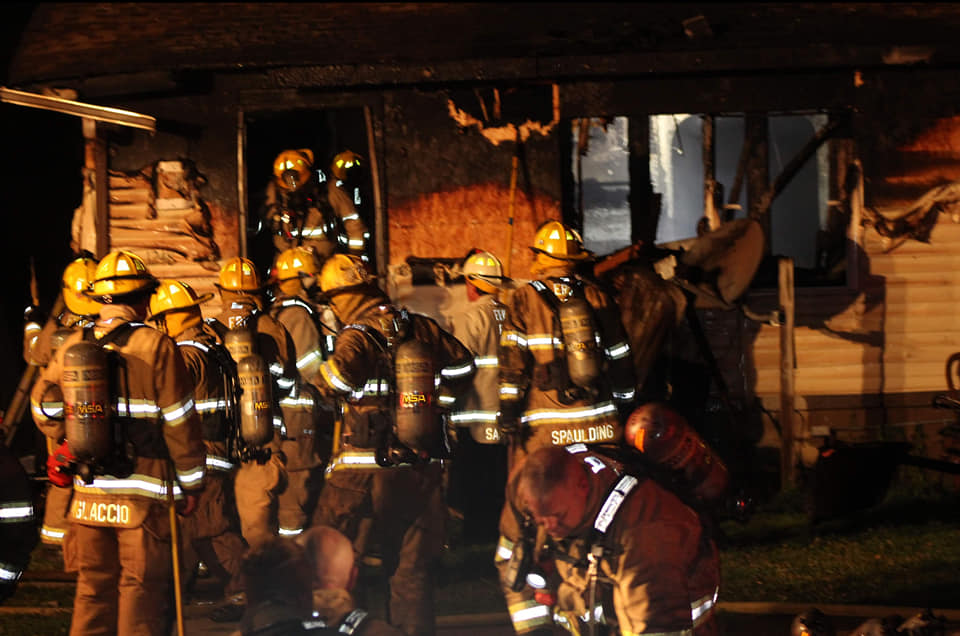 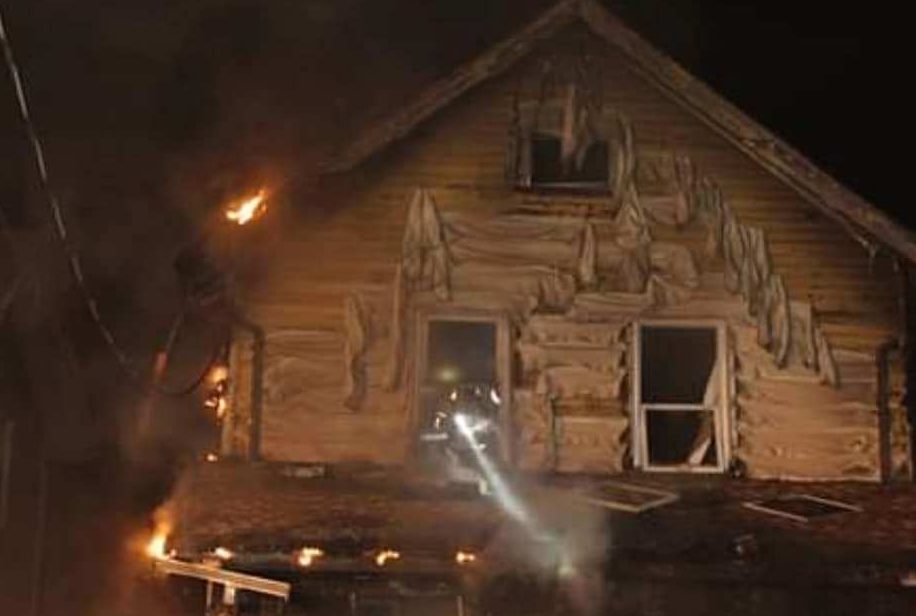 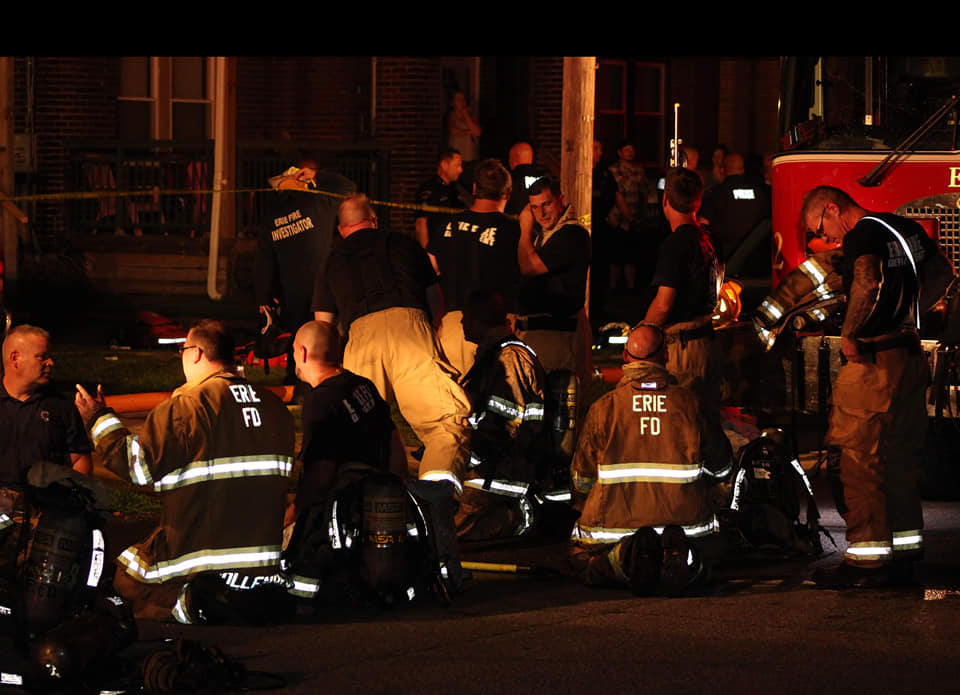 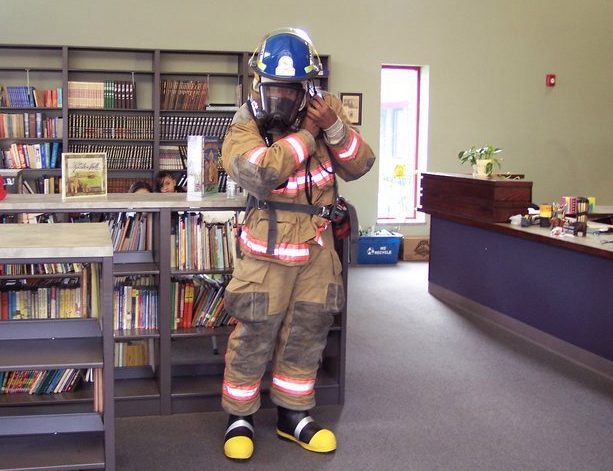 Helpless victims of the horrific blaze ranged from 8 months to 7 years in age.

Luther Jones' two daughters and son were among the five youngsters who died in the blaze in the early hours of Sunday.

At the time, Luther was out on a different call that turned out to be a broken fire alarm, Lawrence Park Township Volunteer Fire Chief Joe Crotty said.

Local TV station WICU said the call he attended with the Lawrence Park Fire Department was "just blocks away" from the blaze in which his children died.

The mum of Luther's three children, Shevona Overton, who is also the mum of another child killed, said she had "lost a piece of me that can never be replaced," WICU reported.

She added: "I'm just so hurt my babies are gone. I love them dearly. I just hurt inside knowing that my kids were fighting and hurting in that fire. Every minute, I feel the same pain."

We are all at a loss, trying to figure out how this happened

Luther's mum Valerie Lockett-Slupski told Erie News Now they were staying at the home because their parents were working overnight.

She said: "We are all at a loss, trying to figure out how this happened."

The fire was reported in Erie, Pennsylvania, at about 1.15am local time on Sunday, Chief Guy Santone of the Erie Fire Department said.

A 12-year-old and a 17-year-old reportedly escaped by jumping off a roof.

Neighbours down the street heard the screams of teens who had escaped as far as a second floor roof.

The teens indicated there were babies still trapped inside the building.

One neighbour reportedly tried to enter the first floor but was driven back by the smoke.

Firefighters managed to pull everyone out of the burning house, and medics desperately battled in vain to revive the five kids.

In a Facebook post, the Fire Department said: "We offer our deepest sympathies to all effected by this horrible tragedy and we keep the survivors in our thoughts and prayers."

Neighbour Danika Scott told the Erie Times-News the fire spread quickly, noting she heard the 17-year-old scream while jumping off the roof.

Another neighbour said the home may have operated as an overnight day care.

Investigators believe the blaze was sparked in the living room area on the first floor of the building.

It took firefighters four hours to clear the scene after the blaze was reported.

Chief Santone said they are looking at the possibility that the fire may have been deliberately set, but said: "It's too early to draw that conclusion."

It was also reported that the injured woman is the owner of the nursery.

Santone told the newspaper that a neighbour was also injured. 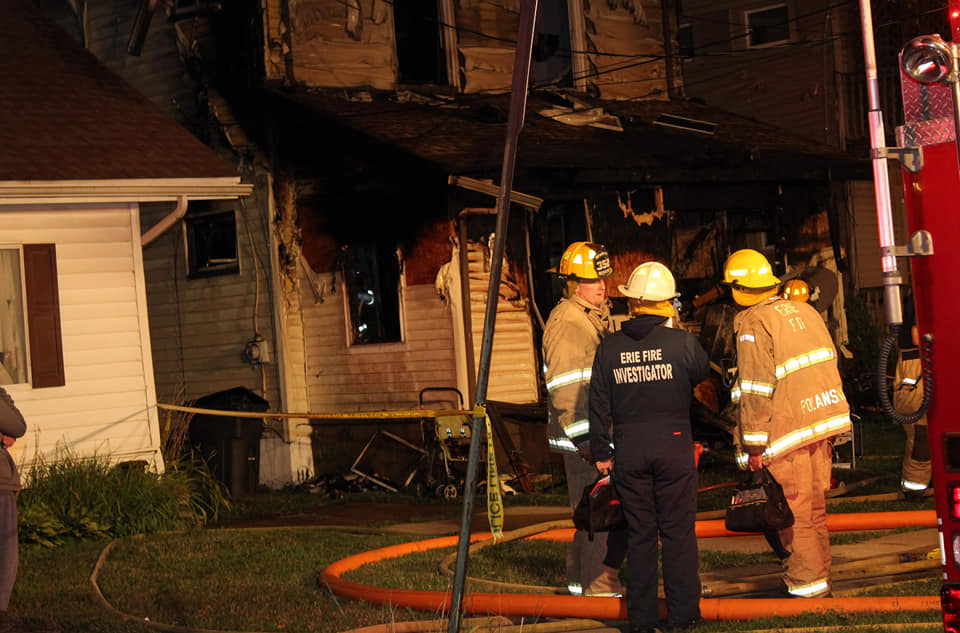 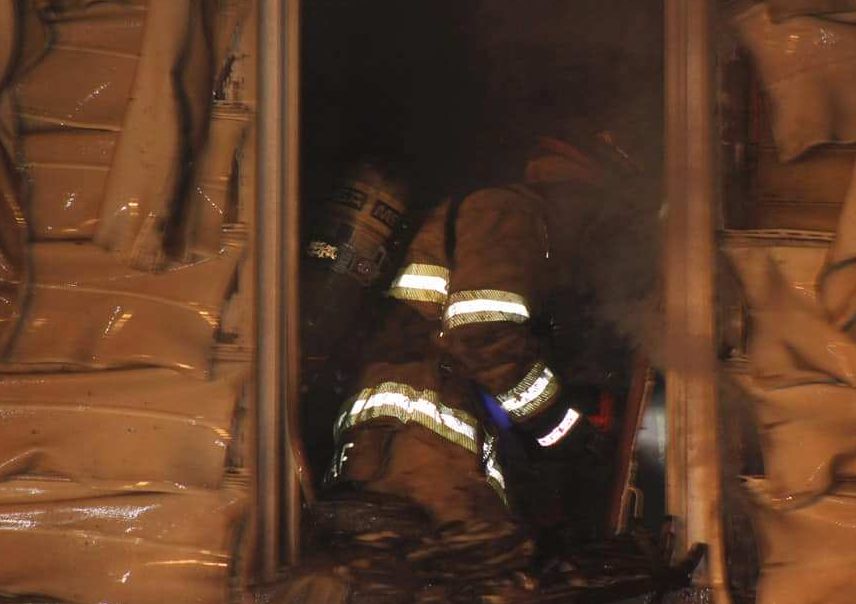 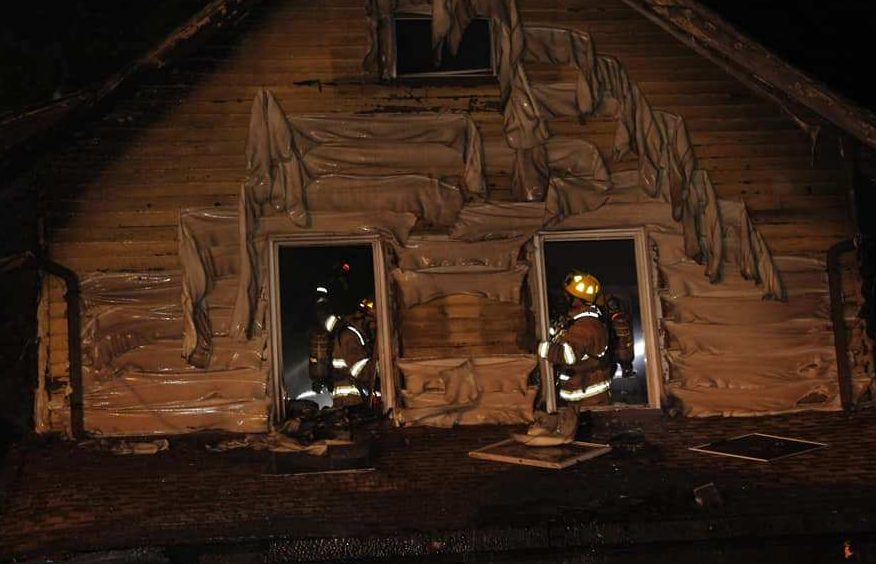 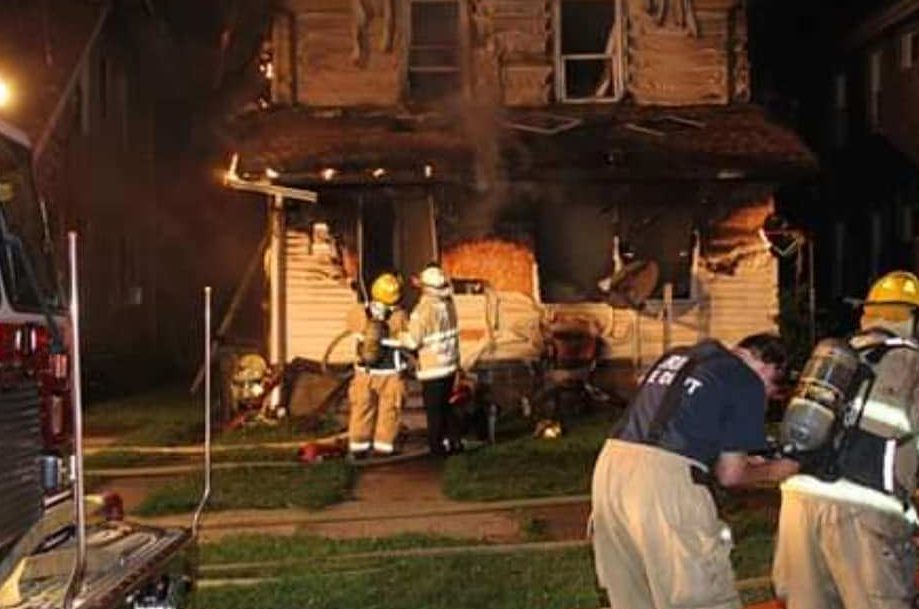 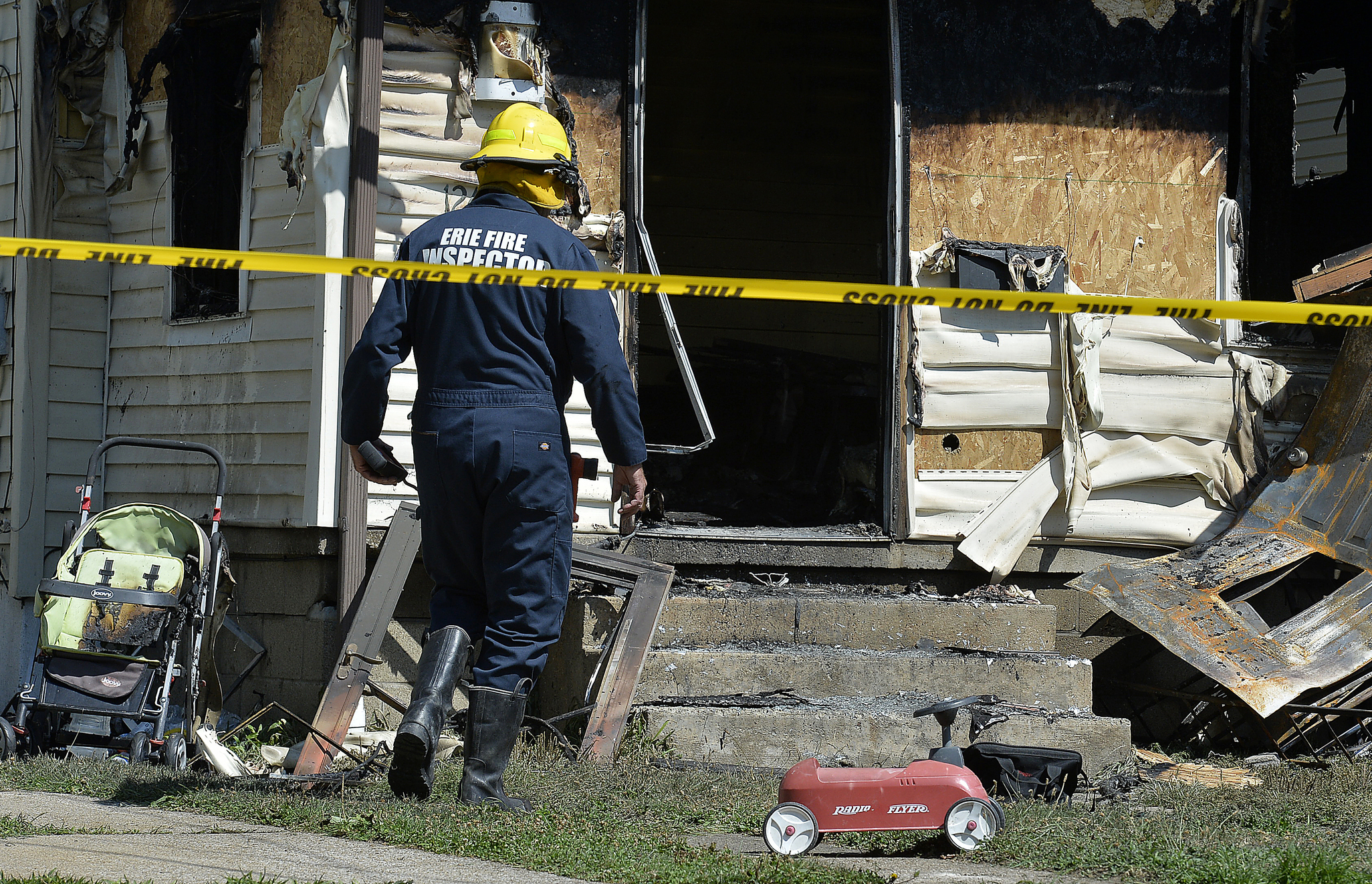 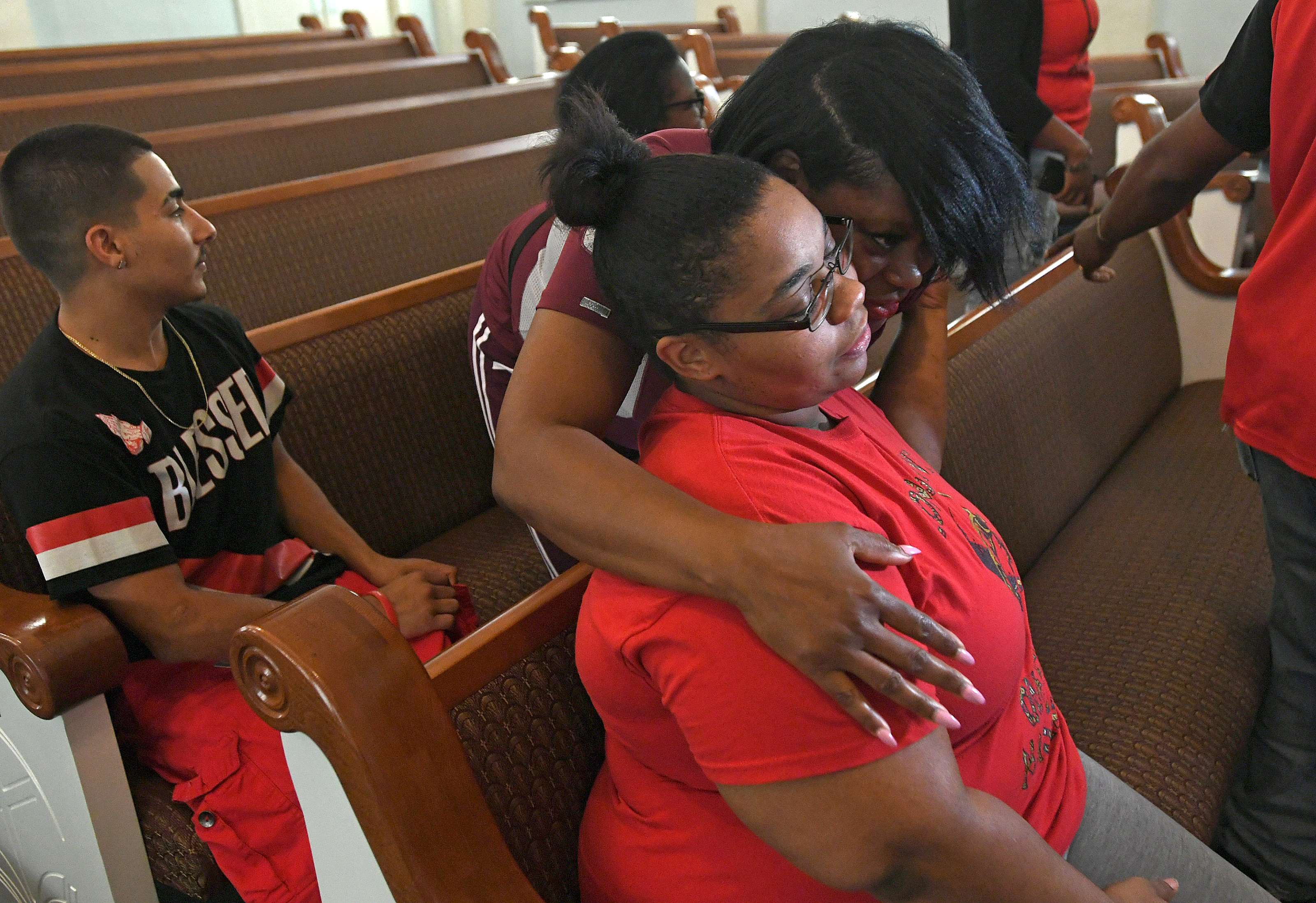 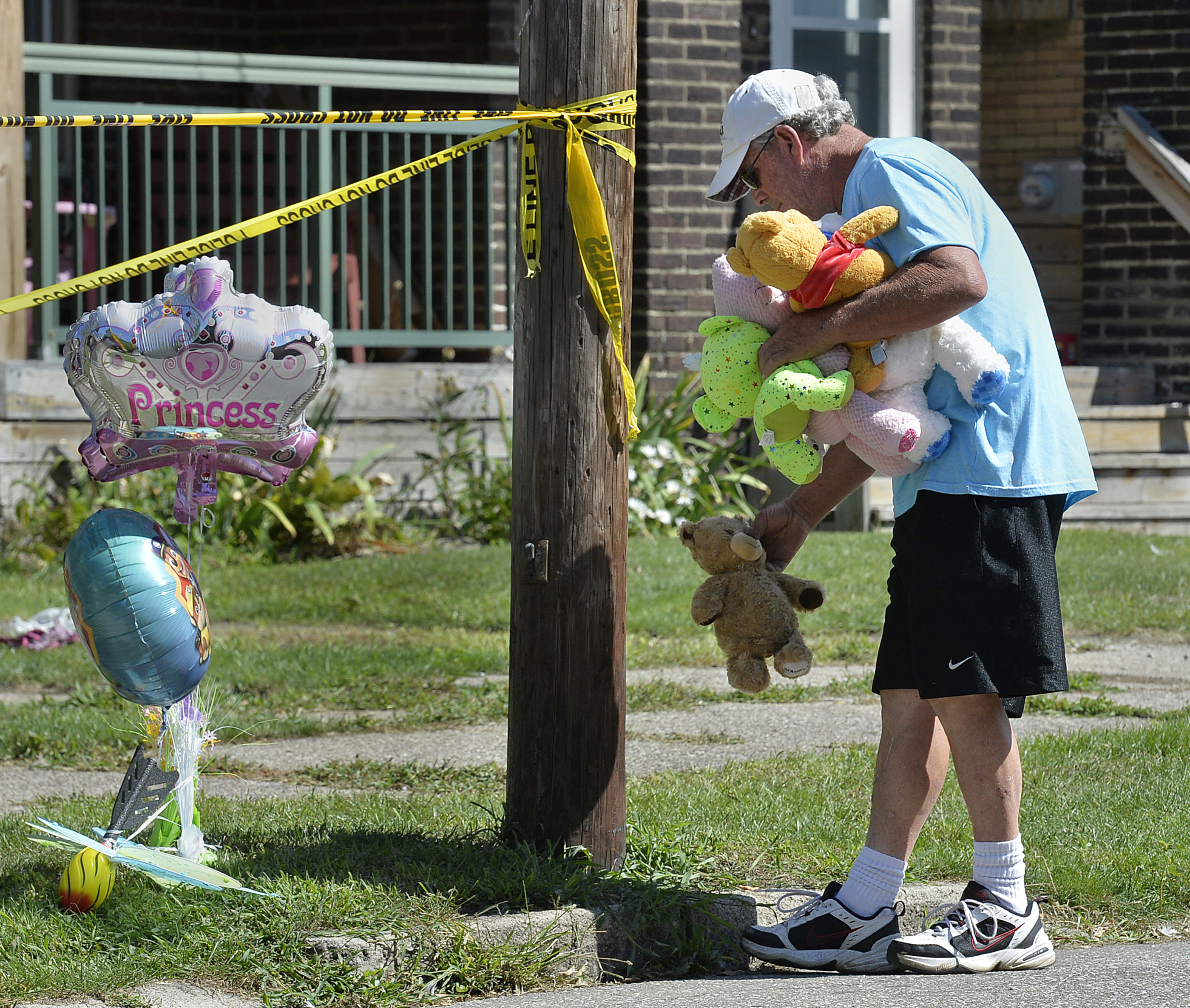