Finland’s Prime Minister Sanna Marin has tested negative on a drug tests which she took to ‘clear up suspicions’ after a leaked video showed her partying and dancing on night out.

The Finnish PM, 36, took the drug test to prove her innocence after footage showed her dancing with friends in a house while someone in the background shouts ‘flour gang’.

‘Flour’ is Finnish slang often used to refer to cocaine. Ms Marin said she has never taken drugs in her life, and did not see anyone taking them on the night out in question which stretched from the evening of Saturday August 6 until the very early hours of Sunday 7.

Last week she decided to take the drug test declaring she had ‘nothing to hide’.

Marin’s urine sample was tested for the presence of various drugs, such as cocaine, amphetamine, cannabis and opioids, Iida Vallin, a special adviser to the prime minister, told AFP.

An official statement from the Prime Minister’s office said: ‘Drug test taken from Prime Minister Sanna Marin on 19 August 2022 did not reveal the presence of drugs.’

The statement added that the results were signed by a doctor. 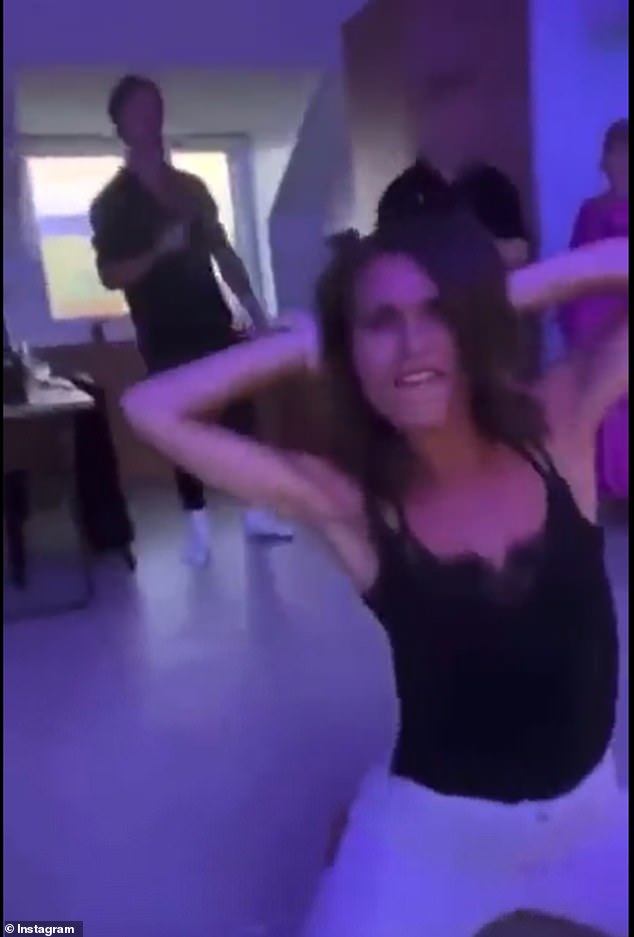 The glamourous Finnish PM (pictured), 36, has denied using drugs and said she has nothing to hide after a video emerged of her partying wildly with celebrity friends

At her residence on Friday she told reporters: ‘To clear up any suspicions, I have taken a drug test today.’

Marin previously said she was ‘spending an evening with friends’ and that the videos were ‘filmed in private premises’.

She admitted to having drunk alcohol.

In addition to denying taking drugs, she said she did not witness any drug use by any of the attendees. 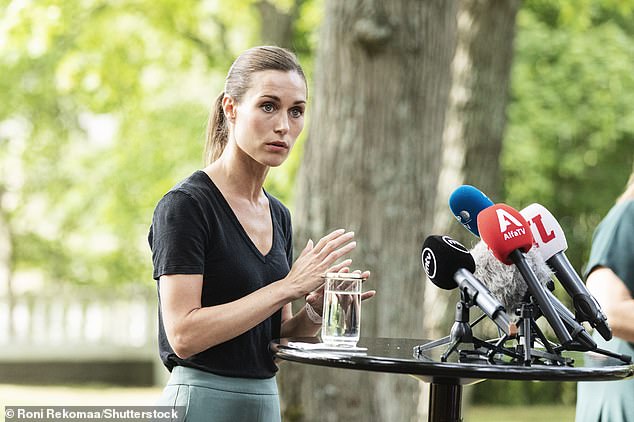 Ms Marin defended her actions, saying she drank alcohol with friends but did not do any drugs amid the allegations

She added: ‘Never in my life, not even in my youth, have I ever used any drugs.’

Last week, the PM defended her partying by insisting that ‘everyone needs a fun and relaxed evening out’ and that she should be allowed to let her hair down after spending most of her time juggling the responsibilities of governing and being a mother.

One of the leaked videos showed the Finnish PM dancing hip-to-hip with male pop singer Olavi Uusivirta in Helsinki’s Klubi nightclub at 4am, and said her only regret is that ‘private’ videos had made it into the public domain.

The night out has divided public opinion, with supporters of Ms Marin insisting she is entitled to blow off steam having guided her country through the Covid pandemic and defied Vladimir Putin to apply to join NATO.

But critics have said the behaviour is unbecoming of a world leader, while others pointed out that she was technically on duty for emergencies on the weekend in question and wondered whether she would have been capable of making decisions.

When that criticism was put to her on Friday, Ms Marin said her entire time in office has been spent in a ‘crisis’ and never once has she been called for a meeting in the middle of a Saturday night.

Questioned specifically about a developing military threat, she said that Finland’s security services would have detected a troop build-up on the border ahead of time and informed her. She insisted that she would have left the nightclub and gone to her desk, had it been required.

Ms Marin has, in the past, made a virtue of her ‘normal person’ image and claims to have received supportive messages from the public since the videos of her night out leaked.

Marin – who was appointed in 2019 at the age of 34 – has previously been the target of criticism over parties at her official residence.

In December 2021, she came under sustained criticism after it was revealed she stayed out dancing until the early hours despite having been exposed to Covid-19.

A poll commissioned by Finnish TV channel MTV3 at the time found two-thirds of respondents thought her night out was a ‘serious mistake’.