Fewer Covid patients in hospital are relying on ventilation compared to previous peaks during the pandemic, it has been revealed.

In a further sign that the Omicron variant is less severe than other strains of coronavirus, figures from London hospitals suggest a lower rate of mechanical intervention is needed among recent patients.

Yesterday, there were 3,744 patients in London’s hospitals with Covid compared to around 1,000 at the end of November.

Yet despite this, the number of mechanical ventilation beds in use increased from 175 to just 230.

This equates to around six per cent of people in hospital who require help to breathe – a significant drop compared to around 20 per cent during the summer. 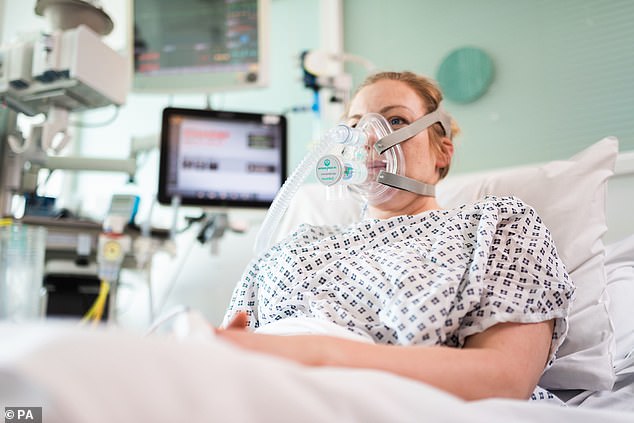 While Covid admission in London hospitals have more than tripled since November, numbers in ventilation beds rose from just 175 to 230

London has fast become the UK’s Omicron hotspot, with one in 20 people testing positive in the week leading up to Christmas.

Paul Hunter, professor of medicine at the University of East Anglia, said the reduced need for ventilation is a ‘hopeful sign’.

He told The Telegraph: ‘The lower rate of mechanical ventilation bed occupancy seems to be consistent across multiple European countries.

‘There was also data from South Africa that showed that people admitted to hospital with Omicron were still somewhat less likely to have a particularly bad outcome such as dying or being admitted to ICU.’

Six individual studies suggest the Omicron  variant multiplies more in throats instead of the lungs, which may be one reason why it seems more infectious but less deadly than previous strains.

One study from the University of Liverpool’s Molecular Virology Research Group claimed the strain led to a ‘less severe disease’ in mice.

It stated: ‘Those infected with the Omicron variant had less severe clinical signs (weight loss), showed recovery and had a lower virus load in both the lower and upper respiratory tract.

‘This is also reflected by less extensive inflammatory processes in the lungs.’ 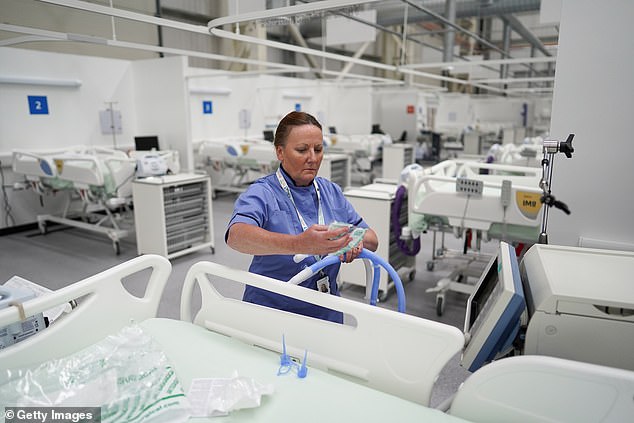 A growing body of evidence indicates the Omicron variant targets the throat instead of the lungs – leading to a milder illness.

The latest research builds on a study from the University of Hong Kong last month showing less Omicron infection in the lungs.

It found Omicron infects and multiplies 70 times faster than the Delta and original Covid variant, which may explain why Omicron transmits more easily.

But the study also found that Omicron infection in the lungs was ‘significantly lower’ than previous strains of the virus.

Research led by Professor Ravi Gupta at the University of Cambridge found Omicron was better able to evade vaccines, but still less likely to cause severe illness in the lungs.

Professor Gupta said: ‘We speculate that the more efficient the virus is at infecting our cells, the more severe the disease might be.

‘The fact that Omicron is not so good at entering lung cells and that it causes fewer fused cells with lower infection levels in the lab suggests this new variant may cause less severe lung-associated disease.’