The federal Labor Party will consider banning donations from Crown in light of a NSW report that found the company enabled money-laundering by criminals at its Melbourne casino. 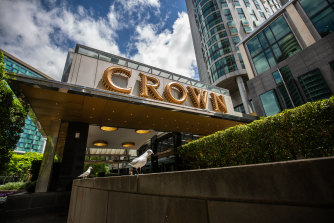 A NSW judicial found there was “no doubt” money laundering had occurred at Crown’s Melbourne casino.Credit:Scott McNaughton

Crown was the 13th largest donor to federal politicians in the previous financial year, with an outlay of $184,000.

Political transparency advocates say Crown’s political donations allow them greater access to politicians and leads to favourable outcomes, but a former Victorian gaming minister said donations from Crown and other corporate interests were “inconsequential” to the policy-making process.

“Crown has been a donor in massive sums for years. It obviously opens doors and gets you access which you otherwise would not get.”

“The fact they are donating most heavily in jurisdictions where they have casinos tells you it is related to some sort of benefit the company receives in respect to its operations,” said Geoffrey Watson SC, a director of the Centre for Public Integrity.

“Crown has been a donor in massive sums for years. It obviously opens doors and gets you access which you otherwise would not get.”

A NSW judicial review released on Tuesday found Crown was not fit to open a Sydney casino, stating there was “no doubt” money laundering involving an international drug-trafficking syndicate had occurred at its Melbourne casino.

Two representatives of James Packer, who owns 37 per cent of Crown, resigned from its board and a third ceased acting as a nominee on Wednesday after Commissioner Bergin highlighted the billionaire’s harmful influence over the company’s governance. 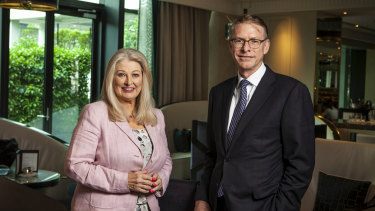 News Corporation reported on Thursday night Crown boss Ken Barton had agreed to resign following a meeting with chairman Helen Coonan. Crown did not respond to questions and Mr Barton could not be reached.

However, sources close to the company said Mr Barton had been in discussions with Ms Coonan about his future and expected his resignation would be imminent.

The Victorian Commission for Gambling and Liquor Regulation, which the government says may be reformed in light of the review, has instructed Crown to remove former AFL boss Andrew Demetriou as a board member. 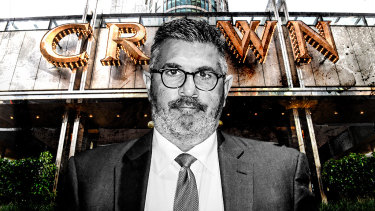 Late on Thursday, Mr Demetriou advised Ms Coonan of his resignation from the Crown Resorts board, effectively immediately.

“This was not an easy decision and I have thought carefully about taking this step,” the former AFL boss said in a statement.

“I have always been a team player and supported the greater good. I will therefore step down from the Crown Resorts Board to give Crown the best possible chance of becoming suitable to the NSW Regulator.”

Asked whether the Victorian Labor Party should continue receiving Crown donations, an Andrews government spokeswoman said: “This is a matter for the party, however all donations are declared appropriately”.

The NSW report states Crown contributed about $1.4 billion to the Victorian government’s revenue base since 2014. Premier Daniel Andrews has consistently emphasised the economic value of the casino, which is the largest single-site employer in Victoria.

Tony Robinson, Victorian government gaming minister between 2007-10, said the amount Crown had donated to parties was “inconsequential” relative to how much they spend during elections.

Mr Robinson has been highly critical of the Victorian Commission for Gambling and Liquor Regulation’s monitoring of Crown.

He predicted Crown would halt donations until it attempted to resurrect its brand, and said he never felt pressure to make policy decisions in Crown’s favour because of the donations his party received.

“I don’t think it had any influence on the way policy is made,” he said.

The federal Labor’s party secretariat said it would immediately “review” whether to continue taking money from Crown following the damning findings.

Labor leader Anthony Albanese declined to comment on the review, with a spokesperson saying it was a matter for the party executive. 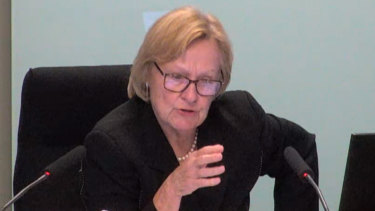 Former Supreme Court judge Patricia Bergin’s report found that Mr Barton was “no match for what is needed at the helm of a casino” and called Mr Demetriou’s appearance at her public inquiry “unedifying”.

Ms Coonan said on Thursday that she accepted the criticism from the report was warranted and repeated “our unreserved apologies for these shortcomings”.

“We do not underestimate the scale of the problem and appreciate there is a need for ‘root and branch’ change,” she said. “This change has commenced.”

Crown was set to open the gaming floors at its Sydney casino in late December but the regulator blocked it from doing so after evidence of money laundering at Crown’s Melbourne and Perth casinos emerged in the Bergin inquiry.

In 2018, the Victorian government introduced some of the strictest donation laws in the country that limit donors from contributing more than $4000 over a four-year term. Every donation over $1000 must be publicly disclosed.

This is because federal laws, which do not prohibit gambling donations, apply to donations to federal campaigns. NSW caps donations at $6600 per year for each donor.

The federal Labor Party is advocating for a cap on donations for federal elections.