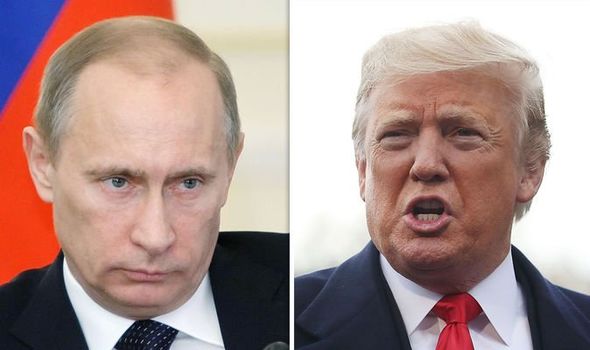 Mr Trump said the troops could come from US forces in Germany but avoiding directly criticising Vladimir Putin with the two set to meet in Japan in two weeks.

US troops were sent to Poland in 2016 in response to Russian involvement in Ukraine and NATO General Secretary Jens Stoltenberg has welcomed the news.

In a statement, Mr Stoltenberg said: “Today’s announcement is part of NATO’s measured, defensive and proportionate efforts to strengthen our deterrence and defence.” 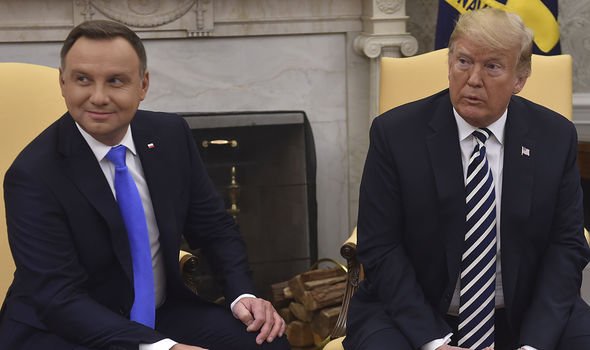 Mr Duda suggested he might name the installation “Fort Trump” after the US President.

He also went on to criticise Russia: “Russia again is showing its unkind, unfriendly imperial face, Russia is always looking out to take our territory.”

Mr Duda sparked protests in Poland last year when he tried to force the retirement of Supreme Court judges.

Telling to reporters these judges were legacies of Poland’s communist era, he also heard Mr Trump respond “no”, when asked if he supported the move. 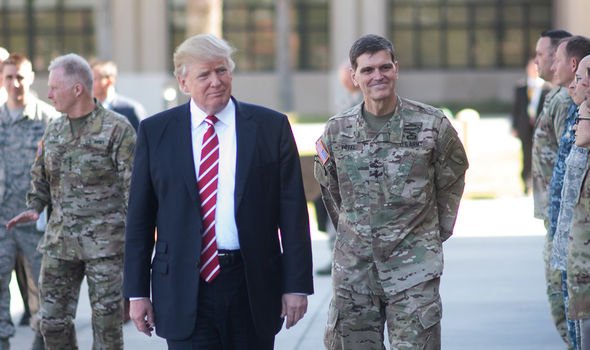 June has been a busy month for President Trump in terms of state visits as he has already visited the UK, Ireland and France.

He is set to visit South Korea’s President Moon Jae-in and Tokyo for the G20 summit at the month.

Mr Trump will turn 73 on Friday and Mr Duda wished him a happy birthday at a reception in the evening.

Some attendees even began singing happy birthday to the President in Polish.