A scientific analysis commissioned by the FBI shortly before agents went digging for buried treasure suggested a huge quantity of gold could be below the surface, according to newly released government documents and photos that deepen the mystery of the 2018 excavation in remote western Pennsylvania.

The report, by a geophysicist who performed microgravity testing at the site, hinted at an underground object with a mass of up to 9 tons and a density consistent with gold. The FBI used the consultant’s work to obtain a warrant to seize the gold – if there was any to be found.

The government has long claimed its dig was a bust. But a father-son pair of treasure hunters who spent years hunting for the fabled Civil War-era gold – and who led agents to the woodland site, hoping for a finder’s fee – suspect the FBI double-crossed them and made off with a cache that could be worth $400million. 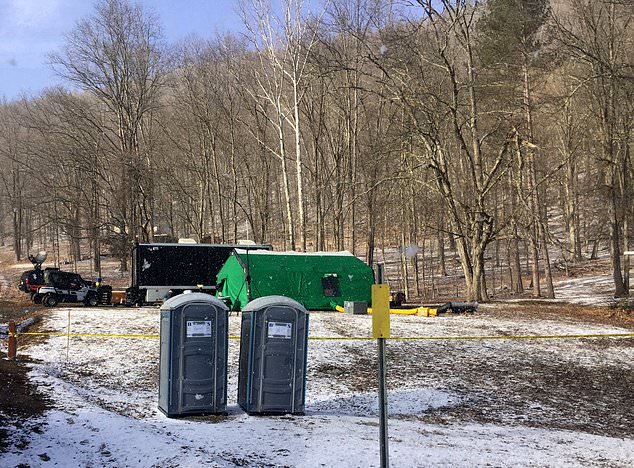 The report, by a geophysicist who performed microgravity testing at the site, hinted at an underground object with a mass of up to 9 tons and a density consistent with gold. The FBI used the consultant’s work to obtain a warrant to seize the gold – if there was any to be found 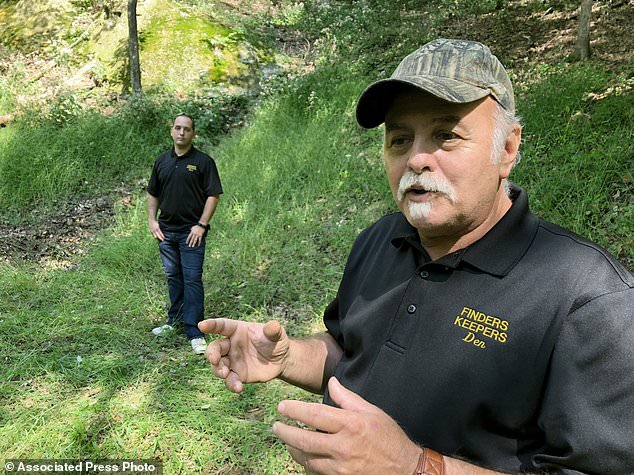 Dennis Parada, right, and his son Kem Parada stand at the site of the FBI’s dig for Civil War-era gold in September 2018

The newly revealed geophysical survey was part of a court-ordered release of government records on the FBI’s treasure hunt at Dent’s Run, about 135 miles (220 kilometers) northeast of Pittsburgh, where legend says an 1863 shipment of Union gold was either lost or stolen on its way to the U.S. Mint in Philadelphia.

Dennis and Kem Parada, who co-own the treasure-hunting outfit Finders Keepers, successfully sued the Justice Department for the records after being stonewalled by the FBI. Finders Keepers provided the FBI records to The Associated Press. The FBI subsequently posted them on its website.

The technical survey data collected by geophysical consulting firm Enviroscan gave credence to the treasure hunters’ own extensive fieldwork at the site – and prompted the FBI to excavate in a massive, secretive operation that lasted for several frigid days in late winter of 2018.

John Louie, a geophysics professor at the University of Nevada, Reno, unconnected to the dig, reviewed Enviroscan´s report at the request of the AP and said the firm´s ‘methods were very good,’ and ‘their conclusions represent a physically reasonable hypothesis’ that gold was buried at the site. 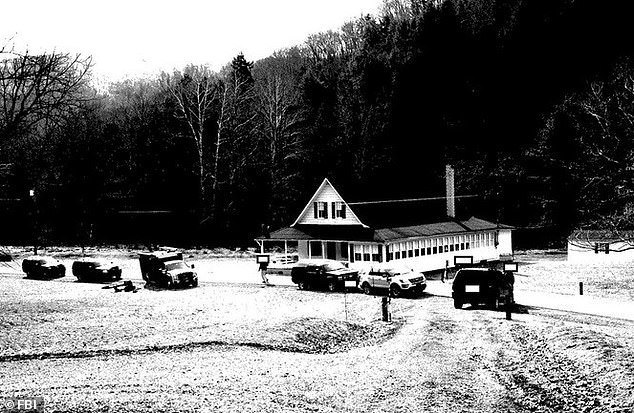 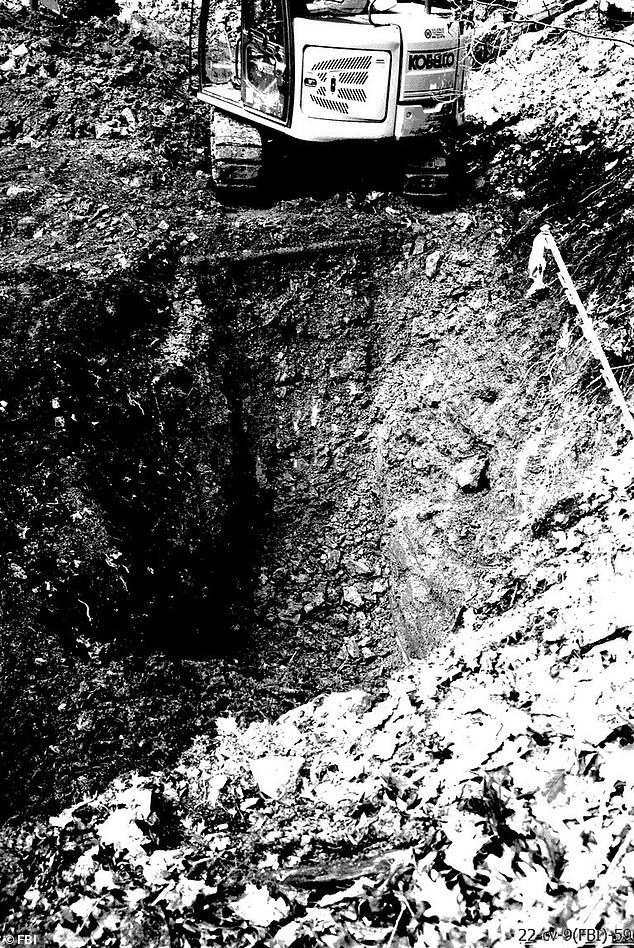 But he cautioned the subsurface gravity anomaly that Enviroscan identified did not definitively establish the presence of gold. There are other technical reasons why Enviroscan´s data could have turned out the way it did, Louie said.

‘Thus, it is also entirely reasonable that the FBI did not find anything at the site, because there was not really any gold there,’ he said via email.

Enviroscan co-founder Tim Bechtel declined to comment about his work at Dent´s Run, saying the FBI has not given him permission to talk. The FBI would not discuss Bechtel this week but said that after the dig, agents ‘did not take any subsequent steps to reconcile the geophysical-survey findings with the absence of gold or any other metal.’

A one-paragraph FBI report, dated March 13, 2019 – exactly one year after the dig – asserted agents found nothing at Dent´s Run. No ‘metals, items, and/or other relevant materials were found,’ the report said. ‘Due to other priority work … the FBI will close the captioned case.’ 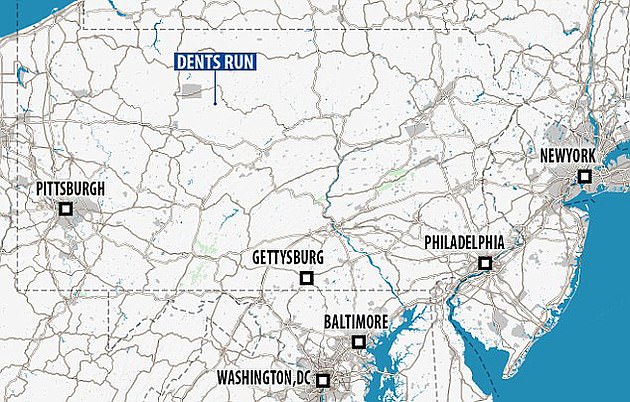 Anne Weismann, a lawyer for Finders Keepers, cast doubt on the FBI report´s credibility. She cited its brevity, as well as its timing – it was written after Finders Keepers began pressing the government for records.

‘It does not read like one would expect,’ said Weismann, a former Justice Department lawyer. ‘If that is the official record in the file of what they did and why they did it, it says almost nothing, and it’s crazy.’

She added that if the government does not produce a fuller, more contemporaneous accounting of its search for the gold, it ‘will heighten my view that this is not an accurate record and this was created as a cover-up. And I don’t say that lightly.’

In response, the FBI said the single-page document ‘is representative of the standard summaries filed when formally closing an FBI investigation.’

The agency has consistently denied it found anything.

Agents acted on information that Dent´s Run ‘may have been a cultural heritage site containing gold belonging to the United States government,’ the FBI said in a statement, but ‘that possibility was not borne out by the excavation. The FBI continues to unequivocally reject any claims or speculation to the contrary.’

The trove of documents turned over to Finders Keepers also included nearly 1,000 photos, in grainy black-and-white, that show some – but certainly not all – of what the FBI was doing at the dig site, according to the treasure hunters.

Residents have previously told of hearing a backhoe and jackhammer overnight between the first and second days of the dig – when the work was supposed to have been paused – and seeing a convoy of FBI vehicles, including large armored trucks.

The FBI denied any work took place at the site after hours, saying the ‘only nighttime activity was ATV patrols by FBI Police personnel, who secured the site around the clock for the duration of the excavation.’

Parada suspects the FBI retrieved the gold in the middle of the night and then showed the treasure hunters an empty hole on the afternoon of the second day.

‘It´s very curious why the FBI is going to such an extent to misdirect and be so obstructionist on this,’ said Warren Getler, who has worked closely with the treasure hunters. ‘They worked that night under cover of darkness to evade, escape our knowledge of something we´re supposed to be partners in.’

Many of the FBI photos are seemingly irrelevant, including the hundreds of images of random trees and a woodland road leading to the dig site, while others simply don’t add up or raise additional questions, assert Parada and Getler, author of ‘Rebel Gold,’ a book exploring the possibility of buried Civil War-era caches of gold and silver.

FBI agents are shown standing around the hole in photos that appear earlier in the series, but they are absent from nearly all of the later images at the dig site. 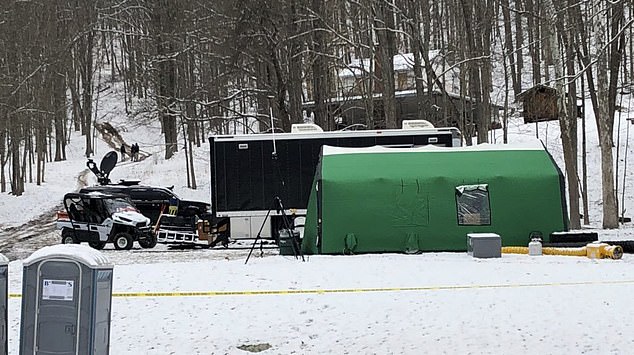 The newly revealed geophysical survey was part of a court-ordered release of government records on the FBI’s treasure hunt at Dent’s Run, about 135 miles (220 kilometers) northeast of Pittsburgh, where legend says an 1863 shipment of Union gold was either lost or stolen on its way to the U.S. Mint in Philadelphia

Getler and Parada say the lead FBI agent told them the hole was filled with water the morning of the second day, but the low-quality images released by the government show only a small puddle or perhaps a bit of snow. They said that same agent spent most of the second day at base camp – where Getler and the treasure hunters say they were largely confined to their car – and not at the dig site.

The FBI said it’s standard for photos to ‘document site conditions before, during, and after FBI operations,’ Parada claims it all points to a clandestine overnight dig and a second-day excavation that was just for show.

The FBI records also show that several weeks before the excavation, an agent with the agency’s art crime team approached Wells Fargo to ask whether it shipped gold by stagecoach for the U.S. Mint in 1863.

Wells Fargo historians turned up no evidence of it but said records from the era are incomplete. Wells Fargo did ship gold by stagecoach, a corporate archivist wrote in an email to the FBI, but large quantities of the precious metal, as well as gold that had to be carried long distances, were ‘better transported by ship or train.’

Getler said the gold might have been transported by wagon, not stagecoach.

Additional FBI releases are expected over the coming months.